Where To Watch Shop Store Contact
Home / Stories / 6 far-out facts about the wacky Star Wars Holiday Special
Did you know?1970s

Stars like Bea Arthur and Art Carney traveled to a galaxy far, far away for this notoriously bad TV film. 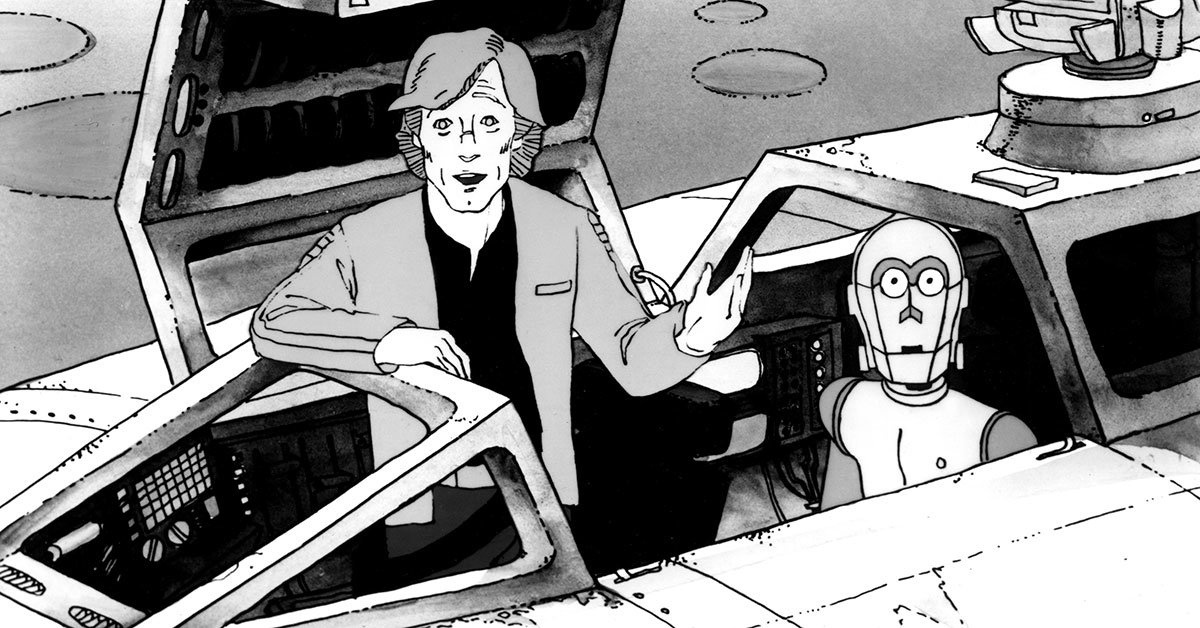 Celebration, family, togetherness… Wookiees? If a big walking carpet doesn't get you in the holiday spirit, what will? 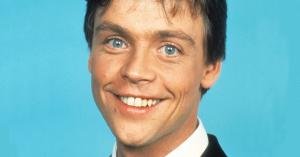 That was sort of the idea behind CBS's ill-fated 1978 Star Wars Holiday Special. The network brought the idea of a holiday variety special to Star Wars director George Lucas, hoping that a year out from the massive success of the first film, fans would be eager for more from their beloved characters: Luke, Leia, Han, R2-D2, C-3PO and Chewbacca. It was a big opportunity to bring a blockbuster film to the more accessible world of home television, and a way to whet the appetite of audiences before the release of sequel The Empire Strikes Back in 1980. Lucas was reportedly not stoked about the idea, but offered up some inspiration and allowed the production to go forward.

The rest, as they say, is history.

The Star Wars Holiday Special, which reunited most of the main cast — including Mark Hamill, Harrison Ford, Carrie Fisher, Peter Mayhew and Anthony Daniels — was so poorly received by fans and critics, it remains a punchline today. It ranks No. 1 in the book What Were They Thinking?: The 100 Dumbest Events in Television History by David Hofstede, and is practically disowned by Lucas and the cast.

Still, we sort of have a soft spot for the special, which is so unrelentingly cheesy in a way that can only be earnest. Here are some more facts about the Star Wars Holiday Special you might not remember.

1. The special introduced us to Boba Fett. 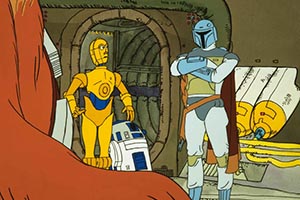 Yes, believe it or not, the one lasting thing the Star Wars Holiday Special gave the world was the character Boba Fett. The Mandalorian bounty hunter technically made his first appearance in the 1978 San Anselmo Country Fair parade, but the special was his screen debut — and it was animated. The live-action character turned up in Empire and became one of the most beloved in Star Wars canon. In a way, the hit Disney+ streaming series The Mandalorian owes its existence to the Holiday Special… but more on that later. 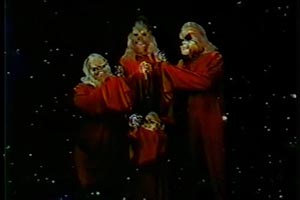 The special has several smaller storylines, but the main plot focuses on Han Solo and Chewbacca visiting Chewbacca's home planet Kashyyyk to celebrate Life Day, which is essentially a Wookiee mash-up of Thanksgiving and Christmas. George Lucas had almost nothing to do with the special, and does not receive a credit, but it was his idea to build the narrative around Chewbacca's family and the Life Day holiday. 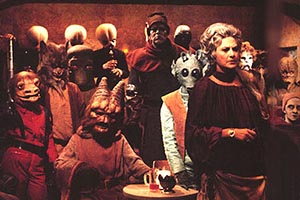 We're not sure how CBS convinced stars like Bea Arthur and Art Carney to show up (we assume the popularity of the Star Wars brand helped), but show up they did. Arthur played Ackmena and ran the Mos Eisley Cantina; Carney played a Kashyyyk trader named Saun Danns. Harvey Korman portrayed three characters (including a four-armed alien woman who's also a chef), while Jefferson Starship and Diahann Carroll performed some pretty trippy musical numbers.

4. Princess Leia gets a musical number.

It probably made sense to the writers to give actress Carrie Fisher a triumphant musical performance to close out the show. Fisher was, after all, the daughter of crooner Eddie Fisher and Singin' in the Rain actress Debbie Reynolds. No offense to Carrie, who really gave it her all, but the weird transformation of the main Star Wars theme into a touching holiday sing-along proved a bit difficult to pull off.

5. The cast still makes fun of it. 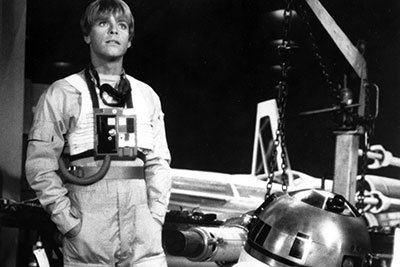 In a 2006 appearance on Late Night With Conan O'Brien, Harrison Ford jokingly told the host that he had no memory of making the Star Wars Holiday Special and that it therefore "doesn't exist." Carrie Fisher said in several appearances that she enjoyed showing the special at parties, "mainly at the end of the night when I want people to leave." Mark Hamill said in a Reddit AMA that he "thought it was a mistake from the beginning" and that it was "unlike anything else in the Star Wars universe." But he keeps a good spirit about it, adding they should make an extra on the DVDs to "show how incredibly fallible we are!"

6. The Star Wars Holiday Special is back in the canon? 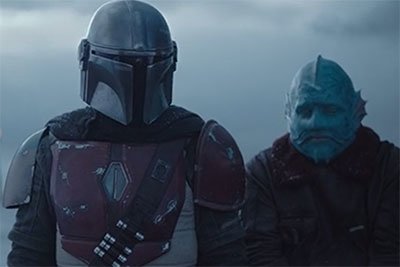 As we have made clear, the Holiday Special has been largely banished and erased from Star Wars lore by all involved. However! There are two significant references to it in the new series The Mandalorian. In an early scene, the titular bounty hunter brings in a blue alien (Horatio Sanz) who talks about celebrating Life Day. That's right! Life Day is back in the canon! To boot, "the Mando" carries around a nifle rifle — the same weapon carried by Boba Fett in the Holiday Special. 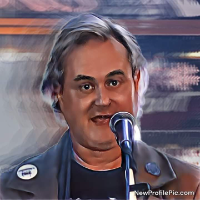 Runeshaper 1 month ago
The Mandalorian was a GREAT series!
Like (2) Reply Delete

Hogansucks1 26 months ago
Question:? Why they didn’t present Chewey with a medal also ? (Ep. IV). That has always bothered me !!! 😒
Like (1) Reply Delete

RayMIGHTwatch Hogansucks1 21 months ago
At least they made things right... sorta... 20 years later:

BenSobeleone Hogansucks1 1 month ago
Well at least Chewy got the last "word" in the movie!
Like Reply Delete

Hogansucks1 26 months ago
Also interesting, is the picture caption we clicked on to get here, the main character’s are lined up for the medal ceremony- Why is Chewey wearing a robe, and is that a trophy/medal in his hands he should have received rightly at the end of episode IV ?? 🧐. I’ve never seen this photograph before! COOL!! 🙂
Like Reply Delete

Hogansucks1 26 months ago
Yea, it was a pretty gaudy production, the director should have been blacklisted! But still, being the hardcore Star Wars fan that I am, ‘SOME’ of the scenes by the main characters, I still define them as bonus clips that have to be included in a diehards collection on the self !!! 🤫🙂
Like (1) Reply Delete

OldTVfanatic 26 months ago
The only highlight for me was Jefferson Starship’s performance.
Like (2) Reply Delete

Andy 38 months ago
I remember seeing this the only time it ever ran and being incredibly disappointed with it. Not even the Boba Fett segment saved it.
Like (2) Reply Delete

DarrylHeine 38 months ago
Why can't Disney Plus stream this special?
Like (3) Reply Delete

Andy DarrylHeine 36 months ago
Looking at the production credits, I'm thinking the rights to various segments and performances might be tied up with other companies and would need to be renegotiated.
Like (2) Reply Delete

OldTVfanatic DarrylHeine 26 months ago
Disney doesn’t own the original TV rights to this. CBS does.
Like (2) Reply Delete

HerbF OldTVfanatic 25 months ago
CBS was only the network who aired the show, they have no rights to the special - they just purchased a single airing. 20th Century Fox Television produced it. Lucasfilm was involved. Both 20th and Lucasfilm are now owned by Disney :)
Like (2) Reply Delete

UnicornPrincess 38 months ago
I love the RiffTrax version and watch it almost every Christmas. It's sooooo hilarious, and the cameos from celebs make it even better.
Like (4) Reply Delete

RobCertSDSCascap 38 months ago
#7- Carrie Fisher was DRUNK!
Rifftrax had a lot of fun with this, even Riffing the commercials of 1978.

George Lucas famously tried (and failed) to buy up all master copies to make sure it was never broadcast again.

"If I had the time and a sledgehammer, I would track down every bootlegged
copy of that program and smash it."
-George Lucas
But hey, kids enjoyed some nifty Star Wars toy commercials.
Thanks, Kenner!
Like (3) Reply Delete

MrsPhilHarris RobCertSDSCascap 38 months ago
I have not seen it but how could it be that bad?
Like (2) Reply Delete

RobCertSDSCascap MrsPhilHarris 38 months ago
Start with the Wookies speaking without Closed Captioning.
Did I mention Fisher was drunk?
Like (2) Reply Delete

moax429 MrsPhilHarris 38 months ago
I saw it, and thought it was only so-so.

But, I later discovered Ken and Mitzi Welch - who were responsible for those inane musical numbers on "The Carol Burnett Show," and also worked with the Pointer Sisters (before Bonnie Pointer dropped out and went solo) - were involved. Maybe that was another reason this special was a bomb.
Like (3) Reply Delete

Jayme RobCertSDSCascap 25 months ago
The next day she hosted Saturday Night Live... so she got high right after that.
Like Reply Delete

cperrynaples 38 months ago
Finally, a high-quality copy has been posted on YouTube so you can judge for yourself!
Like (3) Reply Delete