Not even androids, mimes, Kim Basinger and Raymond Burr could save these series. 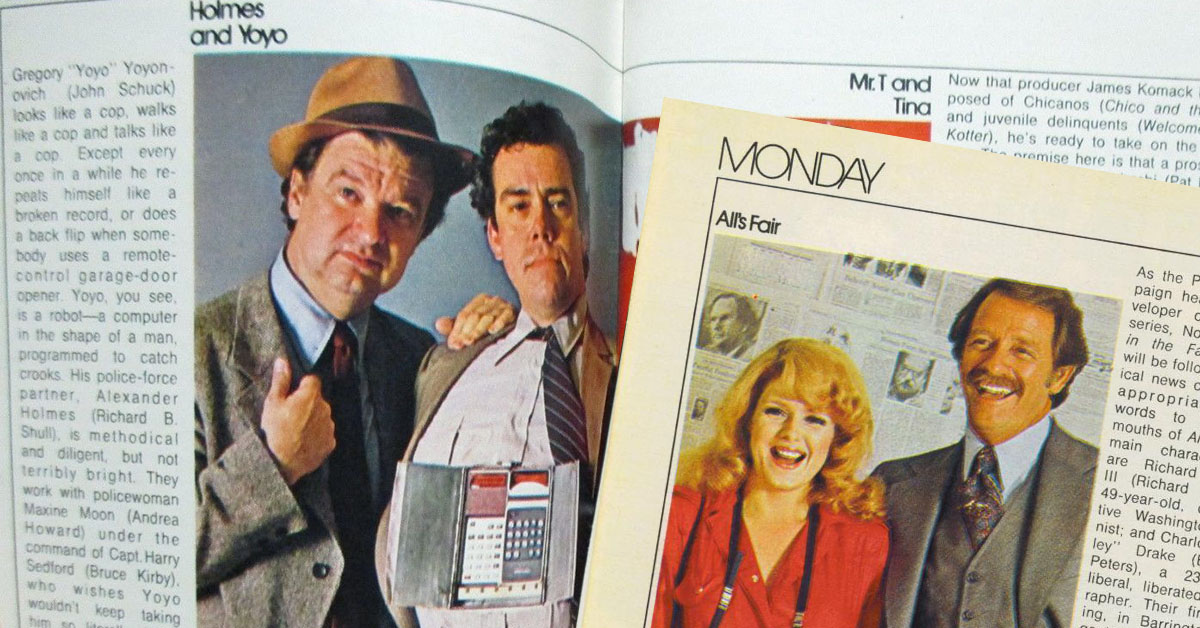 The fall of 1976 was not a great one for television networks. The schedule was riddled with turkeys. For every hit like Alice and Charlie's Angels, there was a handful of duds, as familiar stars crashed in sitcoms and spin-offs like The McLean Stevenson Show and Mr. T and Tina.

Frankly, there are too many flops to list here. Failures like Busting Loose were replaced by mime variety hours (Shields and Yarnell) only to be filled by unpronounceable comedies (Szysznyk). And that was just Mondays at 8:30PM on CBS.

Here are some of the fascinating failures from the 1976–77 television season. 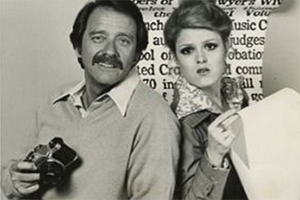 She's a liberal! He's a conservative! Bernadette Peters headlined this Norman Lear creation, a comedy of political relationships. Though the bigger issue might have been age — she was 23, while he was 49. Aside from its loveable star, All's Fair was notable for casting a young Michael Keaton as an aide to Jimmy Carter. 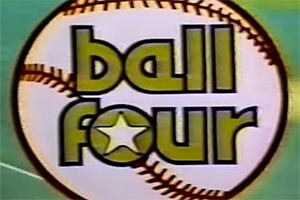 Pitcher Jim Bouton pulled back the curtain on America's pastime with his professional baseball memoir Ball Four. The bestselling book exposed the rowdy life of (some) MLB players. The autobiography from the Big League Chew bubblegum co-creator was such a smash that it spawned a comedy. Bouton himself starred in and wrote for the show, which followed the fictional Washington Americans. To capture the blue language of ballplayers, the show dreamt up fake curse words like "bullpimp" and "horse-crock." It lasted five episodes. 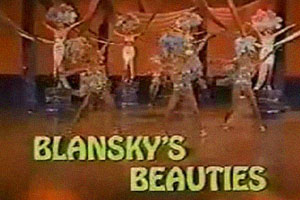 Happy Days hit about .500 with its spin-offs. Laverne & Shirley and Mork & Mindy obviously knocked it out of the park. However, Blansky's Beauties was a balk. (Excuse us, baseball is still on the mind.) Nancy Walker played the title character, a cousin of Howard Cunningham, who served as den mother to a bunch of Vegas showgirls. 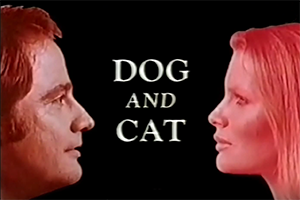 The georgeous Kim Basinger was J.Z. Kane, a young cop partnered with Sgt. Jack Ramsey (Lou Antonio). No, in case you were wondering, that is not how Jay-Z got his name. Despite the alluring actress and her nifty car — a Volkswagen Beetle with a Porsche engine — Dog and Cat sputtered out after six episodes.

A belated adaptation of the 1954 film Executive Suite, this sensationalist primetime soap opera featured plots like "Yvonne's husband wants to reissue a pornographic film" and "Summer is assaulted by a gang." It was later replaced by The Andros Targets, another bust.

6. The Feather and Father Gang

Stefanie Powers and Harold Gould (the original Howard Cunningham) starred in this crime drama that mixed con-artists with legal eagles. Critics labeled it a knock-off of Switch. If you can't beat 'em, join 'em: Powers next teamed with Switch star Robert Wagner in Hart to Hart. 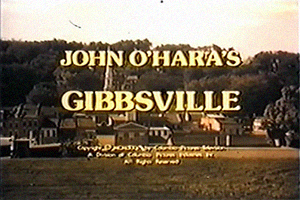 Gig Young, who met his past in the nostalgic "Walking Distance" on The Twilight Zone, acted in another story about a man returning home. John Savage was that leading young man, a Yale failure who heads home to be a reporter, in this literate adaptation of John O'Hara's written works. Thursday nights were hardly "must-see TV" that year, as NBC struggled mightily with this, the spy-fi hour Gemini Man and the variety hour Van Dyke and Company. 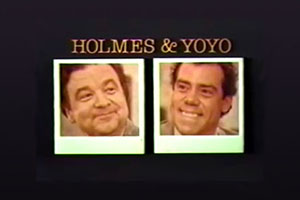 In the fall of 1976, ABC took a dive into android action with this lighthearted police series. The network had already scored two smashes with The Six Million Dollar Man and The Bionic Woman. Futureworld, the sequel to Westworld, was in movie theaters that summer, alongside Logan's Run. Kraftwerk was taking science fiction to rock & roll with its robot pop. Androids were hot. Yoyo was closer to Hymie on Get Smart, though not as funny. 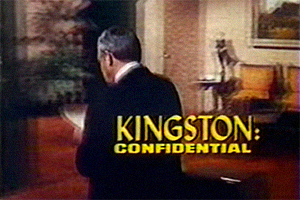 Raymond Burr played two iconic television characters in Perry Mason and Ironside. They can't all be winners. On Kingston, he portrayed a media mogul along the lines of William Randolph Hearst or Charles Foster Kane. It had nothing to do with Jamaica. 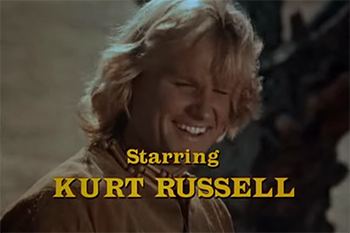 Half a decade after the "rural purge," Westerns were a dicey proposition. Nevertheless, NBC green-lit this oater, perhaps due to its handsome leading men, Tim Matheson and Kurt Russell. The two played brothers seeking their lost sister, who is being held by the Cheyenne. The show did earn an Emmy nomination for costume design, and its failure probably had more to due with a fading genre than anything else.

Turns out a show featuring crop dusting was no match for Donny and Marie and Sanford and Son. We kid; this action series about an aviation company in California did inject more genuine action, including Bill Bixby as a stunt pilot. 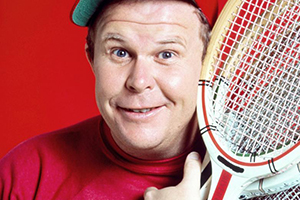 What rhymes with "Sneeze-wick" and featured Ned Beatty as an ex-Marine running a recreation facility? Now you know. 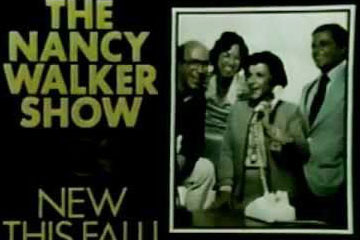 Nancy Walker seemed like a sure bet in 1976. The veteran of McMillan & Wife and The Mary Tyler Moore Show, best known as Rhoda's mother, led this comedy about marriage and the management of a talent agency. The Norman Lear production, like most of his brilliant work, pushed boundaries. Despite its pedigree, it could not beat The Tony Randall Show and Hawaii Five-O.

BillLee 4 months ago
Nancy Walker had better luck as a co-star than a star of her own series.

CarlaMoodyRogers 18 months ago
I actually LOVED Cat & Dog! When I saw the title of this article, I thought of the show. The next year, '77, another favorite of mine appear Quark! The good ones die young...
Like Reply Delete

BrittanyDale 19 months ago
GetTV has The Quest on it on weekends... i LOVE that show, so sad it was short lived... along with Hondo and Shane...
Like (1) Reply Delete

BigGiant66 19 months ago
I remember watching Syznyk as a kid.

JeffBaker 20 months ago
I remember several of these: "All's Fair" and "Holmes and Yoyo" would not be out of place on MeTV!
Like (1) Reply Delete

BrianSkii 28 months ago
As I remember 'Blansky's Beauties'. They had Scott Baio and the guy who played "The Big Ragoo" (Laverne & Shirley) as regular characters.
Also Arnold (Karate Kid version) & Pinky (the biker chick) from Happy Days.
She had a huge Great Dane named "Blackjack" who did tricks.
Like (1) Reply Delete

RedSamRackham 28 months ago
* I liked Szysznyk because it reminded me of our near-by city park and the park director who organized so many great activities for us neighborhood youngsters and was sad when it quickly fizzled ratings-wise. Those other failed shows were pretty much mediocre brain candy. ♣
Like (3) Reply Delete

idkwut2use 28 months ago
Omg, All’s Fair sounds kinda awesome...I’m a huge Bernadette fan, and that kind of age gap never seemed odd to me at all. xD Older guys. Yeeeaaahhh.
Like (3) Reply Delete