12 things we miss about going to the movies

We could use double the butter and double features. 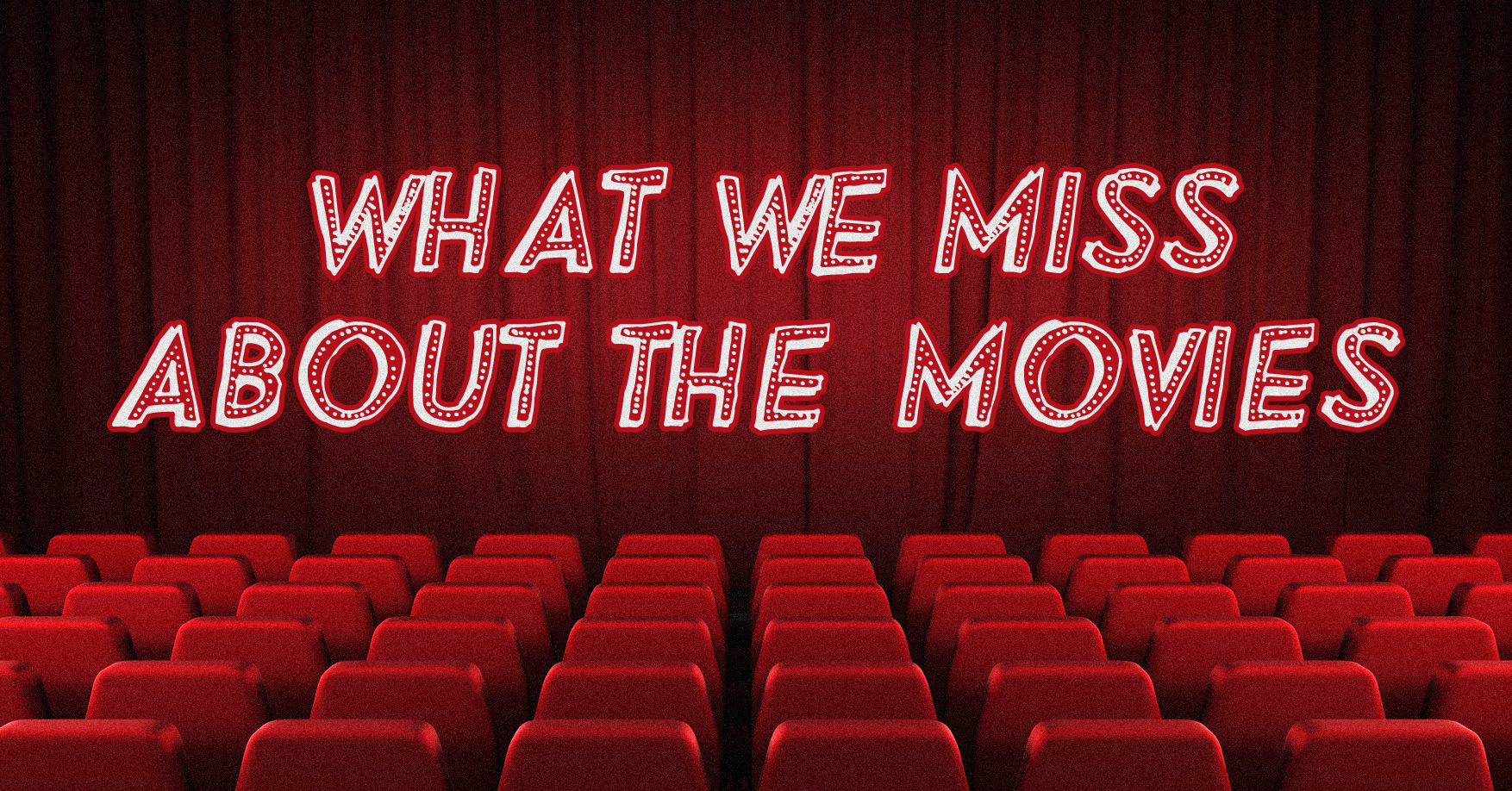 We still go to the movies. A lot. Modern conveniences like MoviePass make it a breeze. Plus, we just really love being absorbed by stories on the big screen. Reclining seats and food service in upscale mulitplexes have made it a pretty posh experience, too.

That being said, there are still several things we miss about 20th-century moviegoing. Here are a dozen. What do you miss the most? 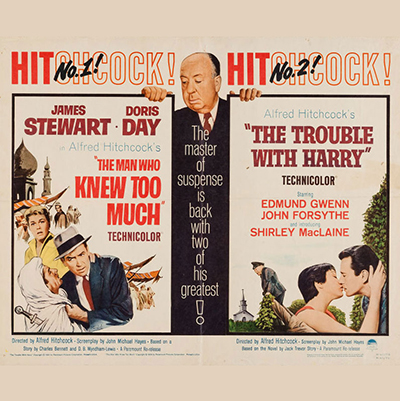 The two-for-one practice was far more common in the midcentury. Studios slapped together Audrey Hepburn and John Wayne films. B-movies teamed up for twice the thrills. And here we see a Hitchcock doubleheader. 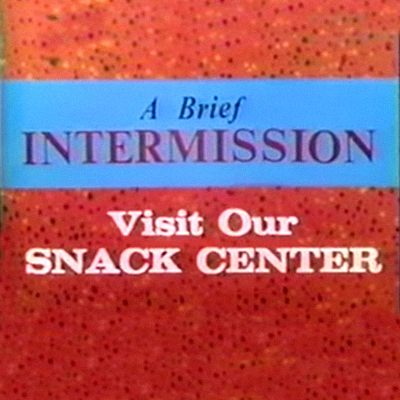 Movies can be lo-o-ong these days. The average seemed to be creeping up towards three hours. They were back then, too. (Just see Hatari and Gone with the Wind for examples.) But at least in the golden age there were intermissions. We want a chance to refill that popcorn without missing a scene.

3. Tickets that were worth scrapbooking 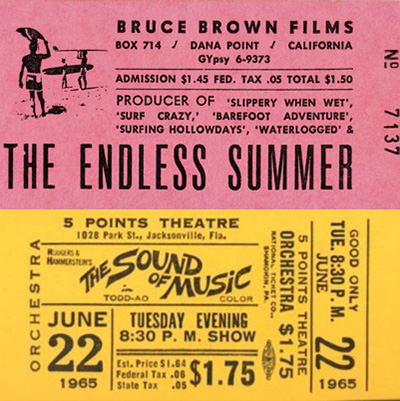 Most of us have digital tickets, so paper stubs in general are dying off. But beyond the physical ephemera, we miss the detail of a classic movie ticket. Look at these two from the 1960s. That's something worth saving.

4. Cartoons before the feature 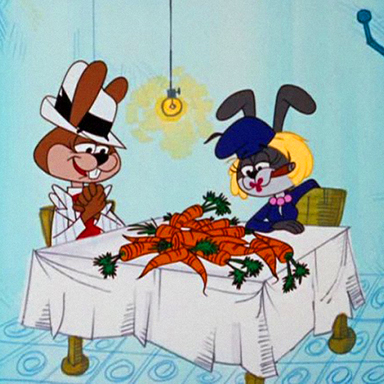 Pixar and other animation studios keep up the practice to some extent, but we miss the days of a short cartoon before every movie. It sure beats watching commercials for Coke, cars and television shows. Animated shorts thrived in the 1930s and 1940s, and carried on up through the end of the 1960s. Bunny and Claude, seen here, were some of the final Warner Bros. characters shown theatrically, hitting screens in 1968. 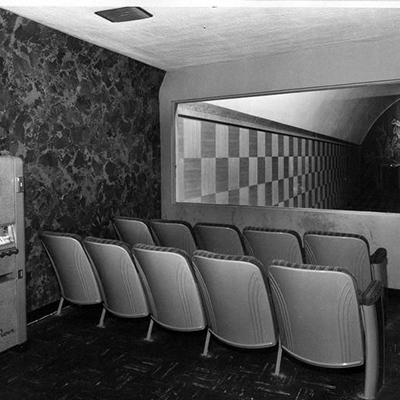 Now this is a brilliant idea. Parents with crying, screaming or just unruly children could take their kids into a soundproofed room, so as not to disturb the other patrons. Today, the chambers would be reclassified as Cry and Cellphone Rooms, of course. In Seattle, some moviehouses still offer cry rooms. Let's make it a standard! 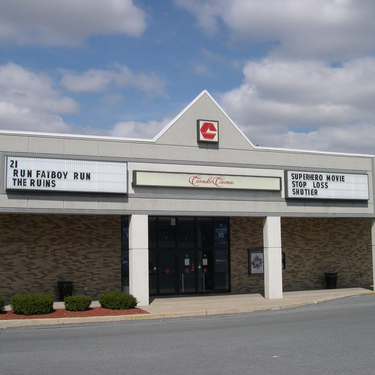 Ah, how we miss second-run movie theaters. The megamultiplexes killed them off. When a movie theater has 18 screens, films hang around a lot longer. Back in the day, when four-, six- and eight-screen theaters were the norm, older films would get bumped out after a few weeks. But they were still months away from home video. So, dollar theaters would snatch up the releases from the prior month, and kids today can guess how much they cost.

7. Curtains that opened and closed 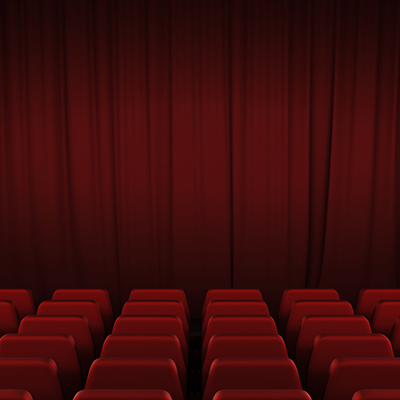 Sure, there are decorative "curtains" to the sides of movie screens today, but they are mostly just for show. We miss the moment the motor would start up and peel back the red velvet to reveal the screen. It's just more theatrical.

8. Everyone using real butter on popcorn 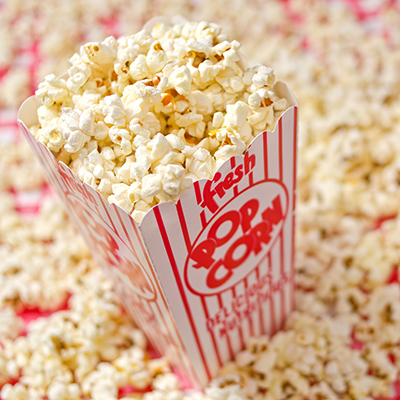 Real dairy has been relegated to local indie theaters. The big chains mostly use flavored oil. Having worked in movie concessions as teens, having seen the giant tubs of it, we are turned off from the stuff. 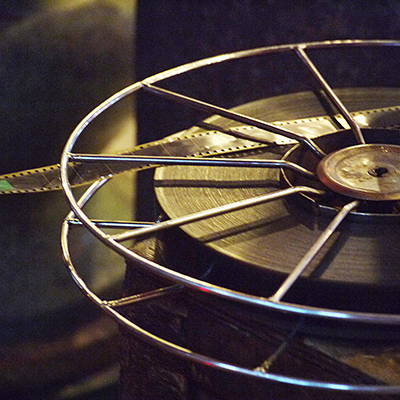 Admittedly, it sometimes broke. Or caught in the projector and melted. Or perhaps the projectionist spliced in one reel upside down. We witnessed it all. But we'll trade the occassional mishaps for the aesthetic of analog film. Digital feels like another artform — well, television. Besides, we recently were at a show and the movie would not download to the projector, so mishaps can still happen. 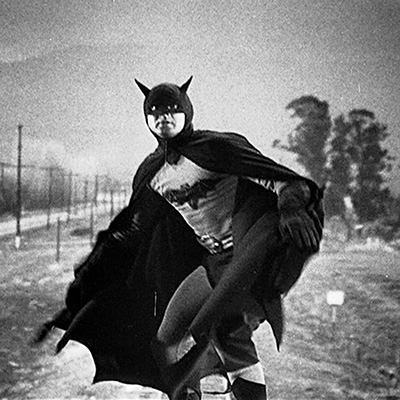 In a way, the Marvel Cinematic Universe is the modern serial, delivering a new episode every few months. Star Wars is turning into one, too. But we long for the days of Batman and Robin or Flash Gordon. Sure, it was essentially TV before TV sets, but there's something about seeing those shorts on a big screen. And the cliffhangers! We need more cliffhangers. 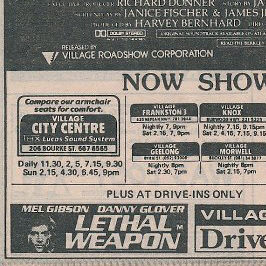 There is no point to them anymore, we know. We have three apps on our phone that will give us this information in a matter of seconds. Still, we loved flipping through the monochrome posters, seeing which local theater would get the latest blockbuster. 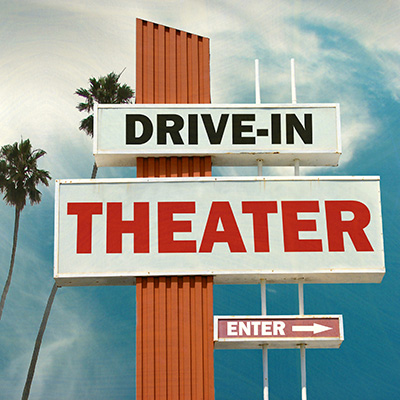 There are still some drive-ins scattered around the United States, but back in the day every town had one. The sound coming through the tiny box hanging on your window was certainly not THX or Dolby — or even stereo — but the radio tune-in fixed that problem. It's like everyone has their own private cry room. Text away to your hearts content.

One thing we do not miss: The old seats 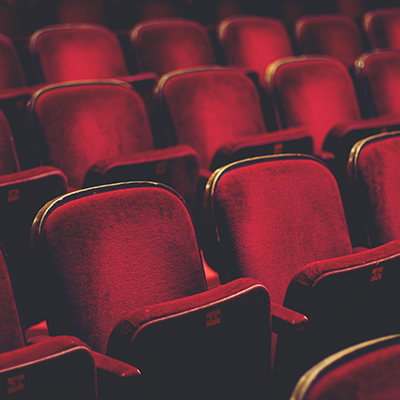 We mentioned the recliners earlier. Ooh, and stadium seating. We certainly do not miss having our knees jammed into a plank of plywood. Nor do we miss seeing a sea of head silhouettes obstructing the screen.

Amalthea 45 months ago
As a short person, I appreciate the new seating setup. I remember one time I had gotten a great seat, and I turned to my friend and said, "Now watch: some 6-foot-tall giant is going to sit right in front of me." I heard a sound: I looked up, and there was a 6-foot-tall gentleman, looking sheepish...he said, "I'm sorry; I'll sit somewhere else." He was just about to take the seat in front of me! LOL
Like Reply Delete

jamiahsh 45 months ago
Star Wars was a serial long before the Marvel films came out. Each of the saga entries are numbered (beginning with the 1st anniversary re-release of Episode IV)
Like Reply Delete

jamiahsh 45 months ago
The endless trailers and COMMERCIALS we pay $8+ to see that we see daily at home? I’d trade those commercials for a good Woody Woodpecker or Pink Panther cartoon any day. At least Disney gave us an Olaf short before Coco.
Like Reply Delete