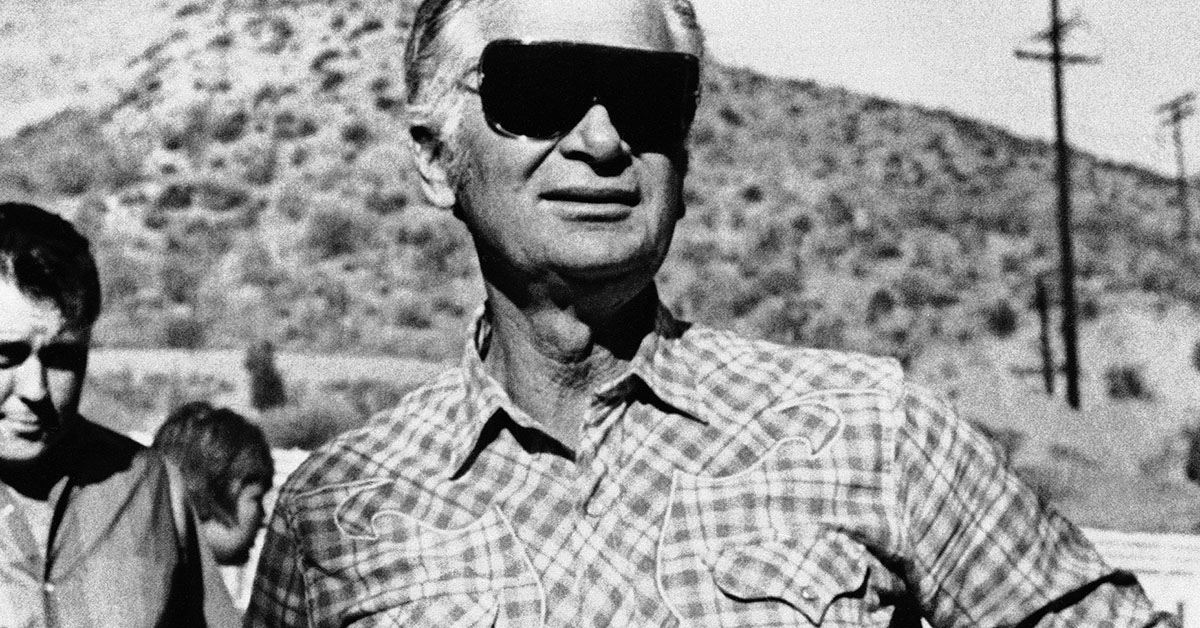 Few actors have been skilled and fortunate enough to appear on screens across seven decades. From dancing on the silver screen during the Great Depression to voicing a character on King of the Hill at the turn of millennium, Buddy Ebsen built a staggering career. The dancer, singer, actor and comedian is a legend.

Of course, in the middle of that lengthy career, Ebsen starred in two hugely successful televisions series, The Beverly Hillbillies and Barnaby Jones, which racked up nine and eight seasons, respectively. And to think, the Orlando-raised entertainer almost became a doctor.

To celebrate the multitalented artist, here are a dozen things you might not know about Buddy Ebsen.

1. The first movie he appeared in was nominated for a Best Picture Oscar. 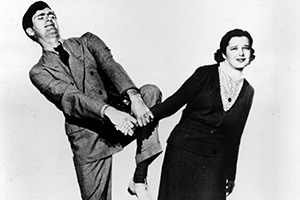 Buddy and Vilma Ebsen move to the Big Apple to get their tap shoes in the door of showbiz. After showcasing their skills on stage, the two were cast in the smash musical Broadway Melody of 1936. The flick was nominated for three Academy Awards, and came home with one for Best Dance Direction. It would be Buddy's only film with sister Vilma Ebsen — and her only screen role. One of the sweaters he wore in the movie foreshadowed this next fact… 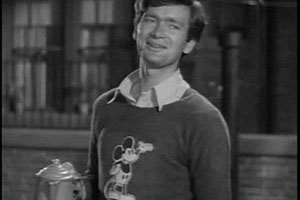 Ebsen sported a cool Mickey Mouse top in Broadway Melody, and little did he know that the cartoon icon would soon be mimicking his moves. Walt Disney had the lanky but graceful Ebsen perform moves for the animators of the Silly Symphonies. Later, Disney had Ebsen dance for Imagineers devising Audio-Animatronics, the robotic puppet technology seen on theme park rides like Pirates of the Caribbean.

3. He was cast as both the Scarecrow and the Tin Man in 'The Wizard of Oz.' 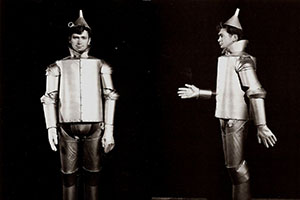 Imagine what the immortal movie might have been with Ebsen. MGM initially cast Ebsen as the Scarecrow, but he and Bulger eventually swapped roles. Buddy would have been the Tin Man had it not been for the aluminum dust used in the makeup. The dangerous material collected in the actor's lungs. "One night in bed I woke up screaming… I was sure I was dying," he wrote in his autobiography. As Ebsen recouperated, the studio recast the role with Jack Haley — and came up with a safer makeup technique.

4. He was a lieutenant in the Coast Guard. 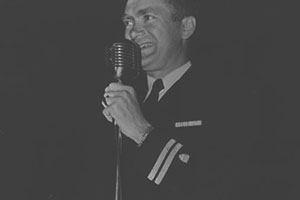 In 1941, two years after The Wizard of Oz, Ebsen joined the military. He served on the Navy frigate USS Pocatello, a weather ship that served on Station Able.

5. He was also originally cast as Davy Crockett — but at least got another part in that classic. 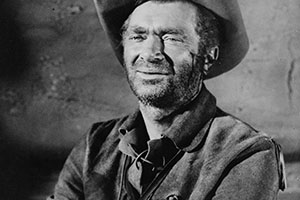 The resilient actor lost out on another iconic role. Ebsen was set to play the titular frontiersman for the 1955 television miniseries — until Disney fell in love with Fess Parker from the sci-fi flick Them! Thankfully, Ebsen was shifted over to the sidekick role, George Russel.

6. He almost retired before taking the role of Jed Clampett. 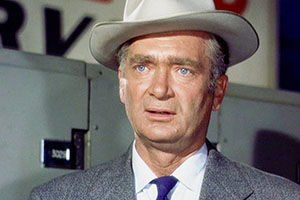 Ebsen portrayed Audrey Hepburn's older husband, Doc Golightly, in Breakfast at Tiffany's. (He was more than 20 years his costar's senior.) After the film, Ebsen considered retiring from acting. However, his portrayal of a rural veterinarian would lead to his casting in The Beverly Hillbillies.

7. "The Giant Jackrabbit" is one of the most watched television episodes of all time. 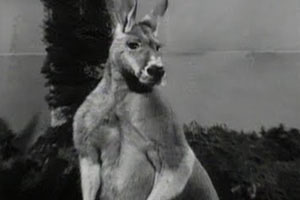 The numbers are truly staggering — like being punched by a kangaroo. Mere weeks after its debut, The Beverly Hillbillies was the most watched program on television. Between the years 1962 and 1964, the show averaged 57 million viewers. The episodes that aired January 8 and 15 in 1964 rank as the second and fourth most watched television episodes of the entire decade, respectively. The former of those, "The Giant Jackrabbit," remains one of the most watched half-hours of all time. It ran the same day at LBJ's first State of the Union address. Bear in mind, this show was luring around 60 million viewers at a time when the U.S. population was approximately 190 million. Check out more darn-tootin' true facts about The Beverly Hillbillies. 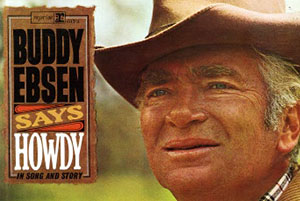 9. He appeared as Barnaby Jones in the 'Beverly Hillbillies' remake. 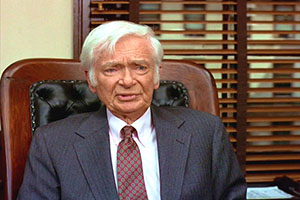 After Ebsen's long run on the 1970s detective series, there was purportedly talk of creating a crossover where Barnaby Jones would meet the Clampetts. That never came to fruition, but the two worlds would meet in 1993 when Ebsen's Jones makes a cameo in the dud big screen reboot of The Beverly Hillbillies.

10. He recorded a political ad against former costar Nancy Kulp. 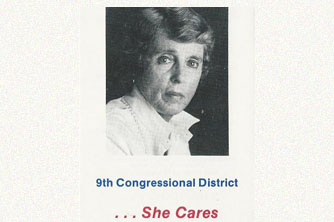 In 1984, Nancy Kulp ran as a Democrat for a House seat in the 9th district of Pennsylvania. Ebsen, a staunch conservative, made a radio ad for her opponent, Bud Shuster. "Hey Nancy, I love you dearly but you're too liberal for me—I've got to go with Bud Shuster," he said in the diss. (Even though he could not vote in Pennsylvania.) The relationship understandibly turned frosty. 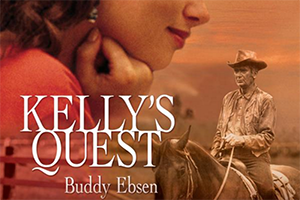 His 2000 novel Kelly's Quest is summed as thus: "After being clobbered because she dares to stand up for herself in a man's world, Kelly goes in search of a man that will make her feel like a woman, her Mr. Right." He later penned a Barnaby Jones mystery titled Sizzling Cold Case. 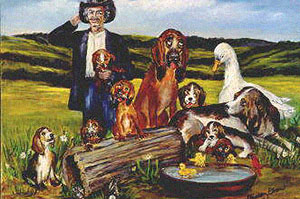 He was a true Renaissance man late in life. Ebsen took up the brush and painted landscapes of Hong Kong and Sedona, as well as some folk art depicting Jed Clampett in a variety of scenes.

LynCarceo 23 months ago
Saw the video of oldtime dancers dancing to Uptown Funk, and he was a dancer in one scene. Easy to pick him out, being so tall.
Like Reply Delete

MikeMarshall 23 months ago
Terrible he would speak out against Nancy. She was a supposedly a friend & coworker. Kinda arrogant. Plain to see a frosty relationship between the two.
Like Reply Delete

LynCarceo MikeMarshall 23 months ago
He cared for her but not her politics. Friends can have a difference of opinion.
Like Reply Delete

AnthonyWatson LynCarceo 21 months ago
Friends face differences of opinions in private. They have each other's back in public. It's not very friendly to sabotage your friends aspirations.
Like Reply Delete

RedSamRackham 34 months ago
* 13. He was never a smoker. In an ad for Winston cigarettes with Mr. Drysdale & Jed (Buddy) having a smoke in front of the Clampett mansion Buddy was puffing on his Winston but not actually inhaling the smoke. Perhaps that's why he lived well into his 90's. ☺
Like Reply Delete

AnthonyWatson RedSamRackham 21 months ago
Makes you wonder why he died of respiratory problems. Maybe that silver make up took 60 years to finally take him out.
Like Reply Delete