Coasters, funhouses and dolphins! We wish we could ride the rides at these defunct theme parks. 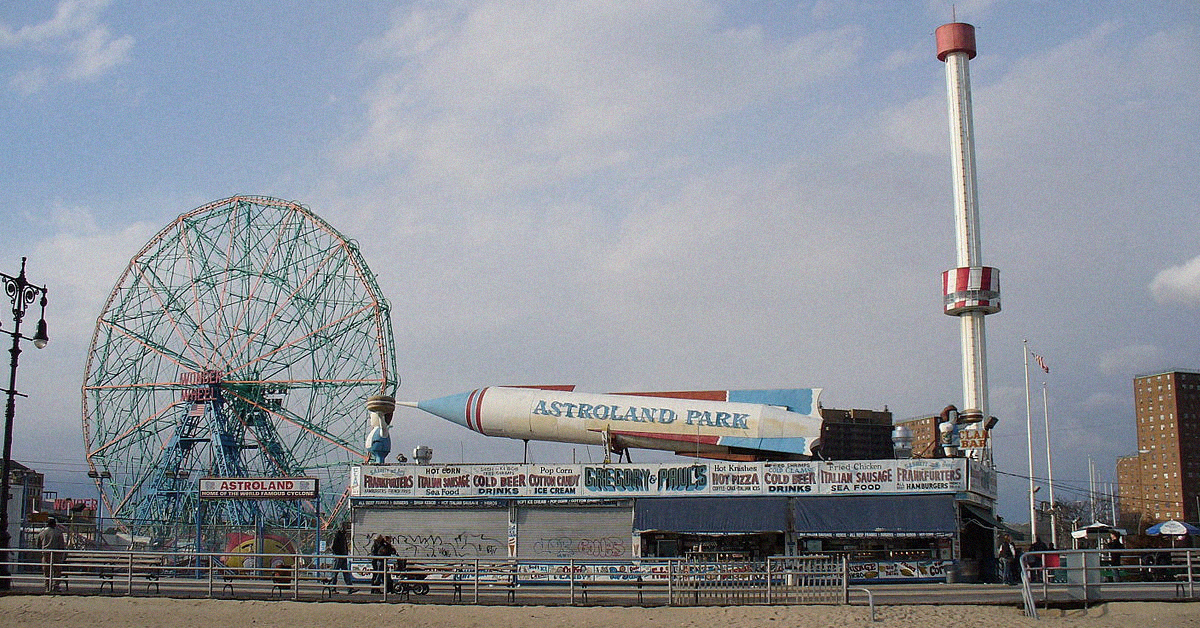 Some were themed after popular television shows, others inspired pop songs. Amusement parks were as big a part of recreational America as hot dogs, baseball and the Beach Boys. Over the last century, dozens of amusement parks have come and gone. Everyone lived within a drive of a place with a petting zoo and spinning teacups. There were so many, it's hard to make a comprehensive list, but these 12 hold a romantic allure for whatever reason. We focused on parks popular in the middle of the century.

Were you lucky enough to visit any of these? Which defunct theme park do you yearn to visit? 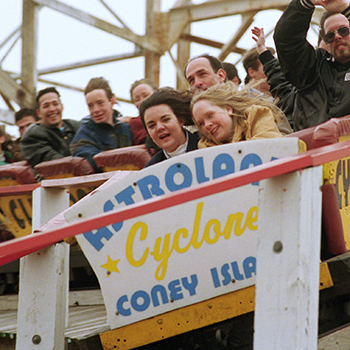 While the Wonder Wheel and Cyclone roller coaster remain on Coney Island, the rest of the boardwalk park known as Astroland is in the past. The park opened themed around the space race with rockets and white paint galore. We'd love to munch a hot dog in the darkness of Dante's Inferno. 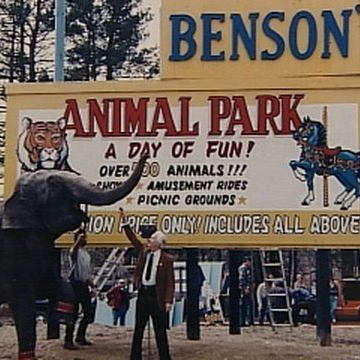 Colossus the Gorilla, a 500-pound beast, lived in this New England zoo from the '60s through the '80s. The ape once entered the presidential primary race. There were also lions, llamas and bears, oh my. 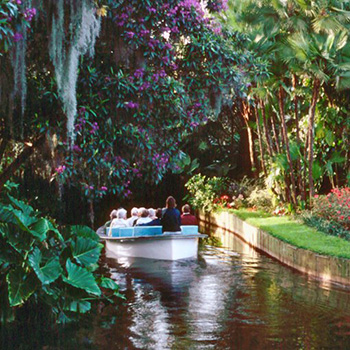 Florida is theme park central, but Cypress Gardens was billed as the first in the state. Thousands of flowers filled the picturesque park, while dazzling water skiers zipped over the ponds and lakes. The King of Jordan and Elvis both visited. Today, little bricks outnumber buds, as the site is Legoland. 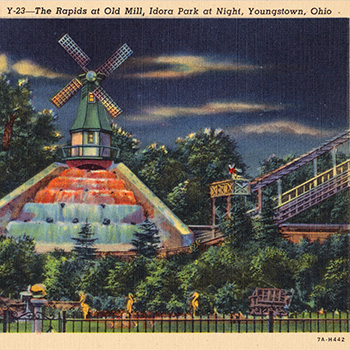 Built in the city of industrial hub Youngstown, Idora was another of those classic, pioneering American amusement parks. JFK campaigned in the giant ballroom and both Glen Miller and the Eagles played there. The wooden Wild Cat coaster was a masterpiece. 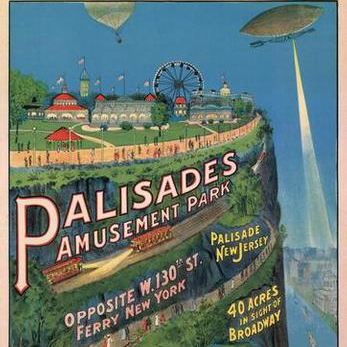 Written by Gong Show host Chuck Barris, the song "Palisades Park" was a smash in 1962. "I took a ride on the shoopty shoop / The girl I sat with almost, almost puked." Bruce Springsteen covered it, naturally. Overlooking the Hudson River, Palisades was one of the classic American theme parks. Condominiums sit there now. 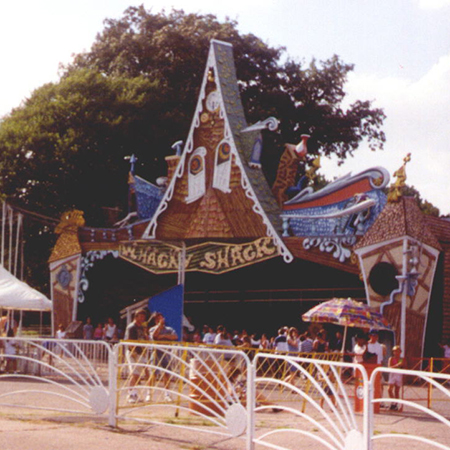 The animatronic Louie the Clown played a Wurlitzer organ, and kids lined up to enter the "Whacky Shack," a dark ride. The wooden roller coaster built by the Philadelphia Toboggan Co. at the park's opening, known for years as simply "Roller Coaster," hit 50 mph and became one the last lap-bar wooden coasters in the country. 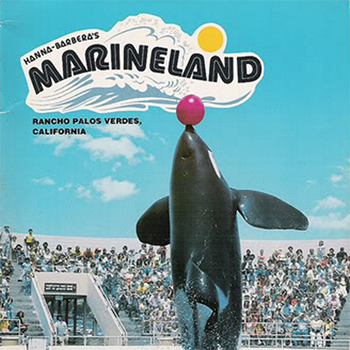 Opening one year before Disneyland, Marineland was one of Southern California's biggest attractions of the midcentury. Years later, it would be owned by cartoon giant Hanna-Barberra. The killer whales Orky and Corky earned fame. Perhaps you remember the splashy oceanarium from episodes of The Beverly Hillbillies, Wonder Woman and Emergency? 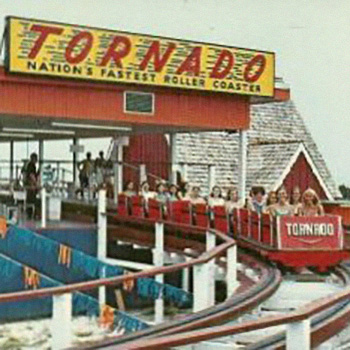 Yes, it was indeed named after the 1960s sitcom Petticoat Junction. Accordingly, there was a train to ride and even a replica of the Shady Rest Hotel. The sign above the start proclaimed the Tornado to be the nation's fastest coaster. We not sure how true that was, but it was probably quicker than the Hooterville Cannonball. 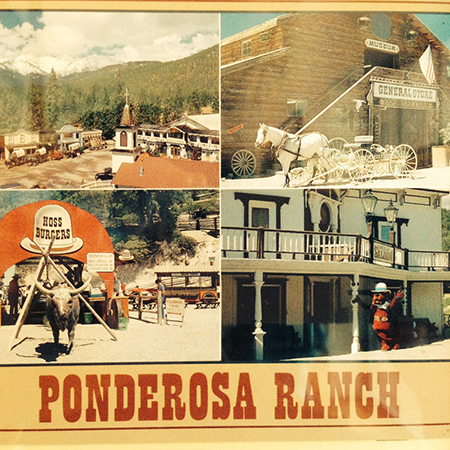 Another park based on a TV show, Ponderosa Ranch sat near Lake Tahoe, where the fictional western took place. After entering the park and being "robbed" by "bandits", guests could pan for gold or take in a wild west show. Food included Hoss Burgers. There were even tombstones for Cartwright family members, which is admittedly a bit depressing for a theme park. 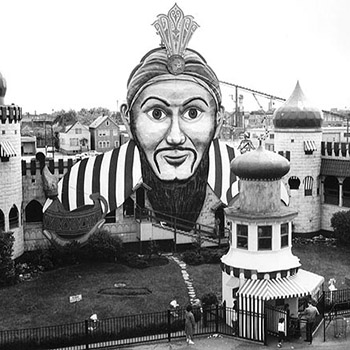 Even those who live in Chicago are surprised to learn there was once a big amusement park smack in the middle of the North Side, just a bit west of Wrigleyville on the Chicago River. The breathtaking coaster The Bobs lured thrill-seekers, reaching a speed of 50 mph. The massive visage of Aladdin on the front of the Aladdin's Castle funhouse was hard to miss from the street. 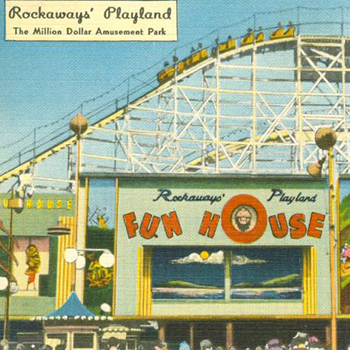 "We can hitch a ride to Rockaway Beach…" Another summer hub for New Yorkers was this waterfront attraction. The "Atom Smasher" coaster sounds particularly exciting. 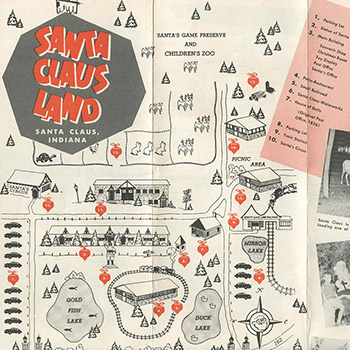 The park opened its gates on August 3, 1946. It was the world's first amusement park to have an overriding theme. Visitors would not find roller coasters on day one. Instead, there was a toy shop, a choo choo, a restaurant and Santa, of course. Eventually, a deer paddock and a Jeep-go-round were added. Admission was free until 1955. It remains in some form. Today, it is part of Holiday World. Read more about the fascinating piece of Americana.

MikeMarshall 16 months ago
My favorite parks also included a penny arcade. We use to have one in Springfield Missouri called Doling Park. My all time favorite. There use to be a close 2nd in Gulf Shores Alabama but a hurricane took it out years ago.
Like Reply Delete

MarkTDeNucciSr 16 months ago
Youngstown, Ohio is my hometown and the Wildcat roller coaster was always considered one of the top all wood roller coasters in the country. It is a shame that Idora Park burned down in 1984.
Like Reply Delete

Or drag a file here to upload
VaughnBaskin 16 months ago
Uh MeTV it's Barbera with one R.
Like (1) Reply Delete

Terria111 VaughnBaskin 16 months ago
Uh, MeTV, you do have great punctuation skills, though.
Like Reply Delete

Fred1972 17 months ago
LOL. The words to "Palisades Park" were "The girl I sat beside was awful cute," not "almost puked" as the story says.
Like (1) Reply Delete