They creeped us out as kids — and they could be the next 'It' remake. 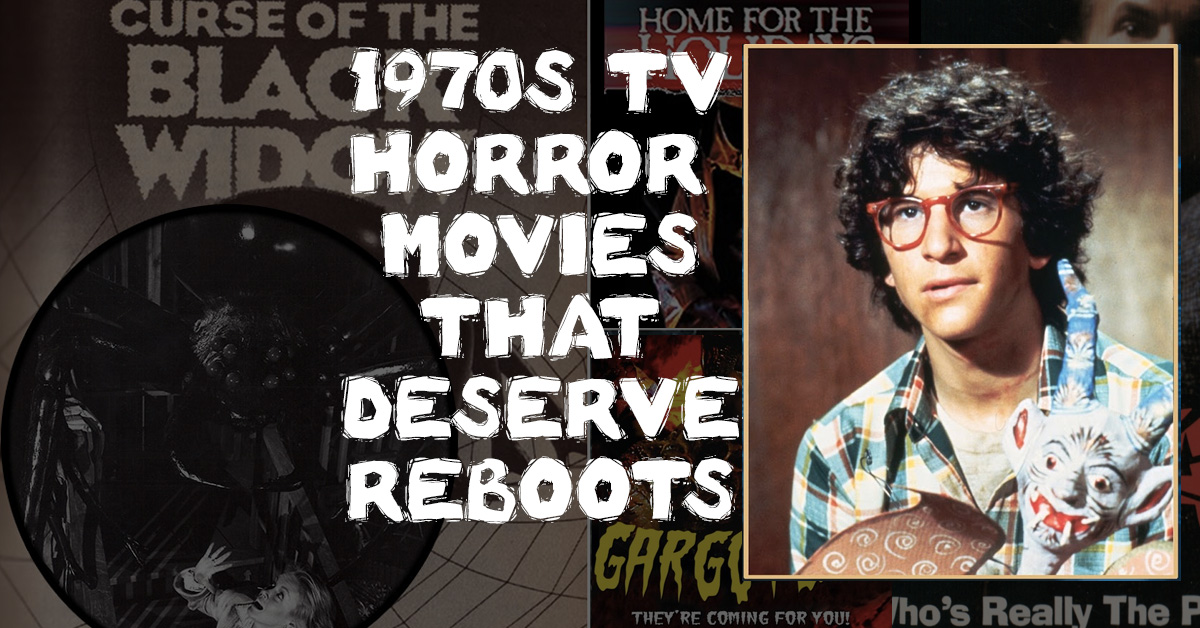 For most horror fans, the 1970s were the most prolific, creative years for the genre. Not only were classics like Halloween and The Exorcist debuting in theaters, but imaginative horror films also made world premieres on network TV. This includes some of TV's most chilling productions in memory, like the Trilogy of Terror and The Night Stalker. 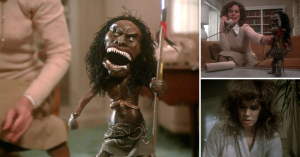 With the It reboot setting box-office records, our minds have been tangled in the terrors we first experienced on TV, and it led us to realize that there were a ton of unique concepts behind some of the best made-for-TV horror movies.

Some premises were ahead of their time, and others relied on special effects that would be much easier to tackle now. We thought we'd plant the seed to see if any of today's filmmakers see the potential in rebooting these often forgotten, but awesomely original 1970s TV horror films. 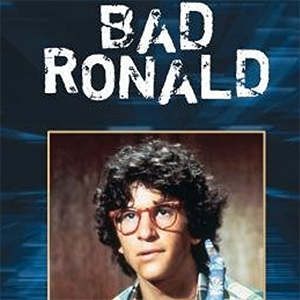 Theme: Creepy kids
Brief synopsis: Ronald Wilby's mother stashes him in a hidden room, after he accidentally kills his sister. But when mom dies, Ronald stays behind. It means trouble for the family who moves in the house, unaware of the weirdo who lives within their walls. They meet Ronald soon enough.
Our pitch for the reboot: There are plenty of movies about kids who are possessed, or kids with toys that are possessed, but this movie (based on the book by Jack Vance) just lets a creepy kid be a creepy kid. It'd be a new fright to see Ronald unleashed on a big screen, peeping out from within the walls he calls home. Plus, we never did find out what happened to Ronald. 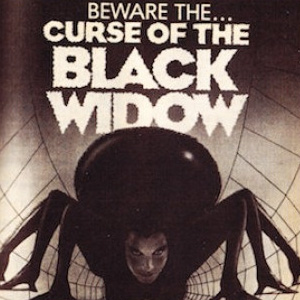 Theme: Supernatural
Brief synopsis: Twin sisters become persons of interest after a series of murders leaves police hunting a mysterious killer who leaves puncture marks in his victims. The story weaves a multiple personality disorder backstory with a mystical curse to create a web of intrigue around a femme fatale who transforms into a giant, human-sized black widow spider.
Our pitch for the reboot: Imagine a stylish update on this campy concept, with truly horrifying special effects that could make audiences' skin crawl any time the spider killer creeps into the scenes. It's the stuff of any M. Night Shyamalan fan's nightmares, with a great open ending that could even mean franchise potential — with the right director's take on the Dan Curtis TV classic. 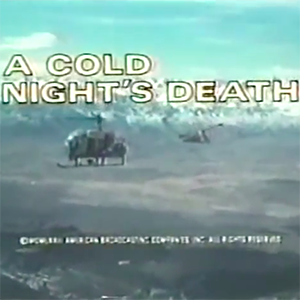 Theme: Out-of-the-way location
Brief synopsis: Two scientists go to check things out after a colleague mysteriously dies at a monkey research facility in the Arctic Circle. Things intensify when these scientists also become targeted by the unexplainable threat.
Our pitch for the reboot: Combine the potential for beautiful, hi-def Arctic landscapes (in the spooky scene-setting style of True Detective) with the freakish shrieking of monkeys, and the mood is set for any modern moviegoers seeking full immersion in a horror film. As the monkeys move away from background noise and into a more active role in the plot, the story has potential to become as memorably terrifying as the award-winning TV version was back in 1973. 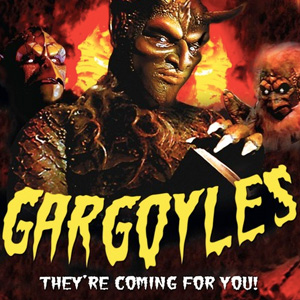 Theme: Monsters
Brief synopsis: A paleontologist and his daughter visit the southwestern U.S., where they encounter real-life gargoyles who are actually the spawn of the devil.
Our pitch for the reboot: This movie launched the career of tremendous special effects wizard Stan Winston (Jurassic Park, Aliens). So let's put it in the hands of today's top effects folks, take a really critical eye to the original script, and this has the potential to be a mesmerizing monster movie for new audiences who have not seen anything like this. 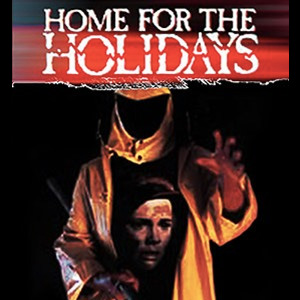 Theme: Costumed killer
Brief synopsis: Four daughters come home for Christmas to see their father just before he dies. He warns them their stepmother might try to poison them, then a killer in a rainslicker carrying a pitchfork arrives to pick each of the girls off. Is it the stepmother?
Our pitch for the reboot: With the right amount of tension and timing, this film could forever change the way people encounter yellow rainslickers and make them as scary-iconic as Jason's hockey mask or Freddy Krueger's striped shirt. Few movies today make use of a striking killer costume, perhaps the most successful in recent times being the Scream mask, and the blood-red gloves and boots are just the added touch to make the mundane become monstrous. 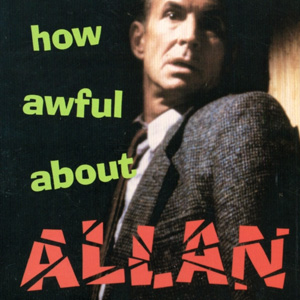 Theme: Mystery ailment
Brief synopsis: A fire kills Allan's father and scars his sister's face, but for Allan, his mark from the fire comes in the form of hysterical blindness. He becomes tormented by a whispered voice that no one believes actually exists.
Our pitch to reboot: Allan, originally portrayed by Anthony Perkins, suffers from an unexplainable condition that in itself is scary, onset blindness that has no organic cause. If filmmakers took that premise and went in the direction of 2016 horror hit Hush, they could amplify the noises impacting the newly blinded hero to set an ominous mood as he attempts to solve the mystery, especially if the star commits as hard as Perkins. It's said that he wore special contact lenses so he could barely see for the role. 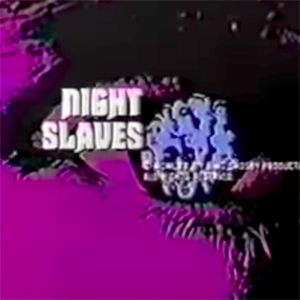 Theme: Unsettling small town
Brief synopsis: A couple grown distant through their marriage visits a small town so the husband can recover after he's in a bad car wreck that puts a metal plate in his head. Because of the plate, he discovers that every night, the whole town gets up and leaves without any explanation, and no one remembers it in the morning. It's up to him to find out where they go, and why.
Our pitch to reboot: It's been a while since people saw the sleepier side of zombie culture, experiencing how creepy it is when eyes and brains go dead, as bodies continues to respond to their primal drive. A revival would be grabbing the steering wheel on Walking Dead and veering away from gore, toward suspense. 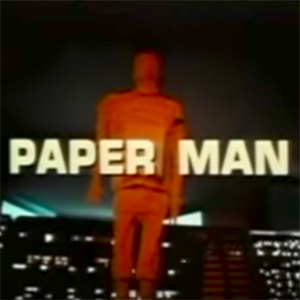 Theme: Killer technology
Brief synopsis: Four college kids decide to invent a new identity so they can ring up a credit card in his name. It all works out — until the computer seems to come after them for their crime.
Our pitch for the reboot: Identity theft is a ripe fear today, and so is the notion that our reliance on technology could come back to haunt us. With an updated script, the framework here could provide for an improved Paper Man that resonates with today's audiences much more than the original did with viewers back then. 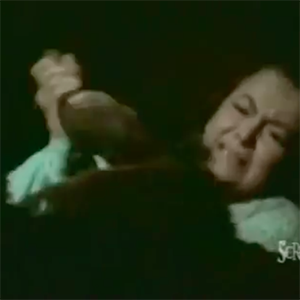 Theme: Buried alive
Brief synopsis: A woman goes to her country house to recuperate after she leaves the mental hospital, only to find there's a woman buried alive on her property. Her arthritic hands prevent her from helping, and nobody else will believe the woman is real.
Our pitch for the reboot: In 2010, audiences held their breath through Ryan Reynold's claustrophobic performance in Buried, and this film has the potential to be that, mixed with the drama of what it's like to be the only woman who knows, stuck walking the floors overhead. 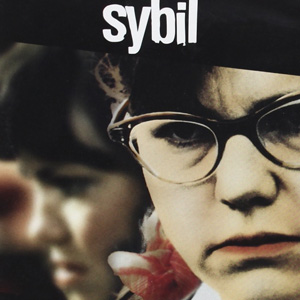 Theme: Multiple personalities
Brief synopsis: A woman is found by her doctor to exhibit 16 personalities due to her troubled childhood — and some of her alternate personalities want her dead.
Our pitch for the reboot: Think about the 2017 hit Split, then imagine if most of the personalities were children. It's like smashing together a multiple-personality killer with every creepy kid from cinema, and the end result is Sybil, a movie that if done right, could be endlessly more chilling.

EricFuller 16 months ago
Had there been a remake of Bad Ronald, I pictured either Frankie Muniz or Johnathan Taylor-Thomas as Ronald.
Like Reply Delete

melanieofoz 16 months ago
I remember watching The Screaming Woman with my mom and sister when I was 10. That was a good year for these movies.
Like Reply Delete

LittleMissNoName 28 months ago
Why? Hollyweird would just be more concerned with political correctness then making a good movie.
Like Reply Delete

rycki1138 49 months ago
Ronald Wilby accidentally killed a neighbor girl, not his sister, in "Bad Ronald". Ronald was an only child. Sybil was already remade in 2007.
Like Reply Delete