Do you remember the moment Shirley Feeney dropped her accent? 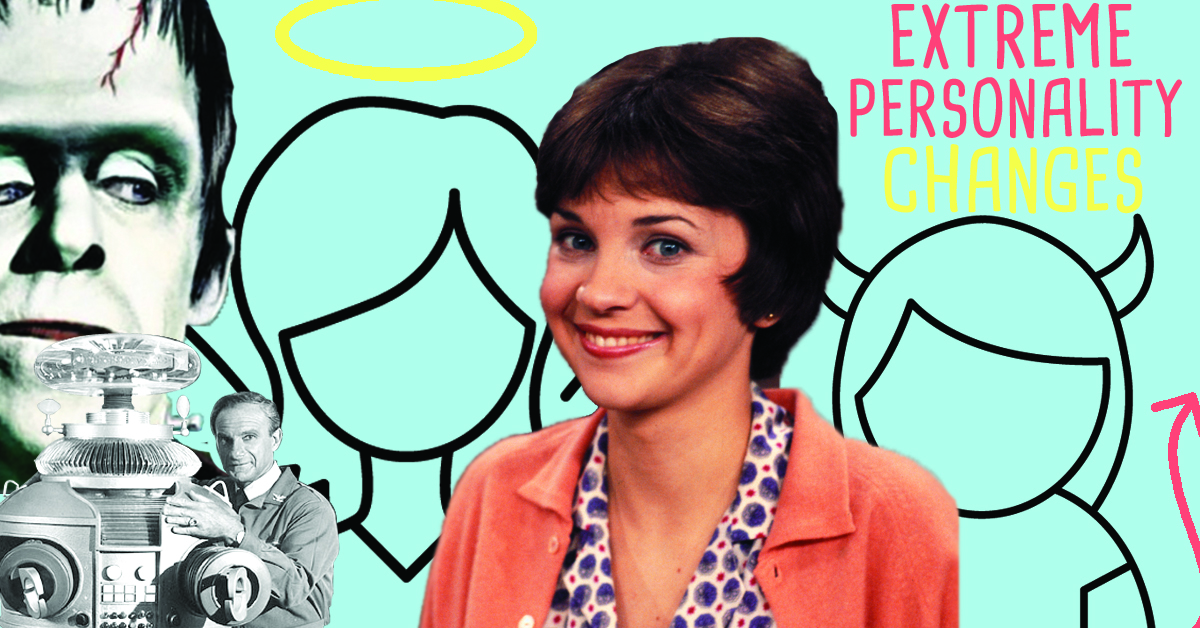 Some characters on TV never change. Others, well, you practically watched them grow up on your screen. And then there are all the characters in between, whose personalities sometimes shift for various reasons, and viewers are expected to just go with it.

Sometimes a character changes to accommodate the plot. Other times, it's to highlight an actor's additional talents. There are also many dramatic personality changes that seem to occur occur for no reason at all. 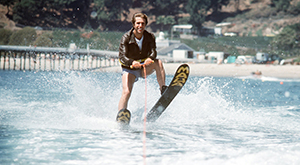 11 television shows that drastically changed in their fifth season

This story comes to you thanks to a suggestion from MeTV fan Patricia G., who emailed us to see if we could think of any characters to add to her list. Below, find some of her favorite drastic TV attitude adjusments, including Shirley Feeney, Herman Munster and Daphne Moon, as well as some of our favorites from shows like Happy Days and Lost in Space.

We even include info on when these shifts occurred, so you can go back and relive the transformations for yourself. Enjoy! 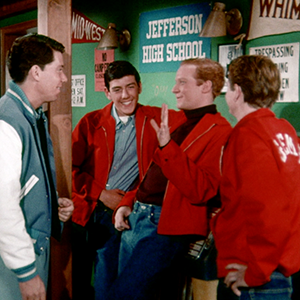 Before: Dates cheerleaders, dresses hip, and is a lot more like the Fonz than his character ended up being.
After: He gets nerdier, including his clothes, and is more timid about girls.
Turning point: By the fourth episode of the first season, “Guess Who’s Coming to Visit,” Ralph has lost his slick-guy edge and is found earnestly in his awe of girls who look “like movie stars.” 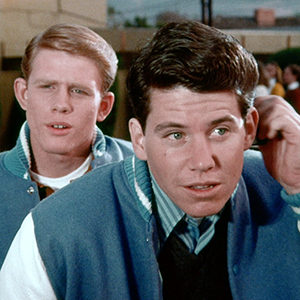 Before: Cooler, wears a letterman jacket and speaks confidently, is more rebellious.
After: Practically the first known nerd on TV, he often dons a suit jacket and becomes more straight-laced, innocent and dopey.
Turning point: Potsie’s personality transitioned in the same episode Ralph’s did, going from a pal who helps Richie sneak into adult parties to fussing to Richie when he thinks Mr. C doesn’t like him. 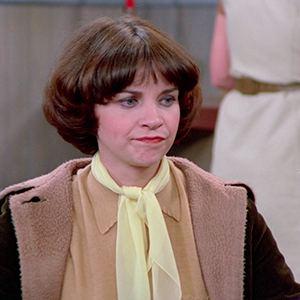 Before: Heavily accented, tough, feisty.
After: No accent, much more prim and proper.
Turning point: Shirley’s shift was extremely sudden, occurring in the third episode of season 1, with no explanation for the vanished accent or attitude. 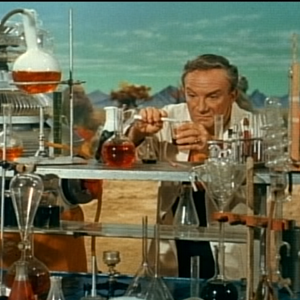 Before: Serious, devious, greedy and villainous.
After: An often-clumsy troublemaker who is endeared to the family.
Turning point: This was a gradual shift that was supposedly due to actor Jonathan Harris’ foresight that his character would not have staying power in the series if he was not made more likeable. Some credit Harris for the entire show taking a turn away from sci-fi and steering it toward a sitcom vibe.

5. Herman Munster on 'The Munsters' 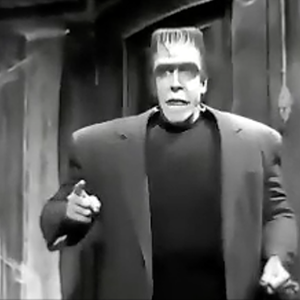 Before: Proper, smart, pronounced delivery.
After: Naïve, goofy, emotional.
Turning point: Just compare any episodes from the first seasons to one in the second. You'll witness this dramatic Munsters transformation, especially the first episodes of the first and second seasons. 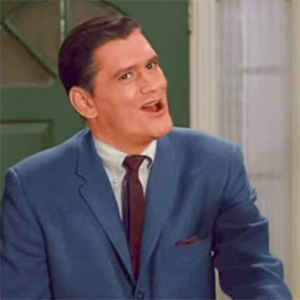 Before: Down-on-his-luck, mild-mannered, easily manipulated and more of a pushover.
After: More argumentative and easily set off, overtly antagonistic to Endora.
Turning point: When Dick Sargent was made to follow in the hard-to-fill shoes of Dick York in season 6 of Bewitched, Sargent brought more fire to the Darrin character. In this case, it was the actor, not the writers, pushing the personality change. 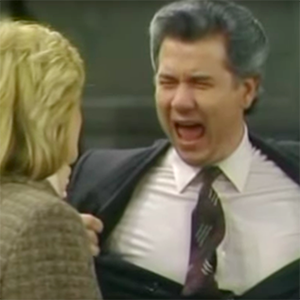 Before: Conservative, quiet, neatly dressed, more serious.
After: Sarcastic, goofy, more wild-armed, hot-tempered, and unkempt.
Turning point: Between seasons 2 and 3, the Dan Fielding character went from super-straight to open to pretty much anything, after series creator Reinhold Weege found out John Larroquette could pull off a funnier rendition of his role. 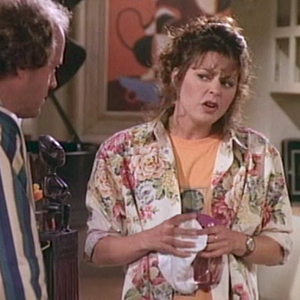 Before: Strange oddball, wearing bright clashing clothes and sharing unusual views.
After: Toned down, dressed in simple basics, although she remains a “psychic.”
Turning point: Just like Shirley, Daphne had a wardrobe change and attitude adjustment by the third episode of season 1, “Dinner at Eight,” which is also the episode when she first meets Nigel. 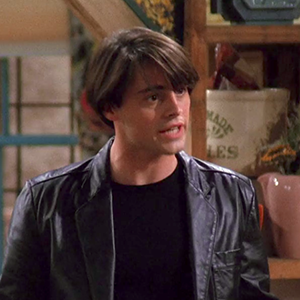 Before: Cool, wise-cracking, advice-doling dude, arguably sophisticated and serious actor.
After: Complete goofball, considered an airhead, distinguished to be a dopey sidekick to Chandler, where before he was more like the Fonz to Chandler's Richie.
Turning point: Right in the middle of the first season, Joey begins his shift from one of the sarcastic, savvy Friends to its lovable goofball.

10. Leslie Knope on 'Parks and Recreation' 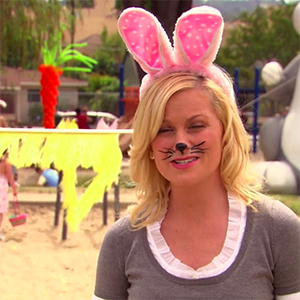 Before: Pesky, not great at her job, often helpless and unsociable, more like a "Jerry" than the social cog she ultimately became.
After: A lovable motivator and sweetheart, warm, tenacious, earnest and a true friend to all.
Turning point: In the second season, Leslie Knope gets a personality overhaul, tweaked to make her less annoying and more charming, as her original character drew unfavorable comparisons to Michael Scott on The Office.

JDnHuntsvilleAL 14 months ago
How could you leave out Fonzie from "Happy Days"?

AFTER: King of the nerds with his stupid "HEEEEYYYY!!!!"

DylanSelf 16 months ago
Let's not forget Jed, Granny, Jethro and Mr. Drysdale of the Beverly Hillbillies.
Like Reply Delete

GordARebelato 16 months ago
Two more they did not mention is the Edith character on All In The Family and Andy on the Andy Griffith show.
Like Reply Delete

RexSpence 28 months ago
What about Lisa Douglas on "GREEN ACRES"? She went from being a smart and sophisticated socialite to being just as zany as the other characters in Hooterville!

GordARebelato 28 months ago
They ruined Daphne's character when they got into the Niles/Daphne relationship stuff. It got too sappy and she was not funny any longer. I wished they would leave well enough alone.
Like Reply Delete

BrianAlan 28 months ago
Archie Bunker evolved from an unlikable tough guy to the jokes on me harmless likeable character.
Like (1) Reply Delete 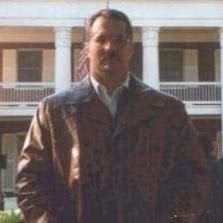 lpeoples61 28 months ago
Lest we not forget Steve Urkel of Family Matters.
Like (1) Reply Delete

Wyatt 49 months ago
I can track all of them from prime-time watching experience, except Parks and Recreation - never once saw an episode..