Some tracks put the wonder in one-hit wonder. 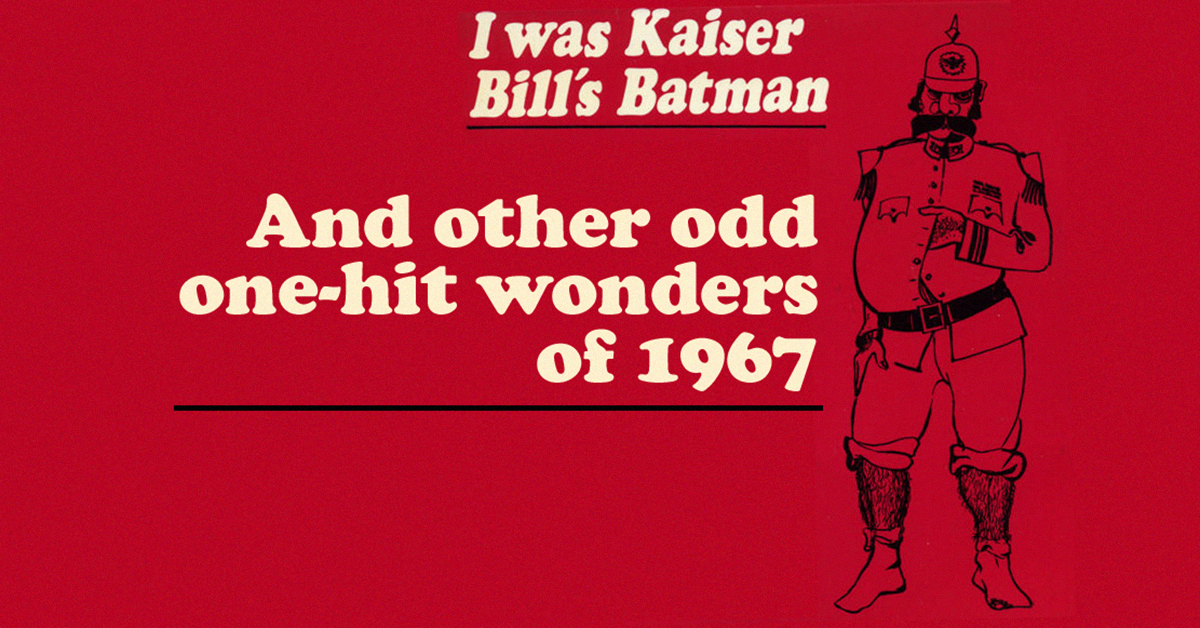 It's a wonder they call them "novelty" songs when they are so commonplace. The following tunes certainly seem unusual, but when you lump them all together, it becomes a trend.

Somehow, spoken-word lectures were big hits in the 1960s. After patriotic records like "The Ballad of the Green Berets" dominated the charts in 1966, everyone from comedians to U.S. senators wanted in on the action.

The year 1967 is known for the Summer of Love and the dawn of the psychedelic movement. While the Beatles were singing of "Lucy in the Sky with Diamonds," smaller acts were scoring big with songs poking fun at Dylan and the Kennedys.

Let's take a look and listen to these unlikely hits, which all cracked the Billboard Top 30 fifty years ago. 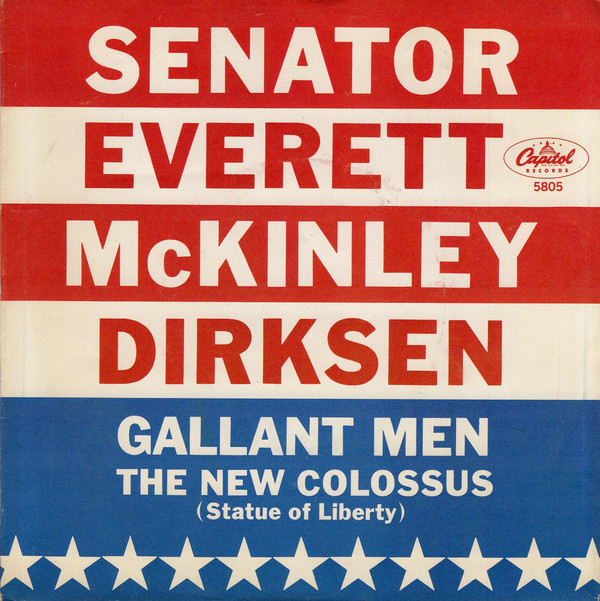 In January of 1967, the Senate Minority Leader became the oldest person to reach the Top 40 at the age of 71 years, 3 days. The Illinois Republican saw his spoken word tribute to the troops climb from No. 33 to No. 29. 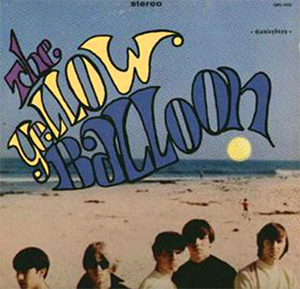 This summery slice of bubblegum psychedelia was typical fare for the Summer of Love, but celebrity set this apart. These L.A. beach boys included Don Grady, best known as Robbie Douglas on the hit sitcom My Three Sons. It's no wonder this is so poppy — Grady was a former Mouseketeer, too. 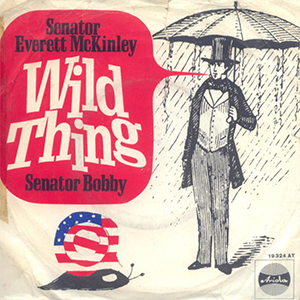 Sen. Dirksen may have been the only real Senator with a smash song, but a phony politician hit the pop charts, too. Senator Bobby was the work of comedian Bill Minkin, who sang this classic rock'n'roll tune in the voice of Robert Kennedy. Yes, somehow, that made the Top 20. 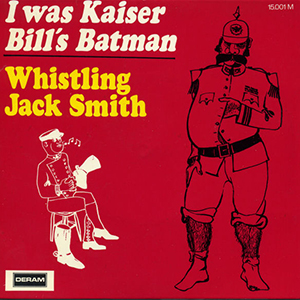 Originally titled "Too Much Birdseed," this chirpy instrumental has little to do with the Caped Crusader, though it certainly was camp enough to appear in Batman. It was the work of British songwriters Roger Cook and Roger Greenaway.

5. The Bob Crewe Generation - "Music to Watch Girls By" 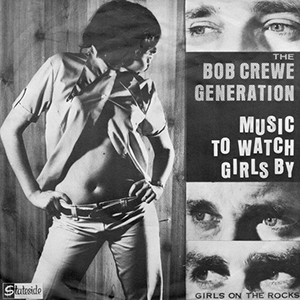 Another instrumental, this one a hammy soundtrack for ogling. It sounds fit for a James Bond spoof or game show timer. Bob Crewe had previously penned massive tunes like "Can't Take My Eyes Off You" and "Walk Like a Man," though this was his only "solo" success. 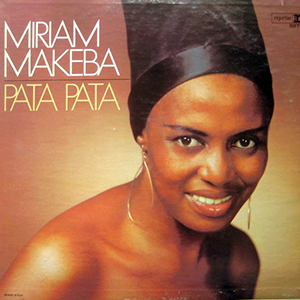 Makeba is rightfully a legend in South Africa, and it feels wrong to label her a one-hit wonder, but technically this jam was her only chart success in the States. It remains one of the few Afropop tunes to become a huge American hit. 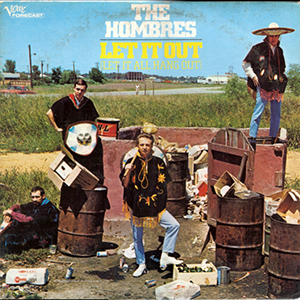 This tongue-in-cheek Memphis act turned a dry parody of Bob Dylan into a widespread hit. "A preachment, dear friends, you are about to receive on John Barleycorn, nicotine and the temptations of Eve," the song begins. Followed by a raspberry.

8. Victor Lundberg - "An Open Letter to My Teenage Son" 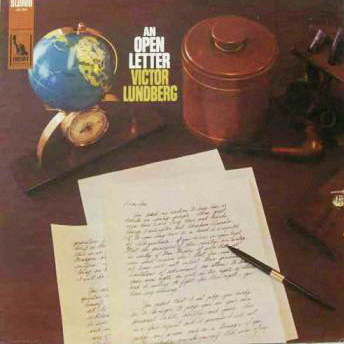 Another spoken word piece set to a somber march became, perhaps, the most unlikely Top 10 hit in human history. Recited by a newscaster from Grand Rapids, Michigan, "An Open Letter" rambles from musings on long hair and George Washington to draft card burning. 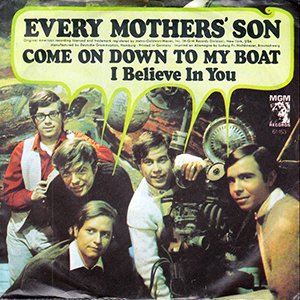 While legendary acts like Jimi Hendrix, the Who and Janis Joplin were blowin' minds in California, clean-cut acts like this from the East Coast were breaking into the Top 10. "My Boat" reached its peak the week of the 4th of July. 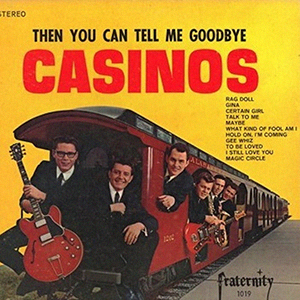 Doo wop charting this high in 1967 is a true anachronism — imagine a disco song hitting the charts in 1988. Yet, there were enough people yearning for yesteryear to send this cover tune high on the charts. There was definitely a counter to the counter-culture. Is that counter-counter-culture or just culture? 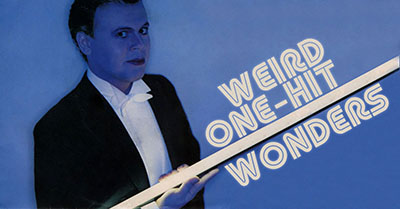 HachikoTelly 50 months ago
How come you didn't mention the fact that the song, "Music to Watch Girls By," was originally a jingle for a Diet Pepsi commercial? That was one of several songs from commercials that were released on disc.