Connecting the most overlooked episodes with their more popular counterparts. 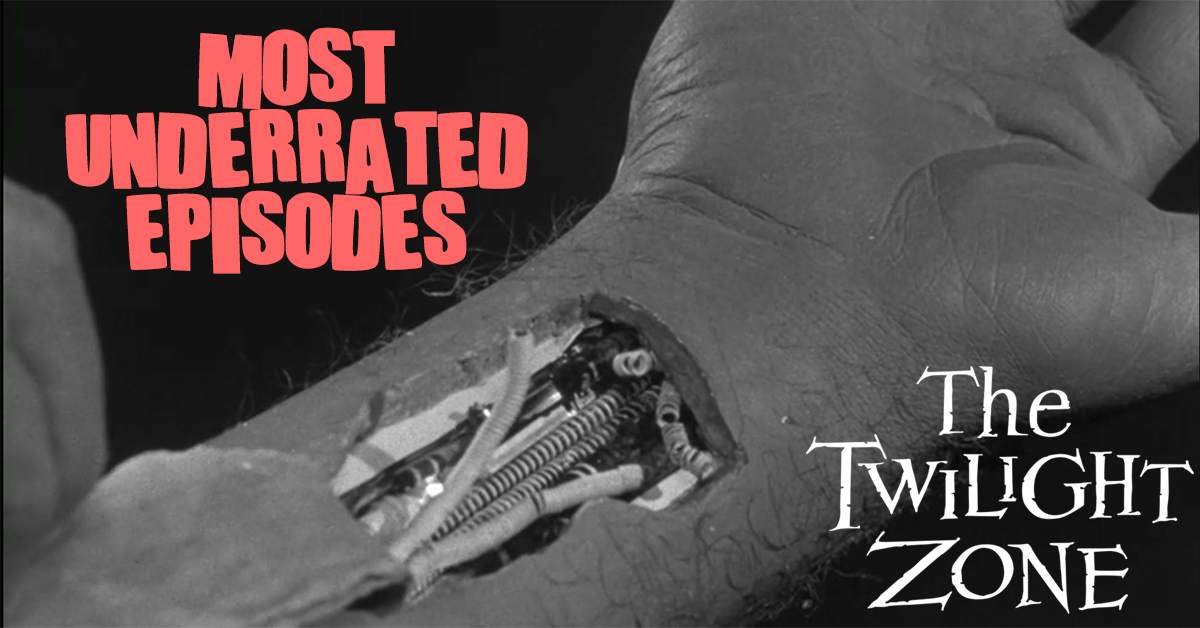 Certain episodes of The Twilight Zone are referenced over and over again, like "Nightmare at 20,000 Feet" or "Eye of the Beholder." It's deserved, of course, as these episodes featured some of the finest writing, acting, and cinematography, and went on to inspire filmmakers long after the episodes first aired, as early as 1959.

Those aren't the episodes we want to focus on today. We want to talk about the episodes that slipped by and are almost forgotten by viewers they surely shook when they debuted. This includes some of the early episodes from Season 4, which started stronger than most critics are likely to recall.

Here, we go through some of The Twilight Zone episodes that seem to have ghosted pop culture, disappearing before our very eyes into the far recesses of our collective memories. See if you remember these chilling and emotional episodes that aren't often discussed. 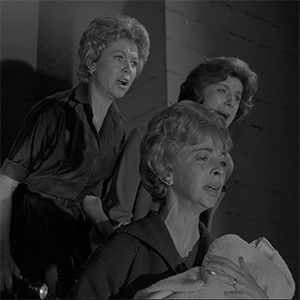 Season: 3
Episode: 3
For fans of: "The Monsters Are Due on Maple Street"

In "The Shelter," a group of friends gathers to celebrate the birthday of beloved physician Bill Stockton (Larry Gates) in his home. Suddenly, a broadcast announces unidentified objects have been detected approaching the U.S. Expecting a nuclear attack, Bill brings his wife and son into his bomb shelter. His friends attempt to physically beat the door down to join them, exposing how people can snap when it comes to survival. The twist is described by Serling in the intro as a "very small exercise in logic." 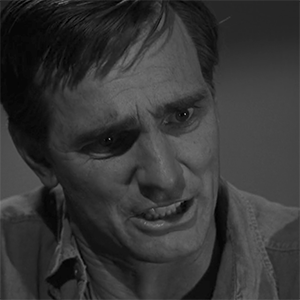 Prisoner Adam Grant (Dennis Weaver) is convinced he's living a recurring nightmare, having experienced his arrest, trial and execution, all on the same day. District Attorney Henry Ritchie (Harry Townes) assumes the man is mad, until Grant makes an unsettling prediction that comes true. It features one of the darkest endings of any Twilight Zone episodes.

3. "The Changing of the Guard" 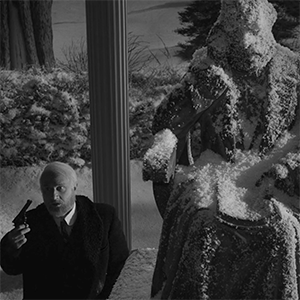 It's Christmas Eve, and the English literature teacher at a boys' prep school, professor Ellis Fowler, finds himself alone. What follows is a dark, somber trip into The Twilight Zone, as Ellis decides to take his own life because he's had no impact on his students. It's like a cross between Dead Poets Society and A Christmas Story, and the conclusion is highly emotional.

4. "An Occurrence at Owl Creek Bridge" 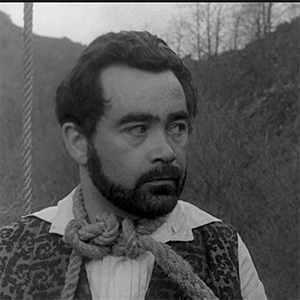 This is an unusual episode of The Twilight Zone, where an award-winning film from Cannes Film Festival was aired as a special episode of the TV show. It finds civilian prisoner preparing to be hanged in the Civil War era. Everything that happens once the rope snaps around his neck is a surprise, and the conclusion is just as searing as any episode in Serling's Civil War trilogy episodes. 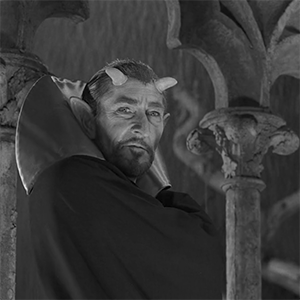 The devil is real in this often forgotten episode of The Twilight Zone, where an American man, David Eliington, is taking a walking tour in Europe and hears a strange sound coming from a castle. Despite being warned to ignore it, he persists, and his courage leads him to meet the devil himself. It's a chilling episode that echoes the persistent haunts of much more famous Twilight Zone moments. 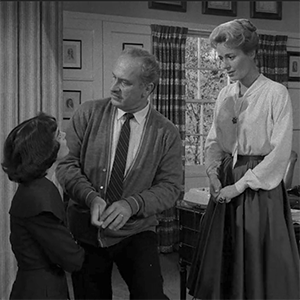 In this more subtle scare from The Twilight Zone, writer Gregory West is caught by his wife Victoria West with a beautiful blonde. It turns out that she's a figment of Gregory's imagination, and he demonstrates his surprising ability to his wife eagerly, showing how what he writes becomes real. It's a boggling look into the choices we make when left to our own devices, and ends on a brighter (yet creepier) not than the more famous bookish episode, "Time Enough at Last." 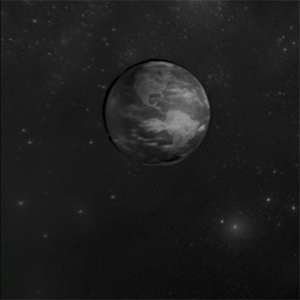 This episode is a lot like the Johnny Cash hit, "One Piece at a Time," featuring a military base scientist building H-bombs as he steals his own ship and secretly supplies it. His plan is to escape the certain destruction with his coworker, their wives and his daughter. They escape, but not to where you might expect. 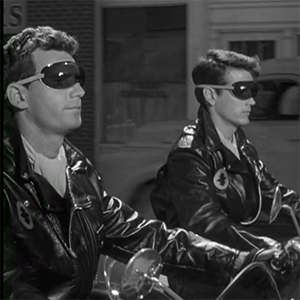 Season: 5
Episode: 18
For fans of: "Will the Real Martian Please Stand Up?"

Leather-clad aliens invade Earth, intent on destroying our water supplies. They take on the human names Steve, Fred and Scott, and rent a house together out in the 'burbs. Scott ends up falling in love with an earthling girl, which leads him to a broken heart, and viewers to an eerie ending. 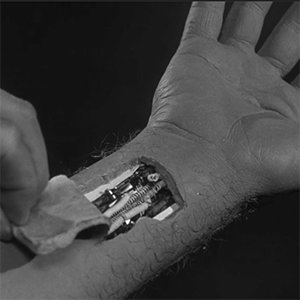 Alan Talbot is just waiting for the train when an evangelist approaches him with a pamphlet. What's normally an insignificant social intrusion results in murder and Alan flees the scene to the home of his fiancee, Jessica. She tries to help, but the homicidal urge in Alan is powerful, and it turns out, powered by a robot system that seems to have replaced the blood in his veins. For anyone who enjoyed "The Lateness of the Hour," this later episode is sure to make your skin crawl. 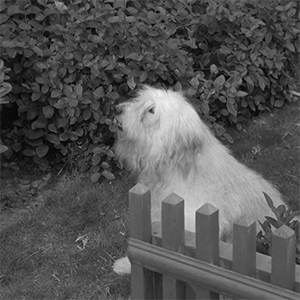 A reporter, Philip Redfield, wanders into a small town filled with crazy technology he's never seen. A little girl's toy makes his dog disappear. A fully functioning replicator. He's intrigued, but also spooked, and to make sure he keeps the small town's secret, the townsfolk decide to hold him prisoner. It has Stepford Wives vibes that rival "It's a Good Life."

MichaelPowers 4 months ago
In Marc Scott Zicree's excellent The Twilight Zone Companion, he would agree with your most of your choices here that they are mostly well done episodes. He doesn't think highly of either "The Shelter", or "Black Leather Jackets", though.
Like Reply Delete

JohnFlannagan 16 months ago
I agree with "The Shelter" episode being underrated. It related so close to the sentiments of what was going on with the Cold War and Russia on one side and the battle between ourselves on the other. Happy Days even did an episode on The Shelter and I believe The Simpsons as well. Spot on!!
Like (2) Reply Delete

RedSamRackham JohnFlannagan 4 months ago
* When "The Shelter" aired it was the era of Kruschev's "We will bury you!" when people across the USA discussed building fallout shelters in case USSR attacked. I remember Sunday newspaper supplements telling us how we could convert our home basements into fallout shelters. I discussed it with my Dad who said it wasn't necessary.
Like Reply Delete

Amalthea 28 months ago
"Owl Creek Bridge" is my favorite! The first time I saw it was in school, believe it or not. I don't remember the reason it was shown, but it was, and it stayed in my memory.
Like Reply Delete

RedSamRackham Amalthea 4 months ago
* TZ version was a French film with no dialogue but previously I'd also seen Alfred Hitchcock Presents version of same story and ending is indeed shocking.
Like Reply Delete

HerbF 33 months ago
So how many of these were written by Rod Serling? You should have noted which episodes were written by Serling, and which by others when assembling this list.
Like Reply Delete

LeeHarper 33 months ago
"The Changing of the Guard" and "The Howling Man" are two of my favorites.

OutriderSmith 48 months ago
Great stuff and am having fun watching these again - But what's truly tragic about this article is the lack of guest stars mentioned. So many greats! Just one example is a young James Doohan in Season 4 episode 3 'Valley of the Shadow'. MeTV is well known for many Trek articles. This should have been a no-brainer. Besides, this episode alone boasts a plethora of guest stars and familiar faces. One of the best cast episodes ever. Now, if you'll excuse me, I just used the word 'plethora' and have to go re-think my life... :)
Like (1) Reply Delete

OutriderSmith 48 months ago
Great stuff and am having fun watching these again - But what's truly tragic about this article is the lack of guest stars mentioned. So many greats! Just one example is a young James Doohan in Season 4 episode 3 'Valley of the Shadow'. MeTV is well known for many Trek articles. This should have been a no-brainer. Besides, this episode alone boasts a plethora of guest stars and familiar faces. One of the best cast episodes ever. Now, if you'll excuse me, I just used the word 'plethora' and have to go re-think my life... :)
Like Reply Delete

jeopardyhead Dario 10 months ago
You don't have to believe this, but that's exactly what I was thinking.
Like Reply Delete