Where To Watch Shop Store Contact
Home / Stories / 10 things you probably never knew about 'T.J. Hooker'
Did you know? 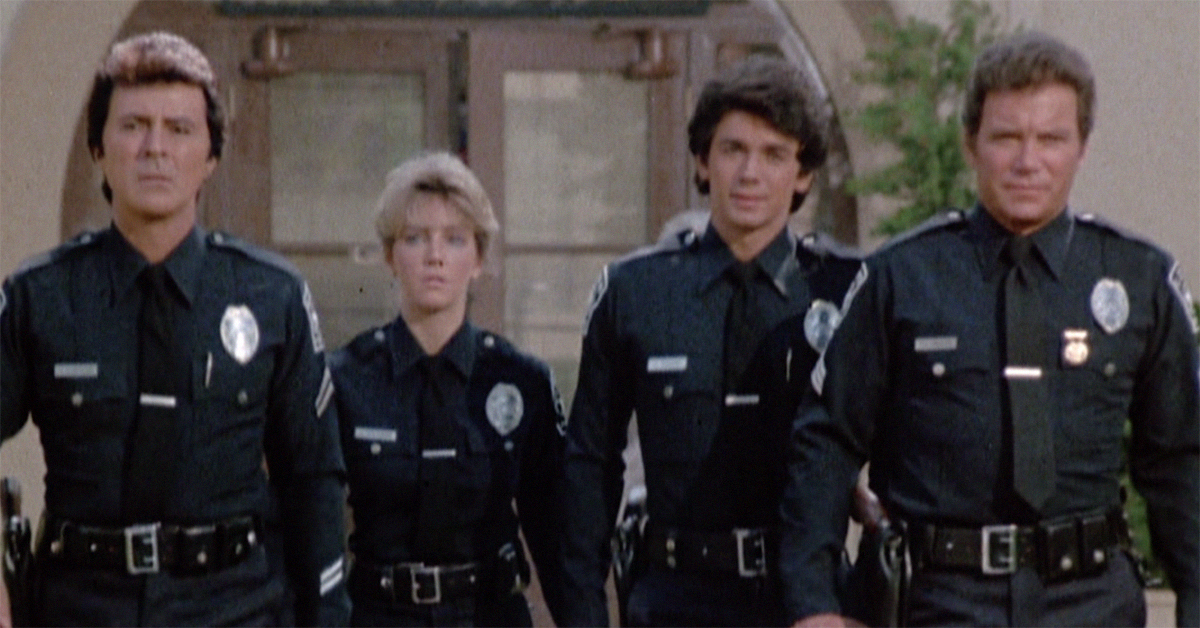 Police cars flying through the air and tumbling down the highway! Explosions! A cop playing chicken with an airplane! Foot chases! A man leaping atop a moving schoolbus! A carnival! William Shatner dangling from a helicopter! Heather Locklear and Adrian Zmed lounging poolside!

If there was a more exciting opening credits sequence than T.J. Hooker in 1980s television, we don't know what it is. Heck, even the series' creator was named Rick Husky, a man seemingly predestined by name to craft 1980s action shows.

For five seasons, from 1982–86, veteran beat cop T.J Hooker and his young underlings patrolled the streets of Los Angeles. The hit series provided a small-screen comeback for Shatner, who had before primarily been known as Captain Kirk. With its mix of grit, humor and stunts, T.J. Hooker encapsulated the era's affinity for macho police stories.

Let's take a closer look at this beloved favorite.

1. It was originally meant to be a reboot of 'The Rookies.' 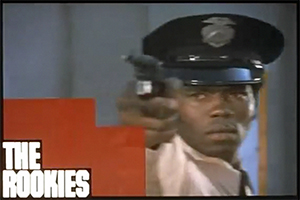 T.J. Hooker was the creation of Rick Husky, a writer who had sharpened his cop-show skills on the 1972–76 series The Rookies. That former action series focused on three young police officers working for the fictional Southern California Police Department. In the early 1980s, producers Aaron Spelling and Leonard Goldberg looked to revive the series, this time calling it The Protectors. After filming a pilot, Spelling and Goldberg decided to focus on William Shatner and retitle the series T.J. Hooker. 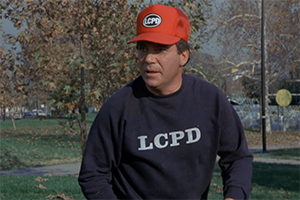 No, the "T" was not for Tiberius. Shatner's character had a presidential first and middle name. His last name was inspired by American history, too. According to creator Rick Husky, "Hooker" was an homage to an American Civil War general, General Joe Hooker. Oh, and the "LCPD" acronym? That stands for Los Angeles County Police Department, a fictional law enforcement agency.

3. There was a real cop named Tom Hooker.

Retired LAPD officer Tom Hooker was working as a security guard when T.J. Hooker first aired, according to a 1993 Los Angeles Times story. He liked to tell friends the TV character was based on him, despite creator Rick Husky denying the fact. As a rookie in 1961, Tom Hooker earned a Medal of Valor for rushing into an inferno to save residents. The real Tom Hooker's tragic, fiery fate was something seemingly ripped from a television script. He was killed in a fire by his third wife, who allegedly committed arson to collect insurance money. 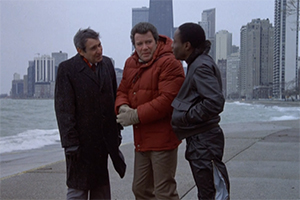 At the end of season four, Hooker left sunny Southern California behind for the streets of Chicago. Familiar faces Heather Locklear, James Darren and Adrian Zmed were gone, too, as the ABC show experimented with a new setting. The episode was shot in the Windy City, as the brutal cold was no special effect, as you can see by how miserable Canadian Shatner looks in this still. The idea was to go in a more comedic buddy-cop direction, following the success of Eddie Murphy films 48 Hours and Beverly Hills Cop. Had the series continued on the network, it likely would have continued down this road. However, the show jumped over to CBS for its fifth season, and Hooker returned to L.A. like nothing had happened, with Locklear and Darren by his side.

In early seasons, Hooker sets a bad example for drivers and passengers. The tough cop rarely wears a seat belt. He buckles up a little towards the end of the third season, and by the time the character was cruising on CBS, he was far more safety-conscious. It's a curious detail that can help you date an episode.

6. They tried to do a spin-off series with Sharon Stone.

The season four episode "Hollywood Starr" was meant to launch a series of the same name. Sharon Stone starred as vice cop Dani Starr, a sort of Sunset Strip answer to Sonny Crockett in high heels and big hair. Jonathan "The Most Interesting Man in the World" Goldsmith also appeared in the backdoor pilot. Alas, the show was not picked up for series.

7. Leonard Nimoy appeared on the show — under one condition. 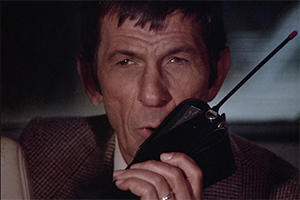 Star Trek fans can delight in the episode "Vengeance Is Mine." Nimoy plays a chief of detectives and old cop pal of T.J. Hooker. He turns vigilante after his daughter is assaulted, leading up to a showdown with the former Spock and former Kirk training their weapons on one another. There's even a subtle reference to the Star Trek episode "The Apple" in a dialogue exchange. "I owe you one, Hooker," Nimoy's character says. Hooker replies, "I remember saying the same thing to you 17 years ago." Nimoy agreed to appear on the show under the condition that he direct an episode. Indeed, he sat in the director's chair for "The Decoy" in 1983.

8. There was a '90210' and 'Melrose Place' crossover of sorts, years before those shows started.

This being an Aaron Spelling production, there is a slight foreshadowing of his two massive Nineties hits. Tori Spelling appears in the episode "Grand Theft Auto," giving her some screen time with Heather Locklear. Of course, Spelling's daughter would go on to play Donna Martin in Beverly Hills, 90210, while Locklear headlined on Melrose Place.

9. Heather Locklear starred on two series at the same time. 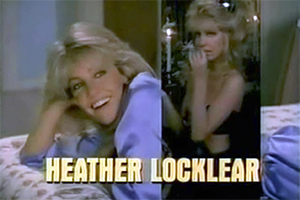 Locklear was pulling double duty in the early '80s. From 1981–89 she regularly played Sammy Jo Dean Carrington on the long-running primetime soap Dynasty.

10. James Darren was afraid of birds. 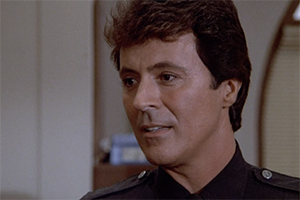 "Jimmy Darren, I remember, was afraid of birds," Williams Shatner wrote in his memoir Up Till Now: The Autobiography. "All kinds of birds." Darren, who played Officer Jim Corrigan, was most familiar to audiences as a former teen idol and Moondoggie in Gidget (1959). Shatner claims the writers immediately started putting the characters on rooftops. "As soon as he saw a pigeon he'd start to cower." 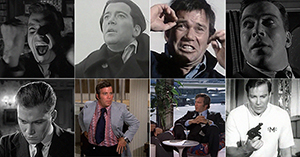 Dive deeper into the career of this one-of-a-kind actor. READ MORE