The network had some rather ridiculous suggestions. 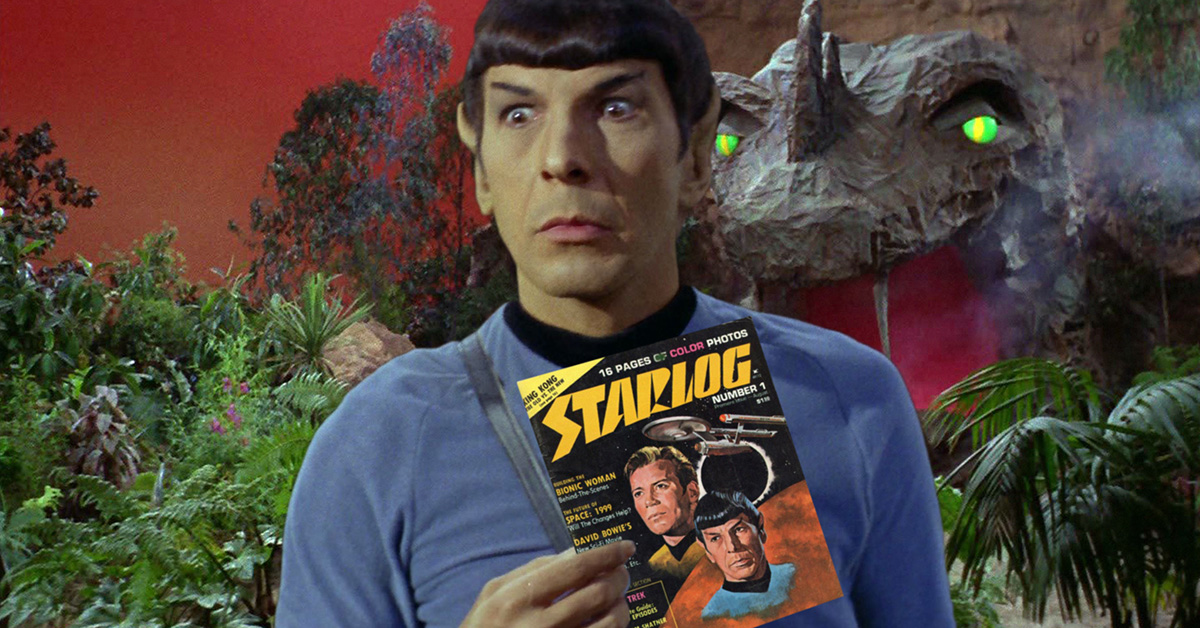 And yet the show continues to surprise and delight us. We continue to learn more behind-the-scenes details.

Recently, we came across the premiere issue of Starlog, the definitive magazine for sci-fi fans growing up in the 1970s, '80s and '90s. It first hit newsstands in August 1976. Starlog ceased publication in 2009, but the back catalog lives on at the Internet Archive. Early issues were heavily devoted to Star Trek, especially the development of the motion picture, as well as Space: 1999 and The Bionic Woman.

Star Trek may be everywhere today, but at that time it was an underground phenomenon. Here are some interesting things we learned from the feature stories. Perhaps you diehards have heard them before, but they remain fascinating nonetheless.

1. There were five stories ideas for a pilot. 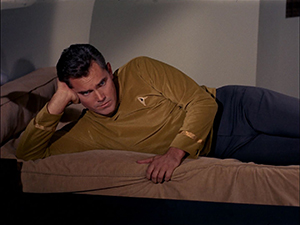 Gene Roddenberry had been mulling his idea for a "Wagon Train to the stars" for years before he brought the concept to Desilu Production. The studio founded by Lucille Ball and Desi Arnaz was struggling financially and jumped at the idea. Desilu and Roddenberry presented five potential story ideas to NBC. The network picked "The Cage." Of course, the network later rejected that finished pilot.

2. The show was not quite as progressive as it could have been. 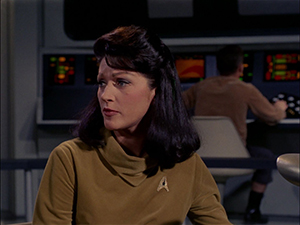 Star Trek is rightfully lauded for its revolutionary diverse cast and its optimistic vision of a more utopian future. Roddenberry deserves much of this credit. But the creator did back down in one regard. After watching the first pilot, NBC asked Roddenberry to "ditch his number one officer," played by Majel Barrett. The TV execs felt that audiences "would not accept a female second-in-command." It was still the mid-'60s.

3. The network wanted to ditch Spock because he looked Satanic. 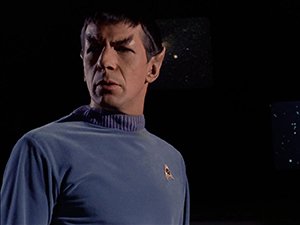 Roddenberry at least stuck to his vision in one key area: He refused to get rid of Spock. The network asked him to get ride of the pointy-eared alien. Why? NBC feared that the Vulcan "looked like the devil and might offend religionists in the audience."

4. The network continued to give ridiculous notes during production. 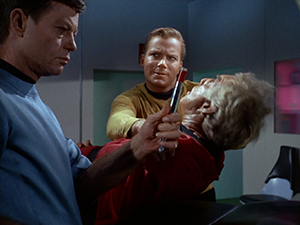 As the series carried into production, the network contined to provide notes to Roddenberry. TV business as usual, sure. However, their suggestions were rather kooky. Take this feedback on "Dagger of the Mind" — "Since you are portraying hypnotism as a legitimate medical tool, Van Gelder should be hypnotized by Dr. McCoy rather than Mr. Spock," and "The use of visual or aural effects which would shock or alarm the viewer… are not permissable," and "…a knee to the face would be considered [too] brutal." But good luck making your action-packed space show! 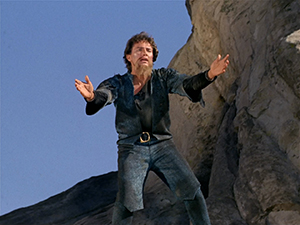 The article points out that other "ordinary" TV productions at the time were cranking out shows in a "normal seven eight-hour work days." Trek, on the other hand, required up to 15 hours a days — and was still falling behind schedule.

6. One million protest letters led to a third season. 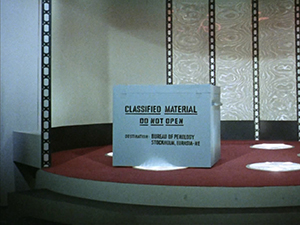 At the end of the second season, NBC announced that the show would be cancelled. However, a uprising of fan mail, beginning in San Francisco, flooded the network. NBC received "roughly one million letters of protest." Overwhelmed with the response, the network renewed the show. So, those fans who complain about "Spock's Brain," well, you can blame other fans for its existence.

7. Six years after cancellation, the show was syndicated everywhere. 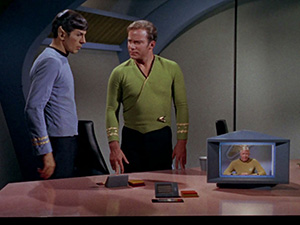 By the mid 1970s, this once struggling cult sci-fi show was being aired in syndication on 142 American stations. 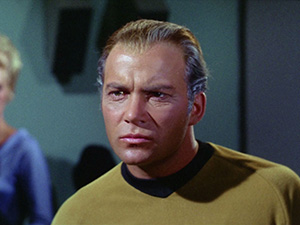 Roddenberry's first plot for Star Trek: The Motion Picture was "one concerning the formative years of the characters — their days at the Space Academy; their first assignments; their coming together to man the Starship Enterprise." Consider the actors were all a decade older, we can only assume this would have meant recasting the roles for teenage Kirk and Spock. 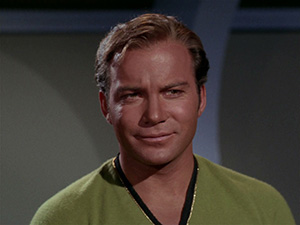 Early in his acting career, Shatner considering himself more of a Shakespeare man, a stage performer. The young Canadian thespian even turned down a seven-year contract with 20th Century Fox for $500 a week. Years later, he said no again, passing on the offer to play the lead role in the 1961 series Dr. Kildare, which would make Richard Chamberlain a star.

10. Rod Serling was a massive fan. 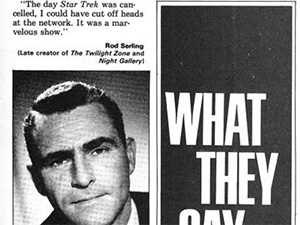 "The day Star Trek was cancelled, I could have cut off heads at the network," the Twilight Zone creator said. "It was a marvelous show."

SEE MORE: SURPRISING THINGS WE LEARNED ABOUT LEONARD NIMOY FROM A 1977 'PEOPLE' PROFILE 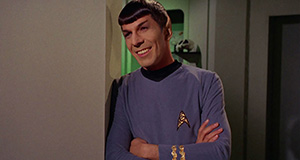 He went from driving a taxi to receiving thousands of love letters a week. READ MORE

TonyClifton 7 months ago
Proof that they don't call network execs "nitwits" for nothing.
Like Reply Delete

Dario 40 months ago
The things that this show through. My goodness! 😀
Like Reply Delete