Meet Larry Strothe: Inside the Collection 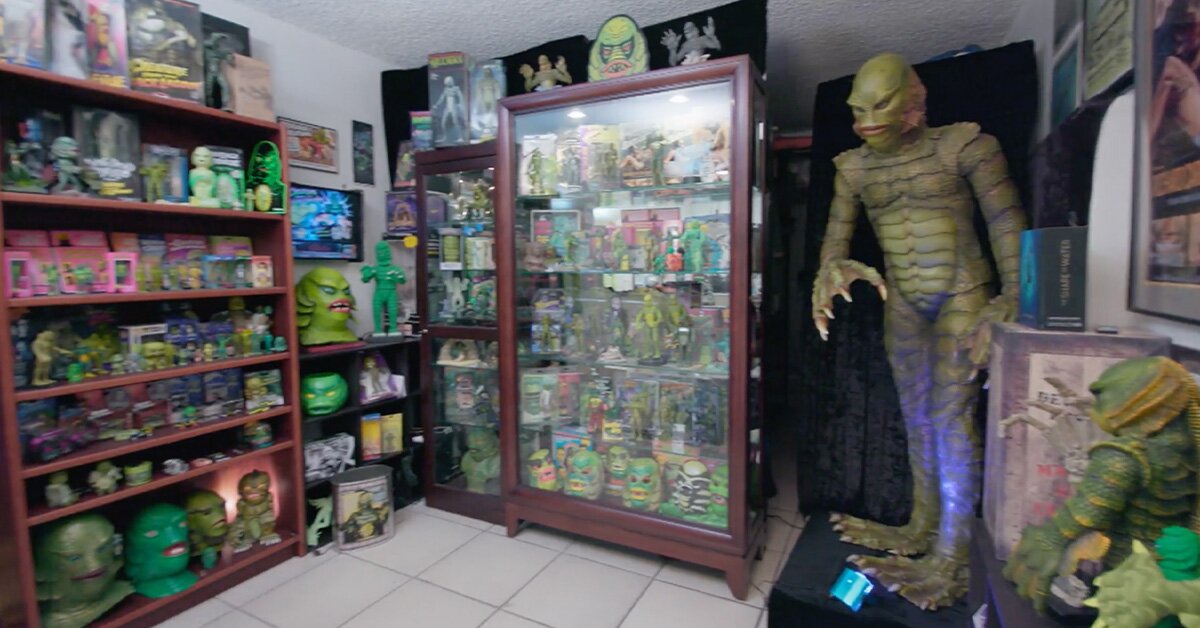 From heads to statues and original artwork, no item from The Black Lagoon gets overlooked in this collection!

There may be no one more enthusiastic and energetic about Creature from the Black Lagoon than Larry Strothe. A devoted collector ever since he was a kid, Larry’s monster-sized collection features everything from a life-sized Creature to some Scary Monsters Magazine cover art. Larry’s brought along his good buddy and Monster Party podcast sparring partner, Matt Weinhold to step up the fun. Joining Lisa today--much to our collector’s delight, is our expert John Gilbert, AKA The Arizona Gill-man, who will appraise Larry’s collection and then try to pull off a seemingly impossible trade that means a lot to both our collector and expert. 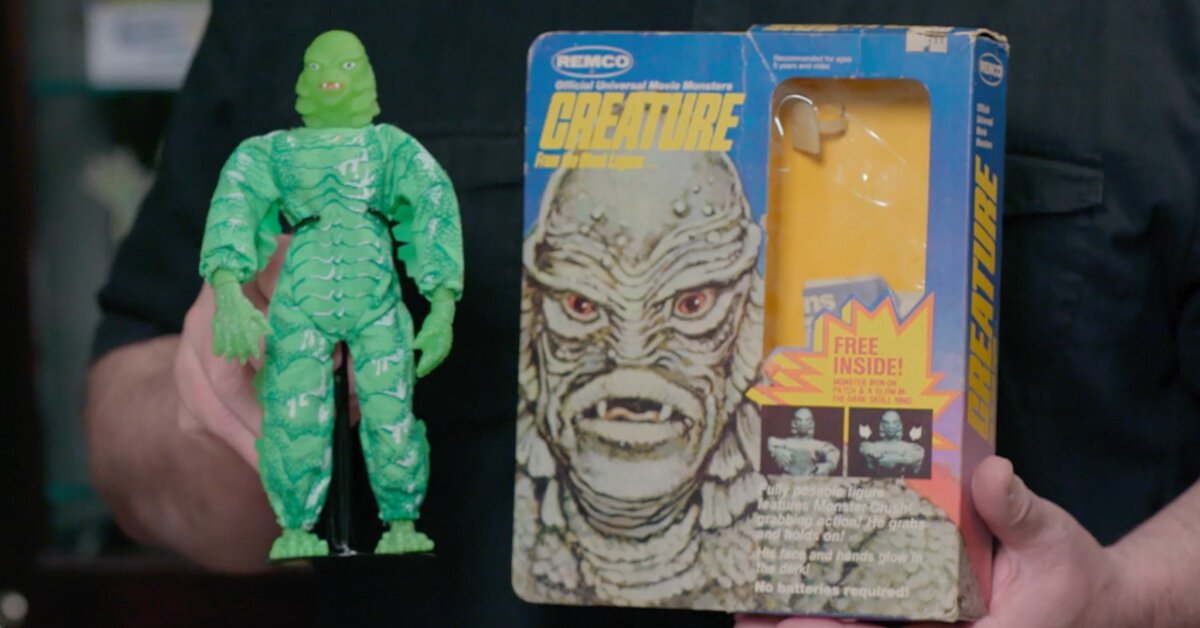 This 8-inch Creature was made in 1980. When Larry had the chance to score this toy as a child, he passed it up because the Creature was wearing an outfit that covered up its scales. He missed out on saving a lot of money, as the Creature retailed for only $3.99! Thankfully, years later he was able to find the Creature on eBay, with the box! Though he paid $500 for it 15 years after it would only cost a few bucks, Larry could still see a nice profit on this Creature! 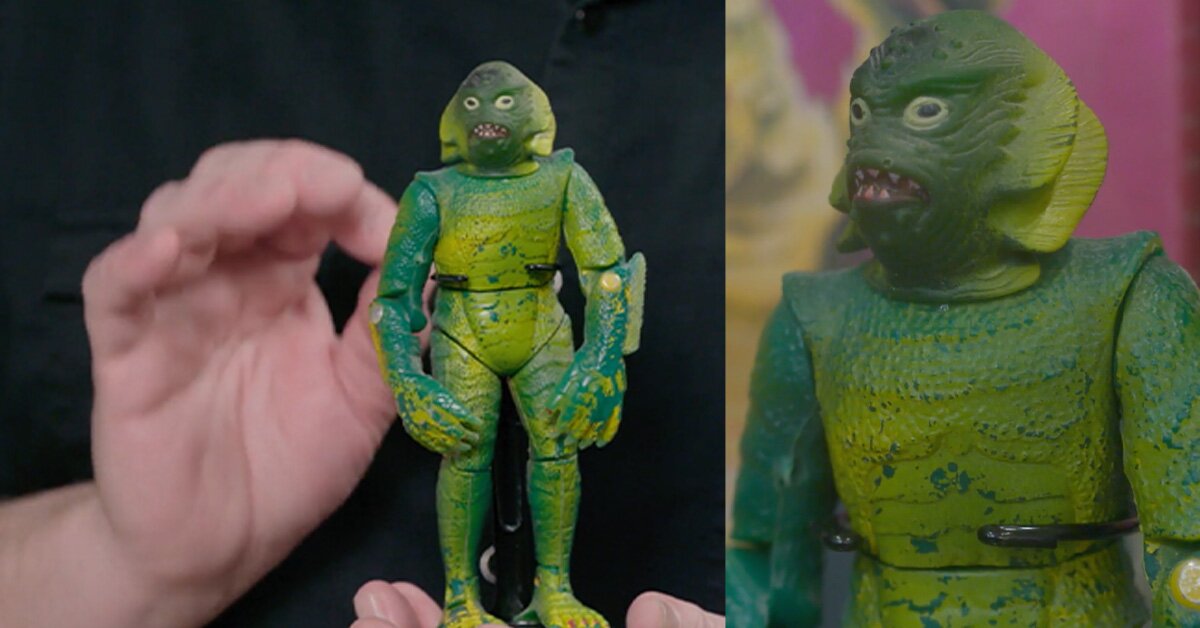 Larry calls this piece of his collection "one of his most prize possessions." There's good reason for that, as our expert says the AHI Creature was a defining toy of the era. With plenty of detail, from the rivets on the arms and legs to the well-preserved yellow paint, this Creature is one of the rarest figures across AHI's lineup! 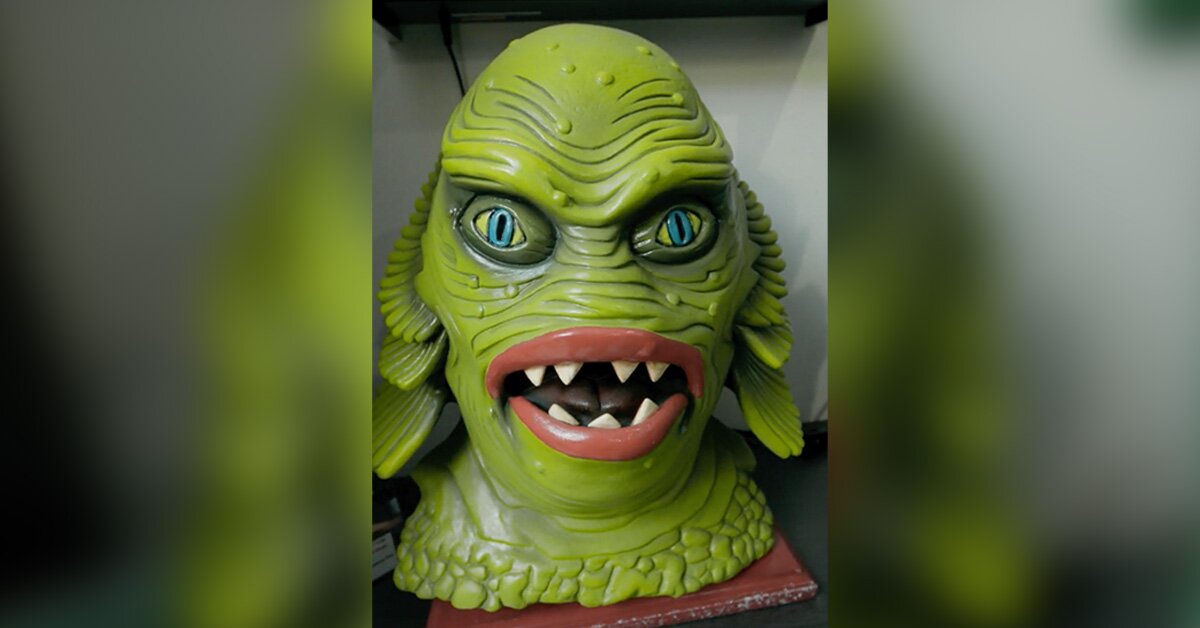 This bust belongs in some sort of Black Lagoon hall of fame! The mammoth Creature head is based off The Aurora Monster model kit. The head was created by Adam Dougherty, also knows as the Kreature Kid. Less than 10 of these life-sized Creature heads are in existence! 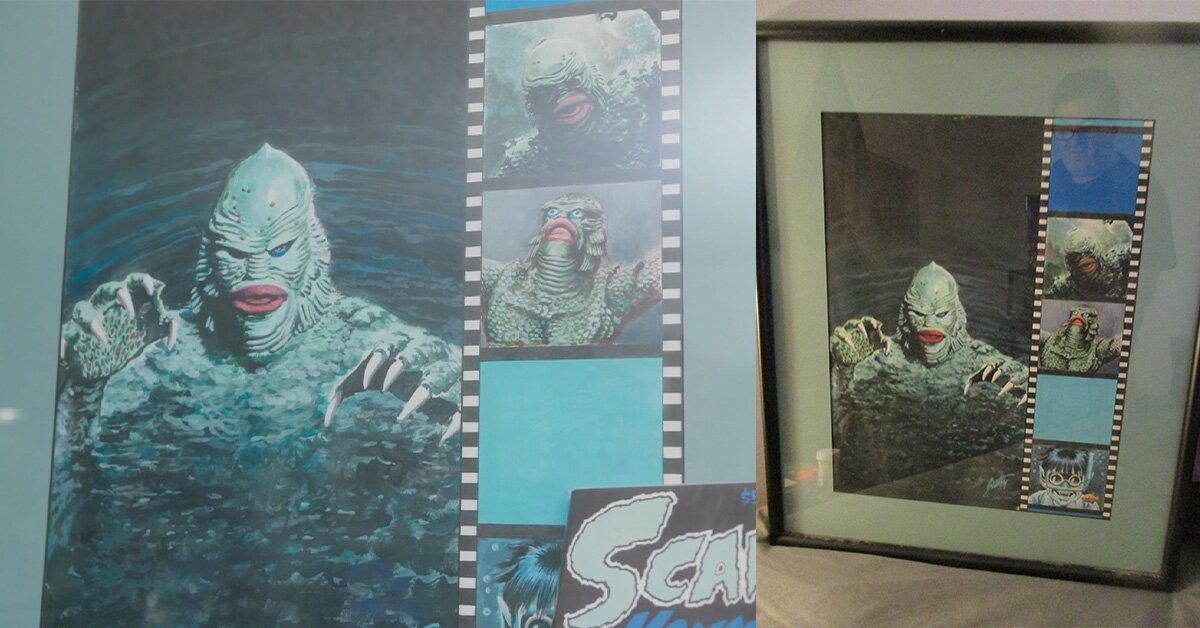 Larry got this piece of Scary Monsters Magazine cover art from a collector previously on Collector's Call! It came from veteran Hollywood character actor Daniel Roebuck, who was featured on a season-two episode of Collector's Call for his vast collection of Sci-Fi movie memorabilia. Check out his collection here! The artwork Larry recieved from Daniel was based from an issue of Scary Monsters Magazine in which our expert, John Gilbert, was featured. There's no shortage of media crossover for this original artwork, which could be worth up to $1,000! 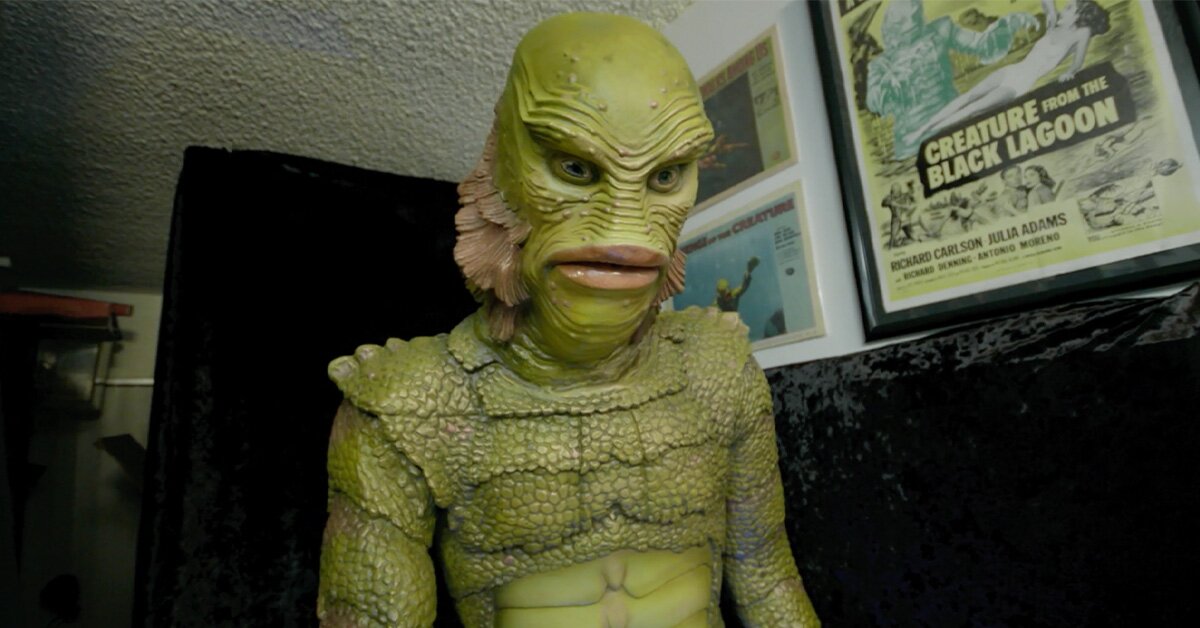 This is as close as you can get to having the real Creature! This statue was inspired by Mark Alfrey, who has worked in Hollywood with special effects and sculpting. Alfrey was petitioned by several Creature from the Black Lagoon fans, including our expert John Gilbert, to create a life-size creature. A company that had one of Alfrey's original life-sized Creatures created this one for Larry. Though Alfrey didn't create this one himself, the painter who worked on it also worked on the creature from the movie The Shape of Water. 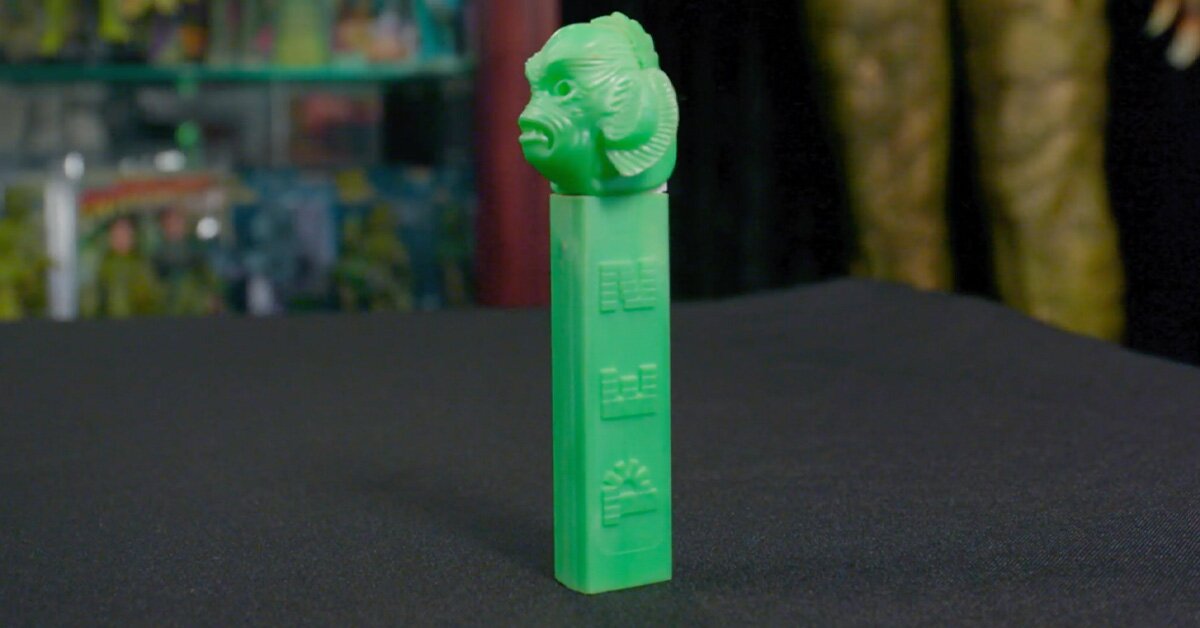 It's the Creature from the Black Lagoon PEZ dispenser that every collector covets. Tilt the Creature's head back for the classic treat, in a color that represents the Creature best! 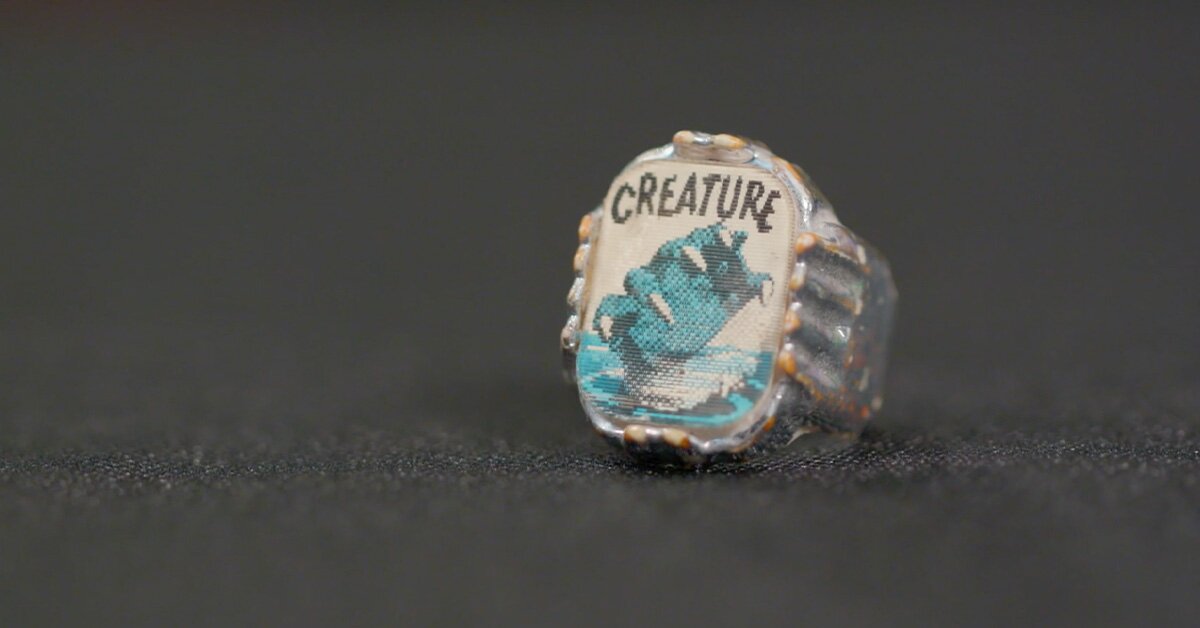 This ring has the embedded image of the Creature's hand, coming out of the water for a swipe! While it may seem like a rather small item compared to others we've seen in this list, it certainly catches the eyes of our collector and expert!

Tags: Collector's CallSci-Fi
Are you sure you want to delete this comment?
Close

Hello,
Settings / Logout
Newest | Oldest | Top Comments
kirkmkeller 5 months ago
Marineland in Florida has a great collection of movie props. Props that were actually used in the movie. Marineland is where they filmed the movie.
Like Reply Delete