Meet Bill Leff: Inside the collection 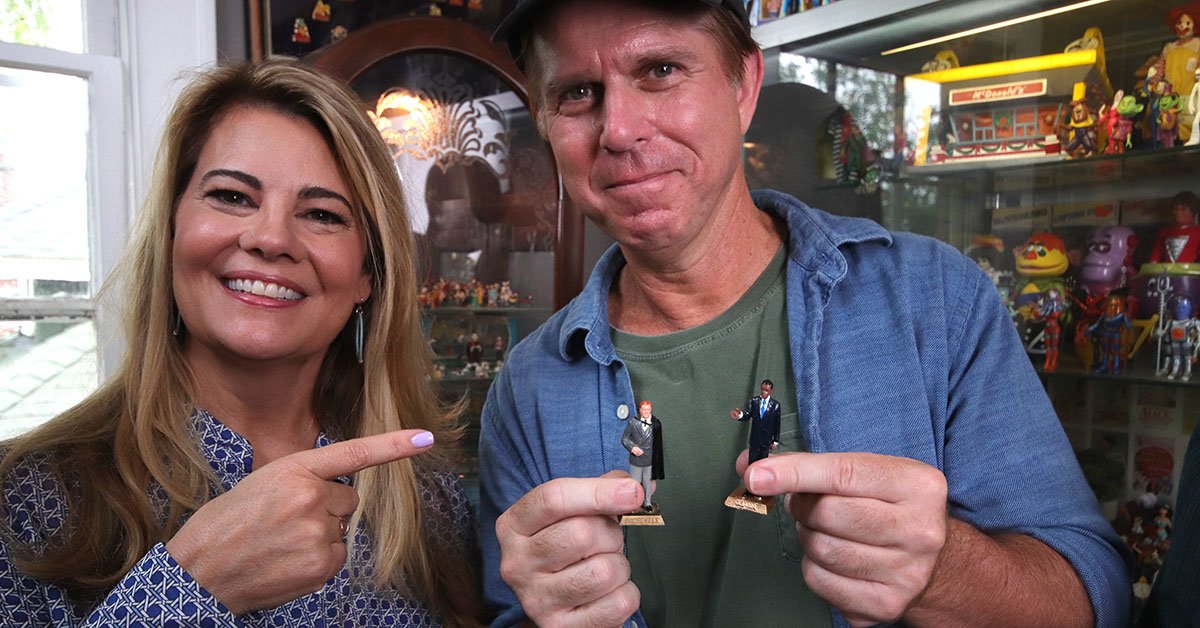 Bill Leff is a former standup comedian who has spent the last 20-plus years working as a radio talk show host. Bill’s collection is almost as fun as he is. Since childhood, he has amassed thousands of vintage toys, dolls and figurines.

Bill’s collection includes rare items that may be familiar to some Baby Boomers – like the multi-purpose boys’ action figure from the 1960s, Captain Action; or the Outer Space Men, a beloved group of extra-terrestrial figurines from the Colorforms toy company that were popular in the early 1970s.

Bill is joined by his longtime friend from the standup comedy circuit, Leo Benvenuti. Leo has been a respected screenwriter for years, responsible for movies like Space Jam and The Santa Clause. And while he doesn’t collect, Leo looks at his friend’s toy collection with a combination of bemusement and admiration.

Lisa has brought along Mark Huckabone, a vintage toy collector, to appraise Bill’s collection; and Mark’s trade item will definitely strike a chord with fans of classic TV westerns. 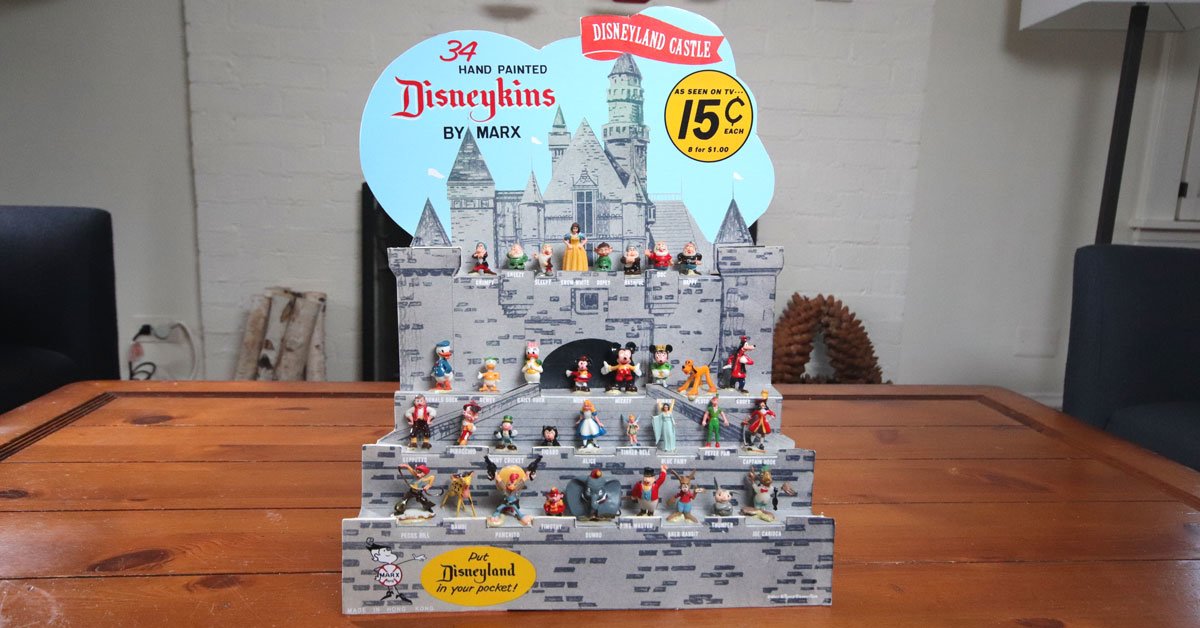 These little figurines from the Marx toy company were sold in toy stores and bakeries, as they could be used as cake toppers. Bill invested $10,000 in collecting the entire set, which is worth upwards of $20,000 today. The hardest to find? Flower, the skunk from Bambi. 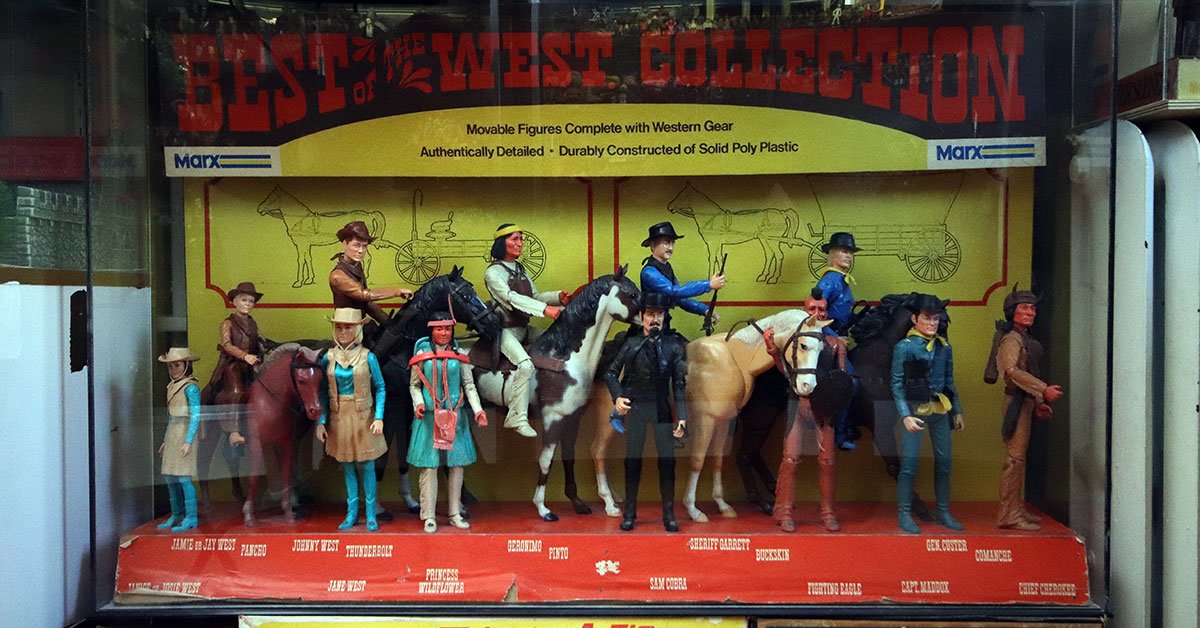 The Johnny West action figure had a full set of friends and enemies (like the villainous man in black Sam Cobra).  Our appraiser has only ever seen two complete sets — and Bill's is the nicest. No wonder it's worth $20,000. 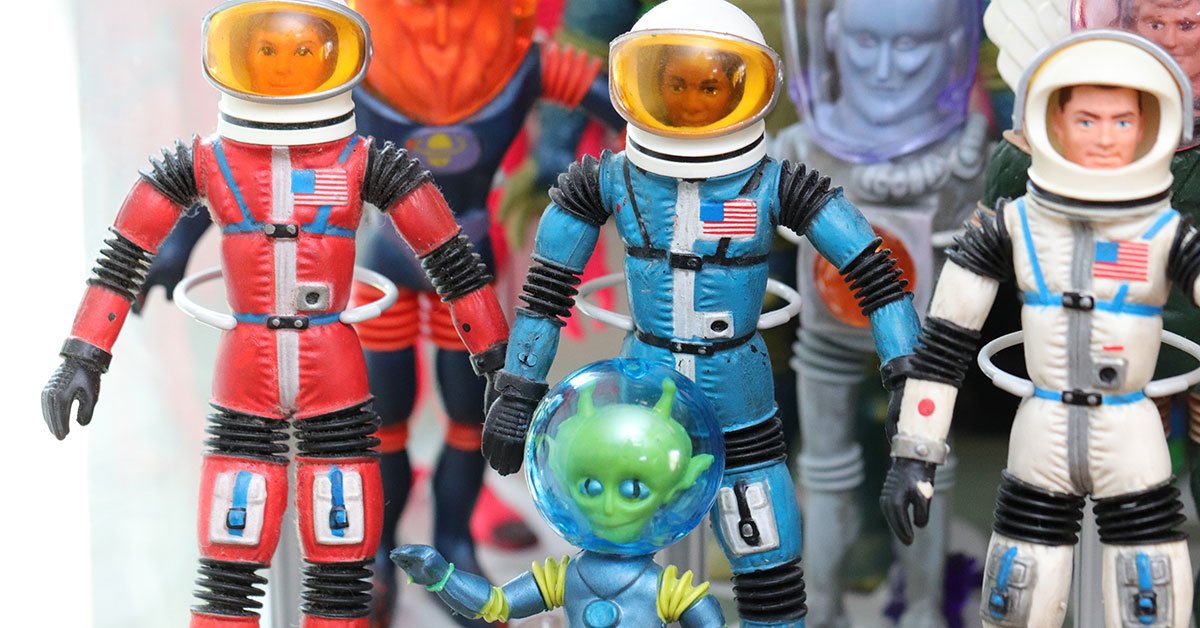 Two beloved sets from the Sixties centered were inspired by the space race. Mattel's Major Matt Mason astronauts came in different colors, a cosmic competitor to G.I. Joe. The Outer Space Men collection from Colorforms was an array of quirky aliens — that also happened to inspire the creatures in the iconic "Cantina Scene" in Star Wars. The little green man here at the bottom is Alpha 7. 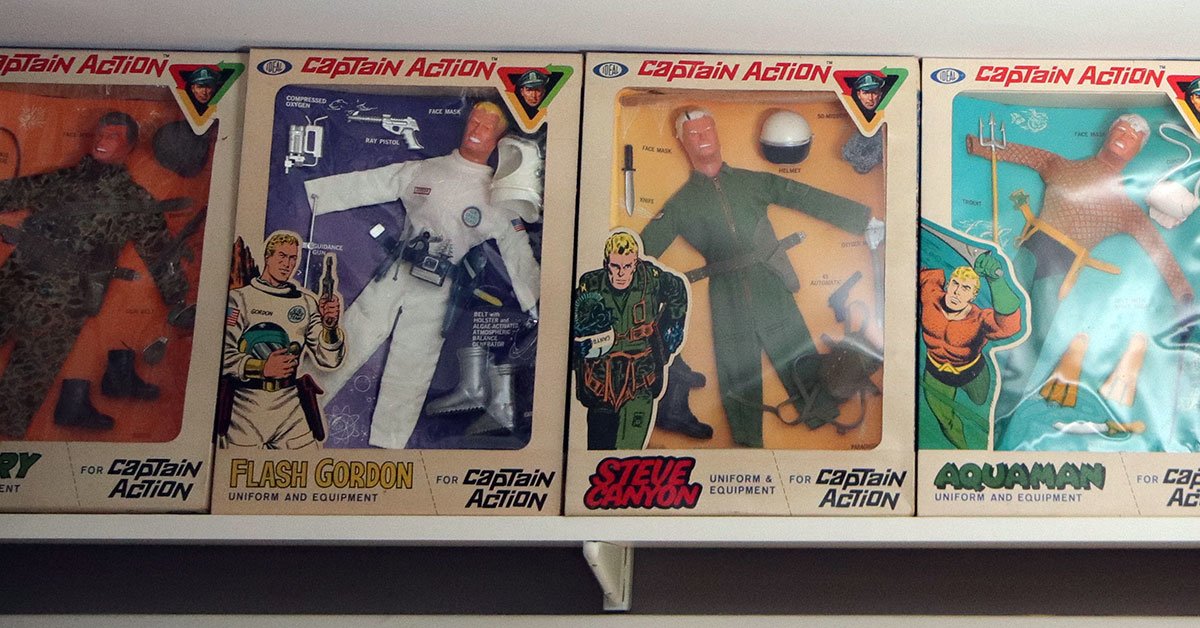 Captain Action, another G.I. Joe competitor, was a doll somewhat modeled after actor Robert Vaughn. Kids could also accessorize the doll with outfits styled after other popular pop-culture figures. Captain Action could dress as Flash Gordon, Captain America, Aquaman, Steve Canyon, etc. He was a man of all franchises. 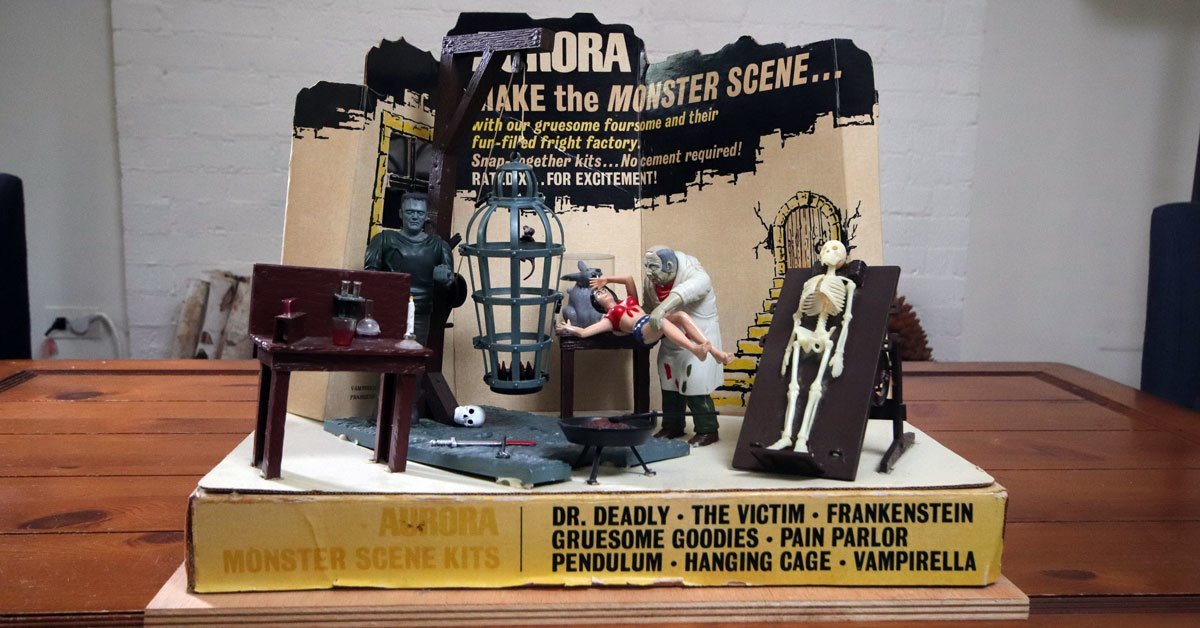 The Aurora company made these cool sets modeled after classic horror films in the Sixties. This display kit is worth is $2,500. 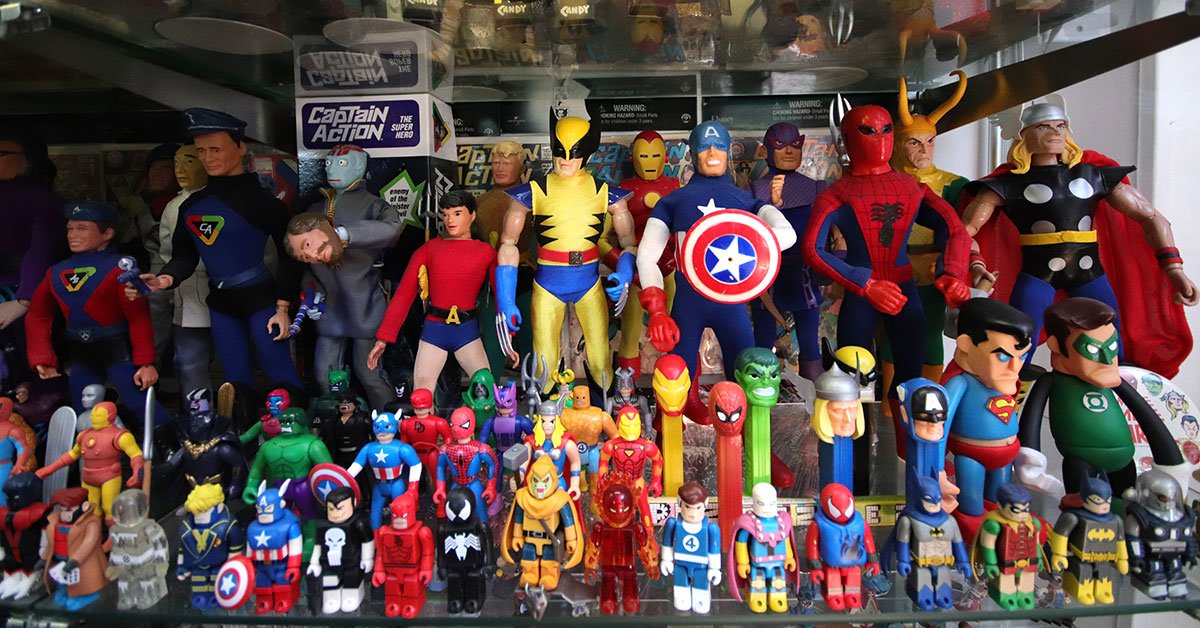 Bill's collection extends from his house into his garage. This glass case is stuffed with loads of cool toys. 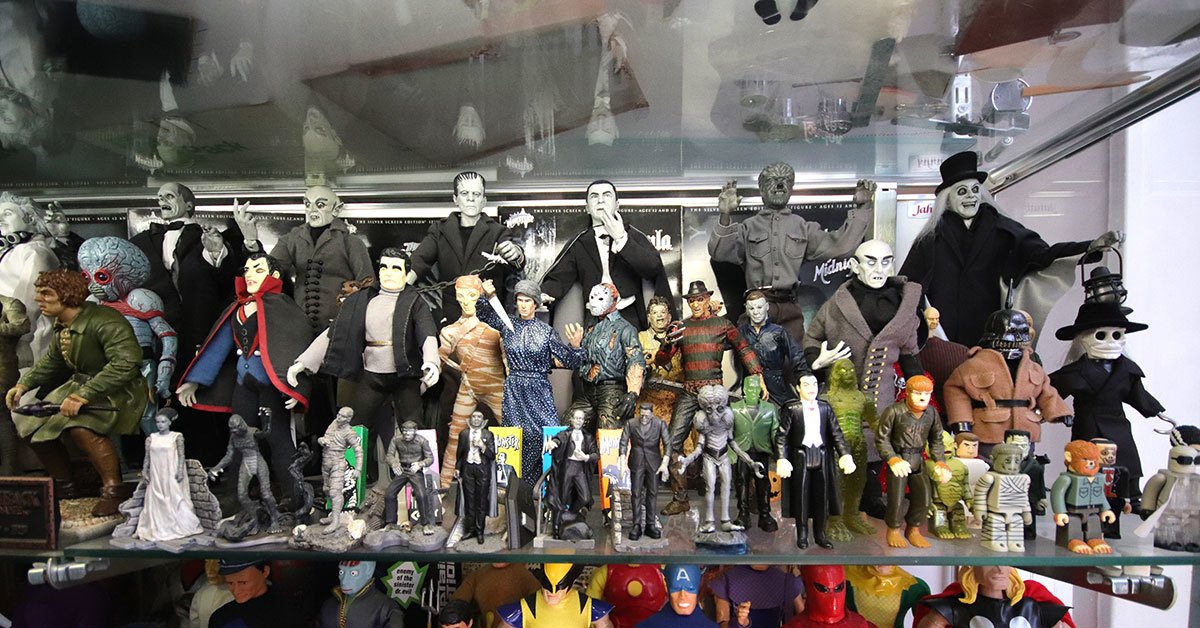 Another shelf in the same case has more classic horror figures. 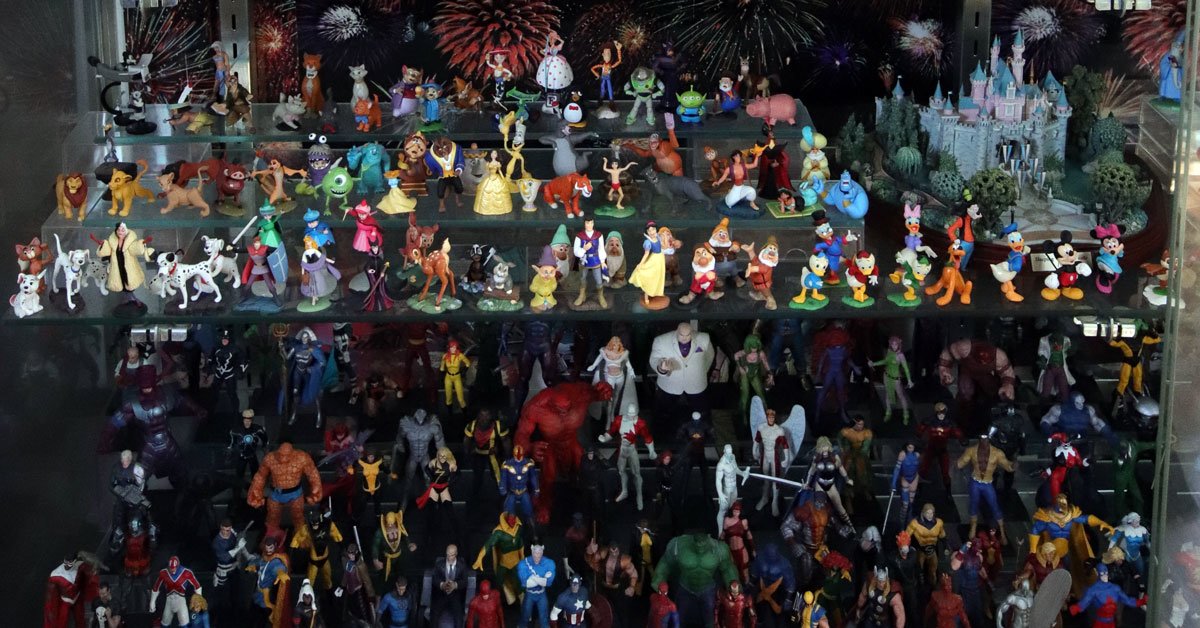 The lower shelves in this case are dedicated to Disney/Pixar toys and Marvel heroes. 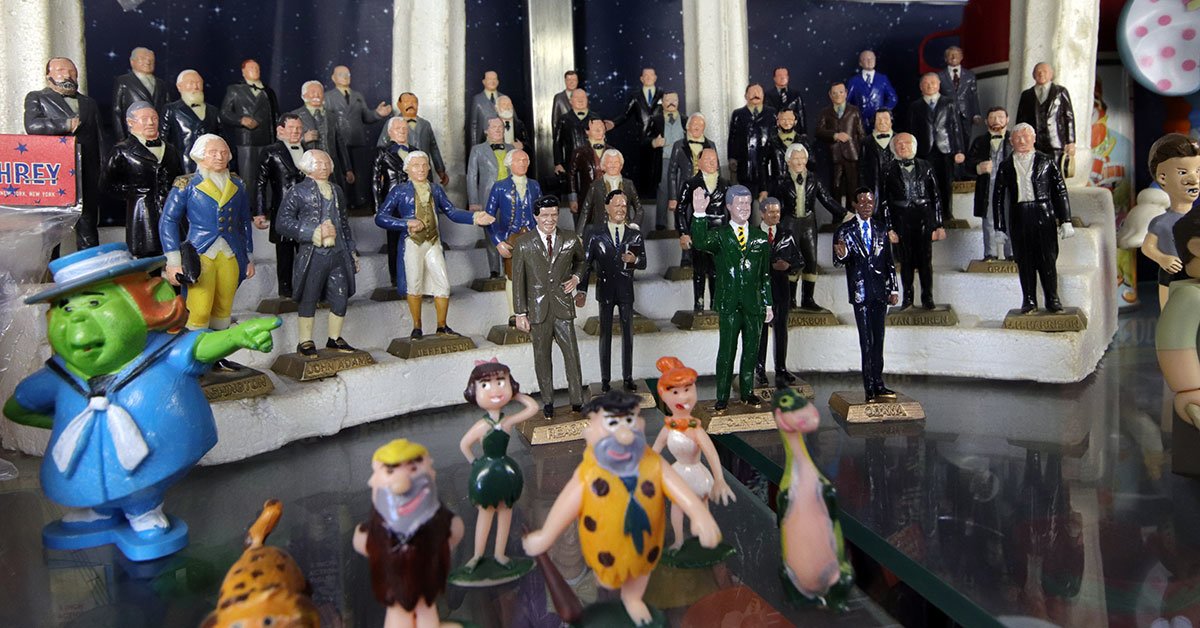 Marx originally made president action figures in the Sixties. The collection continues to grow, as you can see by modern figures here for Reagan, Clinton, Obama and the two Bushes in the front row. 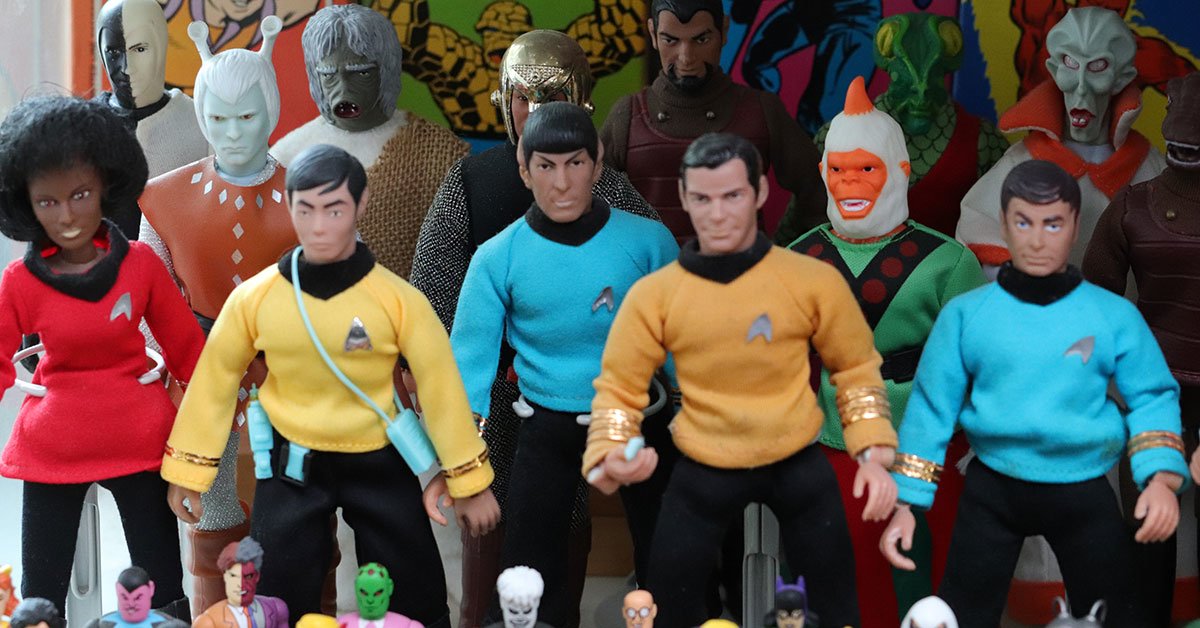 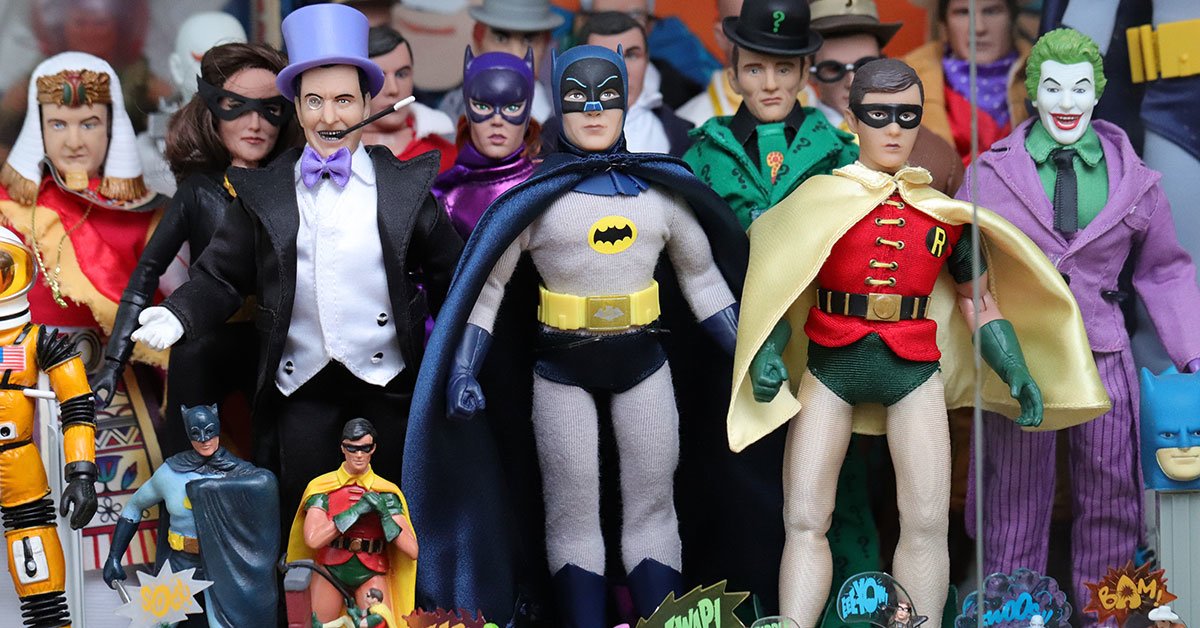 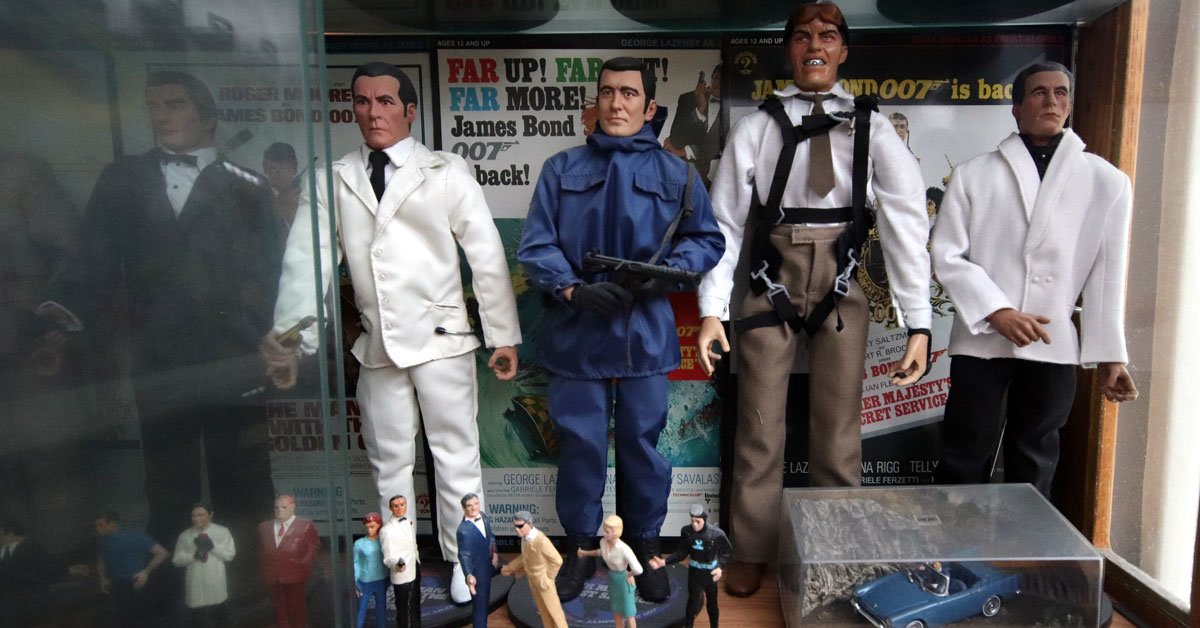 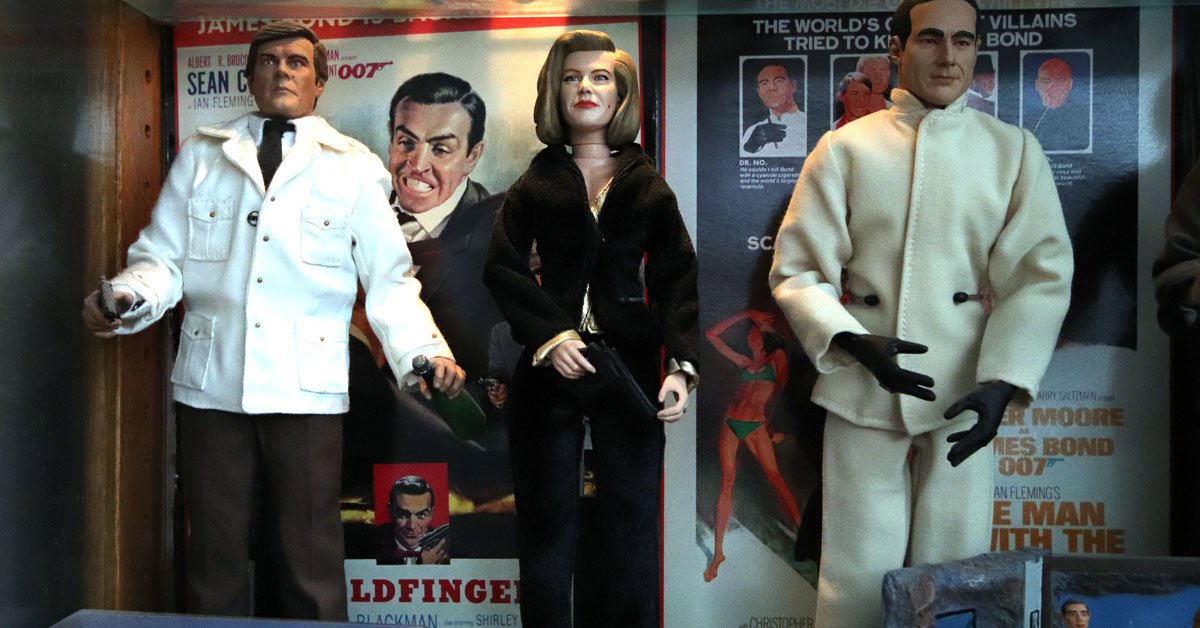 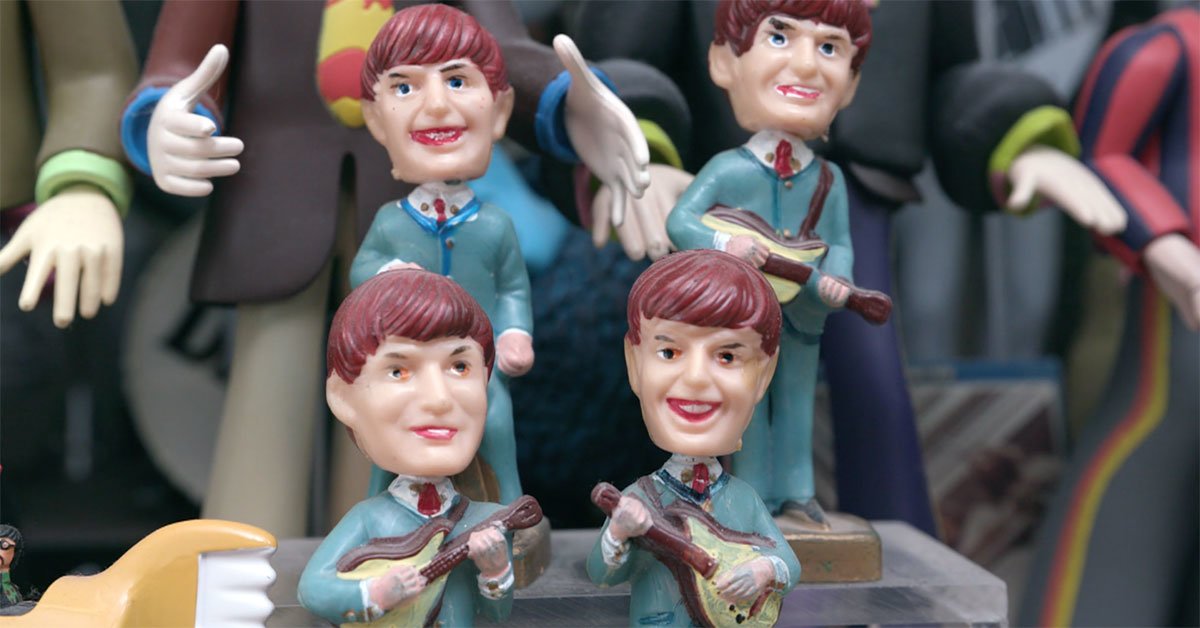 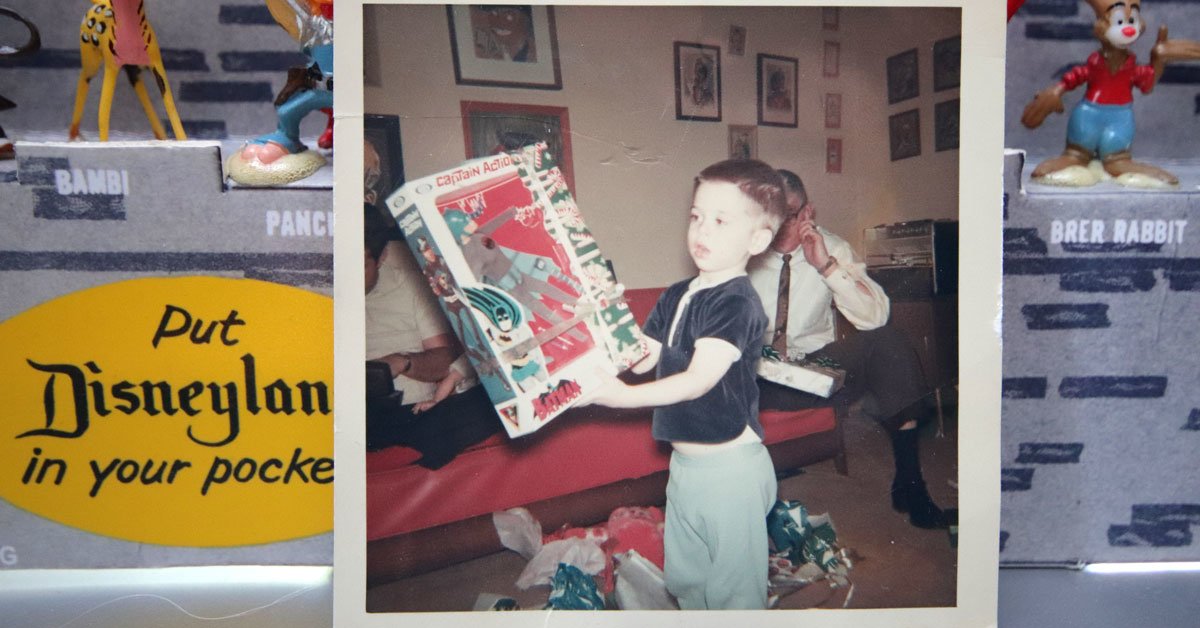 Bill got his collection going from a young age, as you can see here as he unwraps a Captain Action Batman kit in the 1960s. 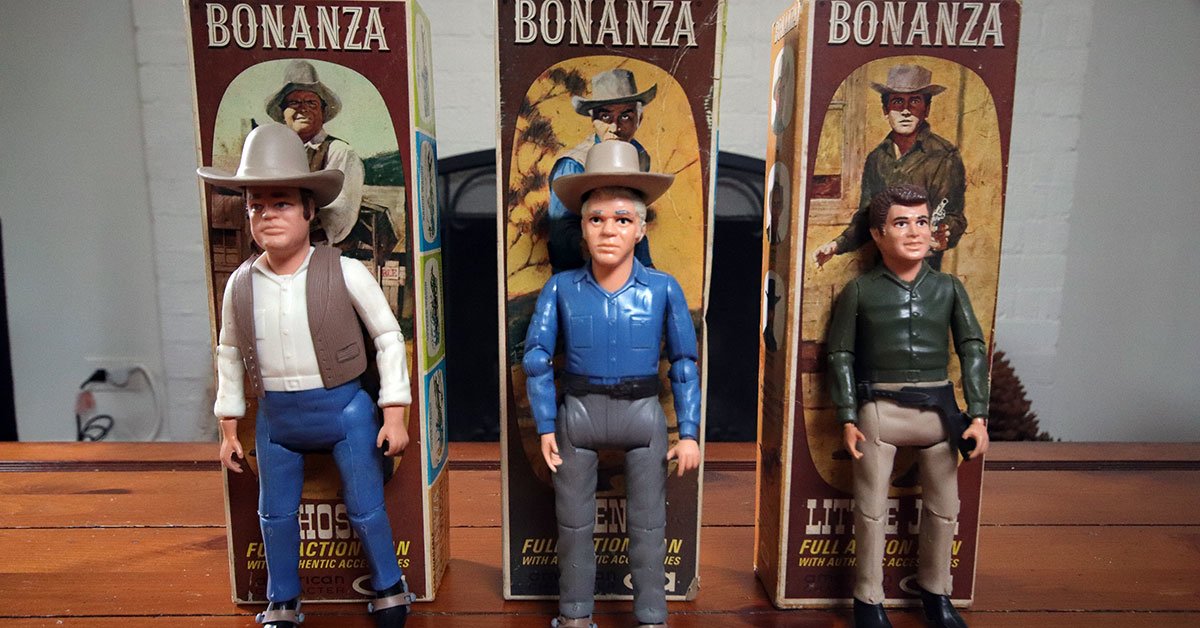 The American Character company manufactured these dolls in the late 1960s — and they remain in stunning condition. Our appraiser is hoping to trade them with Bill in exchange for his Captain America and Aquaman costumes for Captain Action. Will they make the trade? Take a look at what he's asking for… 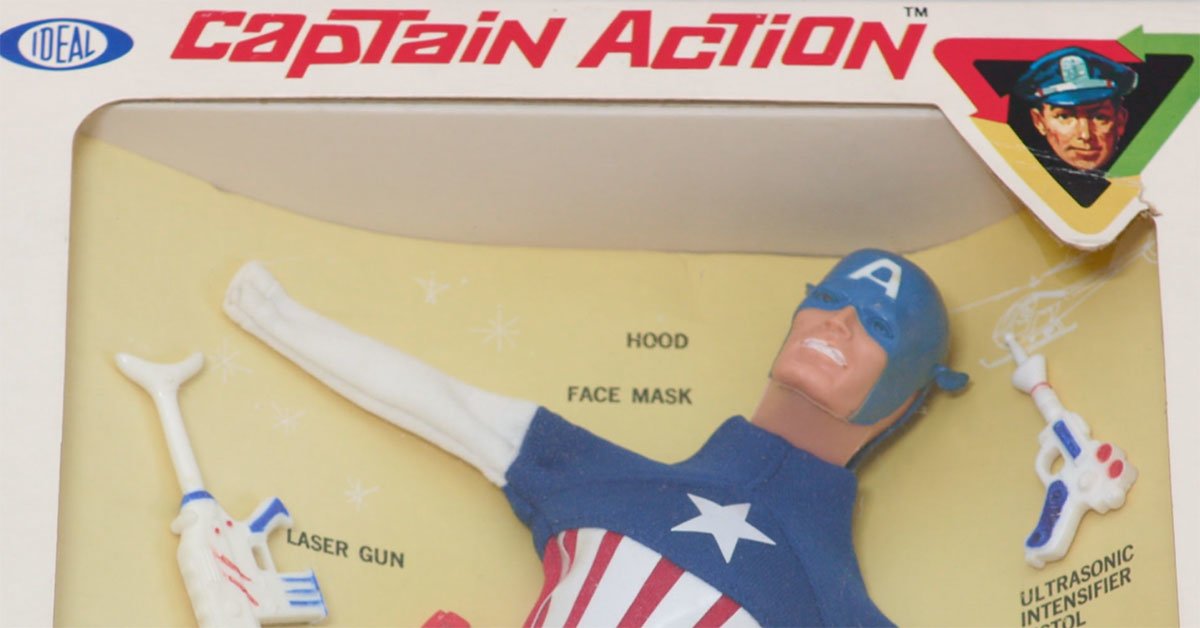 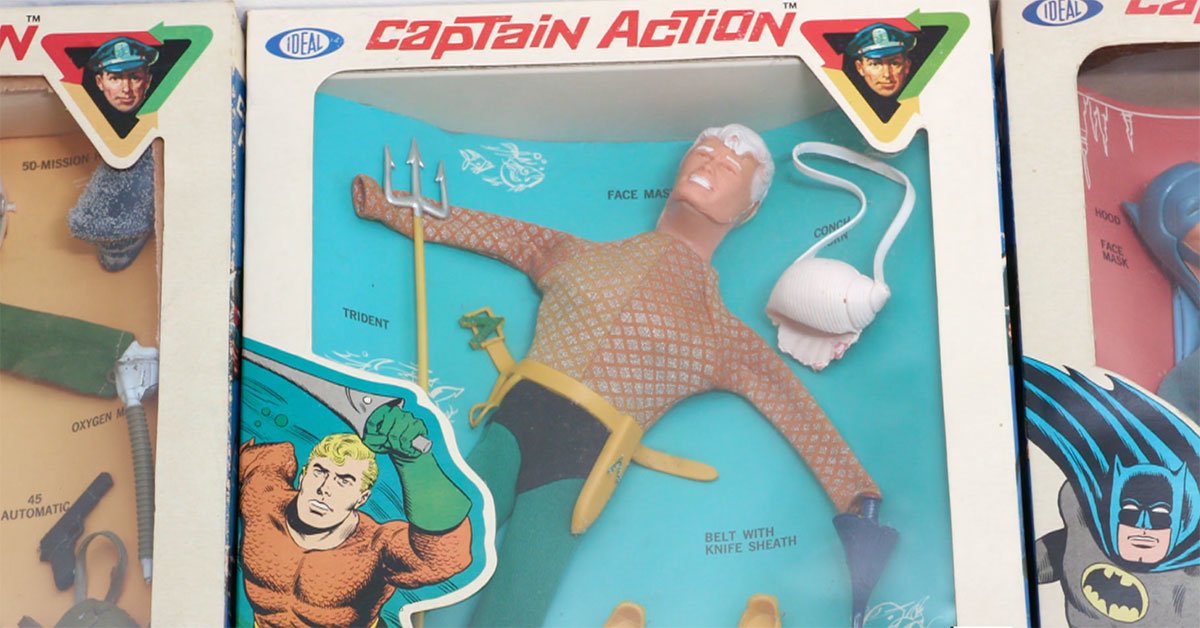 Tags: Toys1960s
Are you sure you want to delete this comment?
Close

TheSentinel 19 months ago
Funny how this appearance on Collector's Call has since led to Bill's current stint as the host of Toon In with Me on weekday mornings.
Like Reply Delete

AJ_ TheSentinel 12 days ago
I’m sure Bill’s years on the road as as a a stand up, his time in front of the camera (Major League and Major League II, plus The Magic Door), his years as a radio personality, plus his industry connections (he was already acquaintances with Rich Koz, who often called into his radio show) all helped some too.
Like Reply Delete

dth1971 34 months ago
He had Peanuts comic strip figures!
Like Reply Delete

Debbi 34 months ago
I was amazed at Bill's collection. I had an actual physical sensation, sort of a rush, when I saw the "Figaro" toy. I had many of those early Disney toys, and Figaro was by far my favorite. My brother and I also had the werewolf, dracula, and frankenstein monster figures, and Roy Rogers, Dale Evan, Trigger, Buttermilk and Bullet toys, as well as the saloon building setup, which if I recall correctly had a few building, made of tin (?) and probably loaded with lead paint! Great collection!!
Like Reply Delete

RickSon 34 months ago
rson754 @yahoo.com send address it is yours
Like Reply Delete

RickSon 34 months ago
Do you want a map of the Poderosa?
Like Reply Delete