Where To Watch Shop Store Contact
Home / Stories / You can trace Mayberry's roots back to Bill Idelson's Golden Age radio show
Did you know?

The Andy Griffith Show was an attempt to recreate the small-town lunacy of "Vic and Sade." 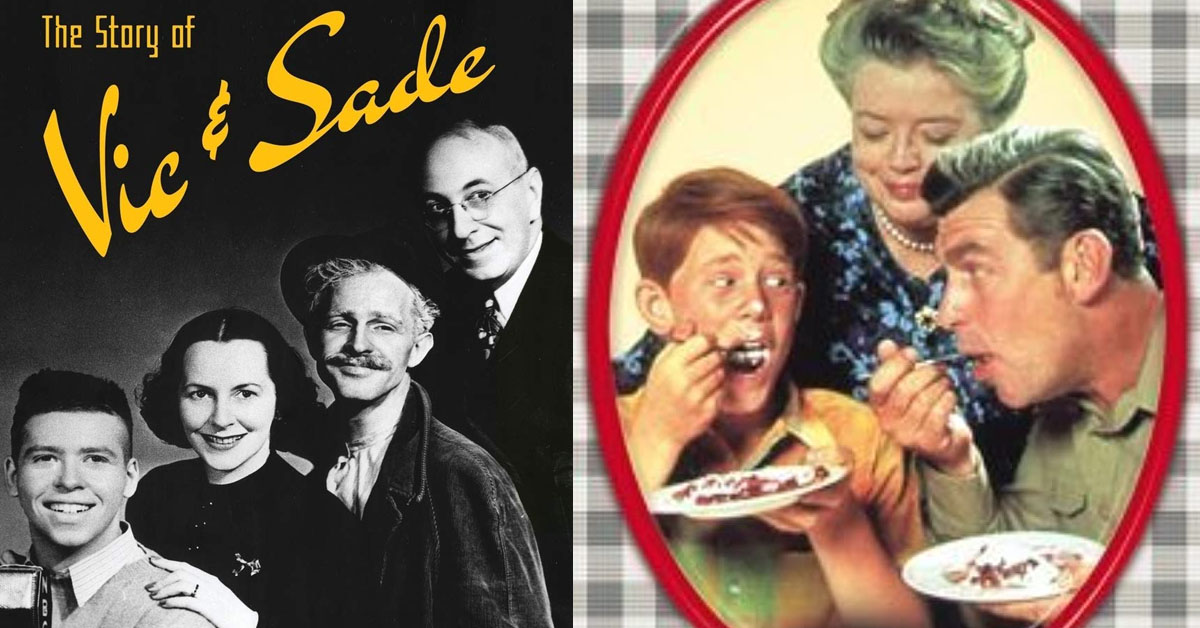 Before Ron Howard ever considered playing Opie Taylor on The Andy Griffith Show, Bill Idelson was the young boy tapped to draw audiences into small-town stories on the radio show "Vic and Sade."

The year was 1932, and Idelson was 13. When his mom suggested that he audition for the radio show, he threw a tantrum because he’d already decided he was done acting, before he even hit his teen years. Little did he know that acting would remain a huge part of his life.

Eventually, his mom persuaded him to go to the audition.

When Idelson met "Vic and Sade" writer Paul Rhymer, he told the Chicago Tribune in 2006 that he instantly understood that Rhymer was "the most remarkable person I ever knew."

Considered one of the most idiosyncratic radio shows of the Golden Age of Radio, "Vic and Sade" was a comedy show that featured interludes about family life, including father Vic, mother Sade and their adopted son Rush.

Rush as a character was based on Rhymer’s childhood in the real world, and Idelson decided that day to join the program so he could get to know Rhymer by playing Rush, stepping right into his new hero’s shoes.

"Vic and Sade" aired from 1932 to 1946, becoming one of the most popular radio shows of its time, with millions tuning in. Avowed fans included celebrities like Cary Grant, president Franklin Delano Roosevelt and famous satirical writers like Kurt Vonnegut and Ray Bradbury.

But perhaps among the show’s biggest fans was Andy Griffith.

The Chicago Tribune reported that "Andy Griffith repeatedly told Idelson that The Andy Griffith Show was an attempt to recreate the small-town lunacy of ‘Vic and Sade.’"

He was so good, he won Writing Guild Awards for episodes of The Andy Griffith Show and Get Smart.

This set him up to do more writing on every show where writing mattered, including Seventies shows like M*A*S*H, The Odd Couple, The Bob Newhart Show and Happy Days.

But no matter how much more Idelson came to enjoy writing, he never completely stopped acting. You can spot him as Fonzie’s shrink in the Happy Days episode "A Mind of His Own" and a judge on The Odd Couple. 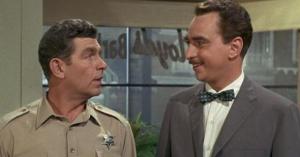 Carl Reiner, who worked with Idelson on The Dick Van Dyke Show, said Idelson was "a very subtle actor," which made him perfect for playing losers.

"He made no big movements and every time you cut to him you could get a laugh," Reiner told the Los Angeles Times in 2008. "He was so in-character, you knew he was a loser just by his attitude and his physical being – the way he walked and moved."

His understanding of subtle comedy helped him make his mark on TV history, first by inspiring The Andy Griffith Show, then by helping launch Love, American Style, the comedy anthology series that introduced audiences to Happy Days.

"The whole project started with a sense of doom and people telling us that an anthology comedy series with no running stars wouldn’t go,"Idelson told the Chicago Tribune in 1970. "And when we went on the air, it was a disaster."

The show nearly tanked because it couldn’t compete with The Carol Burnett Show, but once it switched times, it caught the attention of critics. That kept Idelson writing, and soon he started a popular TV writing workshop where he mentored the next generation of TV writers getting their start in Hollywood.

His unique handle on subtle humor started with his admiration for Rhymer producing the radio show "Vic and Sade," and looking back on the show, he counted Griffith among the type of fans who truly got what the show was all about. His description of these fans will strike home for anybody who fell in love with Mayberry: 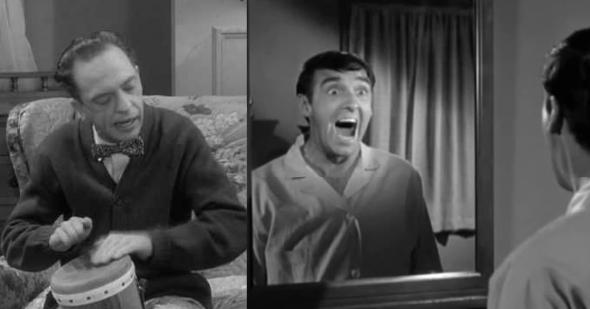 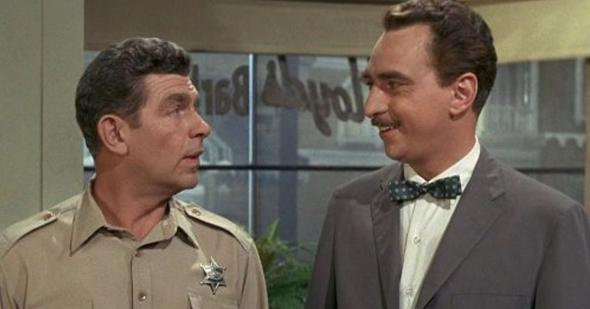 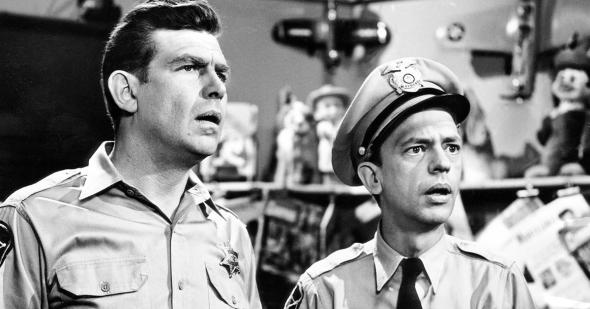 Did you know?
Andy Griffith didn't like watching the Andy Griffith Show's first season
Are you sure you want to delete this comment?
Close

TeresaDraper 10 months ago
There's a show called when radio was that airs a variety of both comedy and drama radio shows. Vic and Sade eps have been run yes it's a very unusual show haven't been able to get into it but it was cool to hear Bill Idelson
Like Reply Delete

KirwoodDerby 10 months ago
I have to say, I have been a fan of Vic and Sade for years now. This is a rather unusual show. At first it sounds like a radio soap opera, but it’s not. The episodes were not serialised and you didn’t need to listen every day to keep up. Each show was unique to itself. Also, many townsfolk and friends and lodge brothers were discussed but, for the longest time, only three actors’ voices were ever heard. Vic, Sade and Rush. A fourth, Uncle Fletcher was added later when Vic took ill and had to be written out for a while. The tales that were told by these people were some of the strangest and most hilarious ever to spout from a radio speaker. There are those who contend that Vic and Sade was perhaps the best program ever broadcast. If this makes you curious to finding out for yourself, you can find collections of these shows and many others on line, on you Tube or on eBay. You won’t need to spend a dime if you just search “Vic and Sade “. You’ll be so glad you did.
Like (2) Reply Delete

Andybandit 10 months ago
The man on the bottom of that picture that says The Story of Vic and Sade, look little like Andy Griffith and the man with the mustache look like the Darlings father Denver Pyle.
Like Reply Delete

eugenebelvinandmoosefan8 10 months ago
Bill Idelson did a great acting job in
the Happy Days Episode A Mind Of
His Own as a psychiatrist for Fonzie
talking about Fonzies girlfriends.
On GOMER PYLE USMC Bill Idelson played Harold Canobly who wanted
to marry Sgt Carter's sister Babe but
Carter didn't like Harold until he found out that his sister liked Pyle.
But it was a trick of Carter's sister to
get Sgt Carter to finally like Harold.
Like Reply Delete

Big3Fan 10 months ago
Herman Glimscher. Radio Classics on SiriusXm is my go to channel when driving. OTR is great. The thought of a family gathering in front of a wooden floor standing radio with each family member listening to the same voices but visualizing the scene differently just fascinates me.
Like (1) Reply Delete
Load previous comments

MrsPhilHarris LoveMETV22 10 months ago
Could be. 🤔 I asked my husband why we can’t do that anymore (excluding from the internet) and got some long winded explanation about it lol. I can pick up San Francisco sometimes but nothing overseas anymore, and before anyone asks why anyone would listen to radio, internet can be spotty in some remote areas.
Like Reply Delete

LoveMETV22 MrsPhilHarris 10 months ago
Nothing wrong listening to the radio.... Good for you, and its cool that you can pick up San Francisco and even cooler that you were able to pick up overseas at one point.
Like (1) Reply Delete

Big3Fan MrsPhilHarris 10 months ago
Cool! Do you still have/use your Dad's radio?
Like Reply Delete

MrsPhilHarris Big3Fan 10 months ago
Sadly it’s gone. I can’t remember when it disappeared from their house. I don’t recall seeing it for many years. A shame really. I wish I had it.

daDoctah 10 months ago
I stumbled across Idelson on the video tape that accompanied the "Tip of the Freberg" collection, in an uncredited (Easter egg within an Easter egg, if you will) commercial for Zagnut candy bars that Stan Freberg produced. Bill played the younger executive filling in his senior (Frank "Ye-e-esss?" Nelson) on the name chosen for their new product to go alongside the older Clark Bar.

justjeff daDoctah 10 months ago
So interesting to hear Frank Nelson speak in more natural tones, rather than his exaggerated delivery... I always enjoyed him...
Like (2) Reply Delete

justjeff 10 months ago
The power of radio in its Golden Age in often understated and seldom appreciated.

Radio gave us The Shadow, The Green Hornet, My Favorite Husband (which morphed into I Love Lucy). Gunsmoke, Granby's Green Acres (which was the basis for TV's Green Acres), Dragnet, Our Miss Brooks, Burns and Allen, Milton Berle, Red Skelton, The Lone Ranger, etc...
Like (2) Reply Delete

MrsPhilHarris justjeff 10 months ago
I don’t know what happened to the grammar police. 🤔 They’ve disappeared.
Like Reply Delete

madvincent MrsPhilHarris 10 months ago
I miss Wiseguy...lol
Also have you seen any posts from stefstrav it’s been a while
Like Reply Delete

MrsPhilHarris madvincent 10 months ago
He’s been gone a while and I think Stephanie hasn’t posted since January. Maybe they got kicked off. Stephanie was missing for nearly a year a few years ago.
Like Reply Delete

LoveMETV22 madvincent 10 months ago
MrsPhilHarris is right: stephaniestavr5's last post was in the " R.I.P. Louie Anderson" obit in January.
Wiseguy posted in the Robert Donner/Exidor story last month. stephaniestavr5 posted pretty regularly so it does seem odd.
Like Reply Delete