A vintage black and white police cruiser does pair well with a tuxedo. 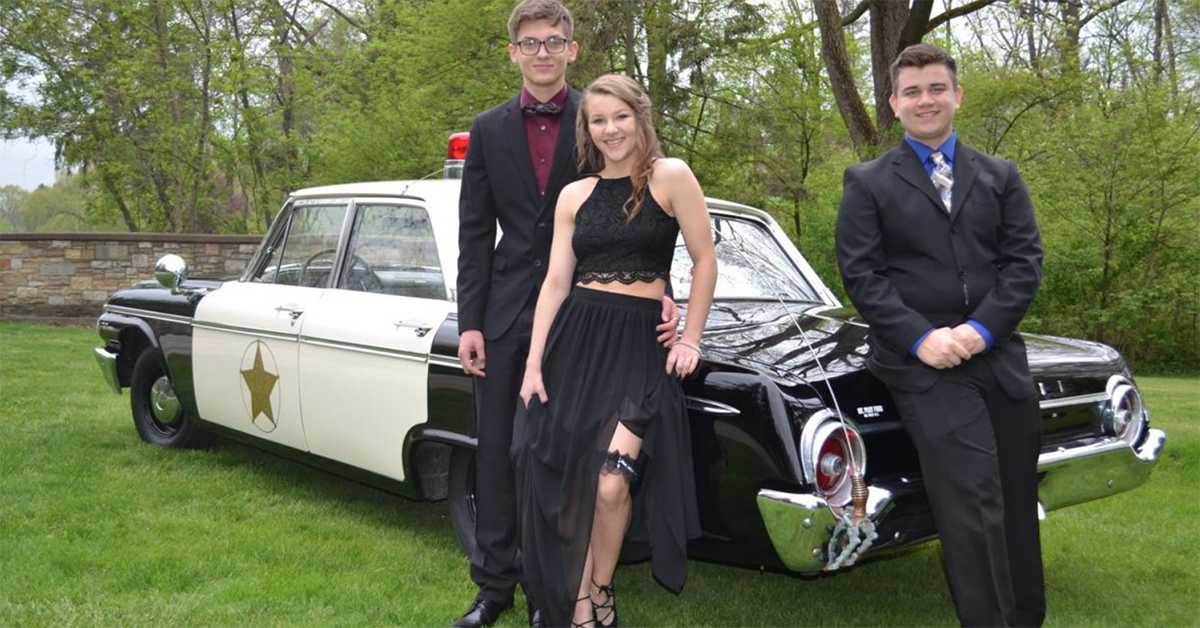 Racine, Wisconsin, sits 750 miles from Mt. Airy, North Carolina, the hometown of Andy Griffith and the hamlet that inspired the tranquil television town of Mayberry. But, truly, every small American town is Mayberry at heart. And the love of The Andy Griffith Show transcends generations. The proof is in the prom pictures.

Earlier this month, Case High School students Auden Erickson and Erin Cassidy cruised to prom with authority. The couple drove a 1962 Ford Galaxie police cruiser that was likely used on The Andy Griffith Show or its successor, Mayberry R.F.D. A black-and-white sheriff's squad car certain matches a tuxedo, though the siren makes for a unique entrance.

"It sounds more like a tornado than a police siren," Erickson told The Journal Times newspaper. He planned to use it on his big date night.

As for the other students? They did not quite catch the reference to a television show from the 1960s, though they did think rolling into prom in a vintage police car was cool.

The vehicle belongs to Erickson's cousin and her husband, Matt Collins. Collins acquired the car running Bob Weber Auto Mart. Though he has no definitive proof the car was used by Griffith on television, the automobile does feature Mayberry Sheriff Department logos on the doors, a radio, spotlight, and North Carolina plates. A decal on the rear even advertises Mt. Pilot Ford, a fictional dealer in a fictional town near Mayberry. According to Collins' research, production on The Andy Griffith Show used about 16 or 17 such vehicles.

But not even Barney took one to prom.

Visit The Journal Times to see more photos, taken by journalist Michael Burke, and read the story of this memorable date night.

Sig 1 month ago
There are no show cars. The cars used in the show were all loaners and demos that were loaned to the show for the filming. Each car was returned to Ford where they were stripped of the radio and other extras and repainted. They were then sold on the Ford lots as used cars with no paper trail to and film studio,
Like Reply Delete