Where To Watch Shop Store Contact
Home / Stories / They almost used canned music for The Addams Family opening sequence
Did you know?

Here's everything you ever wanted to know about how this snappy opening sequence came to be.

January 24, 2022, 4:05PM By MeTV Staff
On Now
Watch this hilarious scene that made it into The Addams Family opening credits
Up Next:
Share

When rewatching The Addams Family episode "Fester's Punctuated Romance," the show's biggest fans will get a kick recognizing a scene with Fester used in the opening credits.

The original opening credits of The Addams Family interspersed random clips from the show with footage of the family snapping along to the theme song, and the image of Fester with his face covered in soot always stuck out.

In "Fester's Punctuated Romance," you can watch this famous opening credits snapshot play out, as Gomez and Morticia take a photo of Uncle Fester to woo a potential love.

In the scene, Morticia directs Fester to look ookier and kookier, praising his "attractive" poses, which to the audience look hilariously wrong for romance.

When cinematographer and visual effects artist Howard Anderson Jr. was tapped to help put together the opening sequence, he worked with theme song composer and opening credits director Vic Mizzy on nailing the timing so that the snapping heard in the song matched the visuals of the cast snapping. 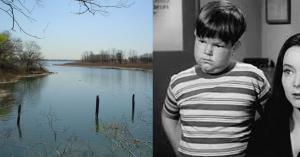 Did you know?
You can visit the creek where Pugsley Addams got his name

The additional show footage used throughout the credits helped Anderson to nail that timing. He used them as filler between the scenes that Mizzy filmed of the cast snapping, so there would be a perfect comedic build-up to the recurring snaps.

Anderson told the Television Academy that he was also responsible for the painting of the Addams house featured in the opening credits.

He accomplished it by photographing the actual set and then painting in all the background scenery to "give it the mysterious look."

While Anderson helped with the visuals, the overarching vision for the opening sequence came almost entirely from Mizzy, though.

Mizzy told the Television Academy that the network originally wanted to use canned music for the opening sequence, but series creator David Levy urged the network to bring Mizzy in instead.

At that point, the network wasn’t sold on shucking out for original music, but Mizzy already had the theme song written and he convinced them to let him play it, so they truly understood their options.

There was a piano nearby with no stool, so Mizzy had to play it while hunched over, looking somewhat like Lurch while pounding out the theme song.

Around him, everyone started smiling upon first hearing the theme’s memorable cadence.

Everybody loved the theme song, so Mizzy began pitching his idea for how the sequence would be shot to match it, and by then, the network was sold by his entire shtick and hired him to direct it.

The rest is Addams Family history.

As Mizzy remembers, the show became an overnight hit, and soon it felt like everybody in the streets was singing his theme song, and over time, every sporting event would use the music to get the crowd revved up.

When filming the famous snapping sequences, Mizzy said he enjoyed working with the cast and that he knew that he'd finally gotten the vibe of it right after giving this direction to Gomez and Morticia: "I said to Carolyn and John, be lackadaisical."

Next time you watch the original opening sequence, keep an eye out for Fester's sooted cheeks and Morticia's smirking lackadaisical snaps. 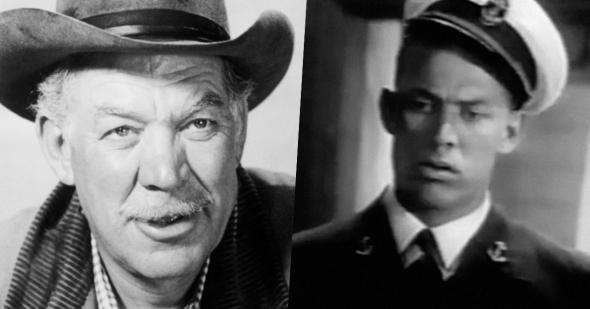 Westerns
Ward Bond was discovered thanks to his ''ugly face'' 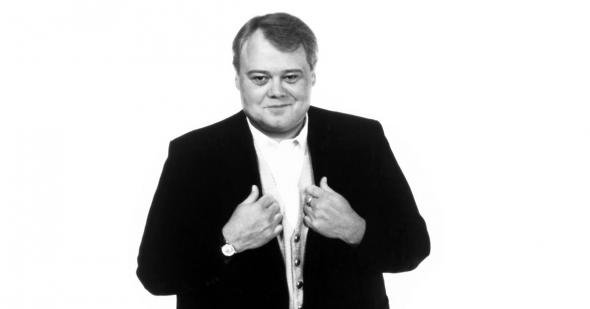 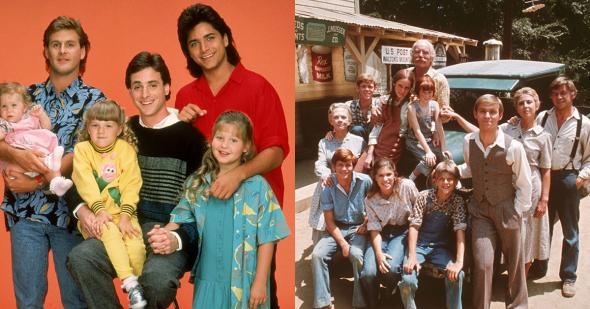 Bob Saget wanted a big family because he loved The Waltons
Are you sure you want to delete this comment?
Close

F5Twitster 12 months ago
"At that point, the network wasn’t sold on shucking out for original music, but Mizzy already had the theme song written..."

SHELLING out for original music.

Re "By then, the network was sold by his entire shtick and hired him to direct it."

"Keep an eye out for Fester's sooted cheeks and Morticia's smirking lackadaisical snaps."

djw1120 F5Twitster 12 months ago
If you don't like it, then just say so.
Personally, I think it was and still is a GREAT SHOW!
SNAP, SNAP.
Like Reply Delete

SusanTammy 12 months ago
One of my favorite shows and the music is great!
Like Reply Delete

Runeshaper 12 months ago
So, Mizzy was the man! (Insert snaps here LOL!)
Like Reply Delete

bagandwallyfan52 12 months ago
Sam Hillyer was a very funny.character who popped
Up on The Addams Family and
Sam Hillyer was played by
Allyn Joslyn who also appeared in the Eddie Cantor movie If
You Knew Susie.
Like Reply Delete

Sway 12 months ago
Vic Mizzy wrote the theme song to Green Acres too (among his many song writing credits)
They're all together ooky!
Like Reply Delete

Zip 12 months ago
You mean they could have had an opening theme like this? Only one of the greatest show openings in history.(Yes, I am being sarcastic. It's almost as if the director said, "Just stand in front of this screen and act stupid, and we'll put some lame music to it. I did like the show though.)

Pacificsun LoveMETV22 12 months ago
Oh yes, I will definitely want to read that one.

I took a course in college about classic marketing tools and strategy. It was fascinating and provided good insight having to do with life in general, believe it or not! Has always made me more aware about things. And to recognize manipulation straight up.
Like Reply Delete

Pacificsun vinman63 12 months ago
That's not how Charles Schultz would want us to think about Charlie Brown. In fact life moves along and we've been lucky enough to grow up with Charlie Brown's optimism in spite of many challenges.
Like Reply Delete

LoveMETV22 Pacificsun 12 months ago
Not the exact article I was thinking of, but a blog done by a group of Cognitive Psychology students.
Maybe a little subjective but an entertaining read:
https://thinking.umwblogs.org/2018/02/28/those-ads-are-annoying-on-purpose/
Like Reply Delete

Pacificsun LoveMETV22 12 months ago
Thank you, I did read it.
The principles reported in it have been in use for a very long time. They forgot to reference the element of being "cute." Remember the one, "Mikey Likes It!" And a thousand other adorable kids.

What I've noticed lately is that I not only remember the ads, but the sequence of them. That sequence lasts for 30 days (for those buying ad time by the month) and then it's changed. So my brain has been conditioned to expect the next jingle after the previous, and that's pretty darn scary. But at least I'm aware of the conditioning.

Also J.J. Walker has absolutely perfected his Medicare Promo. Somebody must've said, hey J.J. put some punch into your advert and he figured out a way to make moaneee and noweww totally obnoxious.
Like (1) Reply Delete

Pacificsun justjeff 12 months ago
I bet every kid who watched that show over the age of 10 can remember that song in just .... 3 notes!! Same for Twilight Zone! LOL!
Like Reply Delete