Pay close attention to the doors on the police cars. 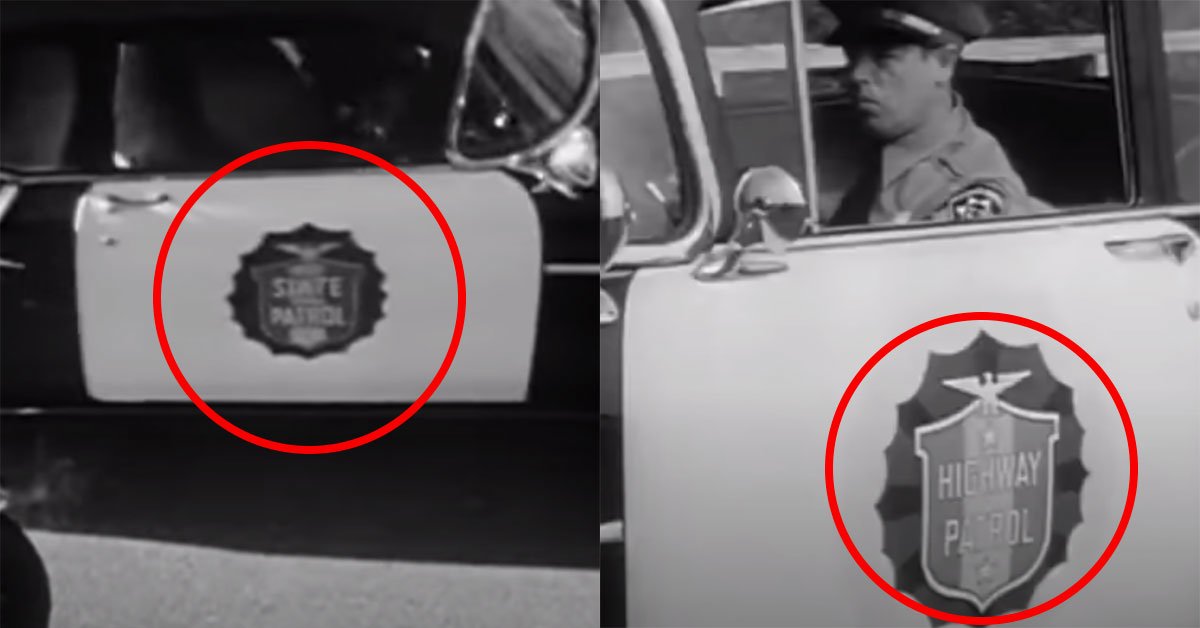 Premiering in 1955, Highway Patrol pioneered the police procedural on TV. Dragnet set the mold a few years earlier, focusing on the cases of LAPD detective Sgt. Joe Friday. Highway Patrol, starring Broderick Crawford as the gruff police leader Dan Mathews, shifted the focus to the patrol officers in black-and-whites — and featured far more action. It was all about the chase — and, occasionally, a helicopter! In many ways, it was CHiPs years before CHiPs. 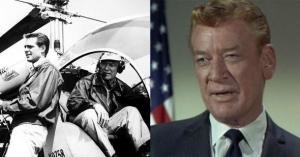 Highway Patrol kicked off 65 years ago, on October 3, 1955, with the episode "Prison Break." The action was right there in the title, not to mention the thrilling opening shot of the opening credits, in which the camera zips over a speeding car to an awaiting roadblock up the road.

But examine the opening credits of "Prison Break" closely and you will notice something interesting. The police cars have a shield on the doors reading "STATE PATROL." These same State Patrol vehicles can be seen throughout the episode.

By the next episode, "Machine-Napping," one of the fan-favorite helicopter episodes, the police cars in the opening credits sported a shield with "HIGHWAY PATROL" on the doors.

You can see the difference in the photos above. Maybe the pilot should have been called State Patrol? 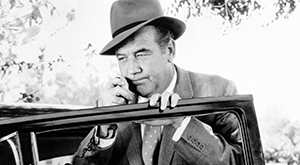 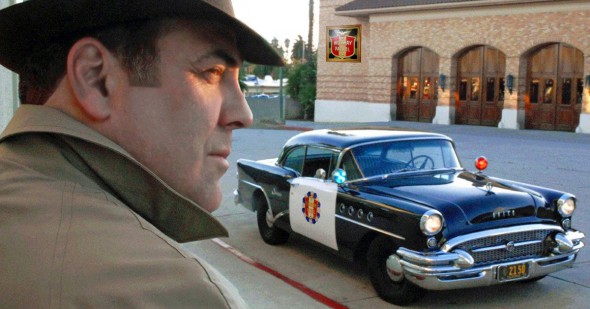 Did you know?
A producer of The Rifleman snuck his family name into the show multiple times
Are you sure you want to delete this comment?
Close

Jeffrey 14 months ago
They probably thought nobody would notice the difference in the car shields back in 1955 because many people had small black and white TV's back then, and the picture quality wasn't very good, and the camera went by so fast, you really couldn't see it. And there were no VCR's in 1955 either.
Like (1) Reply Delete

Big3Fan 14 months ago
State Trooper starring Rod Cameron as Investigator Rod Blake is another good old series similar to HP but based in Nevada. I believe it was mostly filmed at the Iverson ranch in Ca., but there were many on location shoots in and around Lake Tahoe, Reno, Las Vegas, Carson City and other Nevada locations. Some really good episodes with many familiar faces co-starring.
Like (1) Reply Delete

justjeff 14 months ago
Someone once said something to this effect: "It's amazing that on Highway Patrol, no matter where Broderick Crawford was in the state of California, he could get to his case destination within 15 minutes!"

There's also talk that Crawford was alcoholic, and that filming of some episodes were inhibited by his physical state at the time. That's a shame, because he was a talented actor, and suffered with the effects of alcoholism at a tiime when it was considered only 'a problem' rather than a serious and addictive illness.
Like (4) Reply Delete
texasluva justjeff 14 months ago
The Rat Pack partied, Dean and his highballs. That was the main atmosphere of many of Hollywood's finest. Later they just went to that and whatever drugs they could get their hands on. These were the ones most drunk all the time according to Ranker. Humphrey Bogart, Errol Flynn, Clara Bow, W. C. Fields, Spencer Tracy, Peter O'Toole, Richard Burton, Barbara Payton, Frank Sinatra, Robert Mitchum, Ann-Margret, Montgomery Clift, Richard Harris, Paul Lynde, Orson Welles, Ethel Barrymore and more. All have pictures and stories about them. All that being said they ALL gave us what we wanted and that was cinema and themselves on screen. That's Life...............we'll take it!
Like (4) Reply Delete

MrsPhilHarris justjeff 14 months ago
He was great in Born Yesderday.
Like (2) Reply Delete

birddog texasluva 14 months ago
Yeah that's for sure. Throw a smoke in there hand and there in seventh heaven. Oh how I dug the Rat Pack!
Like (3) Reply Delete

Big3Fan justjeff 14 months ago
I remember reading that Brod had his drivers license suspended so they had to film a lot of the driving scenes on private roads. I love the scenes when Dan Mathews goes to the wall map with his marker telling his troopers "we need a road block here, here, here and here". He loved his road blocks and whenever he could get a helicopter involved.
Like (2) Reply Delete

RedSamRackham texasluva 5 months ago
* Yet Dean Martin was not really a big drinker. The whiskey in his onstage glass was really apple juice. However after the tragic death of Dino Jr. Dean did begin to drink heavily. ♣
Like Reply Delete