Where To Watch Shop Store Contact
Home / Stories / The cast of 1957's 'The Deadly Mantis' reunited a year later on Perry Mason
Did you know?1950s

Alix Talton was a "Della Street" on the big screen and femme fatale on TV. 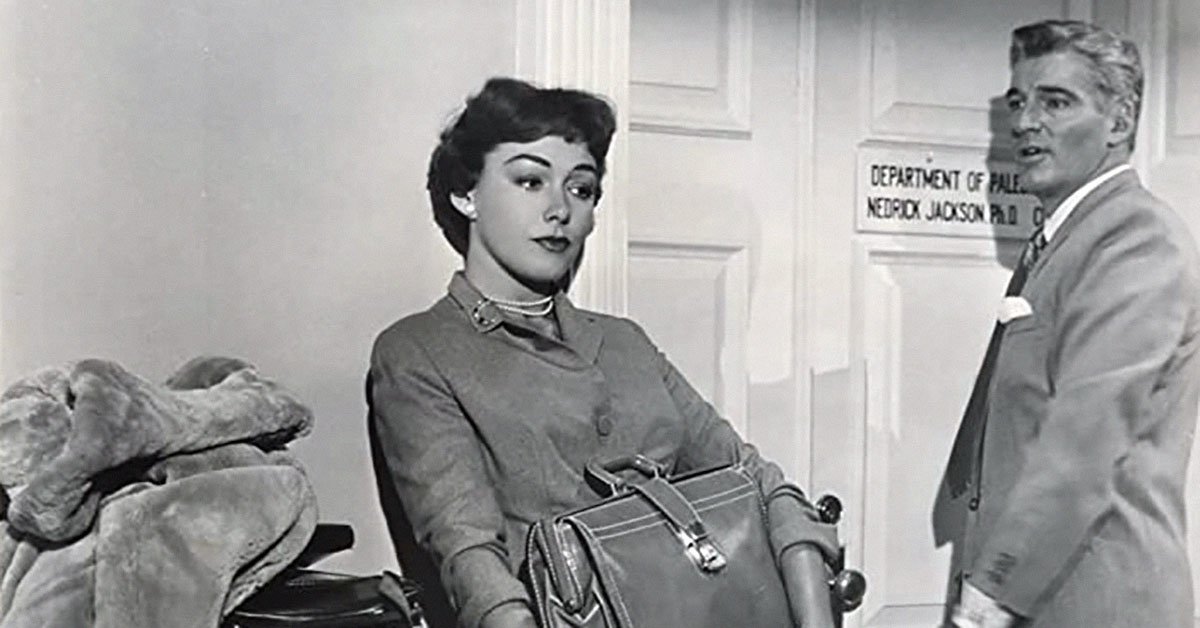 What do Perry Mason and a 200-foot-long insect have in common? More than you might imagine.

In the warm months of 1957, American audiences were treated to two mammoth debuts. The Deadly Mantis crept into theaters, billed as a double feature with the spy flick The Girl in the Kremlin. The monster movie followed the creepy-crawly footsteps of earlier drive-in fare like Them! and Tarantula.

A few months later, ace defense attorney Perry Mason cruised his way into primetime with his sharp suits and fancy cars. Meanwhile, rock 'n' roll was taking over the airwaves with the debut album of Little Richard and the premiere of American Bandstand. This was the pop culture scene of 1957.

If you were an actor working in the 1950s, it was inevitable that you would end up in a sci-fi film, a Western and a noir detective case. Most resumes in Hollywood checked all of those boxes. No wonder there was some fascinating, unexpected crossover between genres.

The Deadly Mantis starred Craig Stevens, best known as the hip television P.I. Peter Gunn. Billed just under him was William Hopper as Dr. Ned Jackson and Alix Talton as Marge Blaine. Hopper soon would become famous as investigator Paul Drake on Perry Mason, of course. But the ties to Perry do not end there.

With her short, stylish brunette hair, Alix Talton resembled Della Street (Barbara Hale). In fact, this similarity was not lost on viewers. The 2005 book Women Scientists in Fifties Science Fiction Films described Talton's Marge Blaine character as "the Della Street" to Dr. Ned Jackson. The two can be seen together in the image up top.

That partnership made the Perry Mason episode "The Case of the Long-Legged Models" all the more interesting. (No — the "long-legged models" in the title were not referring to giant praying mantis puppets.) Released late in season one, "Long-Legged Models" reunited Hopper and Talton. 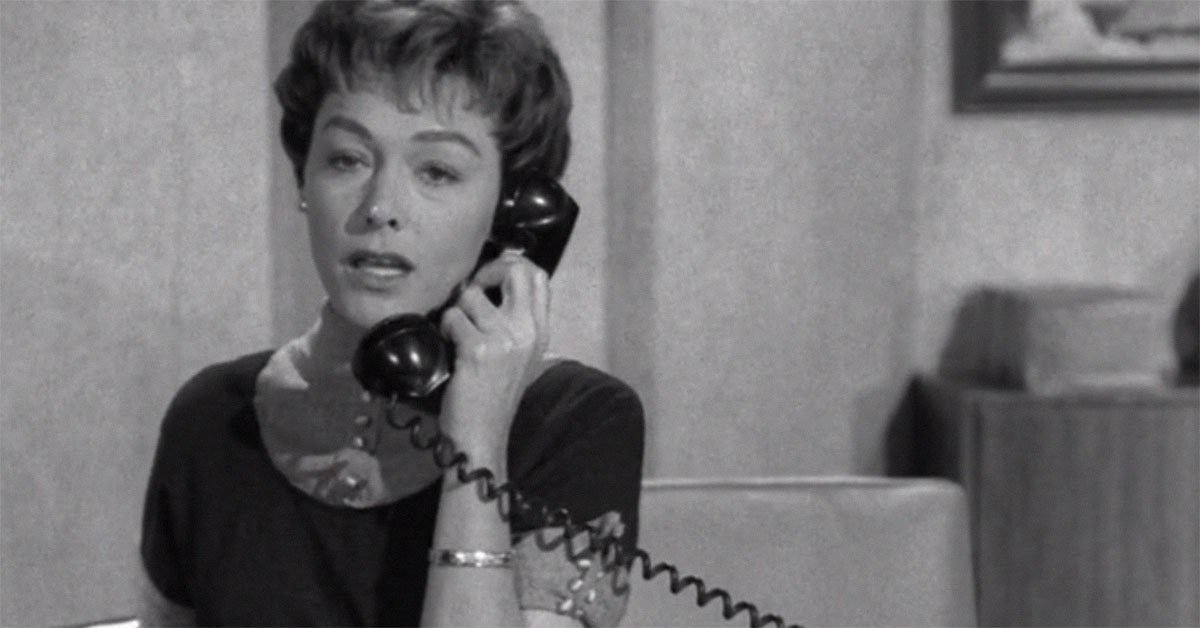 Only, this time, Talton was decidedly not playing a Della Street type — she was the femme fatale in this noir tale.

Talton would appear in a few more small roles in the early 1960s before largely disappearing. Her obituary in 1992 described her as the archetypal "other woman" of 1950s film. 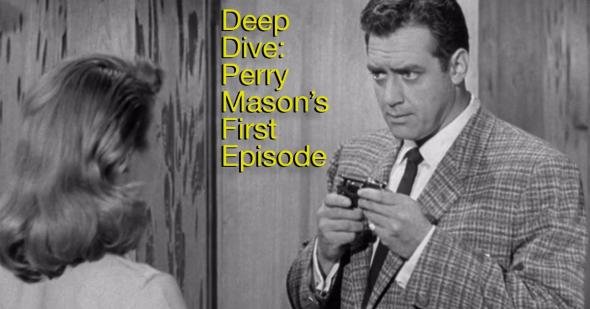 kaycee 31 months ago
I watched svengoolie last week on my iPad using the MeTV app but unable to see it this week on the same app????? I am bumming since I am unable to get this channel over the air and I don’t have direct tv !
Like Reply Delete

StrayCat 32 months ago
Regarding the Deadly mantis, i would think this movie could be perfect candidate for a modern day remake. It had a decent plot for a 50's B movie and a few fairly interesting characters. Besides, i would really like to see a gigantic mantis using today's CGI.
Like (1) Reply Delete

OldTVfanatic StrayCat 32 months ago
I seriously doubt Hollywood (or Hollyweird, as I call it today) would make this film...unless there’s a money-making franchise willing to sell a giant mantis. Just imagine The Deadly Mantis, The Deadly Mantis: Dawn of Judgment, Ascension of the Deadly Mantis, and Deadly Mantis: Revelation. And then there are the various movie, TV, and comic book spinoffs and a crossover with either The Avengers or Justice League.
Like Reply Delete

Johnnyandnikki1959 33 months ago
Love old school black and white horror flicks on a stormy night with my girl by my side and extra buttered popcorn between us start of a great night 💓!!!!
Like (1) Reply Delete

JQ 33 months ago
And one very attractive woman (too much makeup of course-probably didn't need at all!)
Like Reply Delete

ELEANOR 33 months ago
William Hopper was a very interesting actor. Deadly Mantis apparently served as a warm up for his time on Perry Mason. On the office set In Perry Mason as Paul Drake which is where he mostly appeared, he could be seen saying, "Hi Beautiful" to Della (Barbara Hale) while whipping out his little notebook and reciting facts about the latest client. And there were scenes, very rare, where he carried the scene, often with Della (Barbara Hale). And there was one episode where he got a lot of lines -- Raymond Burr couldn't speak them -- he had laryngitis. He was very striking, tall and with white, slightly curly hair just like his mother, Hedda Hopper. Speaking of his mother, getting that part on Perry Mason was a godsend as it got him out of the shadow of his mother. I can't imagine anyone else playing Paul Drake.
Like (3) Reply Delete

Pacificsun ELEANOR 33 months ago
You consider who William Hopper was playing up against (including phenomenal guest stars) and his acting skills were (are in terms of watching the show nightly) remarkable! What makes him so successful in that role is how naturally he played the character. Considering he's in every episode, an actor's skill comes through in terms of consistency and yet able to supply those little nuances (like saying "Hello Beautiful") which makes him so memorable. He is so consistent in fact, that you kind of wish there would be a twist his reaction or demeanor sometimes. But the closest that ever comes to is when he brings a personal interest into a case, or if he's in danger of being arrested for something minor. He has such a strong presence on screen, he works carefully not to ever upstage Raymond Burr, and in doing so, remains a wonderful compliment to the ensemble cast of characters!! I watch the show every night.
Like (3) Reply Delete

Wiseguy Pacificsun 33 months ago
Just to be accurate he's not in "The Case of a Place Called Midnight" where only Raymond Burr from the regular cast appeared and on "out-of-town" episodes such as "...The Prudent Prosecutor" and "...the Violent Village."
Like (1) Reply Delete

Pacificsun Wiseguy 33 months ago
Okay, thanks for the update!!
Like Reply Delete

Barry22 ELEANOR 33 months ago
.......and last we forget, he was also in Rebel Without A Cause.
Like Reply Delete