The singer-songwriter grew from a '60s boy-band member to an avant-garde icon. 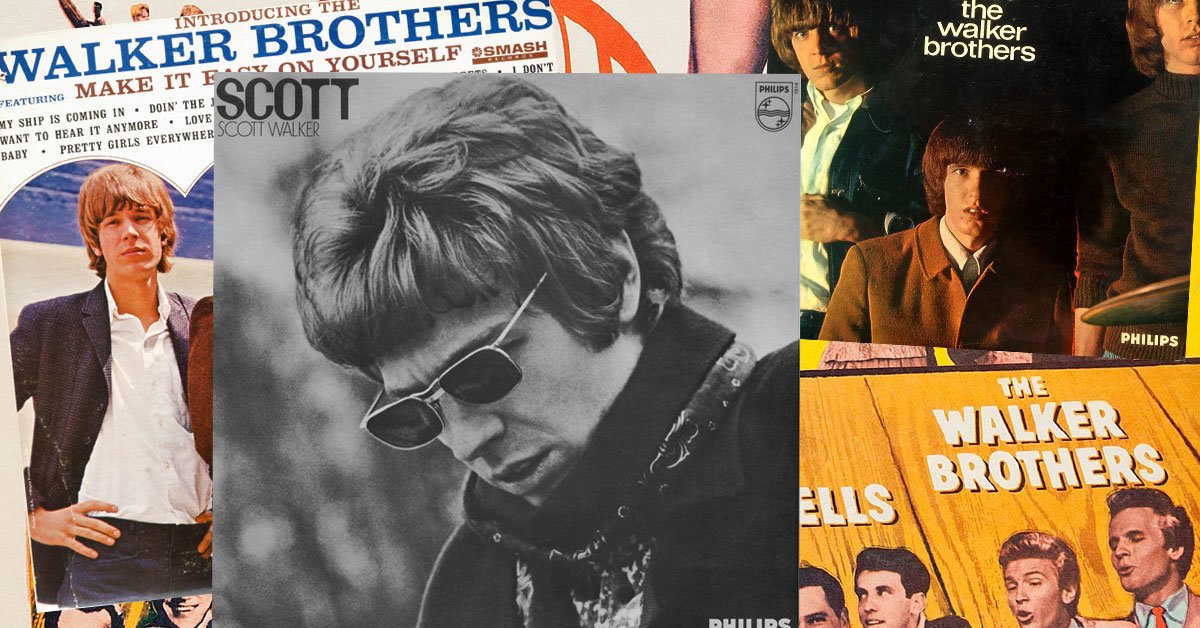 Scott Walker might be your favorite musician's favorite musician. The baritone crooner deeply influenced David Bowie, both in style and phrasing, and continued to serve as the guiding light for baroque pop well into the indie '90s and new millennium. Everyone from Sting to Radiohead professed their love of Walker in the documentary Scott Walker: 30 Century Man. In recent years, he might better be classified as an avant-garde composer, crafting scores for arty films like Natalie Portman's Vox Lux.

Which is all fascinating, considering where he started. Born Scott Engel, Walker began in the 1960s pop group The Walker Brothers. The members of the trio were unrelated, but all took the name "Walker" to unify the act. The band found a rich middle ground between the pop tradition and the new sounds of the decade.

Rather uniquely, the band became a British Invasion in reverse. While American teens gobbled up records by the Beatles and Stones, British kids were fawning over the Walker Brothers. The band frequently appeared on the telly, on Top of the Pops and Ready, Steady, Go! Nine of their singles broke into the Top 40 in England, compared to the meager two in America.

Which is not to say that the Walker Brothers were unknown in the States. Scott Walker appeared in a couple of trendy beach party flicks, with the Walker Brothers in Beach Ball and as a member of "The Routers" in Surf Party. The Walkers also appeared on TV rock showcases such as Shindig! and Hollywood a Go Go.

Where Scott Walker went next was wholly unexpected. On his first four solo albums, Walker looked to Europe for influence, particularly the work of Belgian crooner Jacques Brel. This quartet of records would continue to dazzle record collectors and artists for decades.

In the 1970s, the Walker Brothers reunited in a remarkably different form, sounding more like Roxy Music or Kraftwerk on "Nite Flights," a song covered by David Bowie on his 1979 Berlin-phase album Lodger.

Walker continued to explorer darker, knottier corners of the musical universe as his solo albums became less focused on his singing and increasingly devoted to drones, strings and other shapes of noise. By 2014, he was recording with the experiment noise-metal band Sunn O))) for hipster imprint 4AD records, which would be a bit like Neil Diamond collaborating with a Japanese drone band. He truly carved a one-of-a-kind career in music.

Walker passed away on March 22, according to his label 4AD. He was 76 years old.

Martin 31 months ago
David Bowie's verson of "Night Flite" was actually on the 1992 album BLACK TIE WHITE NOISE. The song on LODGER was a Bowie composition called "African Night Flight".
Like Reply Delete

stephaniestavropoulos 31 months ago
I don't understand the analogy between Neil Diamond and a Japanese Drone band. I can make an analogy between ND and TWB. They both covered THE SUN AINT GONNA SHINE ANYMORE. ND's version can be found on his SEPTEMBER MORN lp.
Like Reply Delete