He helped cast the Monkees, Mork, Gidget and Jeannie. 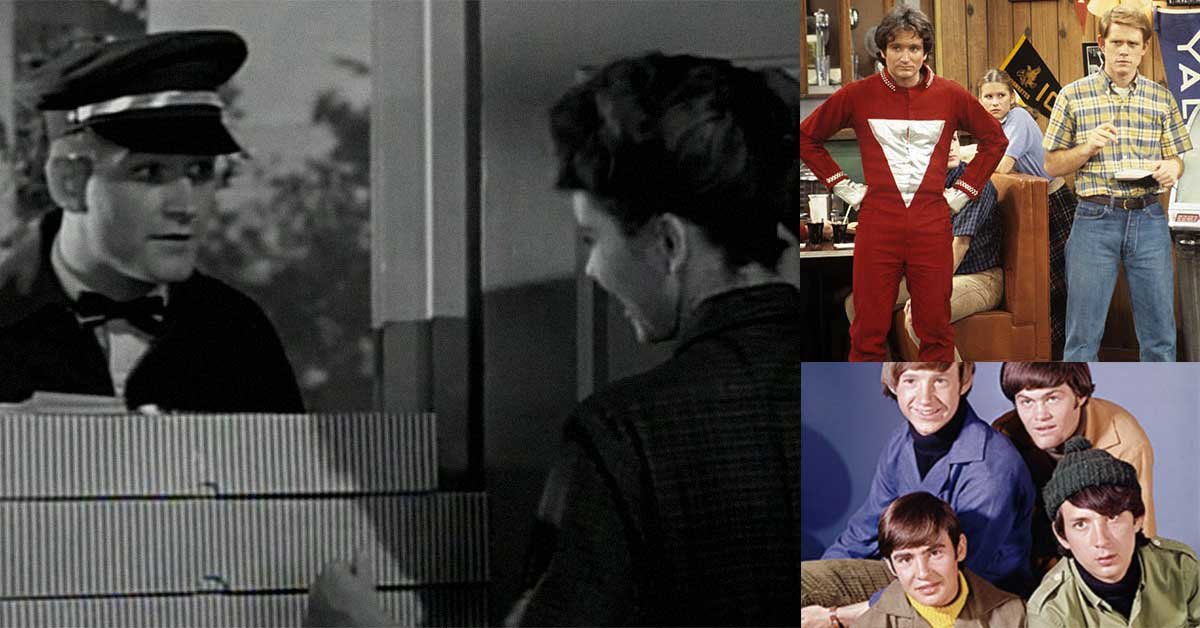 Eddie Foy III was born to be in showbiz. It was in his blood. His father, Foy, Jr., appeared in dozens of Broadway shows and Hollywood films, from The Pajama Game on stage to Yankee Doodle Dandy on screens. Foy, Sr., got his start in vaudeville.

So it was perhaps inevitable that Foy III would find a career in television. At first, he was in front of the camera, popping up on shows in the late 1950s like Highway Patrol ("Migrant Workers") and Father Knows Best ("Bud, the Speculator"). You can see him in the latter in the image up top, delivering dresses to and hitting on Betty (Elinor Donahue).

But Foy III would find his true calling behind the scenes as a casting director. In fact, you can thank him for many iconic TV characters.

Could you imagine another actor as the Fonz? Neither can we. So we have to thank him for working to bring Henry Winkler to Happy Days.

He had his influence on pop music, too. Foy III worked on the casting for The Monkees, helping assemble Micky Dolenz, Michael Nesmith, Peter Tork and Davy Jones into the band. On the big screen, he cast actors for Planet of the Apes.

In his spare time, Foy III worked in the boxing world, too, serving as a cut man for featherweight champion Davey Moore in 1959.

Foy III died at his home in Iowa on Saturday, according to The Hollywood Reporter. He was 83.

stephaniestavropoulos 45 months ago
Can anyone answer this? Who was nearly cast as the Fonz?
Like Reply Delete

Tampammm 45 months ago
Quite a busy guy,,,,R.I.P.
Like Reply Delete

ndebrabant 45 months ago
Rest in Peace, sir.
Like Reply Delete