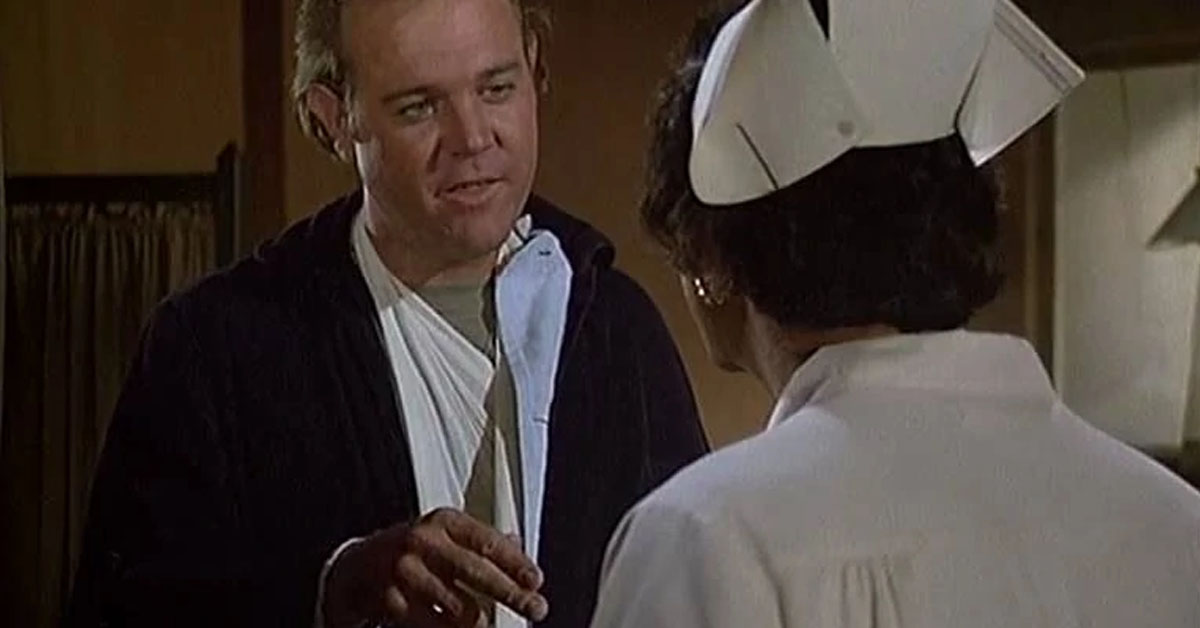 Toward the end of the Seventies, actor Rick Hurst got cast as Boss Hogg’s second cousin Cletus on The Dukes of Hazzard, and to this day, that remains his most famous TV role.

But years before The Dukes came calling, Hurst started appearing in TV shows and movies after failing to make it in New York and deciding to try out Hollywood.

Unlike NYC, Hollywood embraced Hurst immediately, and you can see him on Seventies shows like The Bob Newhart Show, Gunsmoke and Happy Days in his early acting days before he became a star.

Rising quickly through the ranks, by 1975, Hurst landed his first starring TV role, proving the funny man had what it took to keep audiences laughing. But his sitcom On the Rocks, where he played a prison inmate with a playful rivalry with prison guards, was cancelled by 1976.

In interviews, Hurst never mentions the failure of On the Rocks as a disappointment in his career, but after he got through filming the next series he was offered and that show never aired, he couldn’t help but air some grievances about studios of his day.

In 1977, Hurst told the Tampa Bay Times that his new show Steubenville would likely never air, blaming the popularity of political shows like M*A*S*H for shifts in the types of shows studios were scheduling.

And Hurst was right. Steubenville never aired, so we’ll never know what we missed. 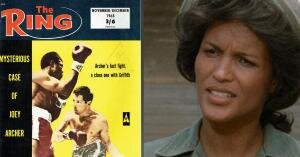 Did you know?
This M*A*S*H nurse became a boxing referee between episodes

In 1977, United Press International reported that Steubenville was intended to be a family sitcom set in the Ohio town it takes its name from. Its first episodes were directed by John Rich, a well-known TV producer and director behind everything from The Dick Van Dyke Show to Twilight Zone and Gunsmoke.

On the show, Hurst played Cal Lukas, one of two brothers who grew up in Steubenville. Their dad was a hard-working, middle-class American who tried to instill in his knucklehead sons the same work ethic.

Hurst had hard feelings when the show never even got a chance to win over audiences, but he rebounded quickly, continuing to appear on TV, including twice on M*A*S*H. Then in 1979, he joined The Dukes of Hazzard and finally found the spotlight, becoming part of the fabric of pop history before retiring in 2016.

When Hurst was a young boy, he was just a small-town kid who became interested in acting by going to the movies with his best buddy.

Hurst told The Longview News-Journal that they always raised a ruckus in the theater, attempting to pull off stunts they’d just seen on the screen.

Whether he would’ve been funnier getting scolded by his dad in Steubenville remains a mystery, but his childhood certainly sounds like it prepared him for his ultimate fame of being one of the crazed guys chasing the Dukes all over town. 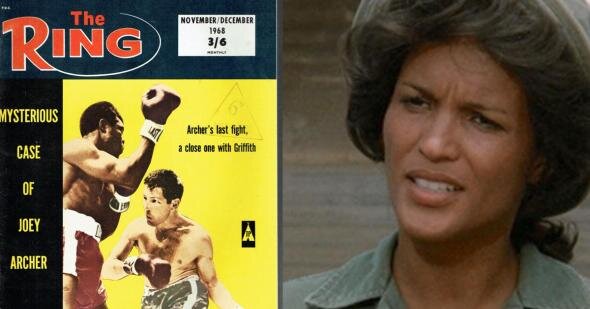 Did you know?
This M*A*S*H nurse became a boxing referee between episodes 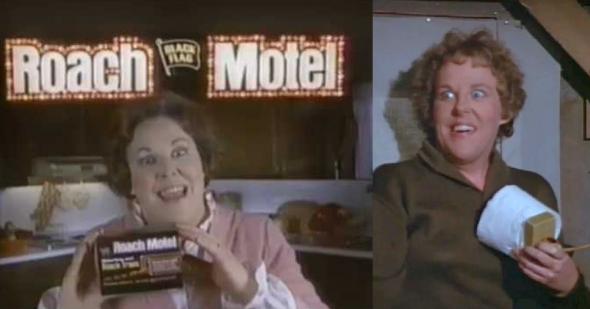 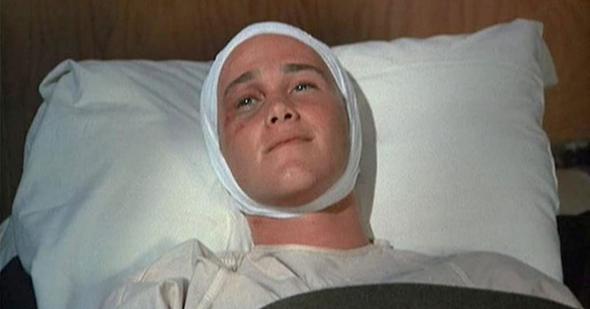 This M*A*S*H guest star headed up NBC's casting in the Eighties
Are you sure you want to delete this comment?
Close

Jon 8 days ago
"Political" shows like ALL IN THE FAMILY and MAUDE deserved as much or more blame for taking over the network airwaves in 1970s as M*A*S*H.
Like Reply Delete

TheDavBow3 1 month ago
He was everywhere in the 70s and 80s. I have this vague memory of him offering someone a peanut??? 🤔😄
Like Reply Delete

Zip 1 month ago
I don't think not having a show hurt him any. He was pretty visible and a familiar face on many tv shows.

Personally I remember him mostly as the Norwegian guy who gave Charles Ingalls a pair of boots on the episode of Little House where Charles has to go away to find work and finds it with Hurst and another guy on a rock quarry.
Like Reply Delete

DuanneWalton 1 month ago
I wonder what he's doing now that he's retired. I read something about him writing a memoir.
Like Reply Delete

Sorella 1 month ago
Hi. I wish we could watch MeTV on your app, especially when the local affiliate isn't airing due to a SNAFU.
Like Reply Delete

BarryinIN 1 month ago
Hurst’s “On The Rocks” character was “Cleaver” wasn’t it? So named because he killed his family with a meat cleaver?

Rick 1 month ago
I thought "On the Rocks" was hysterical. But I was in 5th grade, so it might not have been that funny really.
Like (3) Reply Delete

AnnieM Rick 1 month ago
Same here! I'd like to see it again to find that out. I was curious if he was still with us (he is, age 76), and a quick visit to Google informed me that Ryan Hurst is his son. I've always known who Rick Hurst is, but I never made the connection. I think maybe it was due to him having that ZZ Top beard for so many years, and most recently on The Walking Dead, he wore a mask for the run of his role, to boot. But with a clean shaven face, the resemblance can be seen.
Like (2) Reply Delete

Andybandit 2 months ago
I never heard of One The Rock.
Like Reply Delete

cperrynaples Andybandit 1 month ago
It's On The Rocks and yep I remember it! ABC teamed it up with Barney Miller and billed it as "Cops & Robbers"!
Like (3) Reply Delete

Jon cperrynaples 8 days ago
Rick Hurst was even included on a TV GUIDE cover in 1976. I think he's the man depicted on the far right here: https://www.tvguidemagazine.com/archive/suboffer/1970s/1976/19760515_c1.jpg.html
Like Reply Delete

MichaelSkaggs 2 months ago
"On The Rocks" was a sit-com about a prison. It's almost entirely famous for an article in TV Guide that opposed airing the show, saying a prison should not be the location of a comedy. The article was written by Jimmy Hoffa, and was the last thing he wrote before he vanished in July, 1975. It was published later that year.
Like (3) Reply Delete

Michael MichaelSkaggs 2 months ago
"Everyone" complains that a POW camp can't be funny either.
Like (3) Reply Delete

DIGGER1 2 months ago
Personally, and IMHO, it doesn't make any difference that the first T.V. show of Rick's didn't work out, or that the second one didn't even come into play. I think that Hurst's appearance in "M.A.S.H."'s 2-part episode, "FADE IN, FADE OUT", made him noticeable enough, 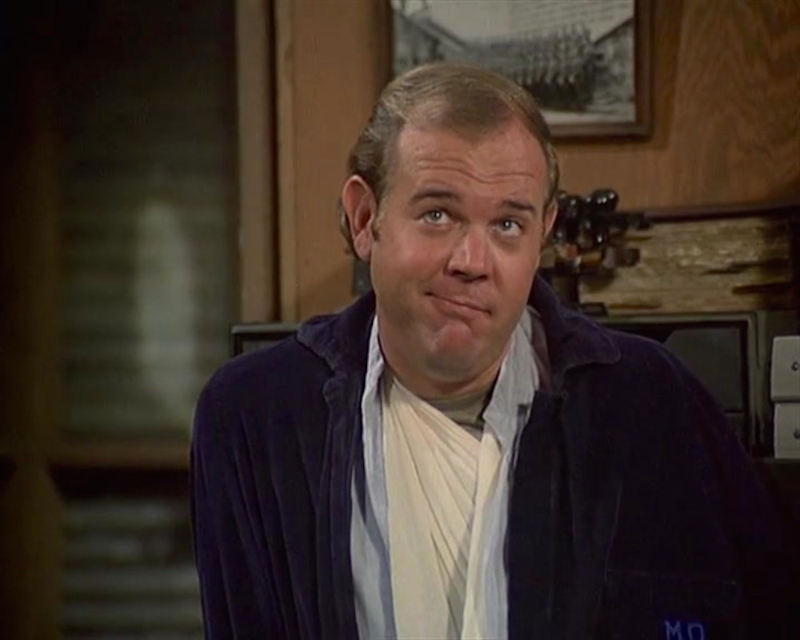 ...and IMHO, it also led to "ICONIC" stardom for him as "DEPUTY CLETUS HOGG" on "THE DUKES OF HAZZARD". 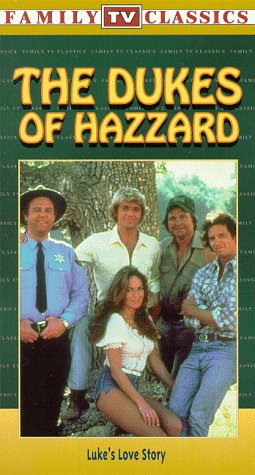 justjeff 2 months ago
...and here I thought Steubenville was a biopic series on the childhood days of Paul Dino Crocetti (Dean Martin)...

Ohhhhh...everybody....loves somebody.....some-timmmmmmme
Like (6) Reply Delete
Moody justjeff 2 months ago
It's actually Dino Paul Crocetti. Normally I wouldn't take the time to correct somebody about that but I didn't want you to feel ignored again.
Like (4) Reply Delete

justjeff Moody 2 months ago
I've actually seen it both ways. Some accounts say Dean went by Paul in his youth...
Like (1) Reply Delete

justjeff Catman 1 month ago
When the bald jokes, you see
Are toward Melvin Cooley
That a Morey ("Buddy Sorrell" Amsterdam)
Like (3) Reply Delete

Runeshaper 2 months ago
I would definitely want to see On the Rocks and Steubenville!
Like (6) Reply Delete