America’s #1 Classic Television Network
Find your local MeTV station
Where to watch
See when your favorite shows are on
See schedule
Personalize MeTV.com to follow your favorite shows
Free sign-up
Shop your favorite shows in the MeTV Store
Shop Now
Home / Stories / See photos from the final days of the now-demolished cruise ships used in 'The Love Boat'
Did you know?

Come aboard. We're expecting you. 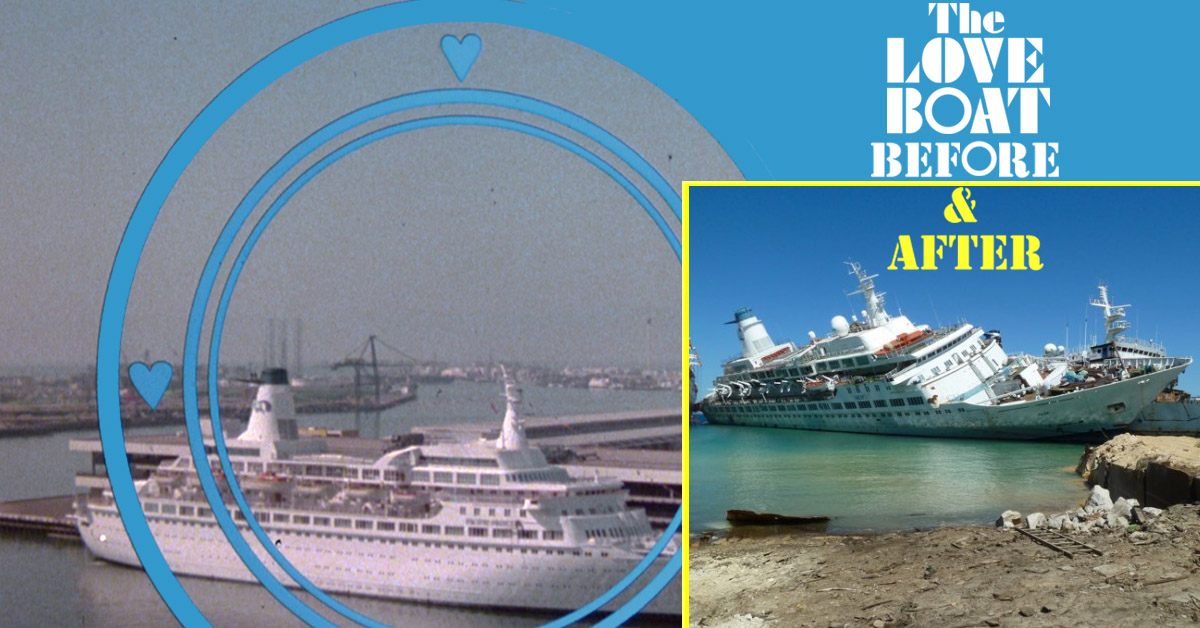 Cruise ship historian, journalist and photographer Peter Knego wasn’t always one of the world’s biggest fans of The Love Boat. In fact, when the show first aired in 1977, Knego was in his early teens and obsessed with cruise ships. He definitely wasn’t The Love Boat’s target market. He was a little disappointed in the light-hearted show. At that point, Knego criticized The Love Boat because he didn't think the show took the ships he loved as seriously as he did.

Now, Knego is a huge fan of the show, after dedicating his life to chasing cruise ships.

“Ships used to be beautiful,” Knego tells us, particularly praising the architecture of ships designed between the 1930s and 1960s. “If you Google the Queen Elizabeth, the first ship with the two smokestacks, and look at the architecture, the way that ship was designed — it not only was functional, it was designed so that when it entered a harbor, everybody would see the smokestacks and think: ‘That is spectacular. I want to sail on that ship.’” [Scroll to the bottom of this post to watch a vintage Queen Elizabeth commercial.] 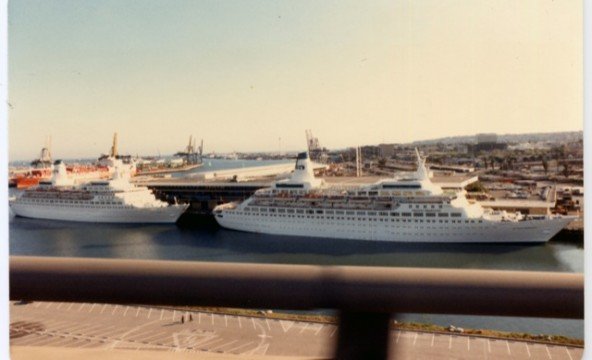 The original Island and Pacific Princesses in 1976 | Peter Knego

According to Knego, his appreciation for The Love Boat grew as he witnessed firsthand through the lens of his camera the tremendous cultural impact the show had on the cruise ship industry. It changed the way boats were designed and the age of the passengers the boats attracted. Soon, boats were bigger than ever before, crammed full of the kind of fun that people of that era regularly witnessed on The Love Boat episodes.

“All the power to The Love Boat for creating a whole new industry that wasn’t there before,” Knego says.

Of course, as a fan of historic ship designs, Knego saw some downsides to this sudden surge in interest. His biggest complaint is the corners that designers cut to build ships quickly and cheaply.

He mourns that they just don't look as good as they used to. “Now cruise ships are just giant boxes,” Knego says. “They’re not meant to look pretty on the outside. They’re just meant to be functional and use as much space as possible for generating revenue, basically. So they are just ugly boxes. Some of them are just downright hideous, but that’s just the world we live in. That’s what people want.”

You can't blame him for having such staunch opinions. Knego’s appreciation for these ships runs deep. He even tracked down the Pacific Princess, one of the ships used in The Love Boat, to take photos in its final days. That took him to Turkey in 2013, where the boat was, unfortunately, almost capsized.

Check out his photo from the last port in which the ship was docked before its sad demise: 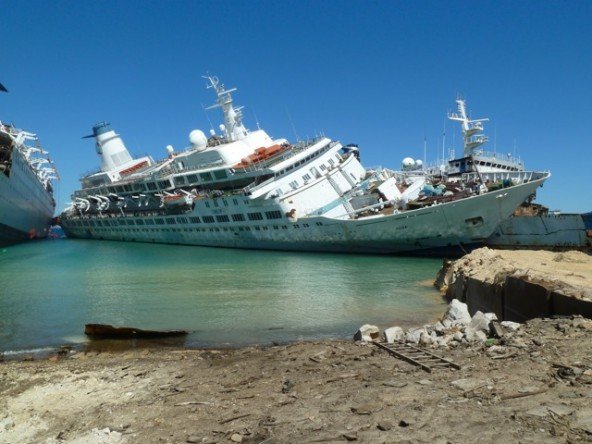 Just a year before, in 2012, Knego had been able to get onboard the Pacific Princess in Genoa. His interior shots from this adventure reveal familiar rooms that are likely to catch the eye of serious Love Boat fans: 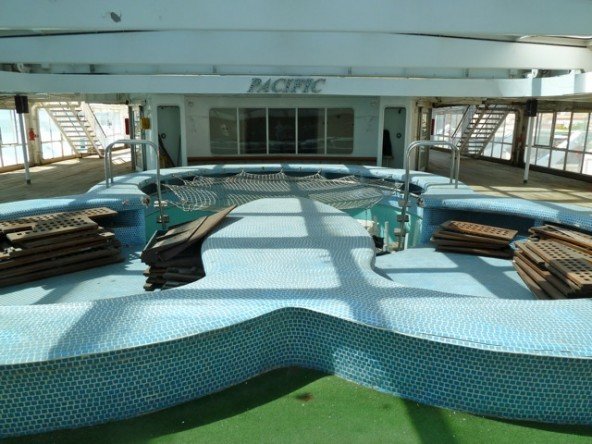 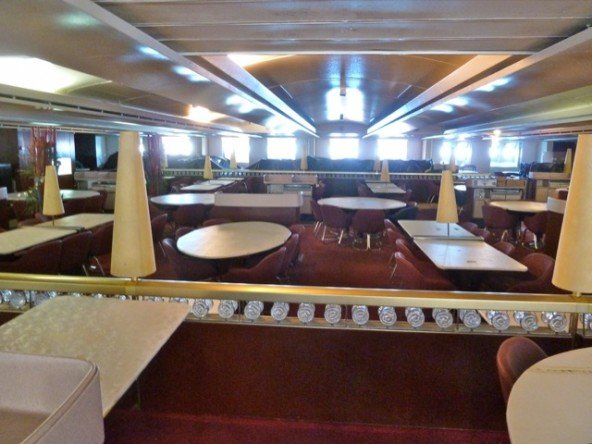 When he visits cruise ships just before they hit the scrapyard, Knego's greatest hope is to salvage as much as he can, because the photographer is also an enthusiast of mid-century furnishings, as well as the Norwegian and Scandinavian artworks used to decorate luxury liners like the Pacific Princess.

Because of the dangers of capsizing, he could not salvage anything from the Pacific Princess, however. “I couldn’t go aboard. Actually, the workers that went aboard were just there to cut the ship. All they did was demolish her with everything inside basically intact,” Knego explains. You can view more photos of the now-demolished Pacific Princesshere.

He continued, “I wasn’t able to rescue anything from the Pacific and all the artwork — which was phenomenal, Scandinavian 1971, top-notch Norwegian artists did both ships, the Pacific and the IslandPrincess — all of that was destroyed, even though it was still onboard. That broke my heart.” 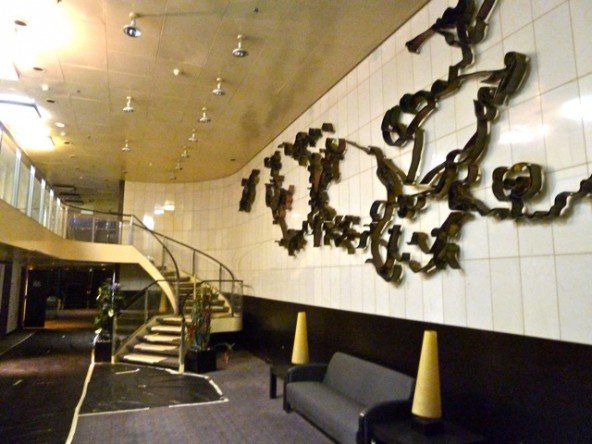 Fortunately, a recent visit with The Love Boat actor Gavin MacLeod went a long way toward healing those wounds for Knego, now a huge fan of The Love Boat.

Knego describes meeting MacLeod this February as a “disarming” experience — the actor is so charming. You can read his full interview with MacLeod here.

“This is the guy who was on every freaking TV show that you ever cared about,” Knego gushes. “He’s like a bonafide super-actor, and I think the Captain Stubing thing for him was a plus/minus thing, because people sort of wrote it off like, ‘Oh, yeah, he’s lightweight.’ He’s not that at all.”

Knego goes on to say, “He’s a serious, deep actor. Have you seen the Hawaii Five-O where he played Big Chicken? Incredible! He’s scary. He’s super-scary. That that’s the same guy that’s playing the lightweight captain, it shows his genius.” 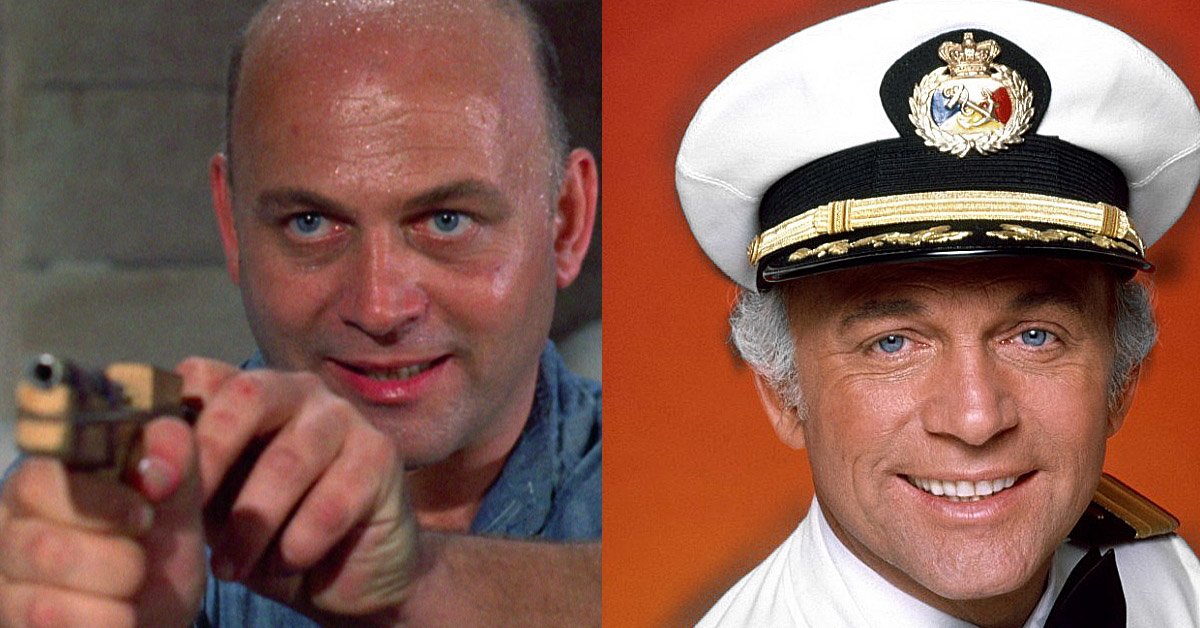 His passion for cruise ships experienced a second wind after Knego began actually going on cruises. He notes that cruise ships up through the early 1990s were much smaller than they are now, which meant people onboard got to know each other better than on the more massive 5,000-capacity cruise ships we commonly see today. 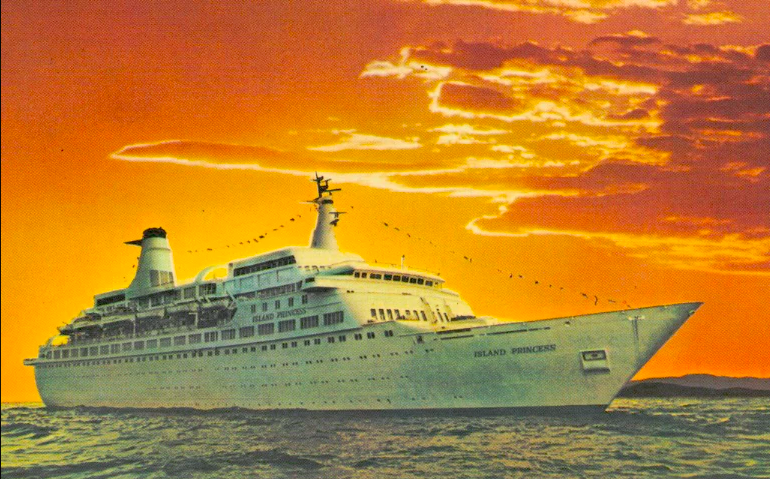 “There tended to be more sea time, and less distractions, so you got to know the people better,” Knego says. “When you’re on a ship that carries 700 people, which is what The Love Boat carried, you would run into the same people on your way to dinner or on the deck by the pool or when you were on an excursion, and you’d make friendships. The people I met from my earlier cruises, they became lifelong friends.” 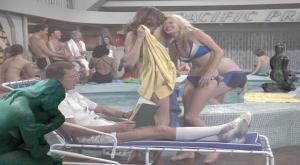 At least there are always reruns of The Love Boat to revive that old flame. As a historian, Knego appreciates the time-capsule of bygone cruise ships that The Love Boat represents. He says he loves catching episodes on MeTV, because even though The Love Boat celebrates its 40th anniversary this year, the show still isn’t available in its entirety on DVD.

“Now that I look back on The Love Boat, I absolutely love it, because it’s got all those old movie stars on there," Knego admits. "It’s uplifting, and a really great feel-good show. Nostalgically speaking, I think it’s absolutely genius, and I’m so glad they made it. I love it now more than ever.” 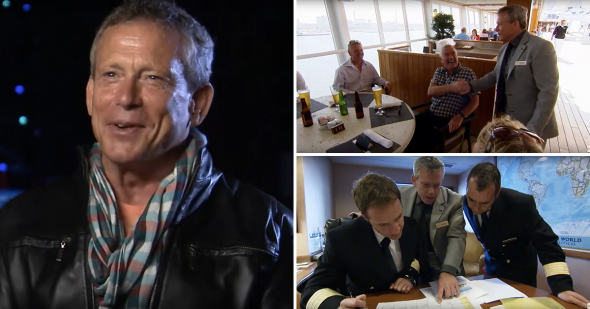 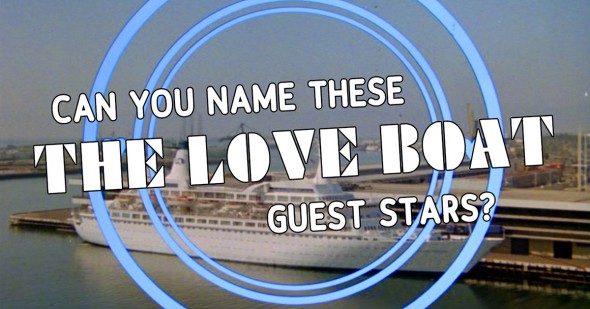 Can you name these guest stars on 'The Love Boat'? 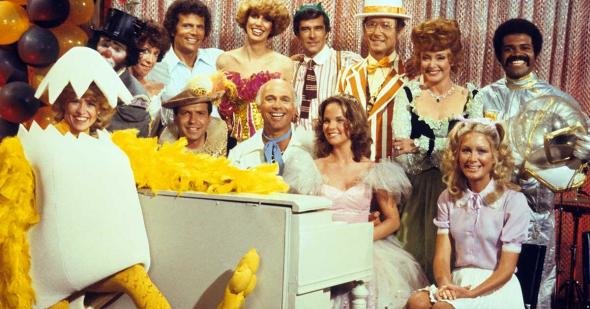 Behind the scenes1970snostalgia
27 buoyant behind-the-scenes photos from The Love Boat
Are you sure you want to delete this comment?
Close

geatornez82 14 months ago
My mom told me about Gavin MacLeod on "Hawaii 5-0," and she was just floored at Big Chicken. She showed me that clip, and I was saying, "wow, he's good." Because the Big Chicken character really gave me the creeps!
Like Reply Delete

GordARebelato 19 months ago
Sad the way these magnificent ships are just pushed off as trash, all in the name of progress. I agree the new ships have no character, just big boxes. Gavin MacLeod is a great actor. He was in a few episodes of Hogans Hereos and can play an unlikable evil character just as well as a loveable one.
Like Reply Delete

RedjacArbez 40 months ago
I would have made them into some kind of floating shelter for the needy.
Like Reply Delete

AlexAz RedjacArbez 19 months ago
Oh man, I can't even imagine all the diseases. They would die off in a matter of weeks. I guess that's one way to reduce the homeless population?
Like Reply Delete