Where To Watch Shop Store Contact
Home / Stories / One clothing company pretty much dressed every man on TV in the '60s and '70s
Did you know?

Television shows were a live-action catalog for Botany 500 back in the day. 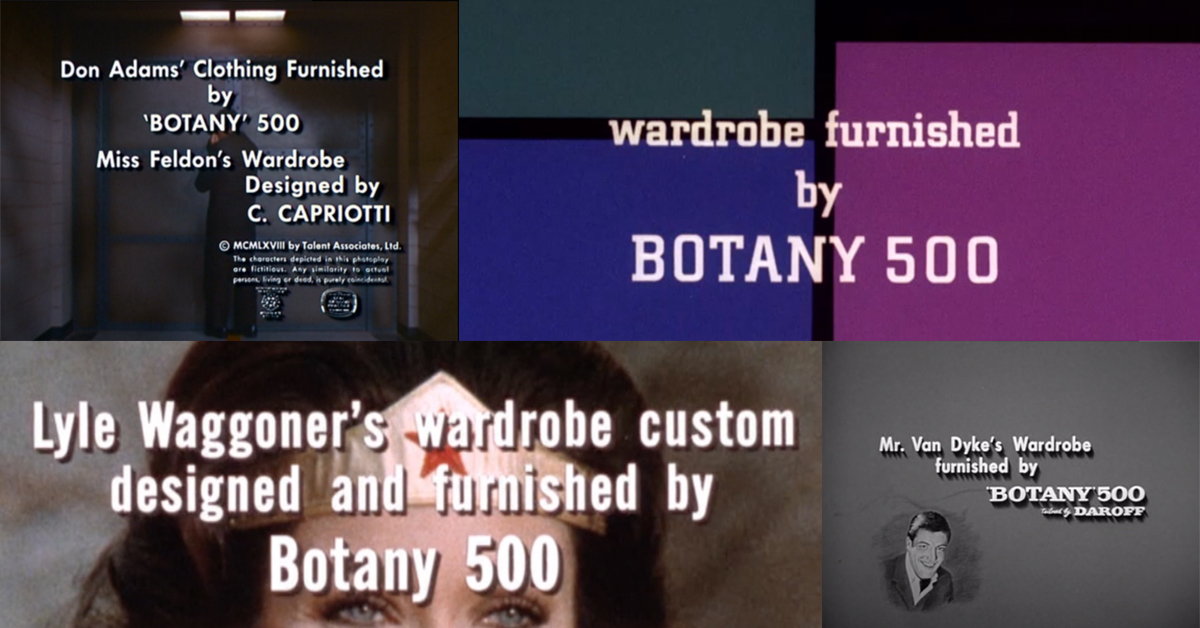 Living in the Riverloft Apartments building in downtown Philadelphia does not come cheap. Units in the luxury lofts cost tenants anywhere from a couple grand a month to nearly $10,000 in rent. If you're lucky, you get a view of the Schuylkill River — at the very least, you can along its banks. There's a fitness center, a tech lounge, yadda yadda yadda. But what residents are secretly getting is a piece of television history. The big brick building used to be a factory and headquarters for Daroff & Sons, a clothing manufacturer. And Daroff & Sons used to churn out hundreds of suits for stylish TV stars.

Half a century ago, a sign hung on the corner of the Daroff & Sons building, stretching six stories up its brick side. "Home of Botany 500," it read. The name will likely ring a bell for anyone who grew up watching game shows and reruns. It popped up in countless closing credits. Richard Dawson wore Botany 500 on Family Feud. Jim Perry slipped into their crisp suits for Card Sharks. As you can see in the images up top, Maxwell Smart (Don Adams), Mannix (Mike Connors), Steve Trevor (Lyle Waggoner) and Rob Petrie (Dick Van Dyke) all donned Botany 500 suits.

That list is just the tip of the cuff sticking out of the sleeve. Botany 500 outfitted Danny Thomas on Make Room for Daddy, Dick Sargent on Bewitched, Brian Keith on Family Affair, Conrad Bain on Maude, Telly Savalas on Kojak and more. Heck, Botany 500 even slapped its name on the sides of race cars, as it sponsored Corvettes in the prestigious Le Mans race.

The company's sartorial sway over sitcoms stretched further than the Botany 500 brand. There was a sister brand, also manufactured by Daroff & Sons, called Worsted-Tex. You'll find their name in credits for The Odd Couple, Mission: Impossible, The Mary Tyler Moore Show and more. 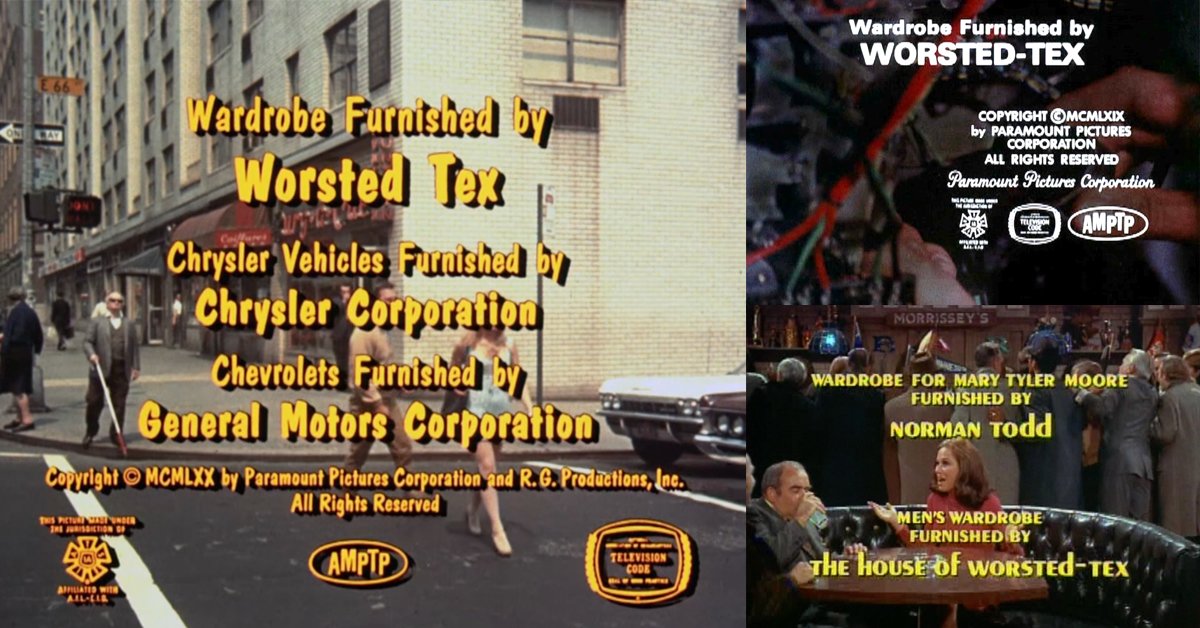 Though the clothes were stitched together in Philly, Botany Industries was based in New York. Despite all its on-air time, the company went bankrupt in 1972, when it was snatched up by a firm called Cohen & Sons. By 1978, Botany's workforce was at 1,800, but less than a decade later, the sewing finally stopped.

At its peak, in the late 1960s and early 1970s, Botany 500 was the name in off-the-rack menswear. Its advertisements used celebrities like Bobby Rydell and Dick Van Dyke, or just handsome jet-setters looking to be a little more Bond. Typically, there was a mod woman on the man's arm. 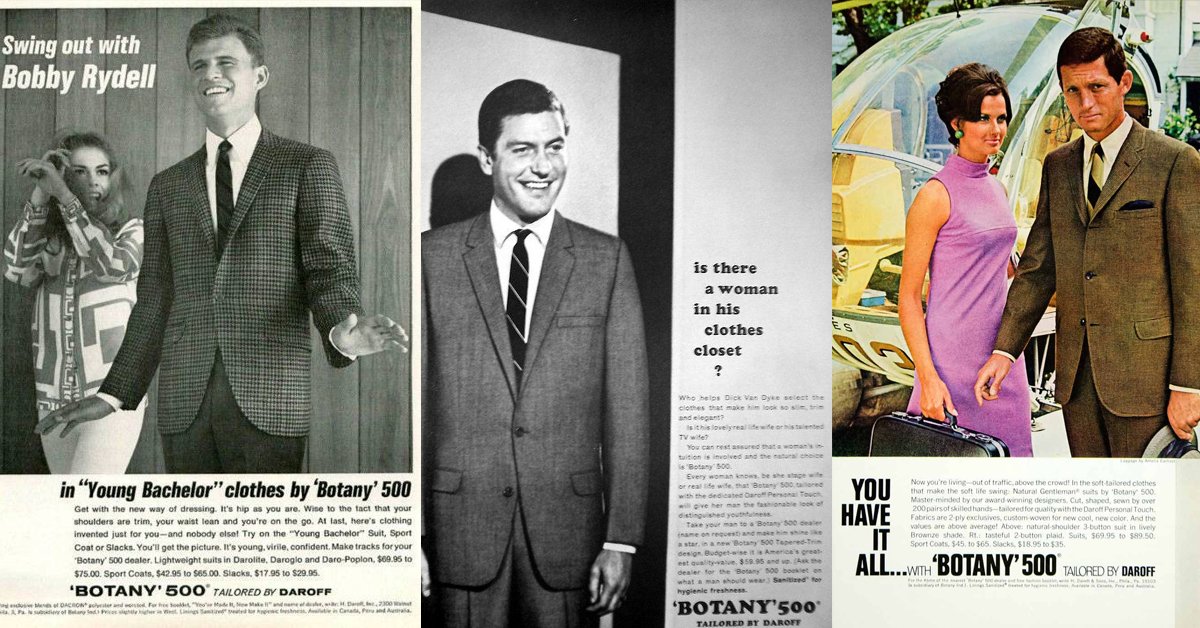 Despite its star's constant promotion, The Dick Van Dyke Show was deceptive about its usage of Botany 500 clothing. According to The Official Dick Van Dyke Show Book by Vince Waldron, the sitcom struck a deal to have Botany 500 supply Van Dyke's wardrobe free of charge, in exchange for an onscreen credit in the end. Here's the rub: It was all a fraud. Botany 500 merely agreed to pay a celebrity tailor in Beverly Hills to craft custom suits for Van Dyke. Harald Johnson, head of costuming on the show, confessed, "[The suits] were all custom-made — and very expensive." Far more expensive than Botany 500 suits viewers would find in a department store.

But at least everyday American guys had a way to emulate the look. For a decade, millions of men looked like game show hosts. They may not have been customed tailored, but they sure looked more stylish than hoodies. 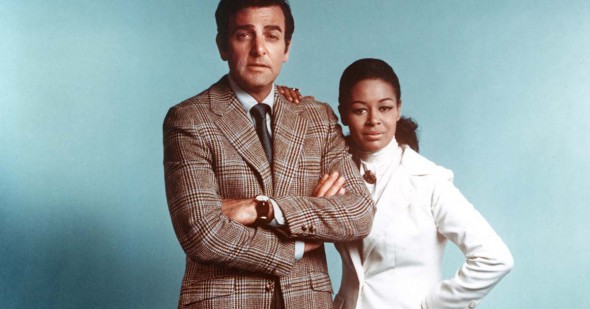 Did you know?
9 hard-boiled facts about 'Mannix' 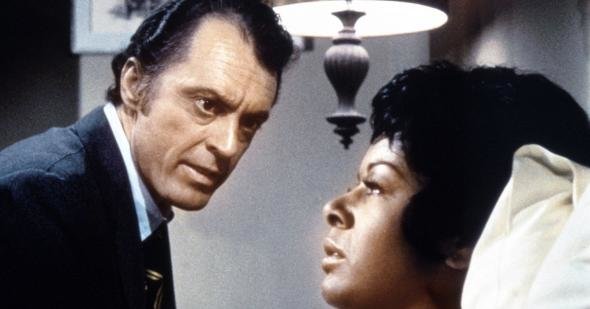 obituariesnews
R.I.P. Peter Donat, who played both Mannix villain and Agent Mulder's father
Are you sure you want to delete this comment?
Close