The in-demand child star was perpetually on the road. When he came home, he blended right back in with his seven siblings.

August 3, 2021, 1:03PM By MeTV Staff
On Now
Johnny Whitaker memorable performance on Gunsmoke!
Up Next:
Share

The first time Johnny Whitaker — better known to TV audiences as Jody from Family Affair — appeared on Gunsmoke, it was shortly after that sitcom premiered.

In 1967 for the Western, Johnny played a young boy who was part of a family pushed to their limits by drought. It was a minor character, but the boy played his part well, the same way he did with Jody, a role which had endeared him to many kids watching at home.

The next time that Whitaker appeared on Gunsmoke, however, it was the same year his sitcom ended. In between those episodes, he’d become a hero to kids everywhere.

By this point in Whitaker’s career, whenever the child star wasn’t filming, it seemed like he was giving interviews or making personal appearances all over the country. Even when he was booked on a show, his tour life never stopped.

Take for example, in 1971, when Whitaker took a major guest starring role in the two-part episode "Waste," which filmed the same year James Arness was declared Man of the Year. All eyes were on Gunsmoke, and the show decided to pull out all the stops that year.

That’s why the show decided to have a select few episodes filmed on a special location in Kanab, Utah, which Gunsmoke producer John Mantley claimed shot the entire production budget for the whole season.

"It was worth it," Mantley claimed, loving the Utah scenery.

For Whitaker, it was just another stop on his tour. 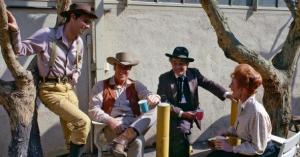 did you know?Westerns
Gunsmoke cost more than $135,000 before filming even began

Whitaker arrived in Kanab and gave a personal appearance locally, the way he did in cities everywhere. After the appearance, Whitaker returned to shoot his scenes for "Waste," but because the episode was a two-parter, he had to leave the set before filming was finished, because he had to fly to another city for another appearance.

The boy was booked solid.

Meanwhile, Arness was loving all this time in Utah, which he considered "great country," noting that he wished more episodes were filmed there.

The Gunsmoke producer Mantley considered longer episodes like "Waste" among the very best, telling Deseret News, "Sometimes the story gets so good, we have to carry it in two parts."

Whitaker made it back to finish shooting before being whisked back into his whirlwind touring life, and although surely he loved costarring with Arness, playing a boy who Matt Dillon must take under his care after an outlaw shoots the young boy’s grandfather, Whitaker said his favorite role wasn’t on TV but on the big screen.

Whitaker told the Tallahassee Democrat that year how much he enjoyed making that movie because there were many times where he got to act like a normal kid, instead of being hauled off to personal appearance after personal appearance!

"It was great," Whitaker said. "All the kids of the guys who work with the lights and props and things — they’re called the crew — they all lived in the same apartment house with us. And when we got back form shooting at 5 o'clock each day, we had a regular football game, mostly touch. We played tackle one time, but I came up with a scraped arm and forehead and that big, old assistant director, he came out and made us stick to touch."

Whitaker loved this opportunity to horse around.

Although Whitaker had been in show business since the age of 2, he came from a large family who was willing to travel to his film locations to spend quality time together.

One of eight siblings, Whitaker had strong family roots, and in addition to the cast and crew kids hanging around on Tom Sawyer, his entire family spent the summer in Missouri on location, too. He was having the time of his life.

Audiences are used to thinking of Whitaker as a part of his smaller sitcom family. Whenever he watched old episodes of Family Affair, the young star said he had to laugh.

In 1973, Whitaker had just turned 14, but he’d been acting for more than a decade, and he was already dreaming of where he could take his career next.

"I want to become a director," he said. "Some I’ve worked with have been very good. I’ve had an idea from time to time and they’d listen. But generally, they don’t want to listen to a little kid. He doesn’t know much, they think."

Coming from such a tight-knit family, he also had a plan to fill his free time in the future, not signing photos of his face for strangers who idolized him as a TV star, but with his own brood of kids, as big as the one he was born into.

"When I get married and have a family, I’m going to listen to my kids," Whitaker said. "I’ll have eight or more. I like kids, especially young ones."

When filming shows like Gunsmoke, Whitaker said his mom would usually give him $1 a week to buy his his lunches. The teen, who seems like a perfect angel onset, devilishly admitted sometimes she forgot and gave him an extra dollar.

Whitaker didn’t mind the events, the gigs, or the time away from home. He saw himself "as normal as that of any child his age."

On top of his obligations, young Johnny made time to join Boy Scouts and loved to relax at the beach, ideally with a fishing pole in hand.

In an interview with The Des Moines Tribune in 1971, his mom pointed to his big family as the reason why Johnny was so good-natured, no matter how much he took on.

She said despite flying from city to city, day after day, and then having eight siblings crowd around him every time he came home "is built-in protection against an abnormal life." 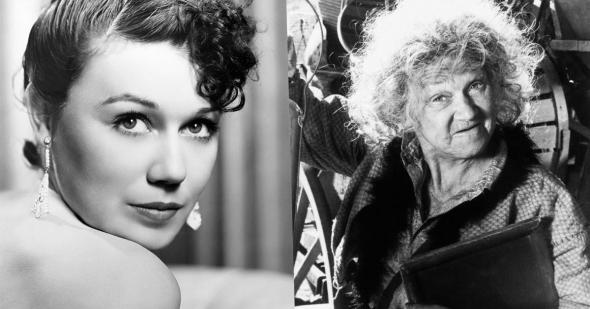 Did you know?
Jeanette Nolan was far more like her Gunsmoke character Dirty Sally than a Hollywood star 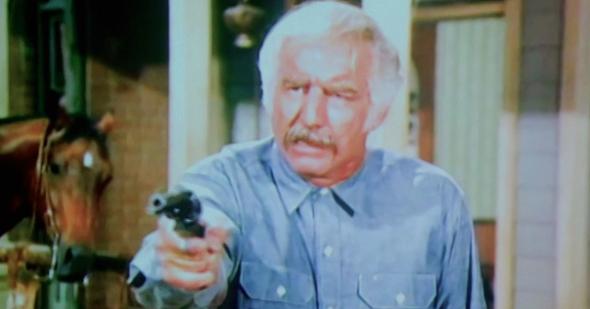 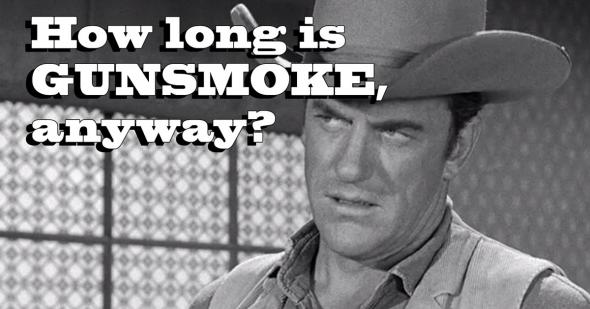 Do these things take more or less time than watching all of Gunsmoke?
Are you sure you want to delete this comment?
Close

HopeChinWah 13 months ago
I remember seeing Johnnie Whittaker in a Christmas Special called the littlest Angel. He was so cute and he really did look like an Angel his singing was so sweet.
Like Reply Delete

LoveMETV22 CoreyC 13 months ago
Thanks for the post.
In credit to some of the other famous red haired actors not necessarily 60's- or child:
Lucille Ball
Danny Bonaduce
Carol Burnett
Tina Louise
Marion Ross & Donny Most

AnnieM LoveMETV22 13 months ago
Mason Reese and his 'borgas-smord' (I think that's how he said it?) of Underwood Deviled Ham.
Like Reply Delete

1079347 13 months ago
I wish my 3 sons was on either earlier or later, Thursday starts the very first episodes and I have to leave for work when they come on. If they were on in the evening it would be nice .
Like (2) Reply Delete

Andybandit 13 months ago
Nice story. I heard of Johnny, but I never watched Family Affair.
Like (1) Reply Delete

LoveMETV22 Andybandit 13 months ago
Family Affair is Free to watch on tubitv.com.
Like Reply Delete

WordsmithWorks 13 months ago
No mention of "Sigmund and the Sea Monsters?"
Like (7) Reply Delete
Load previous comments

LoveMETV22 DanielZabo 13 months ago
I like both of those too. There are many older programs I wish they would bring back. Who knows maybe in the future they will.
Like (1) Reply Delete

SalIanni Michael 13 months ago
I loved Sigmund and the Sea Monsters and I enjoyed seeing Johnnie as a teenager perform in it. My other favorite Johnnie Whittaker non-Family Affair guest appearance was on "Bewitched" when he played Jack in "Jack and the Beanstalk" in my favorite "Bewitched" episode "Samantha and the Beanstalk".
Like (1) Reply Delete

LoveMETV22 AnnaRentzVandenhazel 13 months ago
Family Affair is Free to watch on tubitv.com.
Like Reply Delete

LoveMETV22 13 months ago
Interesting story. Remember the psychedelic opening they had on Family Affair with the spinning rhinestones. Wonder who thought that one up?

daDoctah LoveMETV22 13 months ago
It looked a lot like the original opening of "Here's Lucy". Kaleidoscopes were big in the sixties.
Like (5) Reply Delete

LoveMETV22 daDoctah 13 months ago
Yes it did.
Like (1) Reply Delete

AnnieM stephaniestavr5 13 months ago
And then she'd open the curtain to start the episode.
Like Reply Delete