Do you remember the Hanna-Barbera Addams Family cartoon from the 1970s? 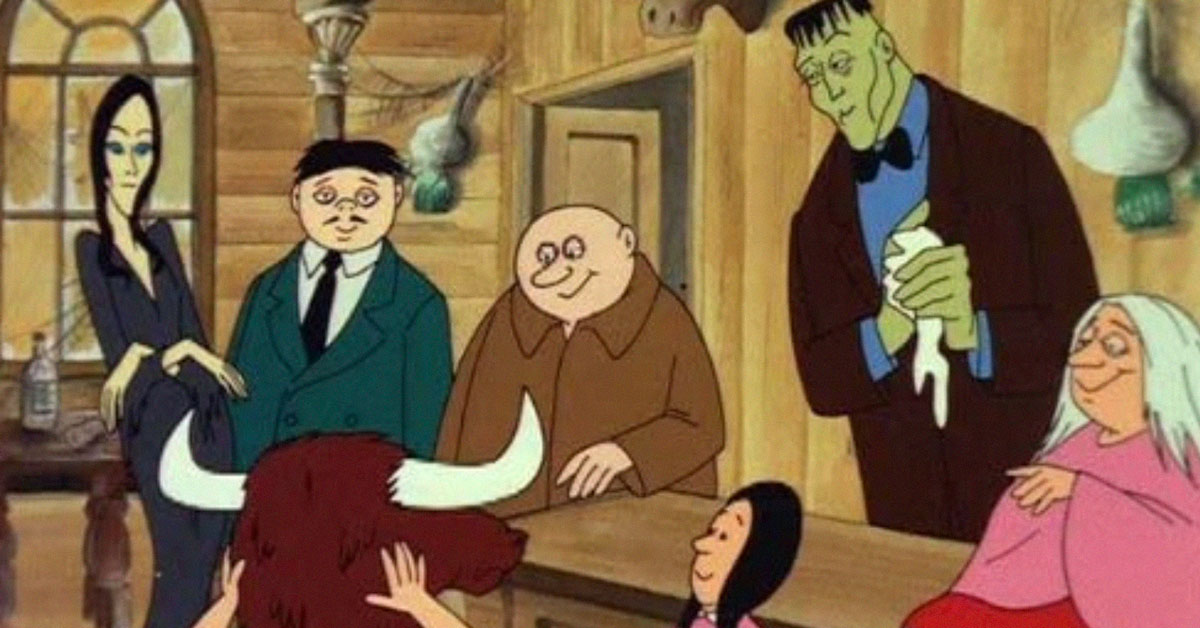 The "altogether ooky" Addams family has remained a popular part of the public consciousness for over eight decades. Beginning with cartoons in The New Yorker, new adaptations brought the macabre antics of Gomez, Morticia and the rest to new generations about once a decade.

The original 1964 television version brought the yet-to-be-named characters off the page and gave the family all new life. What was a single-panel comic strip became a full-fledged sitcom satirizing the other "normal" TV families on the airwaves at the time. But this classic series was only the first of many Addams adaptations. 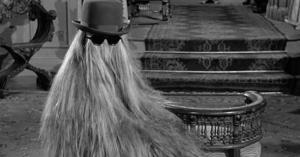 In 1972, Hanna-Barbera made "Scooby-Doo Meets the Addams Family," a crossover cartoon that featured John Astin, Carolyn Jones, Jackie Coogan and Ted Cassidy all voicing their original characters. The very next year, the iconic animation studio created a whole new show around the Addams family — but with a twist.

The 1973 cartoon, simply titled The Addams Family, took the titular household on a cross-country road trip… in a Victorian mansion on wheels. Ted Cassidy and Jackie Coogan returned to voice Lurch and Uncle Fester but voice actors Lennie Weinrib and Janet Waldo performed Gomez and Morticia.

A child actor who had already been in everything from Mayberry, R.F.D. to Gunsmoke and Adam-12 filled in as Pugsley. That's right, none other than 10-year-old Jodie Foster was cast as the precocious Addams son. Yes, that Jodie Foster. She was Pugsley!

Though there were fewer than 20 episodes, the program was broadcast and rerun on Saturday mornings throughout the mid-1970s. It kept all the fun kookiness of the live-action sitcom with some added gags that only animation can provide – like the "RV" digging a moat around itself at each campsite or the stone-faced presidents on Mount Rushmore getting wide-eyed at the site of the Addams Family. 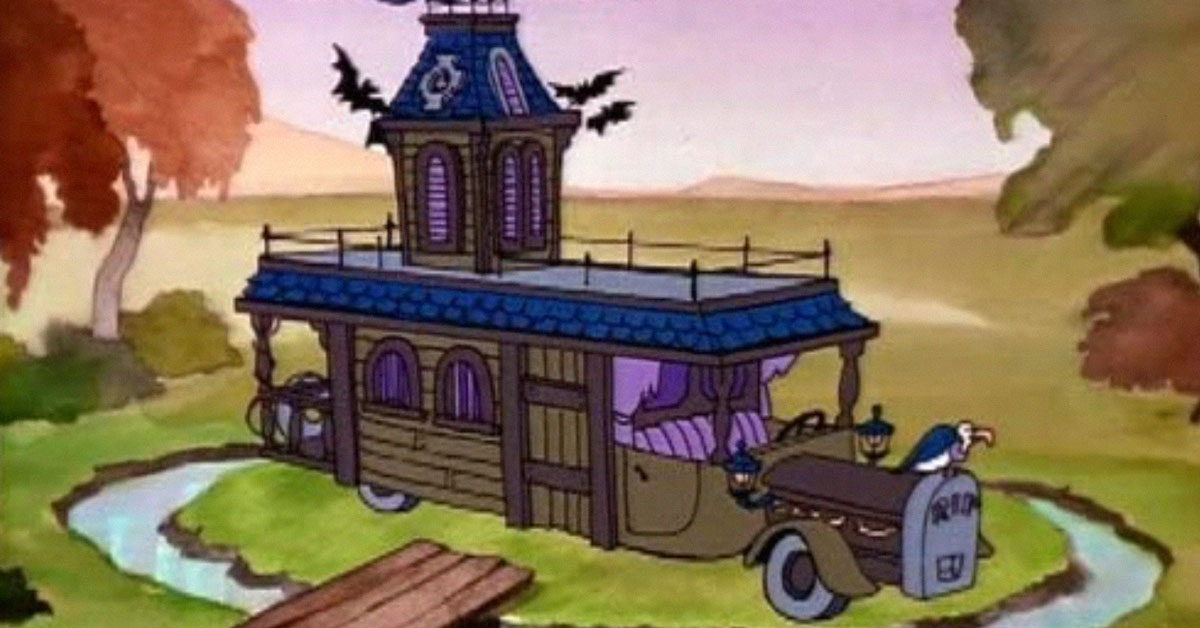 Though this small part of the Addams Family cannon may not be widely remembered, it hasn't been completely forgotten. The sequel to the 2019 animated Addams Family feature film due out later in 2021 follows Gomez, Morticia, Uncle Fester, Wednesday, Pugsley and Lurch as they pile into an eerie RV and travel the country. The movie also features rapper Snoop Dogg as Cousin Itt. Interestingly, the character played by D-O-double-G is only spelled with one 'T' as "It" in the movie's trailer. Typo or rebranding? 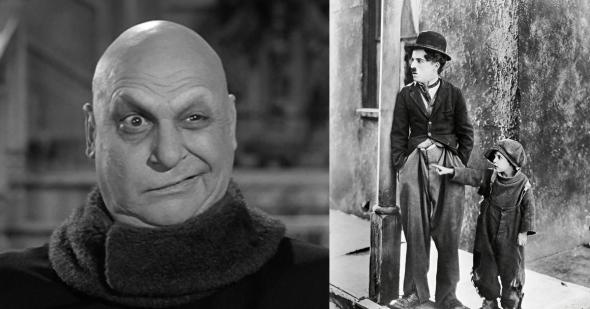 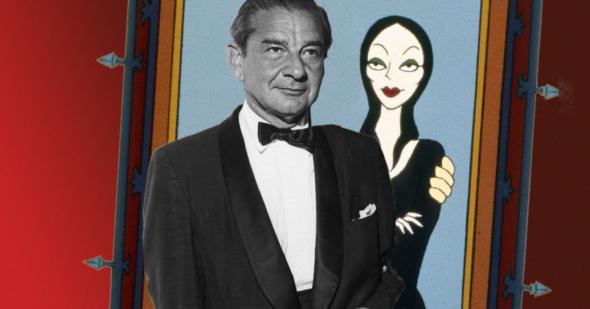 Did you know?
Meet the many ''Morticias'' who married The Addams Family creator Charles Addams 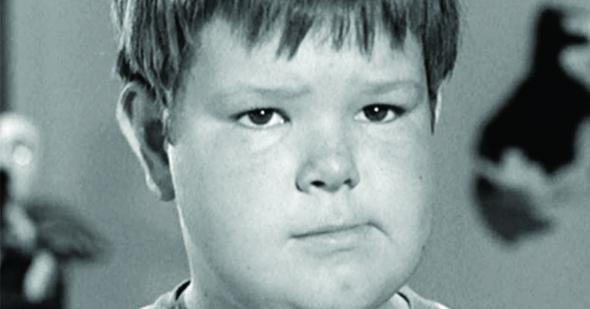 Did you know?
The studio rejected this original name Charles Addams suggested for Pugsley
Are you sure you want to delete this comment?
Close

ChristopherSmigliano 11 days ago
Cousin Itt wasn't part of the original Addams cartoons, created for the TV show by the show's producer. Charles Addams himself seemed to like the character, so before Itt's debut episode aired, Addams introduced him into the NEW YORKER cartoons, answering a phone, saying; "This is it speaking" Addams would only use him one more time in THE NEW YORKER several years later (Sitting at a table, with a mug of hot coffee labeled "it") The first live action movies would also use the "It" spelling
As for the ADDAMS animated series it was actually one of the first of the studio's shows to be outsourced . Though the opening titles where animated in the US, the show's episodes where animated by Halas and Batchelor studios in England. Given the tight budgets, the schedules, and the shipping process back then (No internet) the animation came out VERY uneven and rushed.
Like Reply Delete

Hosea 12 days ago
THIS WAS MY FAVORITE ADDAMS FAMILY CARTOON !!!
Like Reply Delete

JoeSHill 13 days ago
On September 8, 1973, "THE ADDAMS FAMILY" became a part of a very rare Saturday Morning TV event, when most of the cartoons that Hanna-Barbera, Farmhouse Films, DePatie-Freleng, Rankin-Bass, and Filmation Associates all produced, were all based on popular Primetime TV shows from the 60s and mid-70s, and the NBC Saturday Morning lineup was filed with TV toons based on TV shows, beginning with Filmation's "STAR TREK" series that was produced in assoc. with Paramount TV, and "EMERGENCY + 4", that Fred Calvert's Farmhouse Films produced with Universal Television. But Hanna-Barbera's version of "THE ADDAMS FAMILY" was totally devoid of the quality that the 1964-66 ABC series had-and although Ted Cassidy as "Lurch" and Jackie Coogan as "Uncle Fester" was the only two original cast members that voiced the 1973 cartoon series, neither Janet Waldo as the voice of Morticia" or Lennie Weinrib as "Gomez" could hold a candle to John Astin and Carolyn Jones' original roles. NBC's Fall 1973 lineup also included Hanna-Barbera Productions' "INCH HIGH, PRIVATE EYE", and "BUTCH CASSIDY", which was actually an impressive effort that borrowed some of its "high tech" ideas from NBC's departed "SEARCH" TV series (1972-73) using a rock group that moonlights as secret agents for "World-Wide Talent Agency" as a cover for some assignments, "THE MONKEES" Mickey Dolenz was among the voices of this 1973 series. and, of course, there was Sid and Marty Krofft's "SIGMUND AND THE SEA MONSTERS" with former "FAMILY AFFAIR"s Johnny Whitaker that starred in this series. In 1991, Hanna-Barbera produced another version of "THE ADDAMS FAMILY" for ABC, using the voice of John Astin as "Gomez Addams".
Like (1) Reply Delete

Barry22 14 days ago
Kind of remember it, but never watched it.
Like Reply Delete

LoveMETV22 14 days ago
Kudos to Jodie Foster as well. All be it that it was a small part in her career. You either like her or you don't. Just opinion.
Like (1) Reply Delete

MrsPhilHarris 15 days ago
I don’t remember this. 🤔 Odd because it’s something I would have watched.
Like Reply Delete

harlow1313 15 days ago
I demand that Metv air these three animated classics:

harlow1313 MrsPhilHarris 14 days ago
I enjoy the southern fried accents and dialogue.
Like Reply Delete

BillTreadway harlow1313 11 days ago
The Terrytoons cartoons are all collecting dust inside the Viacom/CBS vaults. They probably need restoration before broadcast quality prints could be made. I too would love to see all of them in some sort of official release, whether it's disc, TV or streaming. They deserve to be seen, not forgotten.
Like (1) Reply Delete

LoveMETV22 BillTreadway 11 days ago
That would be nice. I would think they have all of it digitized by now.
Like Reply Delete

Moody 15 days ago
I remember when this was on but I never watched it. I don't think any of my younger siblings did either.
Like (1) Reply Delete

stephaniestavr5 15 days ago
Someone asked a similar question about another show {that I can't remember:} Does seeing this story about TAF cartoon, mean somewhere, in the not too distant future, METV will be airing the cartoon?
Like (1) Reply Delete

LoveMETV22 stephaniestavr5 15 days ago
Could be just a story. Who knows?
Like (1) Reply Delete

HulkFan02 stephaniestavr5 15 days ago
Could be, so who knows
Like Reply Delete

stephaniestavr5 15 days ago
I'm curious-if it is one "T"-if the producers/writers, whomever, got permission from Stephen King to use the name of his clown character. "It" will probably be specifically connected with TAF, but that may not stop some people from remembering SK's "It."
This typo reminds me of the one from Dark Shadows: When the gender of the doctor went from male to female, because the "N" was left off.
Just had this vision of "It" from TAF, having clown-like characteristics about him!
Like (1) Reply Delete

Pegs stephaniestavr5 14 days ago
If you ever watch the '60s tv show & hang around for the credits, you'll see the character listed as "Itt". Since the program & character names are from the '60s (original 1930s panel characters had no names), well before Mr. King's novel, no worries about copyright infringement. :-)
Like Reply Delete

LoveMETV22 15 days ago
They could pop the fewer than 20 episodes they mentioned into their cartoon lineup. They wrote the story. Why not. Toss in a few other classic cartoons as well.
Like (3) Reply Delete
Load previous comments

Margaret Hamilton says instead:
Take your army to Haunted Forest and bring me that copy of "Monk".
I need you to fly this to Chicago.
Now Fly-Fly.
Like Reply Delete

stephaniestavr5 MrsPhilHarris 13 days ago
Just because you haven't seen it, doesn't mean it hasn't been requested. I think it might be a little impossible to keep tabs/read all the replies/requests METV receives.
Like Reply Delete

MrsPhilHarris stephaniestavr5 13 days ago
I think we are going to have agree to disagree. I just can’t believe that people were contacting a retro station for a show that aired in the 2000s. Monk ended 12 years ago. Hardly counts as a classic.
Like (2) Reply Delete

BrittReid 15 days ago
As a matter of fact NO.
Like Reply Delete

Michael 15 days ago
No, I don't remember this.

But I do remember "The New Adventures of Huckleberry Finn" from 1968. A Hanna-Barbera mixed animation with live action. And Ted Cassidy voiced one of the animated characters.

Like a lot of Hanna-Barbera shows, it lasted one season.