Cindy Williams: "Oh what fun we had!" 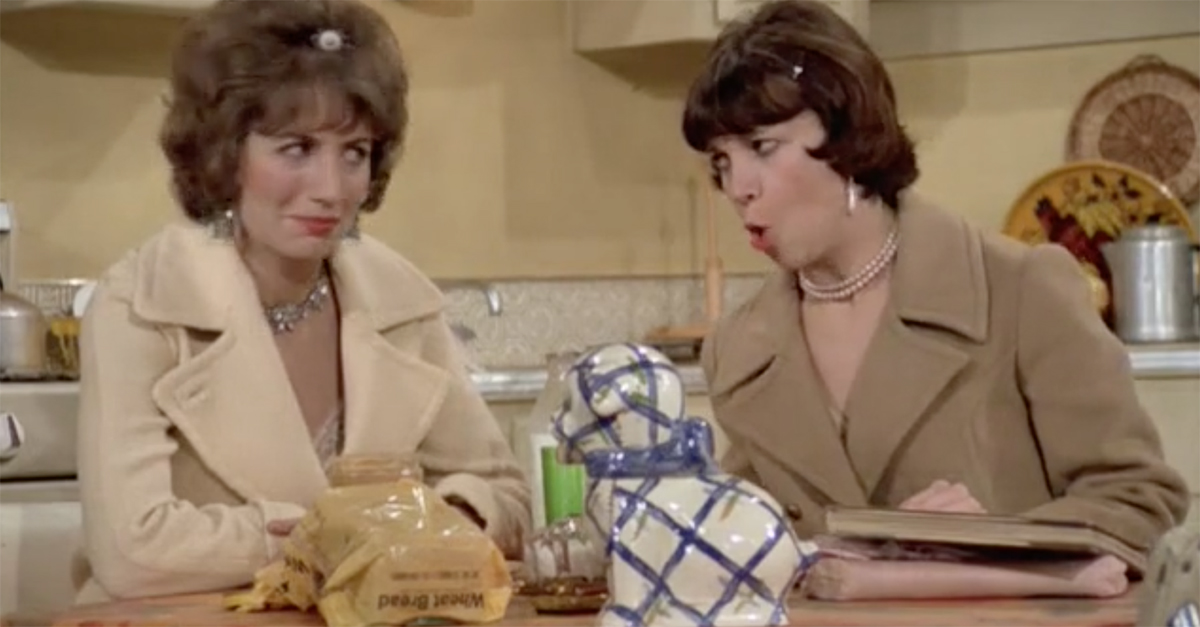 At the end of the first episode of Laverne & Shirley, the girls are in their kitchen with its brown and yellow hues. Fresh from "The Society Party," the girls still have their coats on, covering the gowns they stole to attend their boss' party. But they aren't talking about the party. Instead, the girls are discussing their dreams, since earlier in the episode, Laverne had discouraged Shirley's fantasies about the future. In the final moments, Shirley leans over to Laverne after asking for permission to dream her dreams and says, "You know, I dream for you, too." Laverne tears up, and the girls break into song, singing "High Hopes." It was a moment that sealed a friendship and inspired so many to skip to the same beat as this delightfully offbeat pair.

After the passing of Penny Marshall, her fans and collaborators have come together to sing the praises of the sitcom star who rose to become one of the first breakout female directors. Her costar Cindy Williams gave this emotional statement to Today:

"What an extraordinary loss. My good friend, Penny Marshall is gone — one in a million. Utterly unique, a truly great talent. And, oh what fun we had! Can't describe how I'll miss her," Cindy Williams said.

Happy Days star Ron Howard chimed in on Twitter, expressing his admiration for the "funny & totally unpretentious" actress who "made the transition from sitcom star to A List movie director with ease & had a major impact on both mediums."

#RIPPennyMarshall She was funny & so smart. She made the transition from sitcom star to A List movie director with ease & had a major impact on both mediums. All that & always relaxed, funny & totally unpretentious. I was lucky to have known & worked with her. https://t.co/pf2kfIkCH4 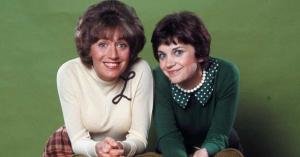 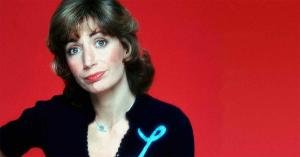 Her Laverne & Shirley costar Michael McKean (who played Lenny) was somber and speechless, "I don't know what to say."

I don't know what to say.

After Laverne & Shirley ended in 1983, Marshall moved on as a movie director, getting her start directing episodes of her own show. Her natural sense of humor and the Garry Marshall school clearly affected the comedy of her movies and casting choices in films like Big and A League of Their Own.

The success of these movies was perhaps the "high apple pie in the sky" hopes Marshall was singing about in that very first sitcom episode, and collaborators in those films also took time to honor the late director. Tom Hanks, who starred in both movies, recalled, "Man, did we laugh a lot! Wish we still could."

Goodbye, Penny. Man, did we laugh a lot! Wish we still could. Love you. Hanx.

In A League of Their Own, Madonna and Rosie O'Donnell worked together as a duo drenched in the same flavor of friendship that made Laverne & Shirley a hit. O'Donnell posted a clip from a commercial she and Marshall did for Kmart in 1996, remarking she was "simply heartbroken." Madonna took time to recognize Marshall's lasting influence on Instagram, "Your Talent was as BIG as your Heart! ♥️ and you were a Trailblazer For Women In Hollywood!"

Marshall's former husband of 10 years director Rob Reiner shared this message straight from the heart, "I loved Penny. I grew up with her. She was born with a great gift. She was born with a funnybone and the instinct of how to use it. I was very lucky to have lived with her and her funnybone. I will miss her."

Pacificsun 45 months ago
According to talk of the times, Williams was very competitive with Marshall on set. Vying for every comedy line in the script. Of course Marshall had the advantage what with her relation to Gary Marshall. But then, there were few comedy teams who didn't have their disagreements.
Like Reply Delete

MarkGailmor 46 months ago
RIP Penny Marshall. Thanks for all the years of laughs and entertainment. You will be missed.
Like (1) Reply Delete