Take a tour through the tailfin's finest hour. 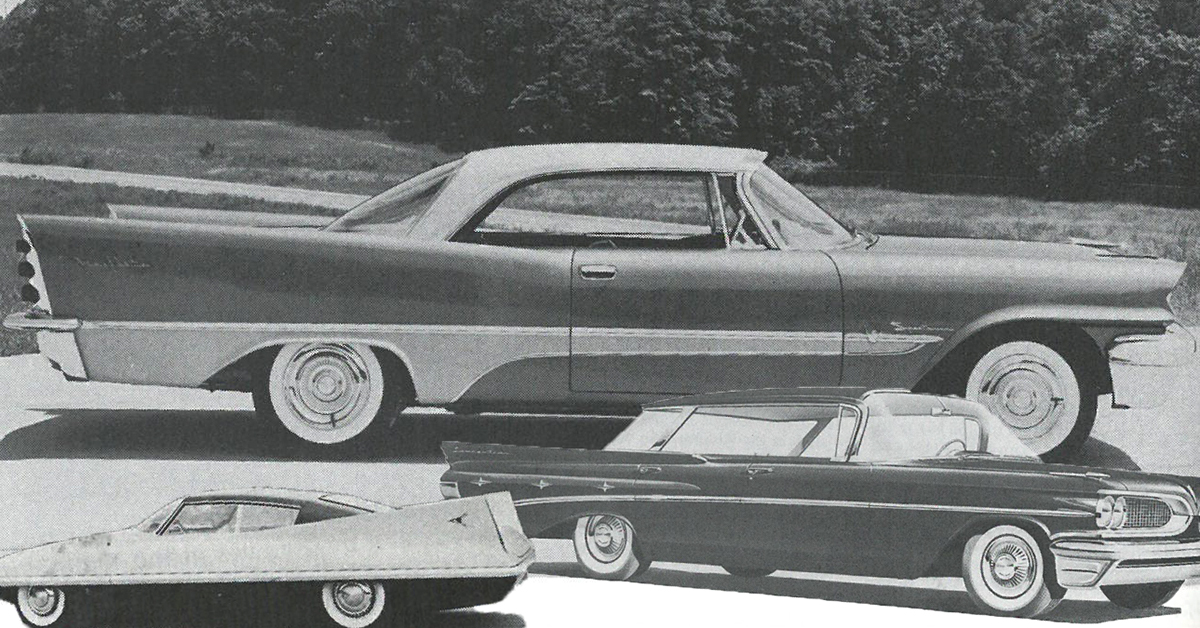 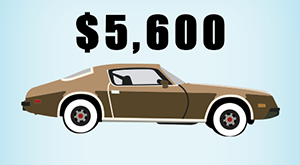 What 10 classic TV cars are worth today

Toward the end of the 1950s, carmakers were completely consumed by the tailfin craze. It was a stylish feature that helped some stand out and others change their image completely, but for folks just looking for a rad ride, adding a cool fin was the right move whether you were talking about a Studebaker or a Dodge.

We took a look back through the 1950s most innovative designs thanks to the Consumer Guide editors of the book Cars of the 50s (Beekman House, 1981) so we could revisit the tailfin's finest hour. Scroll through below and jump in some of the coolest cars from the 1950s that definitely prove designs were just better at drawing eyes and dropping jaws back in the good old days. 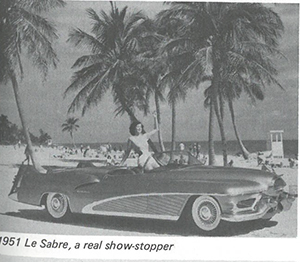 Buick released a ton of memorable models in the 1950s, including the Roadmaster Riviera and the Skylark sport convertible, but to us, nothing comes close to the 1951 LeSabre, which was basically a guinea pig show car for new ideas. So it makes sense it was ahead of its time, sporting Dagmar bumpers that would be much more popular in coming years. 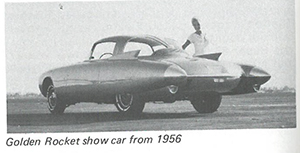 Considered the most exotic of Oldsmobile's show cars when it debuted in 1956, the Golden Rocket show car actually had a 324-horsepower Rocket engine to go with its futuristic and stylish curves. It also featured swivel seats and running lights in those plastic fins! 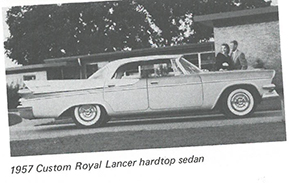 Dodge was seeking an image makeover in the 1950s after charging through the '40s as one of America's sturdiest vehicles. They wanted to take some of the boxiness out of the cars, and they succeeded in 1957 with the Royal Lancer, one of production designer Virgil Exner's welcome new features after he moved to Chrysler from Studebaker.

Virgil Exner's fin designs on the De Soto Fireflite Sportsman, Adventurer, and Firedome models were largely heralded by car aficionados still as among the slickest, cleanest from 1957 to 1958. 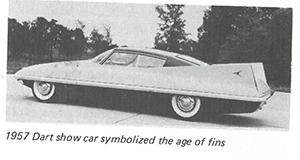 Although Exner's design from the Chrysler 300-C (pictured below) is widely regarded as one of the most attractive models from the maker, we can't stop gaping at the unique design of the 1957 Dart with such chunky fins on the show car seen here that for many, it was the defining model of the age of fins. 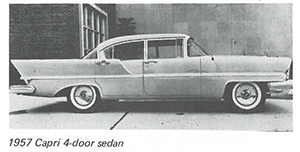 The pointy tail fins of the Capri sedan may have been priced lower than the Premiere series, but we say it's the savvy move for those convinced by Lincoln's image change in 1956, with that enticing concept that your car was "Unmistakably Lincoln." 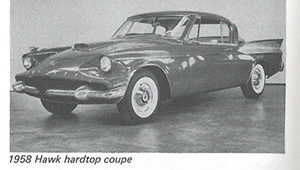 The cars released by Packard in 1958 would be the last to use the car's name once the company shifted to embrace the Studebaker side of its image. We have to say Packards went out with a bang, thanks to the wild designs of Duncan McRae and the prodding of Packard-Studebaker head Roy Hurley. The story goes that Hurley requested the mylar tailfins considered gaudy back in the day. Other unique features, though, like the weird outdoor armrests were apparently all McRae. 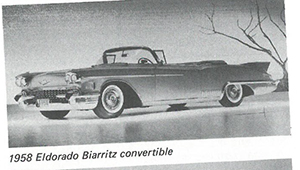 We can't talk about the 1950s without gushing about Cadillacs, and the car that glints the most in our memories is the 1958 Eldorado Biarritz (no offense to the stunning Coupe deVille). When the model was first introduced in 1956, it marked a shift toward jagged fins over rounded taillights, gifting the carmaker with its trademark. Another model from that era that makes us drool more than a little is the Fleetwood Sixty Special (pictured below). 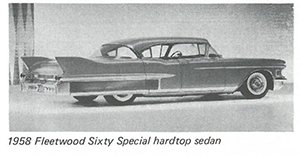 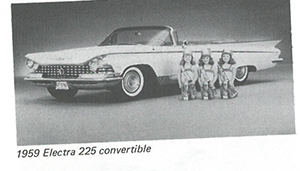 In 1959, Buick traded model names for its popular cars, including the Roadmaster, which became the Electra 225. Back in the day, they were dubbed the year's most changed car, and as you can see from the jaw-dropping car in the photo here, many considered that to be a smooth move.

An intriguing thing that happened in the 1950s was the mixing and matching of design features when carmakers moved some of their plants to Canada. This Pontiac Laurentian Vista sedan is a great example. It had a Chevy engine and body but the stylings of Pontiac's popular models like the Bonneville. Some call it awkward, but we say it's kind of magical.