Do you know which screen legend was a big fan of Lay's? 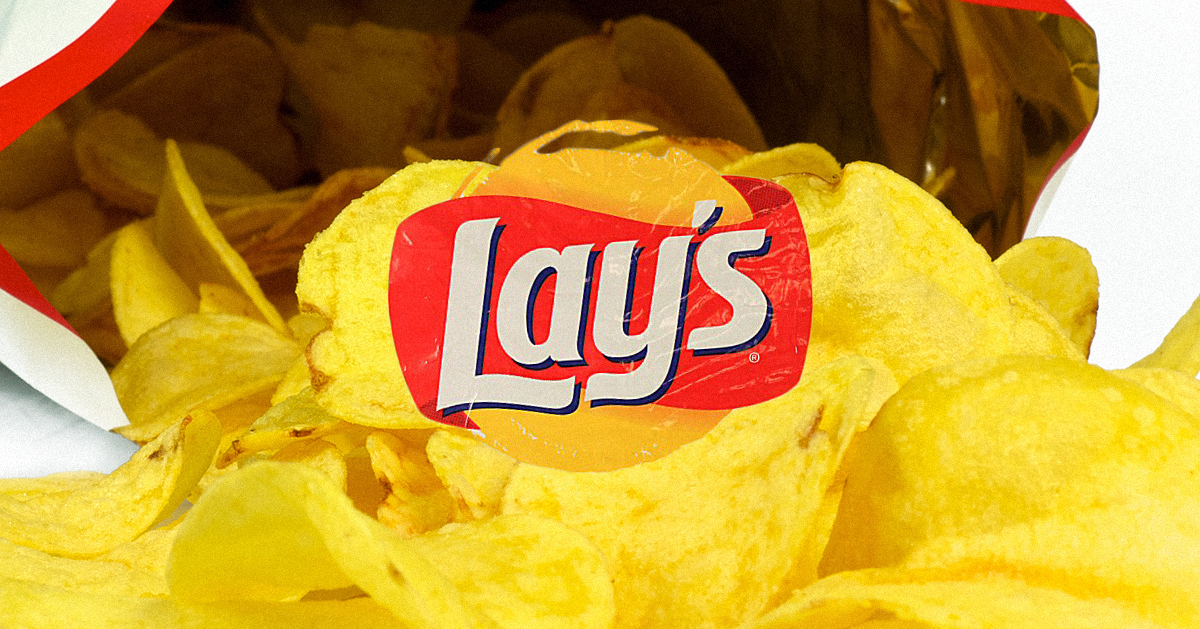 No advertising slogan has been more true than "Betcha can't eat just one." When it comes to Lay's potato chips, it's hard to stick to one serving, let alone just one single chip. The original chip brand has been around for a while, but it's surely stood the test of time. In fact, it's still the top-selling brand of chips in the United States.

So before you run to the store to grab a bag of the salty goodness, check out these nine interesting facts about the chips you know and love.

1. They've been around for a while. 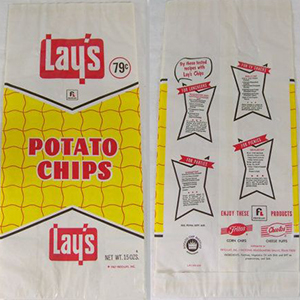 Herman Lay started his company in 1932 in Ohio, during the height of the Great Depression. Luckily, consumers loved his recipe and he was able to buy the Barrett Food Company in Atlanta six years later. He renamed it "H.W. Lay Lingo & Company." 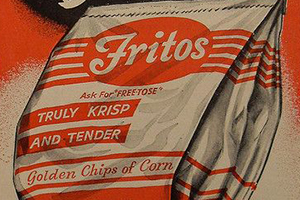 3. The friendship turned into the perfect marriage. 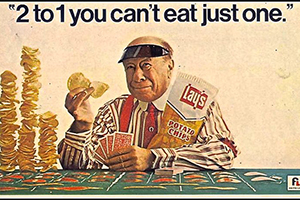 The partnership between the two companies was so successful, the founders decided to merge. In 1961, Frito-Lay Inc. was formed with combined annual sales of over $127 million. 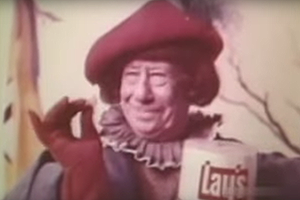 Back when television was in its infancy, Lay's potato chips were the first snack food to air commercials.

5. The Cowardly Lion loves them. 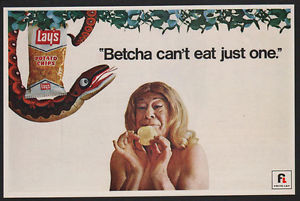 Most people know Bert Lahr as the Cowardly Lion from the 1939 film The Wizard of Oz. But many people don't know he was one of the original spokesmen for Lay's potato chips in the early 1960s. Staying true to the character actor that he was, he dressed up in all sorts of costumes to sell the brand. Yes, that is Lahr dressed up as Eve eating the "forbidden fruit."

6. The were once just two flavors. 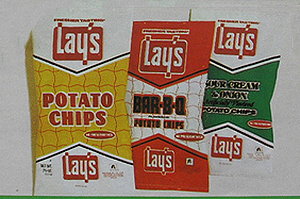 For a while, you could only find two flavors. The original flavor was dominant until 1958, when the Barbecue flavor was introduced. The two flavors were the only available until the late 1970s, when Sour Cream & Onion chips were introduced. 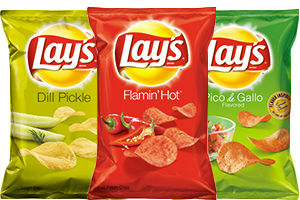 What's your favorite flavor? Today, you can find almost any flavor you want, including Dill Pickle, Honey Barbecue, Flamin' Hot and Pico de Gallo. Right now, almost 50 flavors and varieties are sold in the United States.

8. Lay's has many international aliases. 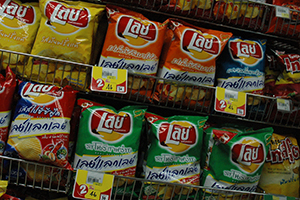 Although Lay's has its roots in the South, it has become the world's go-to brand for potato chips. Lay's are also known as Walkers in the United Kingdom, Smith's in Australia, Sabritas in Mexico and Chipsy in Egypt. In total, you can find Lay's under different names in nearly 80 countries.

9. You can find blueberry and ham flavors overseas. 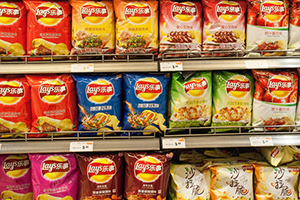 Speaking of different names, you can also find different flavors around the world as well. You'll have to travel to Canada to find Ketchup flavored chips, Spain to find Ham flavored ones and China to eat the sweetly seasoned Blueberry flavor.

CraigGustafson 16 months ago
Bert Lahr was once asked by a fan if he really loved Lays Potato Chips. Lahr responded, "Don't eat 'em. They'll kill ya."
Like Reply Delete

Or drag a file here to upload
DerekBird 16 months ago
I think it's strange that they didn't mention that Frito-Lay is now owned by PepsiCo. The two companies merged in 1965.