The man who gave us The Waltons also gave us aliens, angels, and a shape-shifting leopard. 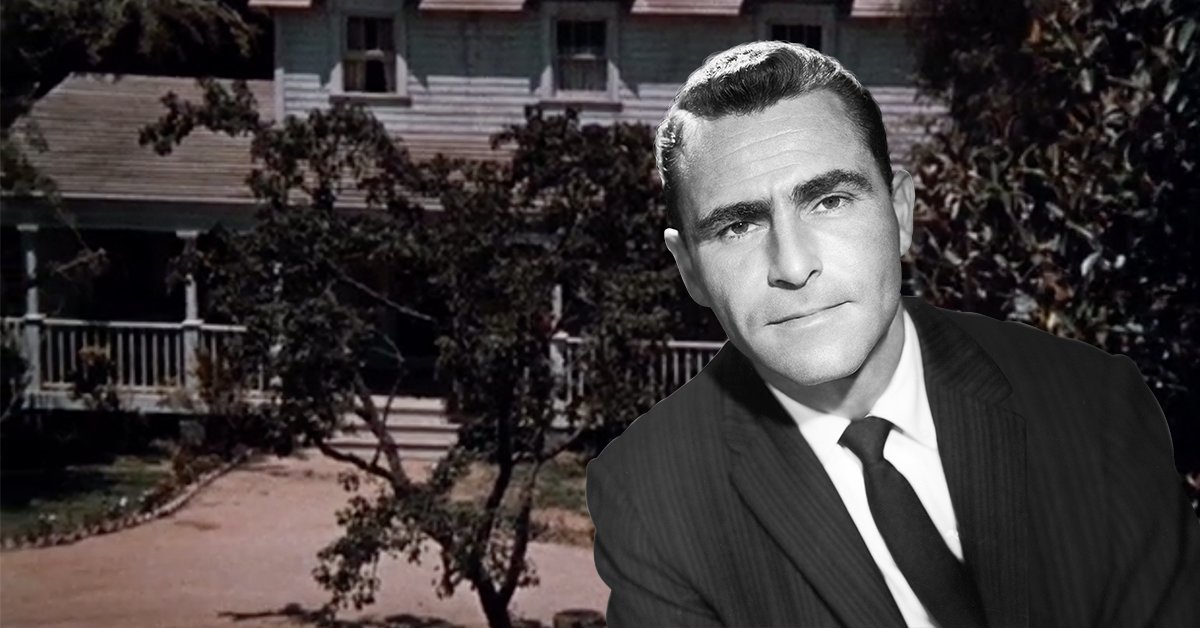 Earl Hamner Jr. wrote the book on The Waltons. Literally. The Waltons the show is based on his book, Spencer's Mountain, which was inspired by his own childhood growing up in rural Virginia.

But did you know that his writing didn't begin and end there? Hamner had a long career in writing, including a handful of some of our favorite The Twilight Zone episodes. In fact, you can see some of Hamner's DNA in these episodes if you're familiar with The Waltons.

Let's enter The Twilight Zone and take a look at the episodes that Hamner gave us. 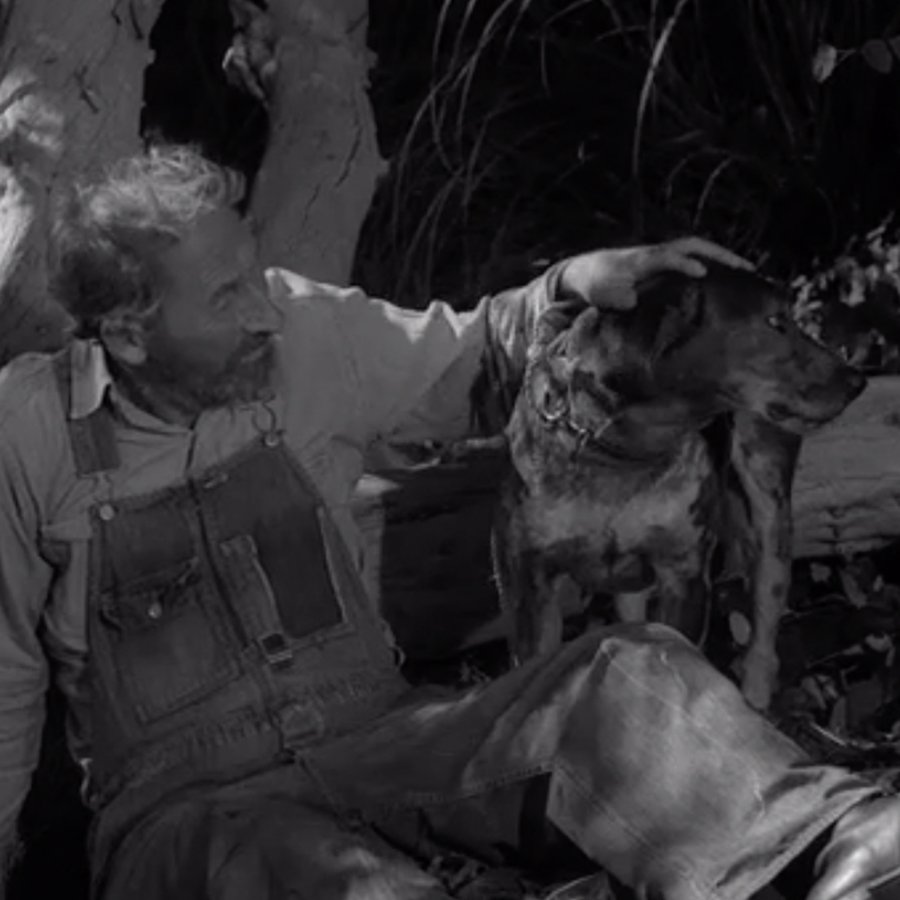 This episode is one of the more down-to-earth of The Twilight Zone. No aliens or monsters, just a man and his dog. After an elderly mountain man discovers that he and his beloved hound dog, Rip, have died, he finds a man who tells him he can enter heaven. One catch — he has to leave Rip behind. The man repeatedly refuses, telling the gatekeeper, "I don't reckon in there is any place for me. Any place that's too highfalutin for Rip is too fancy for me." It's one of the more heartwarming episodes of the series, and one that any dog lover can identify with. Hamner's respect for the humble but warm-hearted rural mountain folk is clear here. 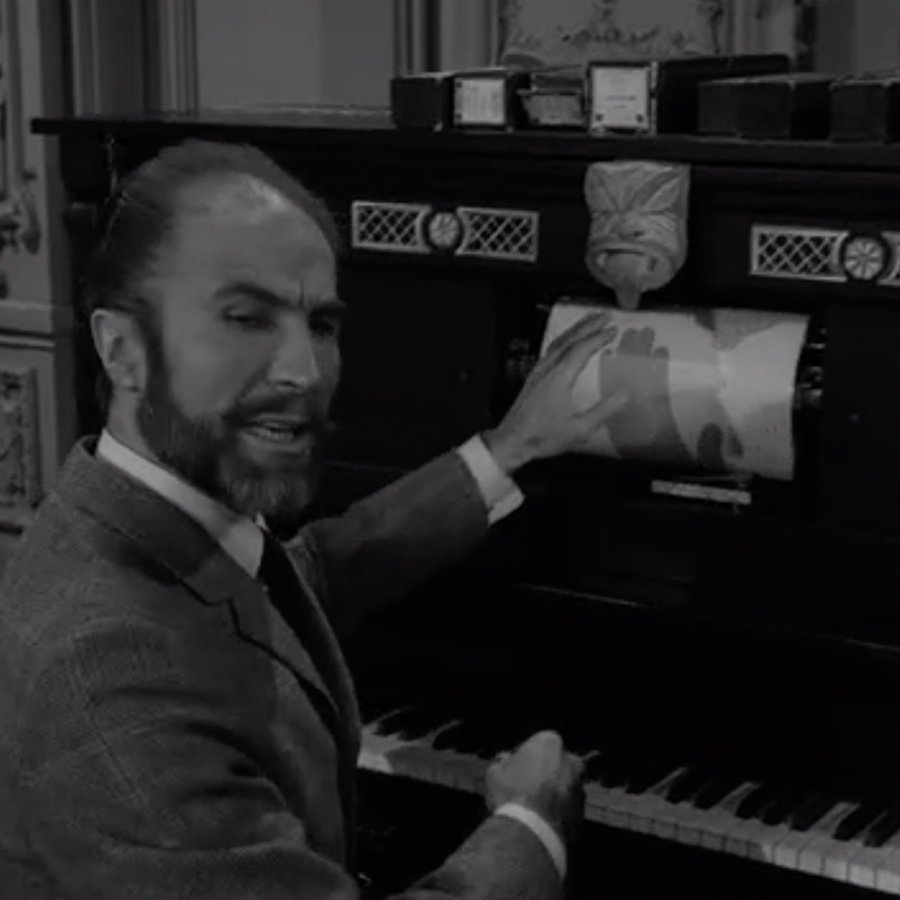 This is back to the supernatural that we're familiar with. A cruel drama critic buys a player piano and soon discovers that when it plays, it reveals people's true natures. He uses it at a party to expose the secrets of his friends and wife for humiliation, but it doesn't take long for his own hidden nature to come to light. Hamner points out in this episode that the heart of cruelty isn't anger— it's fear. 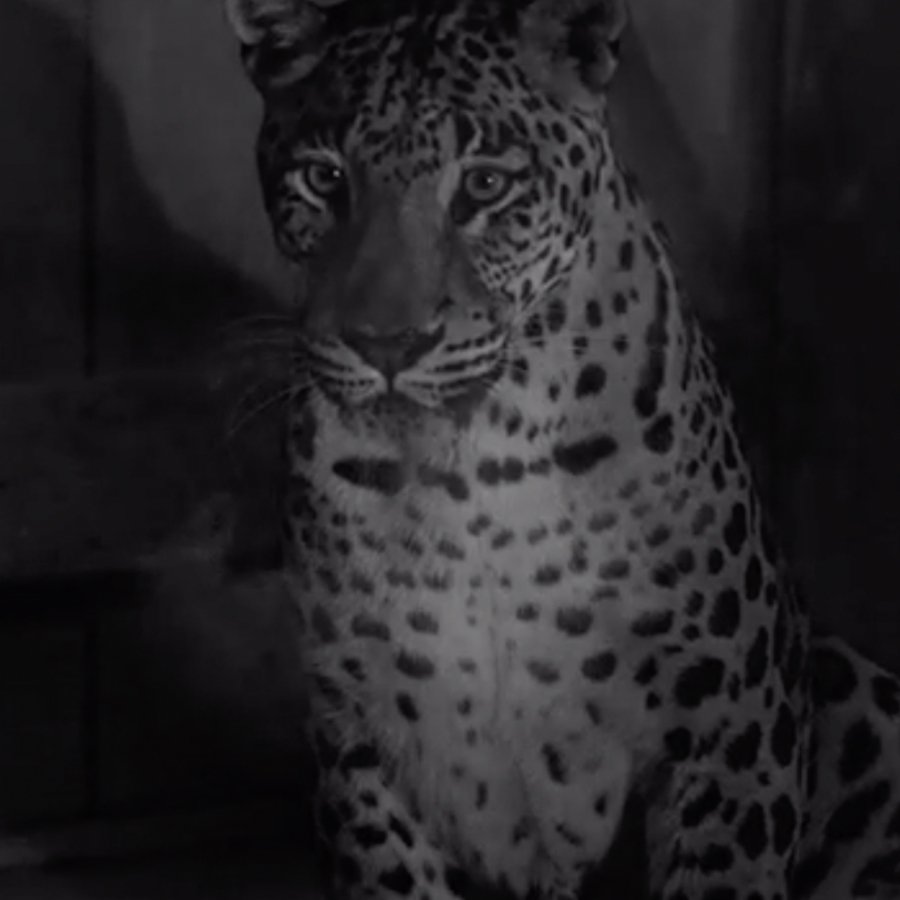 Hamner said that this was his personal favorite of the episodes he wrote. In the opening, Rod Serling describes it as something that might have taken place with the Druids, but in the Blue Ridge Mountains. Jess-Belle is in love with a boy, Billy-Ben (maybe related to Jim-Bob?) but he's engaged to Ellwyn. She goes to a witch, who makes Billy-Ben forget about Ellwyn and fall madly in love with Jess-Belle, but shortly after she discovers that it comes with a price. She transforms into a leopard every night and each time loses a bit of her soul. From there it's a classic tale about witchcraft and lost loves. 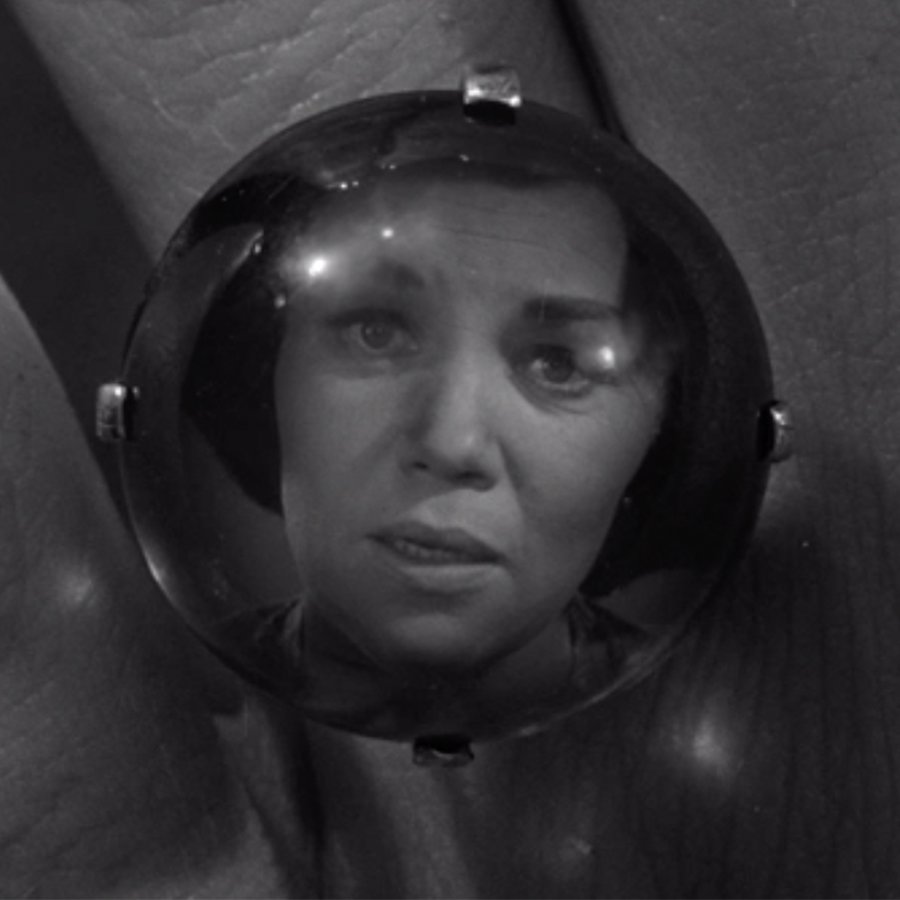 Another lesson from Hamner about the importance of knowing where you're from, even when you reach the big time. This episode follows Bunny Blake, a famous movie star, who receives a ring from her hometown fan club. She begins seeing visions of her loved ones imploring her to come home, along with other omens. While back in her hometown, her sister thinks that Bunny's erratic behavior is due to her being spoiled by Hollywood and fame, but there's more at play here. It's a bittersweet ending, but one that stays with you. 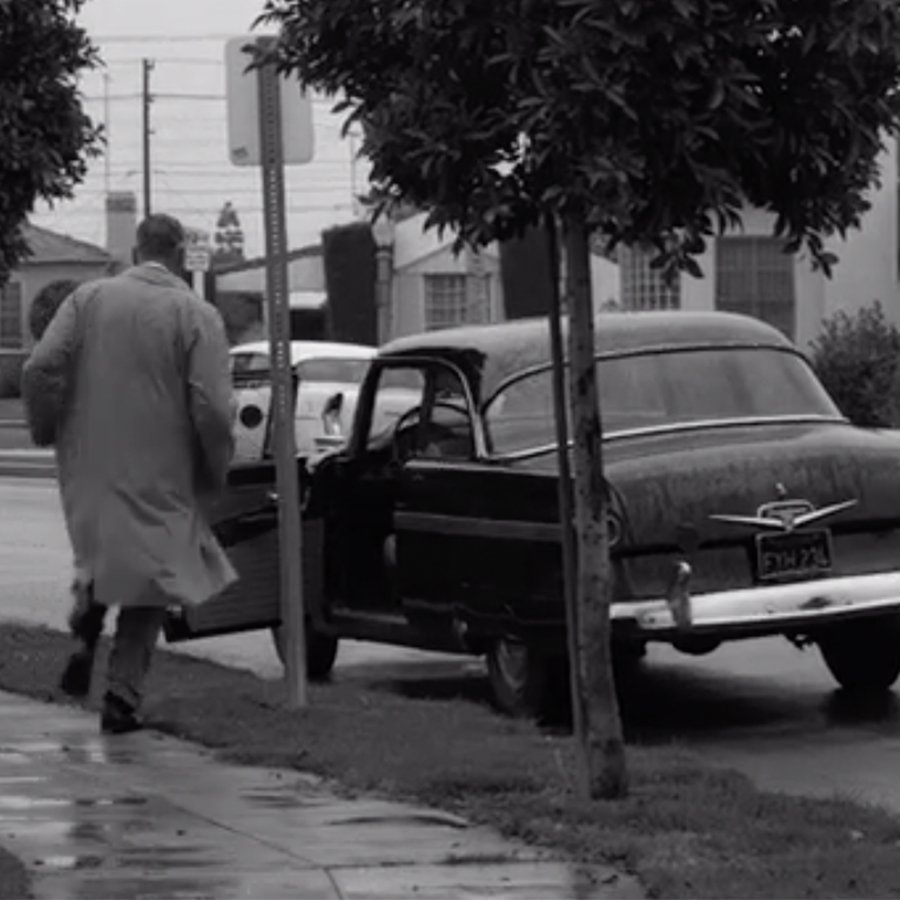 A hurried, nervous businessman is distracted driving home when he hits and kills a newspaper delivery boy. Not only does he drive away, he even helps pin the blame on a coworker. The car, however, has other plans. It begins coming to life, playing a news clip of the boy's death, and even revisiting the crime scene and refusing to move. Hamner's moral is clear — you can't escape your wrongdoings. 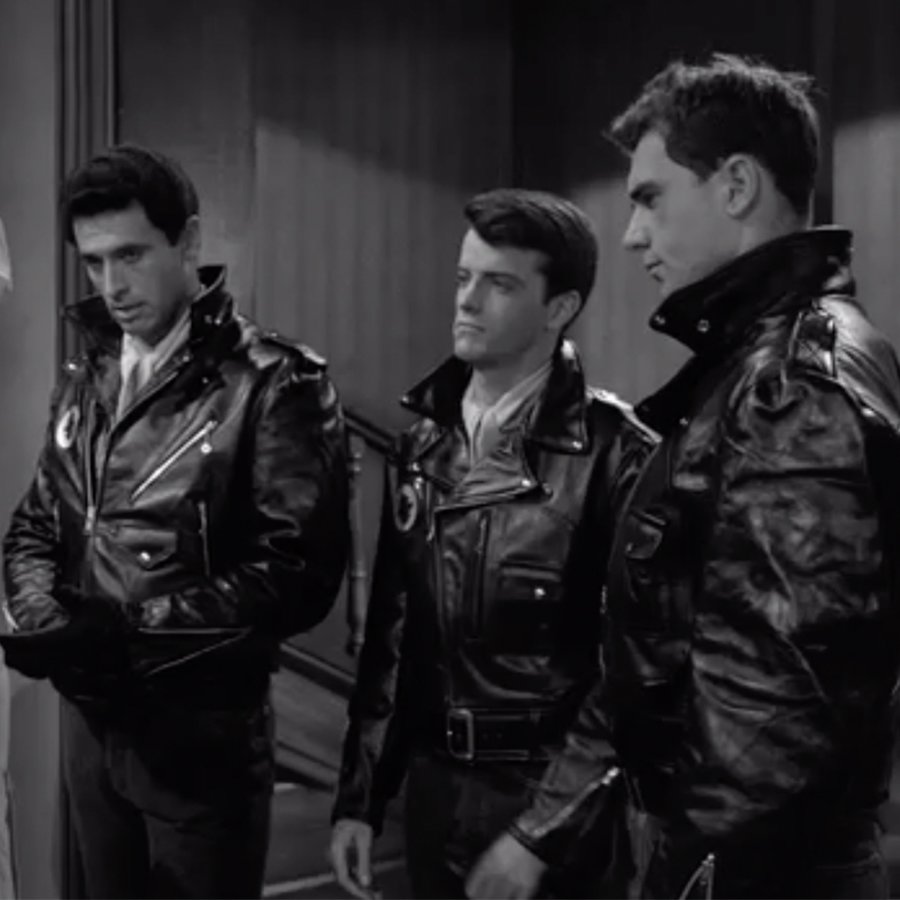 And we finally see some aliens written by Hamner! These are different than the monstrous aliens in other episodes, though. These aliens take the shape of three young men in black leather jackets. They've been sent to release a bacteria in the water supply that will kill all humans and domestic animals so that they can colonize the planet. The reasoning is that humans are violent, hateful, and need to be destroyed. However, one of the aliens falls in love with the human girl next door. He needs to convince her that he's telling the truth, as well as convincing his leader that humans deserve to be saved. It's a sweet, humane look at aliens. 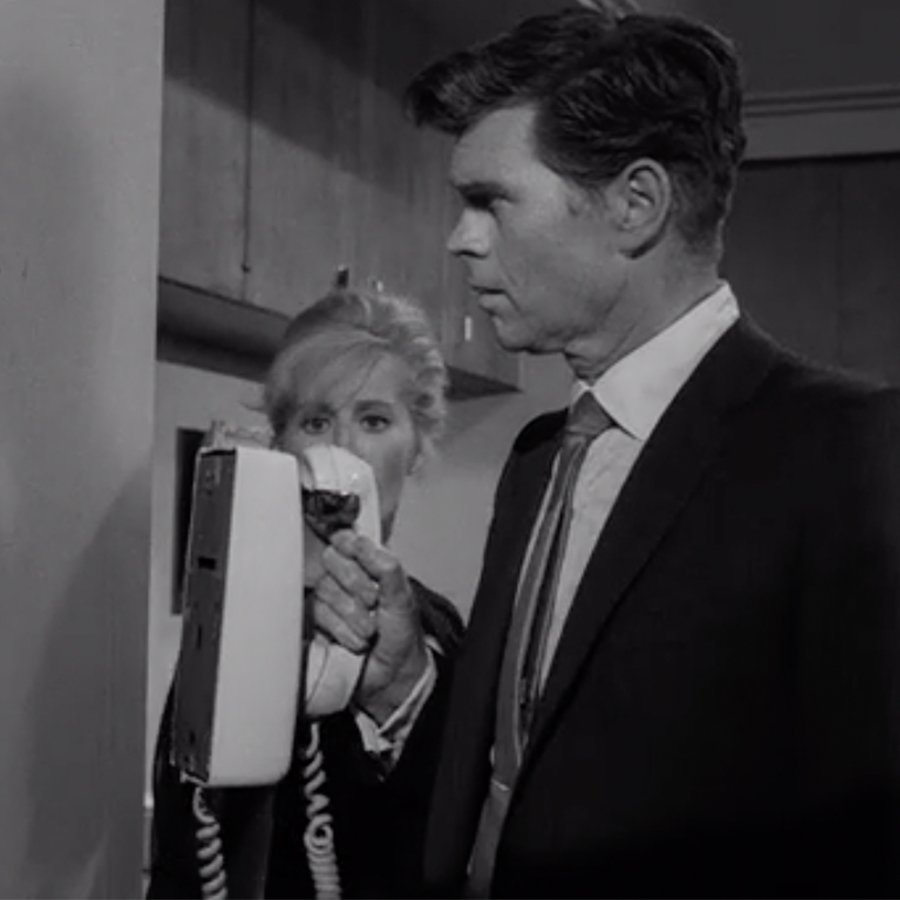 This might be one of the more famous episodes. You might even have seen a parody of it. A husband and wife drink too much at a party and attempt to drive home. They wake up in a small town bedroom with no memory of how they got there. Investigating the town only brings up more questions: Why isn't the phone connected? Why is all the food in the fridge plastic? Why are the trees and squirrels fake? And where is everyone? With this episode, Hamner gives us one of the most iconic twist endings, and we dare not reveal it here. 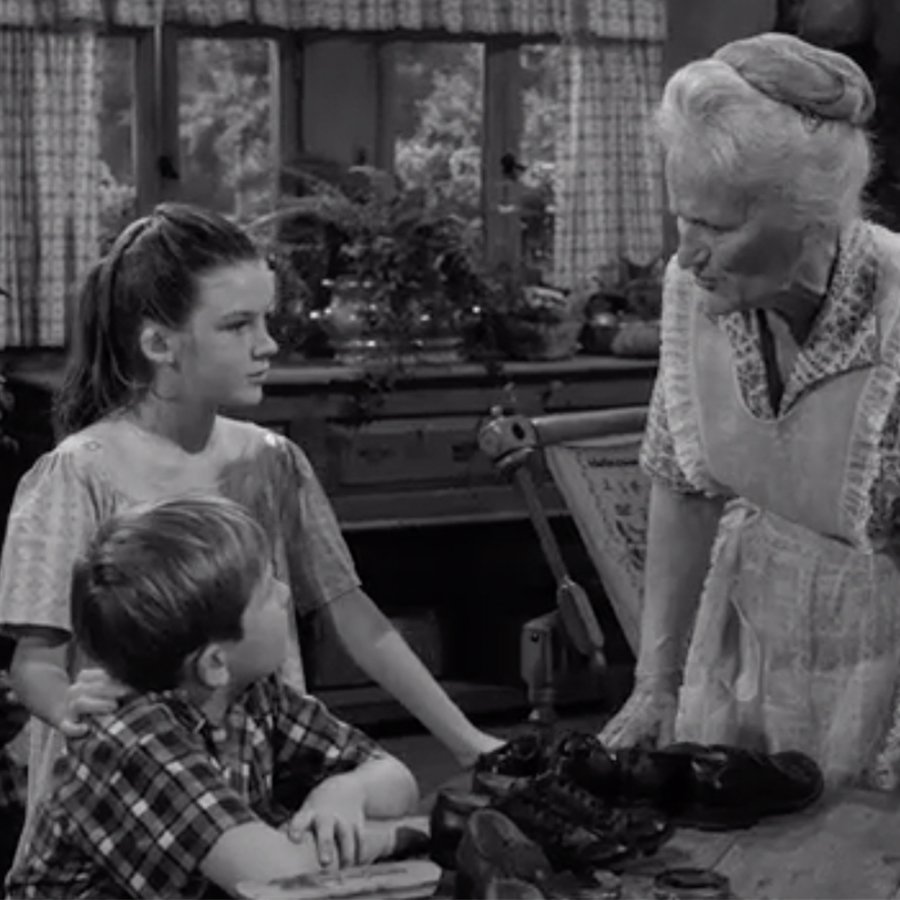 This was not only the last episode written by Hamner— this was the final episode of the series. And just like Hamner started his Twilight Zone career writing about good-hearted country folk, he finished like that too. This episode is about a brother and sister who live in an expensive, fancy house, with every luxury they could want. However, their parents are cold, self-centered, and constantly fight. The children discover that if they dive into their pool, they come up in a pond by a rural farmhouse. The house is filled with other neglected children who have come to live there, looked after by a kindly elderly "aunt". The children go back and forth, and must decide if they want to stay in a large home with no love or to abandon it for the house by the pond. Hamner makes it clear, just like he did with The Waltons, that nothing money can buy can replace genuine love.

SEE MORE: 5 eerie episodes of The Waltons that are not like the rest

Yes, even the Waltons had a poltergeist.

Pacificsun 29 months ago
I didn’t like the "Bewitchin’ Pool" and am surprised it was written by Mr. Hammer (perhaps as a break in typecasting). The question Is whether a story is written based on principle or for an audience? The difference being in how the gimmick (TZ's trademark) is used.

Twilight Zone is based on the art of “Short Stories” the task being to convey the strongest message (as entertainment) in the most economically literate manner possible. Successful ones, are the most identifiable, in terms of how much reality can be brought to life!

Pacificsun Pacificsun 29 months ago
... otherwise the storytelling crosses over into the next genre of straight "fantasy."
Like Reply Delete

Angela 34 months ago
I found "Stopover" to be very good as the couple cyles through so many emotions - confusion, anger, fear, hope, and desperation. The last 10 seconds were quite disturbing.
Like (1) Reply Delete

Utzaake 35 months ago
5. Fiddlesticks! Edward Andrews!
7. A drunk Barry Nelson. What a concept.
Like Reply Delete 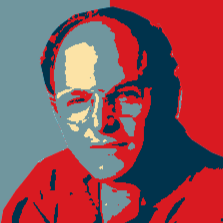 Keith 35 months ago
"However, one of the aliens falls in love with the human girl next door. He needs to convince her that he's telling the truth, as well as convincing his leader that humans deserve to be saved. It's a sweet, humane look at aliens."

Umm... the ending is not a sweet look at aliens at all.
Like (2) Reply Delete

Keith Keith 35 months ago
Adding to my post here...

Probably my least favorite from this list was "The Bewitchin' Pool", as that girl's dubbed-in voice was irritating, and I suppose the story itself was not the most intriguing to me -- though I felt for the kids and was glad that they vanished on those self-centered "parents".

My favorite from this list is a toss-up between "Stopover in a Quiet Town" and "Ring-a-Ding Girl".

Overall I don't think this is a bad list. The guy obviously had a knack for writing stories, but like everything we do, some creations are better than others.
Like Reply Delete

AmySusanFisher Keith 35 months ago
The problem with The Bewitchin’ Pool is that when they filmed it, there was so much backlot noise that some of Mary Badham’s lines couldn’t be heard. So they needed her to come in and dub her lines in during post-production, but she had already gone home to Alabama. So they brought in June Foray, the voice of Rocky the Squirrel, to do the dubbing. Unfortunately it doesn’t sound very good. IDK why they used her because she always SOUNDED like Rocky the SQUIRREL, not like a little girl. The same problem occurred filming “Little Girl Lost”, and they used June Foray for the dubbing on that episode, too. I cringe every time I watch the episode.
Like (3) Reply Delete

KathyMcKinny 35 months ago
The piano one, You Drive & the Bewitching pool are some of my favorites. SO COOL to learn Earl wrote those. He really has a knack for story telling.
Like (1) Reply Delete

Or drag a file here to upload
texasluva 35 months ago
These episodes are meh just okay.
Jess-Belle a hankering to have her man or she'll have a spell put upon poor Billy. What one needs is some a witchn' insurance and a whole lotta luck.
Black Leather Jacket- If you seen one Alien biker you've seen em all but these one's ain't so
cool cuz they wanna take down da Earth-Really . I am calling out da Fonze to handle
em.
The Ring-a-Ding Girl or is it the Ding-a-Ling one. Copy that.
The Hunt was cool. You can go to Heaven and take your dog too. Beware though that ole Beelzebub be a pretending to be a better place to rest your soul but NO Dogs. Hey he's not a leaving Rip behind. No Rip no soul. He wanders on until Hark the Angels Sing and he and rip can rest their souls
The rest you can watch to see if their your cup of tea. Give me the meat and potatoes.
1. Monsters Are Due On Maple Street
2. The Hitch-Hiker
3. It's A Good Life
4. Living Doll
5. To Serve Man
6. Five Characters In Search Of an Exit.
7. and a heap more
Like (1) Reply Delete

VeeCee texasluva 35 months ago
The point of the article was to focus on the episodes written by Earl Hamner Jr., not focusing on the BEST of all Twilight Zone episodes.
Like (2) Reply Delete
texasluva VeeCee 35 months ago
First 2/3 I did. I gave my point on the ones seen and what I thought of them. That being said I'd rather watch others I thought were much better. Comparing them with other TZ ones. Also gave the option to others whom might have a different take on Earl Hammer, Jr ones. The eye of the beholder is what's important.
Like (1) Reply Delete