8 incredibly creepy clowns on television that still give us nightmares

It's no wonder we're afraid of clowns. 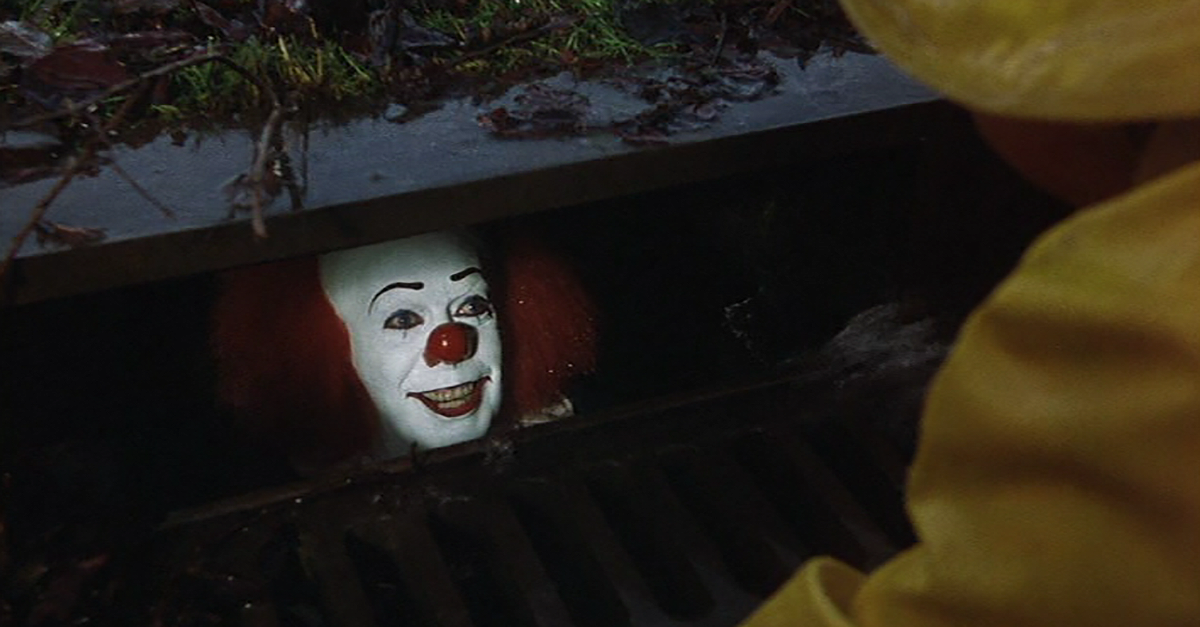 In the lead-up to the premiere of the new It film, police in towns across the nation found red balloons tied to sewer grates—a truly terrifying prank in seeming anticipation of the upcoming remake of Stephen King's creepy clown thriller. But if you remember, this isn't the first we've heard of scary clowns in the headlines. Just a few years ago, there was a scary clown epidemic that spread across the country. The happy, fun and loveable creatures that are supposed to get children excited by performing tricks and stunts took a turn to the dark side.

The sightings started in South Carolina in August 2016, where small town residents reported seeing clowns ligering around the woods, banging on doors and attempting to lure children while carrying axes. Those incidents sparked a number of copycats and imposters around the country. Many were spotted approaching children and causing trouble. And while most cases were harmless hoaxes, it had many on edge.

Although clowns have been getting more negative attention lately, for many of us, these creatures have always been scary. The overly friendly demeanor, exaggerated movements and faces caked with two inches of white makeup were utterly terrifying for some of us growing up.

Looking at what was offered on television growing up, it's no wonder why so many of us are freaked out and fascinated by this clown epidemic. If you've ever wondered why people are so scared of clowns, look no further than these eight examples. 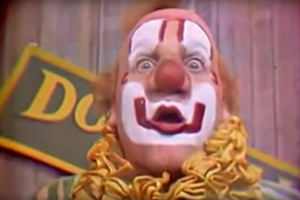 Before clowns took a turn to the dark side, there was Howdy Doody's Clarabell the Clown. He didn't talk, meaning most of the time we had to guess what was going on inside his head. Although Clarabell is one of America's most beloved clowns, he laid the foundation for more scary clowns to come.

With a mascot this scary, it's no wonder Sugar Rice Krinkles failed to get off the ground. From his animated facial expressions to his overexaggerated speech patterns, this creepy clown should be a cautionary tale for products looking to adopt one as a mascot. We wouldn't be surprised if this guy turned out to be an evil clown overload in charge of the recent clown sightings. 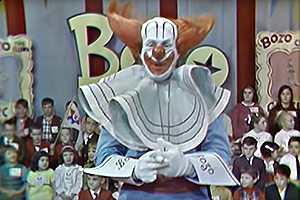 Bozo the Clown popped up around the country in the 1960s, with different television stations franchising the character and producing shows for it. Sure, Bozo was fun to watch from time to time, but that flaming red hair and incredibly arched eyebrows didn't do the children any favors. Bozo was fun, but his resemblance to a much more sinister clown may have tainted his legacy for younger generations. (More on that later...) 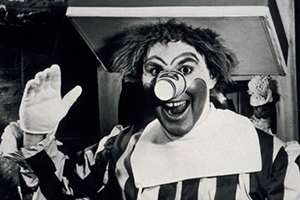 The original Ronald McDonald was equal parts scary and sloppy. With a tray over his head and a cup for a nose, the disheveled cheeseburger enthusiast looked more like a drifter rather than company mascot. Originally performed by Willard Scott, this clown probably inspired many of the copycat clowns roaming the streets in recent weeks.

What's worse than the creepy 1950s Ronald McDonald? How about the psychedelic 1970s Ronald McDonald. Clowns started backing away from the traditional routine of playing pranks and magic tricks in the 1970s and started to branch out and try new things. For example, Ronald McDonald decided to frolic around the trippy paradise that was McDonaldland, scaring many children along the way. 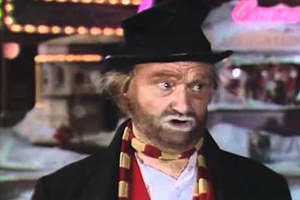 Red Skelton's "Freddie the Freeloader" didn't have the eccentric features like others on this list, but don't let that fool you. This unlucky clown was just as creepy even without the layer of caked on makeup. Just look at those white lips! Freddie the Freeloader is proof there are clowns among us that we can't easily identify.

Pennywise was the clown to end all clowns. Before the TV movie It premiered in 1990, it was acceptable to have clowns on television. Sure, they were kind of creepy, but they were ultimately kind and gentle.  Not Pennywise, however. Tim Curry's devious character scared children so much that the reputation for clowns has been tainted ever since. Reports about the recent epidemic of clown sightings immediately drew comparisons to this monster. 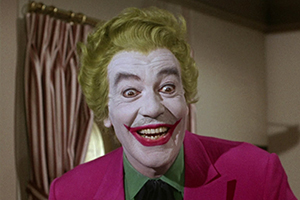 Most clowns are scary because their dramatic makeup and usual shtick rubs people the wrong way. But the Joker from Batman is scary because he's actually evil. The villain has been reincarnated several times of the past 50 years, but none were as good (or evil?) as Cesar Romero in the '60s TV series.

Bob 20 months ago
The food that Ronald MacDonald pushes will kill you. That's scary.
Like Reply Delete

LittleMissNoName 20 months ago
I heard a rumor that they are from Outer Space and the rundown carnival/circus you see mysteriously appear overnight in town is really an intergalactic spacecraft!

They also like to wrap you up into a cotton candy cocoon and suck the life juice out with a crazy straw.
Like Reply Delete

RedSamRackham 20 months ago
* TV Clowns never scared me! The clowns on sidelines of Macy's parade amused me. ☺
Like Reply Delete