What memories do you have with your red wagon? 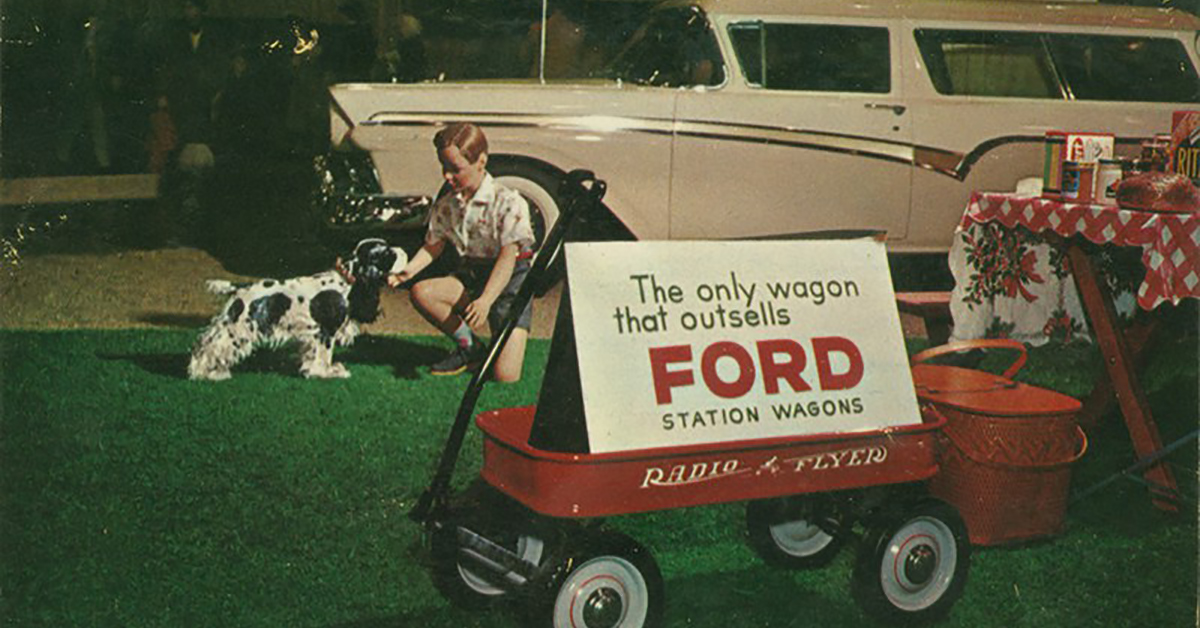 Is there a kid out there who didn't pull neighborhood kids around in their Radio Flyer? Or perhaps you were the lucky passenger.

In 2016, Little Red Wagon Day was established to celebrate the wagon’s 100th birthday and has now become a day to remember the simpler times and all of the fun we had with these toys growing up. Here are eight fun facts you might not know about the Radio Flyer.

1. The name doesn’t have some deep meaning 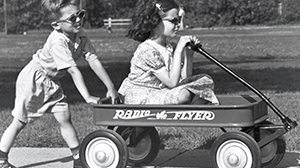 In 1927, creator Antonio Pasin took his two favorite inventions and combined them to come up with the name of his classic wagon: radios and airplanes. 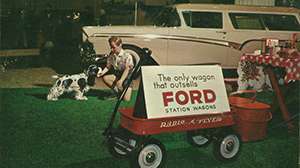 A classic, metal red Radio Flyer wagon sells for about $100 these days. However, in 1930, they went for $3. Adjusted for inflation, that would be about $43 today. According to the National Toy Hall of Fame, even at the height of the Great Depression, the little red wagons still sold at the rate of 1,500 a day. This selling rate led to Pasin earning the nickname “Little Ford.” 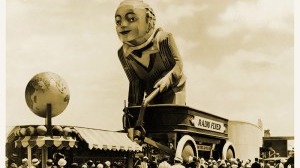 Pasin took out a $30,000 loan to have a 45-foot tall statue of a boy in a wagon built for Chicago’s World’s Fair. According to the Smithsonian, Pasin’s wife said that this was the only time she saw her husband nervous, because it was such a huge expenditure that may not pay off.

4. There were a number of different models 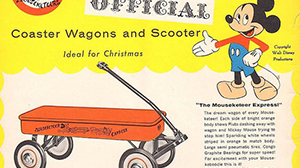 While the red wagon is certainly the most popular, there Liberty Coaster Wagon made multiple different models over the years. There were even Davy Crockett and Mouseketeer wagons in the 1950s.

Image: Made in Chicago Museum

5. Radio Flyer experienced a huge boom after the war 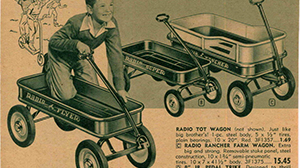 Despite access to metal being limited during World War II, and Radio Flyer taking a break from wagon production for a couple of years to manufacture Blitz Cans. Post-war, as the suburbs boomed, the wagons again flew off the shelves. Those kids had a new abundance of space to run around with their wagons in. Around this time, the company started making wheelbarrows, too.

6. The company was named after the product 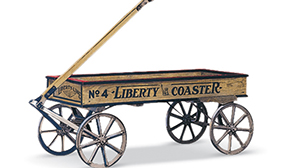 7. It was inducted into the National Toy Hall of Fame in 1999 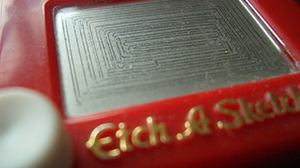 If that seems late for a toy that’s been around since the early 1900s, that’s just because the National Toy Hall of Fame didn’t start inducting toys until then! Radio Flyer wagons were among the original inductees, alongside Barbie, Etch A Sketches, roller skates and Teddy bears.

As a company that specialized in metal wagons, the popularity of plastic ones didn’t bode well. However, after some trial and error, they started manufacturing red plastic wagons, and other toys that appealed to modern kids. Now, it even makes a mini Tesla! 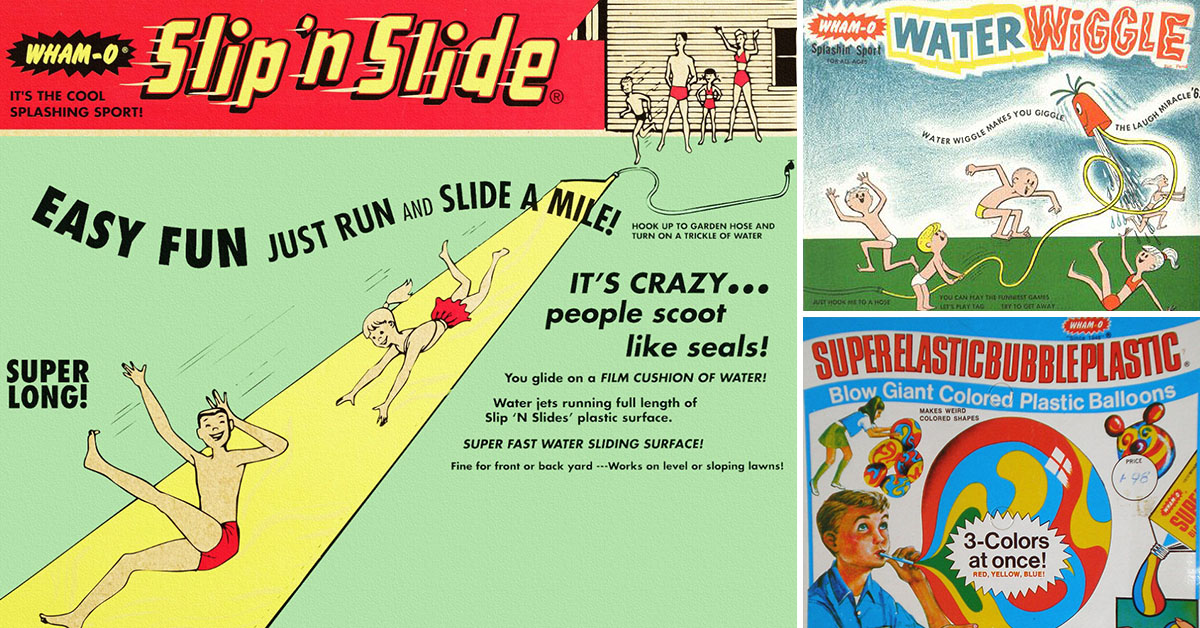 HerbF 33 months ago
"Radio Flyers" appear in the window display of HIGBIES in the opening scenes of "A Christmas Story" (1983) But it's the WRONG LOGO on the wagons! It's the present day logo and not the one used in 1939 when the film takes place!
Like Reply Delete