Shopping isn't the same without Zayre, Ames and Woolco. 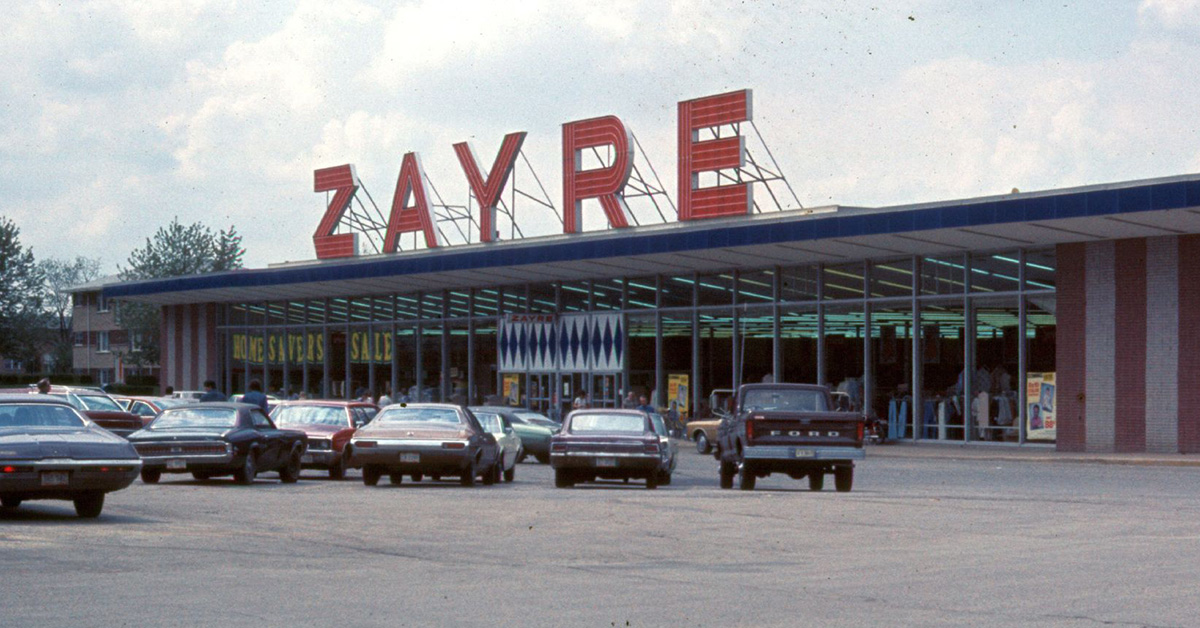 Shopping today is almost nothing like it used to be. Strip malls are bare, shopping malls are disappearing and some of our most trusted department stores are going under. The convenience of online shopping and big box retailers has dramatically changed the way we run errands and hunt for bargains.

Here's a look back at a simpler time, when everything could be found at good ol' discount retailers like Zayre and Ames. These stores weren't the most luxurious, but they certainly had everything we needed at decent prices. Which ones were your favorites? 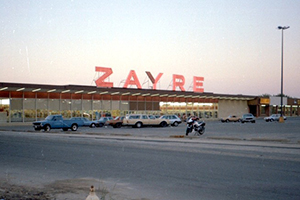 Zayre quickly became the nation's fifth largest retail chain after opening its first store in 1956. In fact, you couldn't go to a major market east of the Mississippi River without finding one. The company's downfall started when it spawned TJ Maxx, which became so big it eventually became the company's sole focus. 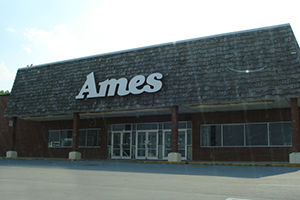 When Zayre started to go downhill in the late 1980s, it sold nearly 400 stores to Ames in exchange for $430 million. Although Ames was already an established and well-known chain by that time, it couldn't survive the ambitious merger. Ames filed for bankruptcy soon after, and eventually folded in 2002. At one point, it was the nation's fourth largest retailer. 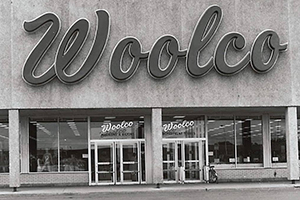 You may not remember Woolco, but you'll definitely remember its parent company, Woolworth. It was a step above the five-and-dime store, but still offered some serious discounts. Woolco only lasted for 20 years, but boasted over 300 stores at one point in time. 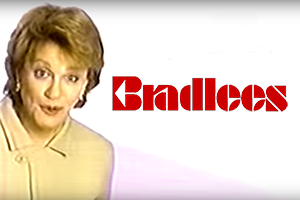 At its peak, Bradlees had over 100 stores spread across the Northeast. The discount chain set itself apart from others by serving food at lunch counters. And who could forget about Mrs. B? Those who used to go there know it wasn't a Bradlees if there wasn't a Stop & Shop nearby. 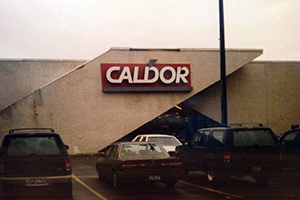 The recession in the 1970s helped Caldor expand rapidly. Known as "the Bloomindale's of discounting," Caldor was generating over $1 billion in revenue by the 1980s. The rise of stores like Target and Wal-Mart helped lead to Caldor's decline a decade later, and the company shut down its 145 locations in 1999. 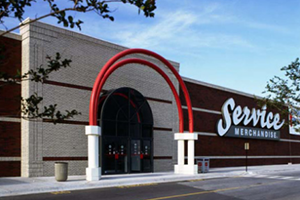 There aren't any stores like Service Merchandise anymore. The catalog-showroom retailer had stores around the country and was an early sponsor of Wheel of Fortune (back when contestants could shop). Other discount chains and the rise of online shopping were too much for Service Merchandise, and the company folded in 2002. 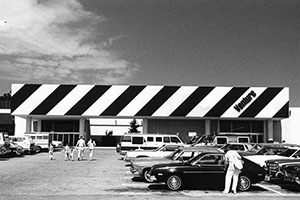 Midwesterners will remember Venture's black and white striped buildings and signs that dotted shopping plazas around the country. Even though Venture was Chicago's largest retailer at one point, it was no match for Target and Wal-Mart. The company filed for bankruptcy in 1998 and closed all of its stores the same year.

Rachelinthe208 4 months ago
I remember Zayre! That is where we bought our Atari games - and a 2xl (robot) I wish I still had!!
Like Reply Delete

ruswilinc 10 months ago
Mom worked across the street from Zayre when we were growing up and she had to sit in their snack bar waiting for Dad to get off work and pick her up there. Much of what we owned Back then was bought there.
Like Reply Delete

RB 10 months ago
I remember Zayre. As a child, about 9 years old, we lived in a house that butted up next to a shopping mall parking lot. The giant red square lettering above the roof line, as illustrated in the photo, could be seen easily from our back yard. Any time I looked up and saw Z-A-Y-R-E spelled out in uneven letters on a zigzaggy line, that's how I could figure out that I was dreaming.
Like Reply Delete

jamiahsh 23 months ago
Growing up in Ohio, I really remember Murphy Mart along with KMart. The old Murphy Mart eventually became our local Wal-Mart after (I believe) it was an Ames for a time.
Like Reply Delete

idkwut2use 33 months ago
OMG. I remember Ames & Caldor. Caldor might be the store I remember buying a couple specific things @ as a kid but can never recall the name of. My mom tells me about my great-grandma taking her to Woolworth all the time. "Service Merchandise" sounds familiar. But BRADLEES is the GOAT. There was one in Avenel, NJ across from the PathMark I was always at & right near my grandma's house, but the Clark one (now Target) was HEAVEN. I practically lived there with my mom+grandma. We alone should've kept them in business forever. Nothing compares...I'm so mad at kid-me for not taking the camcorder around that place before it went out, I loved it that much and can now only walk through it again in vivid treasured memories. ;; It had a Nathan's hot dog bar and an ICEE machine too. x3
Like Reply Delete

AndrewCraig 33 months ago
I remember Zayers, we had one in Monroville Pa. We also had service Merchandise. I worked at a store called BASCO's. It was like service merchandise. That one doesn't exist anymore either.
Like Reply Delete

ToddHuber 33 months ago
In the Cleveland area we also had Giant Tiger, Gold Circle and Best Products.
Like (1) Reply Delete

MarkSpeck ToddHuber 23 months ago
I also remember Clarkins being in the Cleveland area. There was a store not too far from me in Euclid. Also, Spartan's.
Like Reply Delete

JP 33 months ago
I do miss Service Merchandise . They had a great electronics departments and jewelry selection.

Bob 33 months ago
My mom worked at Zayre's.
Like Reply Delete

GaryFlinn 33 months ago
Where I live in Michigan, we also had Arlan's, Robert Hall Village and Yankee. 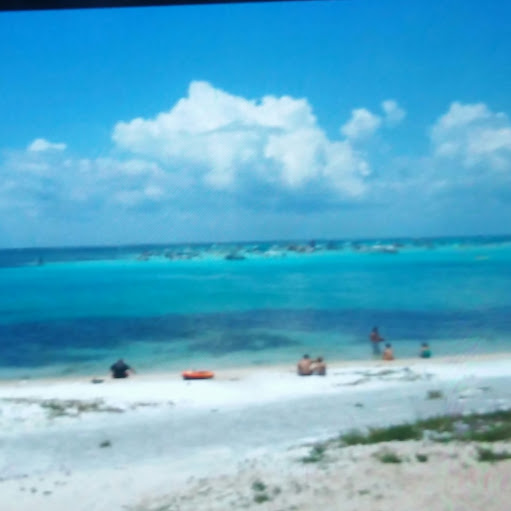 DEBRINAMARIA 41 months ago
I remember Zayre's. Also, Roses, Gaylords, TG&Y, Fred's, 5 & 10, Woolsworth, long before any WalMarts came to town. Great prices... Back in the 70's and 80's. In Alabama and some of Fl.
Like Reply Delete