Gomez donned a different kind of striped suit for moon bathing and Pugsley horrified Morticia in his boy scout uniform.

Sep 29, 2021, 10:22AM By MeTV Staff
On Now
The Addams Family Look Even Stranger Out of Their Traditional Costumes!
Up Next:
Share

Besides maybe Andy’s sheriff uniform or Fonzie’s leather jacket, it’s hard to think of more iconic sitcom costumes than the ones worn by each member of the Addams family. Gomez’s pinstripe suit, Wednesday’s white collar and, of course, Morticia’s spooky black dress are all ingrained in pop culture.

Here are six times someone in the Addams family wore something different than the costume they are most famous for. 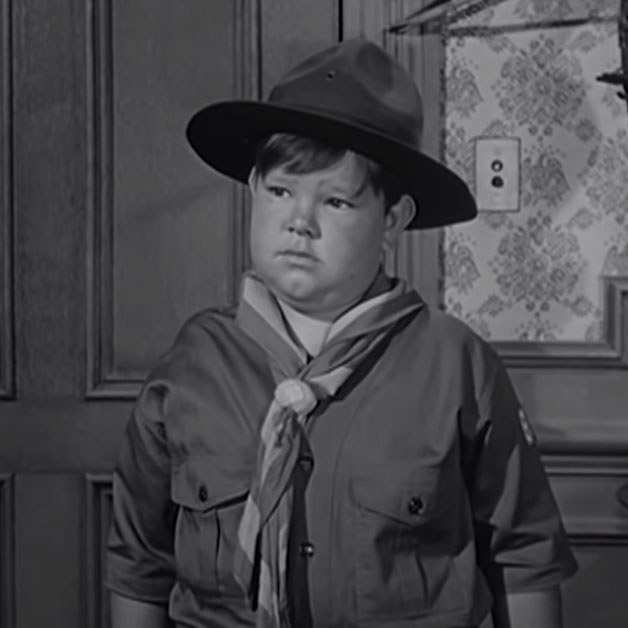 We’ll start with the most horrific outfit, at least according to Gomez and Morticia. When they see their beloved Pugsley dressed as a boy scout and reject his pet octopus in favor of a cute puppy, they fear the worst — that he’s becoming normal! As the title of the episode “Morticia and the Psychiatrist” implies, the Addams seek professional help but the therapist is just as confused as anyone. 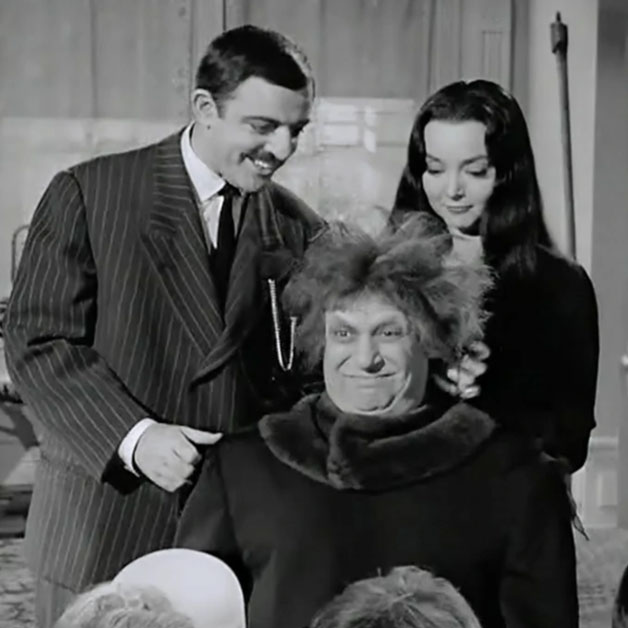 In “Uncle Fester’s Toupee,” Gomez and Morticia help Fester pick a hairpiece to impress his romantic pen pal who is coming to visit. Before picking a shorter, neater wig, Fester tries on one which matches his electric personality. Gomez even compliments him, saying he’s “the spitting image of cousin Bleak, the time the boll weevils got in his hair.”

3. Lurch’s Suit for the Butler’s Ball 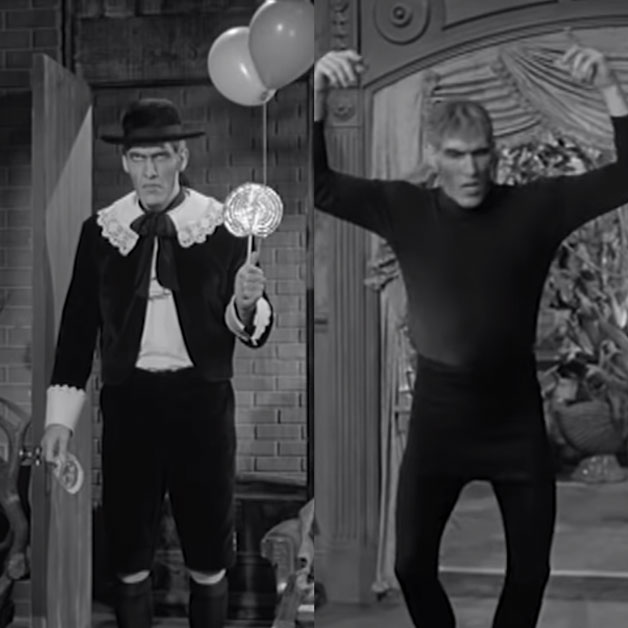 The Addams Family episodes centered around the stoic butler Lurch are fan favorites and “Lurch Learns to Dance” is no exception. After a dance teacher can’t keep from fainting, the members of the Addams family decide to show Lurch a few steps to prepare him for the Butler’s Ball. Wednesday even picks out his outfit, a “Little Lord Fauntleroy” suit complete with hat and giant lollipop. An earlier scene with Lurch in ballet tights is also worth an honorable mention. 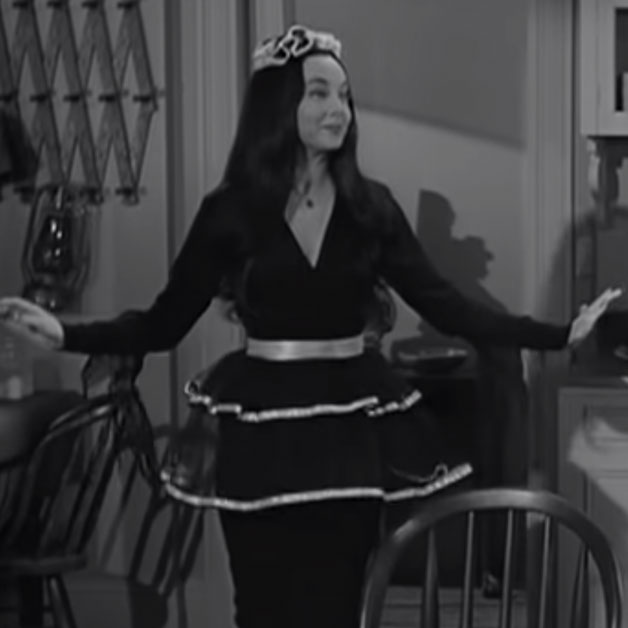 Another great Lurch episode is “Mother Lurch Visits the Addams Family.” Ellen Corby, a few years before becoming Grandma Walton, guest stars as Lurch’s demanding mother. Gomez and Morticia decide to play along as a butler and maid so Lurch can pretend to own the house to impress his mom. Gomez gives up his pinstripe suit for a butler’s bowtie and Morticia dons an apron and hat. 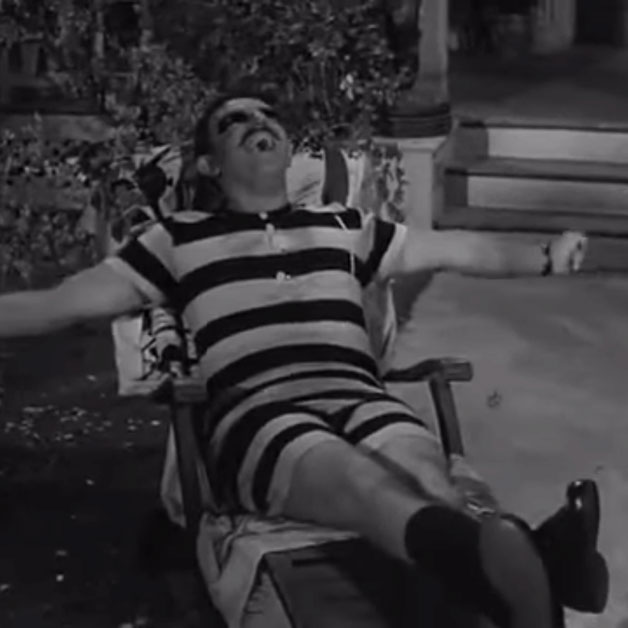 In “Uncle Fester’s Illness,” the normally electric Fester can’t seem to conduct a current. Morticia suggests moon bathing to make him feel better and while Fester isn’t sure, Gomez can’t wait. Gomez even breaks out his striped moon bathing swimsuit for the occasion. 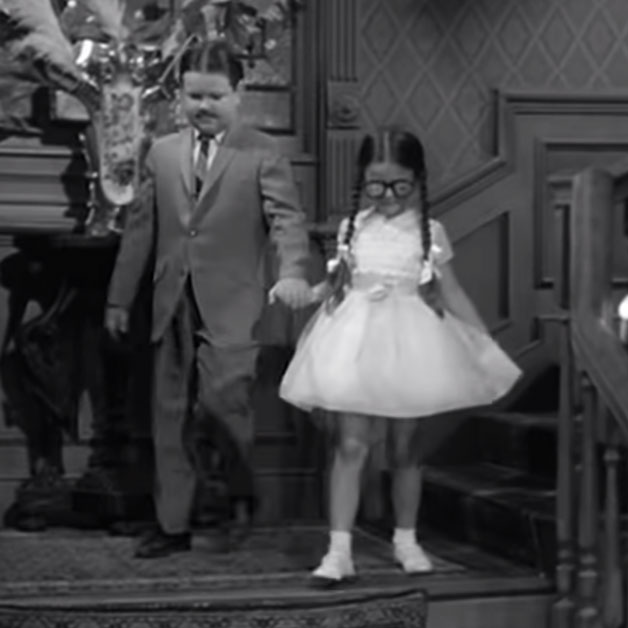 If any show needs to have a Halloween episode, it’s The Addams Family and the iconic sitcom actually has two, one in each season. The first one, “Halloween with the Addams Family,” features Pugsley and Wednesday dressed up in the scariest costumes they can think of. Pugsley sports a suit and tie and Wednesday wears a cute poofy skirt with matching bows in her hair. Gomez and Morticia are, of course, aghast. Grandmama proudly declares “They’ll scare the wits out of people!” 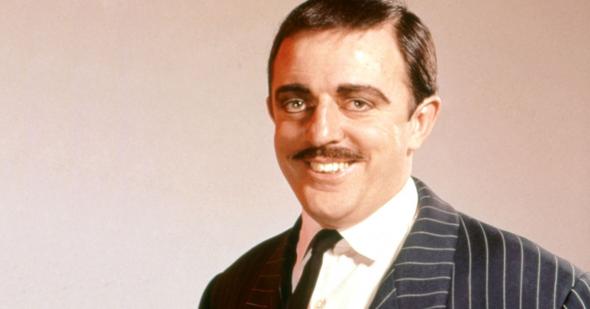 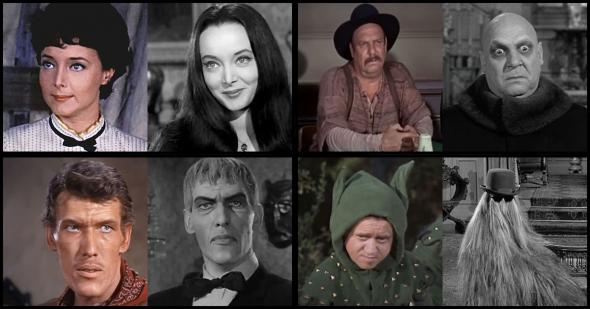 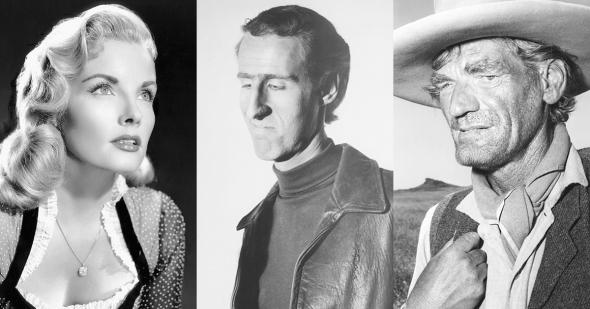 Did you know?
See the people who nearly played the original Addams Family
Are you sure you want to delete this comment?
Close 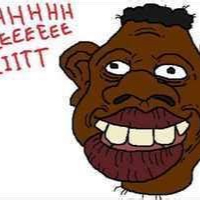 vinman63 3 months ago
When Wednesday wore the Morticia dress and couldn’t curtsey.
Like Reply Delete

scott 3 months ago
This show deserves more credit in the cultural zeitgeist than it has ever received. As do the writers and actors.
Like (1) Reply Delete

Runeshaper 3 months ago
All of these outfits are GREAT! (-:
Like Reply Delete

SheriHeffner 3 months ago
I thought the children looked cute in their Halloween costumes.
Like (1) Reply Delete

Pacificsun 3 months ago
#1 - No, they don't fear him becoming normal. The Addams Family considers that everyone else is odd. That's the beauty of the premise!
Like (3) Reply Delete
Load previous comments

Pacificsun Moriyah 3 months ago
When we used to write them for the Fan Club Cafe, I'd start with Wiki. And then for trivia I'd go to fan sites. And IMBd also has a trivia and goofs section. Wiki often had other links included. And you can just Google stuff. Official Fan clubs have interesting backstories. In a way, I'm suggesting you do the work kind of like a MeTV Staff Writer would, but the nice thing is, you have a good place to post because you're creating more interest in a Show that MeTV is running! And then there might be conversation around what you put out there. You could start with you favorite episode and try to find out more about it. In fact, are there any books out there about Gomer Pyle (the Show), I've never thought to look. But I know there's a ton of stuff about the interest which I follow. But I like to research anyway and have the time for it, perhaps you don't because of school and working towards your career goal.
Like (1) Reply Delete

Moriyah Pacificsun 3 months ago
You know what, I'm gonna try that. But what should I put as the subject of the email?
Like Reply Delete

Pacificsun Moriyah 3 months ago
Okay, here are some ideas for writing a profile on the character. Interesting tidbits and details. (Don't forget to credit your sources)!

Nabors appears in 23 episodes TAGS
Gomer Pyle ran from 1964 – 1969
TAGs – Started as a mechanic at a Filling, but wanted to go to college to be a doctor.
He had to learn how how to diagnose cars problems
His shortcoming outweighed by his gentle generous spirit
Birthday Feb 26 (self-admitted) Can you figure out the year?

Hope the exploration is fun, and helps out to further the interest!!

Let me know if you have questions!

Moriyah Pacificsun 3 months ago
Thanks! And I also heard that the Gomer Pyle cast goes on tour to different cities across the country, and I hope they come to my city soon!
Like (1) Reply Delete

WordsmithWorks 3 months ago
Other iconic sitcom costumes? How about "Gilligan Island's" outfits for Skipper, Gilligan and the Professor? Sure, they were shipwrecked on the island, but the outfits for Ginger, Mary Ann and the Howells kept changing.
Like (1) Reply Delete

Pacificsun WordsmithWorks 3 months ago
OMG, imagine reporting to work everyday for 2 years wearing the same costume. They probably made an agreement with the actors they'd find a way to change out what they wore once in awhile. Ginger would've been the hardest. But who in the world would've taken ANY clothes (except a sweater) on a 3 hr. cruise. I think it's the only thing Sherwood Schwartz has been forgiven for, the unexplained wardrobe!!
Like Reply Delete

Coldnorth WordsmithWorks 3 months ago
Skipper and Gilligans clothes never fade especially the red. If only my clothes didn’t fade.
Like Reply Delete

AgingDisgracefully 3 months ago
I hope Trish didn't speak French in her maid's outfit.
Like Reply Delete

Moverfan AgingDisgracefully 3 months ago
At least not when Gomez could hear because then...well, it doesn't bear thinking about. But, although it isn't her usual choice of daytime attire, Madame Addams looks lovely as always.
Like Reply Delete