We had robots, lasers and portable music back in the day, thank you. 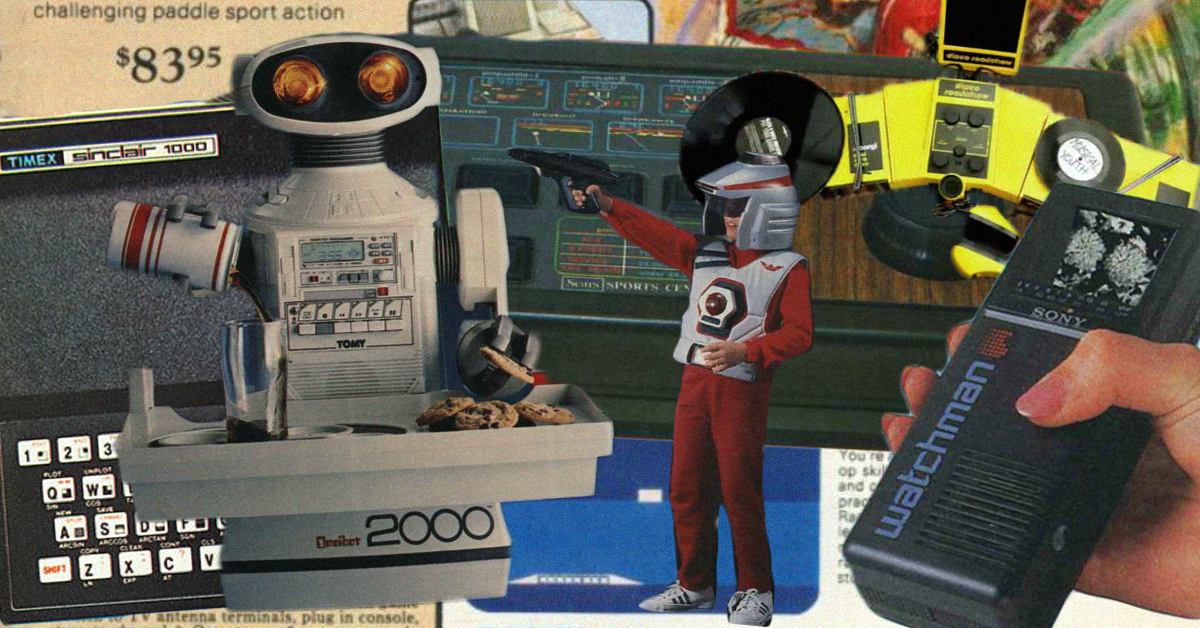 Kids today must think we were living in the Stone Age back in our day, three or four decades ago. While we certainly did not have the internet at our fingertips, or an all-in-one movie studio and telecommunications device in our pants pocket, there was a lot of cool portable technology out there.

In fact, a lot of these high-tech gadgets were cooler than much of what you see today.

We were fortunately enough to have a couple of these things, but some remained Christmas dreams. This stuff could get expensive. 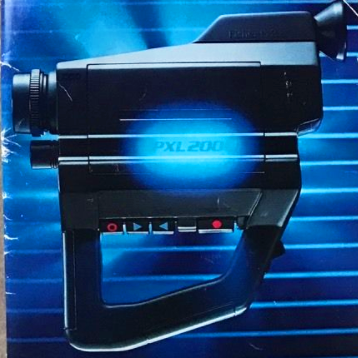 Fisher Price is best known for its toddler-safe plastic playthings in bright primary colors. But the toy giant got into the filmmaking game with this, the holy grail of arty 1980s camcorders. The PXL-2000 hit shelves 30 years ago. The coolest thing? The camera recorded onto ordinary audio cassette tapes. The results were lo-res and grainy, but in a rather beautiful way. Plus, it was sold for $179 (about $383 today), which made it much more affordable than a typical VHS camcorder. 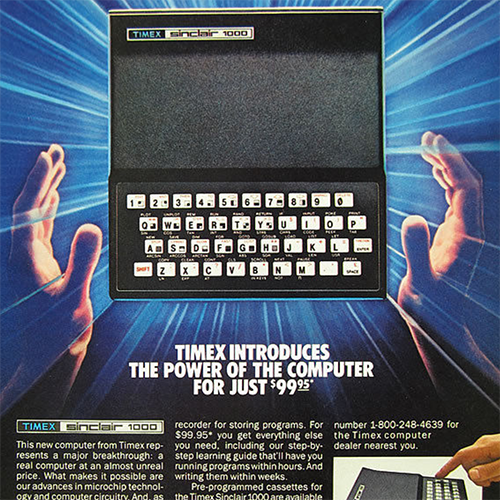 The PXL-2000 was not the only awesome alternate use for audio cassette tapes. Timex entered the home computing arena in 1982 with the Sinclair. The tiny computer hooked up to a television, and used cassettes as its storage drives. The keyboard had a flat, sleek design which seemed far ahead of its time. With just 2KB of memory (that is not a typo, kids) it couldn't do much, but it did give kids an intro to BASIC programming. 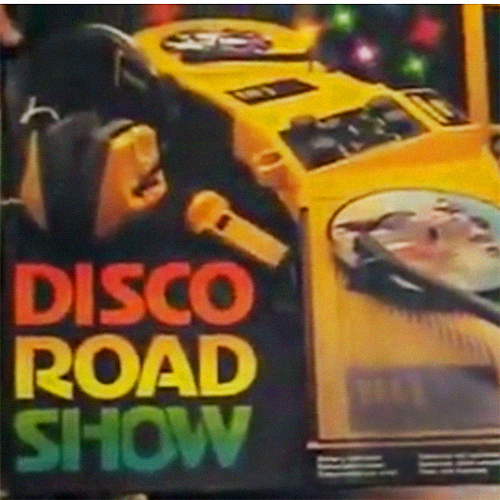 Honestly, we had never heard of this until recently, but oh how we want it. The Corgi Disco Road Show was a portable set of turntables and mixer to introduce kids to the joys of DJing. Check out this cool video of it being unboxed. This 1978 gem could probably fly off the shelves today. 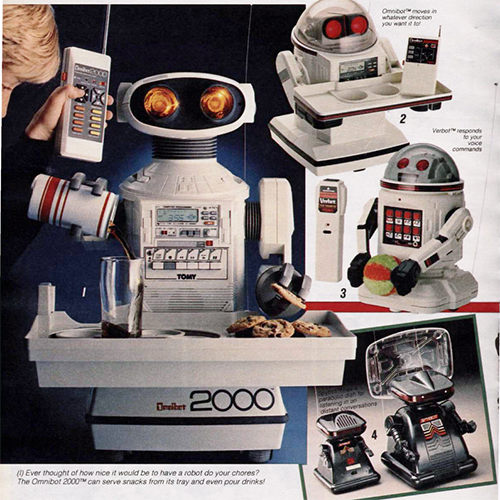 After movies like Short Circuit and Space Camp, every kid wanted a robot pal. If you had the money, they were available. The Omnibot 2000 was the top of the line, with the ability to move over any surface — "even shag carpeting." (An important note in 1986.) The big daddy cost an astounding $499, a little more than $1,100 today. But was that too much to pay for a robot that would bring you cookies? Middle-class kids could settle for the Verbot, the cute dome-topped guy on the right. He only cost $60. 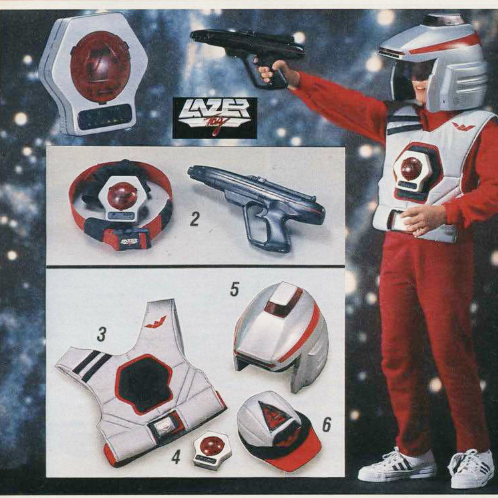 Most of us had to go to Lazer Tag arenas in strip malls to zap each other. However, the lucky few got this complete kit, which made you look like some trooper from Battlestar Galactica. 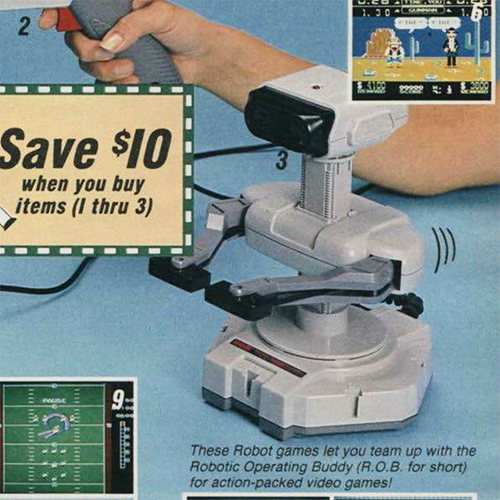 While we're on the subject of robots, we should mention R.O.B., the "Robotic Operating Buddy" who came in the deluxe edition of the Nintendo Entertainment System. His function was to largely spin tops for the game Gyromite, a sort of Donkey Kong with an Einsteinian hero. Nintendo recently relaunched its classic NES, which was sold out for months. R.O.B. was not revived. 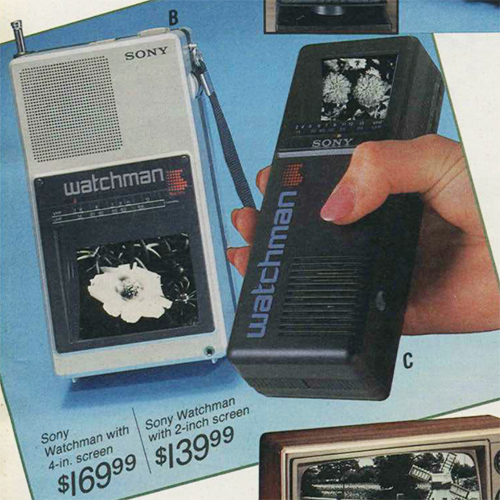 Sure, the Walkman was cool, but the Watchman? Oh, boy, you could put ALF in your pocket! 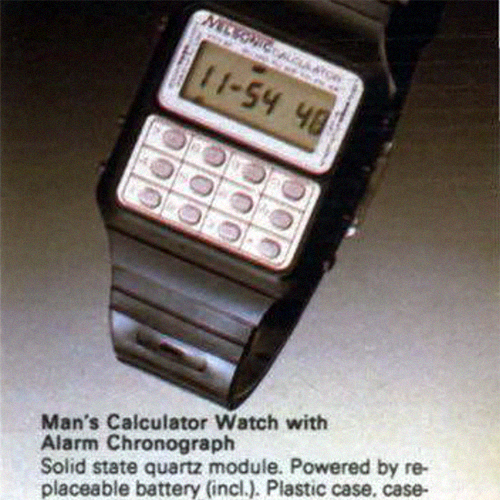 Don't try and tell us this was for nerds. Deep down, everybody wanted one. 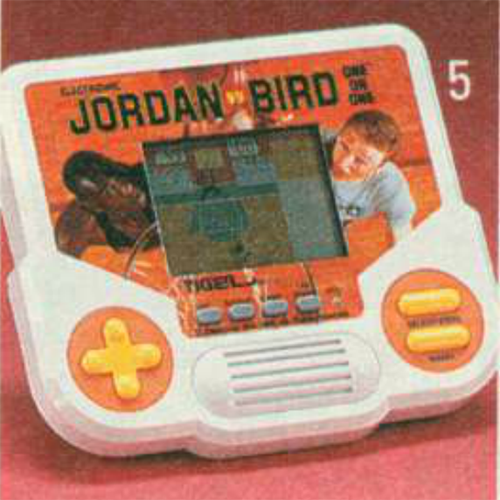 There were dozens of options for handheld electronic games, but something about the classic matchup of Michael Jordan and Larry Bird really puts this one over the top. You will notice the "court" was Celtic green, giving Bird a home court advantage. 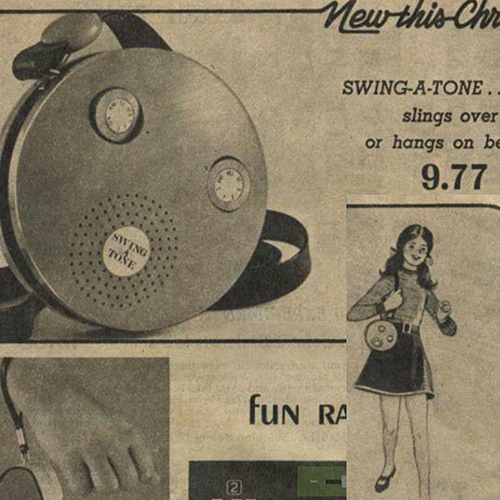 Okay, now we're rewinding the clock a bit, back to 1972. The Swing-A-Tone was a shoulder-slung radio, but it also had hidden compartments for carrying cash and candy. So in a way, it was a purse that played music. You can't store Life Savers in your iPhone! Yet. 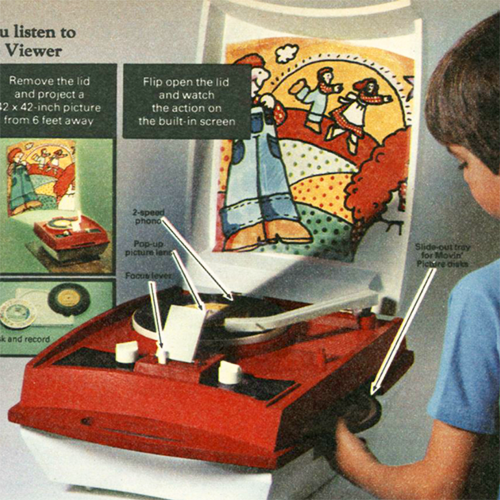 Vinyl has made a major comeback. However, we have yet to see a revival of the Phonoviewer, which projected images while it played records. That is awesome. 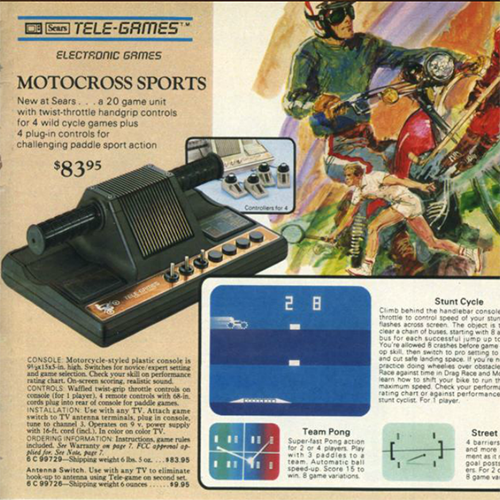 Of course, video game systems were all the rage. We did not put Atari cartridge consoles on this list, as they are rather obvious. Instead, we wanted to remember those hyper-specific consoles dedicated to certain sports. This one comes from 1977, the heyday of such devices. You gripped handlebars to rev your bike. Of course, it could still play Pong. Everything had to play Pong. 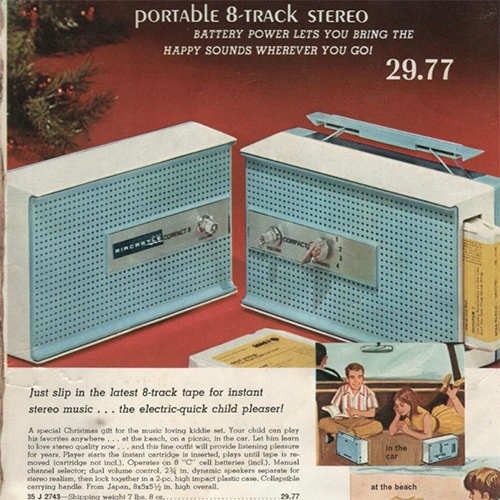 The boombox was not an Eighties invention. A decade earlier, we could rock out with this 8-track system on our shoulder. We love the design and baby blue color of this baby. 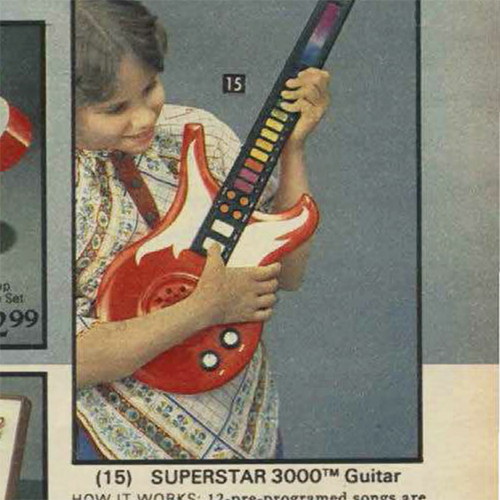 It's like the popular Guitar Hero video game, but without the pressure of mashing buttons in time. The Superstar 3000 could store a dozen songs. We'll assume one of them was by Andy Gibb. 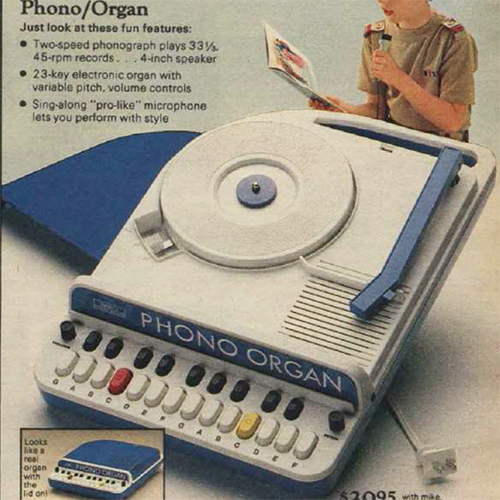 Yes, we are quite fond of the musical tech toys. The Phono/Organ was more than a portable keyboard and turntable — it was a karaoke device. We could see some hipster using this onstage today.

Dario 2 months ago
The Sony Watchman needs to be revived right now. BRING BACK ANALOG TV, AMERICA!!!!!
Like Reply Delete

idkwut2use 24 months ago
Love my 101 Dalmatians Tiger handheld game. x-3 Those things are just so cute with the artwork around each one.
I'll be forever in love with VideoSmarts and ComputerSmarts, though!
Like Reply Delete