Where To Watch Shop Store Contact
Home / Stories / 11 out-of-this-world facts about 'The Outer Limits'
Did you know?

11 out-of-this-world facts about 'The Outer Limits'

Caution: One of these images was deemed too scary for 1960s TV. 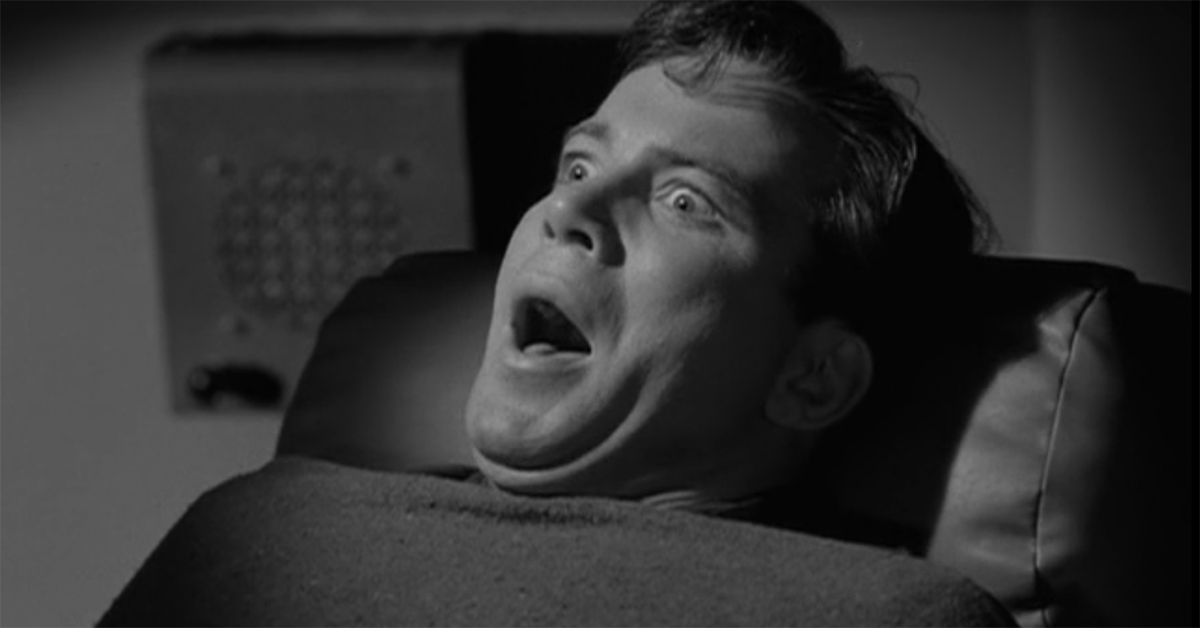 Along with Star Trek and The Twilight Zone, The Outer Limits is part of the holy trinity of 1960s television sci-fi. Though, it is easily the most overlooked of the three.

Which is strange, considering its pedigree. The 1963 show ran for just two seasons, yet featured the work of the most talented cinematographers, special effects gurus, fantasy writers and actors of the day. The anthology series is often compared to (and confused with) The Twilight Zone, but there are some key differences.

For starters, The Outer Limits episodes were all one-hour long. While Rod Serling's creation could slip into moments of whimsy and comedy, The Outer Limits largely stuck to unsettling monsters and hard science fiction.

Half a century later, The Outer Limits will still send a chill up your spine and dazzle you with its craft. Let's take a look at some fascinating facts about this influential TV show.

1. It's original title was 'Please Stand By' 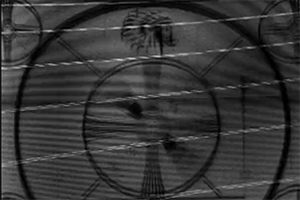 That name was scrapped, as the network featured audiences would mistake the opening credits as an emergency broadcast of interruption of service — especially considering the images of test patterns in the intro. This was the Cold War, after all, and Americans were on edge. 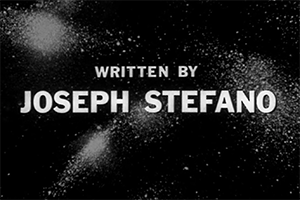 Great television shows begin with great writers, and The Outer Limits had a legendary stable. Robert Towne, who nabbed an Oscar for his Chinatown script, wrote "The Chameleon." Genre master Harlan Ellison contributed a couple brilliant teleplays. Series producer Joseph Stefano wrote more episodes than anyone. He had just come off writing the Psycho screenplay for Alfred Hitchcock.

3. One episode was censored for being too frightening. 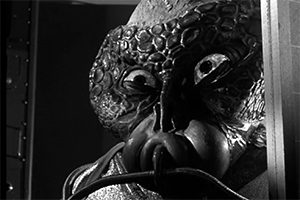 "The Architects of Fear" features a particularly gruesome beast, the monstrously altered form of Allen Leighton (Robert Culp). Some ABC affiliates found the creature so disturbing, they opted to insert a blank black screen instead of the "Thetan." In other markets, footage of the Thetan was held back until after the 11 o'clock news. Of course, today it's not so scary, right?

4. The series also utilized one of Hollywood's greatest cinematographers. 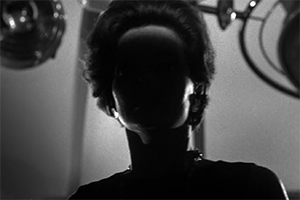 Members of the International Cinematographers Guild named Conrad Hall one of the top ten cinematographers in history. He lensed everything from Butch Cassidy and the Sundance Kid to American Beauty (winning Oscars for both, by the way). You can also ogle his beautiful work in 15 episodes of The Outer Limits — including "The Architects of Fear."

5. Many monsters were recycled on 'Star Trek.' 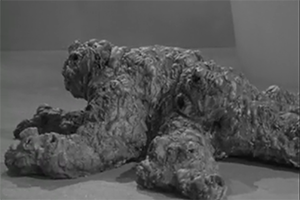 After The Outer Limits ended in 1965, many of the cast and crew went on to work for Star Trek. And that includes some of the fantastic monsters. The massive "microbe beast" seen in the final episode, "The Probe," went on to become the Horta in "The Devil in the Dark." That's him pictured here. A couple Outer Limits creatures can be spotted in cages in the pilot episode "The Cage." Oh, and the technique used to make the pointy ears in "The Sixth Finger" would go to great use in Star Trek.

6. Shatner and Nimoy appeared on 'The Outer Limits,' too. 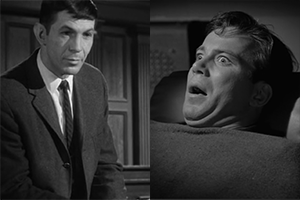 Before they became Spock and Kirk, these two icons worked in separate episodes, "I, Robots" and "Cold Hands, Warm Heart," respectively. James Doohan also starred in an episode ("Expanding Human").

7. 'The Terminator' was sued for plagiarism of the episode "Soldier." 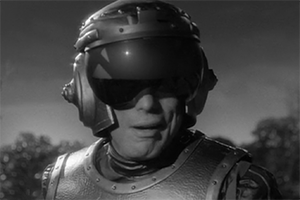 See if this plot sounds familiar. A soldier from a dystopian future — "a future where men are machines born to kill" — is sent through time, arriving on a city street in an electrical storm. He is followed by his enemy, another killer from the future. Harlan Ellison wrote "Soldier," the season-two premiere. Two decades later, when he saw The Terminator, Ellison would file a lawsuit against the film's studio, Orion Pictures. Director James Cameron conceded the influence, and Ellison was awarded money and credit on the movie.

8. The network foolishly moved the show to a new time slot in season two. 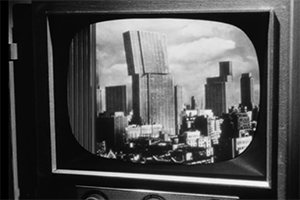 The show was a hit with young audiences in its first season. However, ABC moved the series to Saturday evening as the lead in to The Lawrence Welk Show. Talk about a generation gap. The opposition, Jackie Gleason and his American Scene Magazine, drubbed The Outer Limits in the ratings. Kids want to be out on a Saturday night. The show was canceled midway through season two.

9. The monsters were referred to as "The Bear." 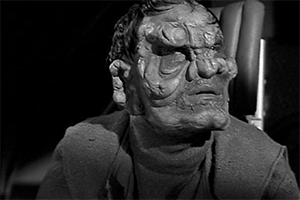 In the parlance of the production, the creatures were called "the Bear." Most of the episodes feature a "Bear" of some sort. Just something to keep in mind if you want to discuss the show and sound like an expert.

10. Some episodes were filmed at interesting homes. 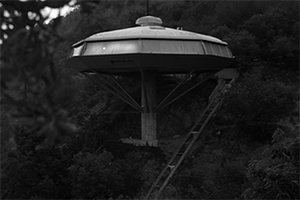 You likely recognize the iconic Chemosphere house in the hills above Los Angeles. The UFO-like home has turned up on dozens of Hollywood productions. However, The Outer Limits was first screen production to feature the architectural marvel, built in 1960. Look for it in "The Duplicate Man." Additionally, some episodes were filmed in producers Joseph Stefano's home, glamorously named Villa De Stefano. 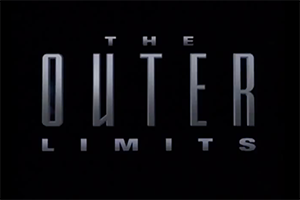 Showtime revived the series in 1995. The reboot had a far more fruitful run, lasting through 2002, on both the pay cable channel and Syfy (then called the Sci-Fi Channel). Leonard Nimoy even appeared in the remake of his original episode, "I, Robot."

QUIZ: CAN YOU NAME THESE CELEBRITIES ON 'THE TWILIGHT ZONE'? 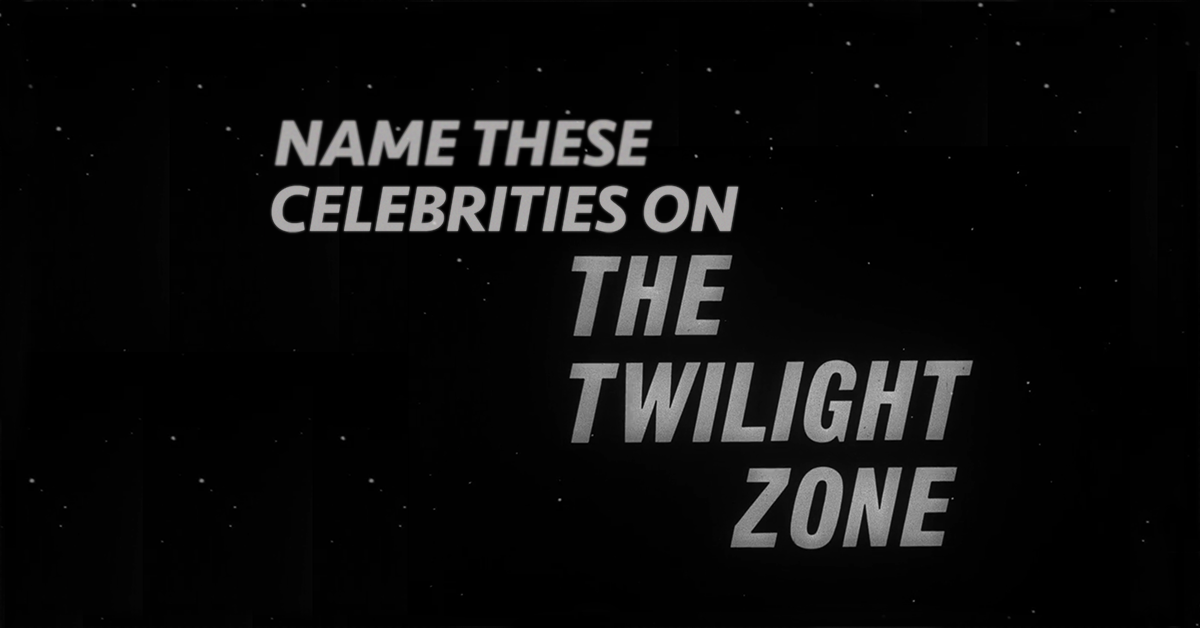 Comedians and sitcom stars turned up in these eerie tales. TAKE THE QUIZ

LittleMissNoName 27 months ago
I like to see this and Battlestar Galattica(original) make their way back to the late night sci-fi schedule.
Like Reply Delete

TheJuneauRaven 31 months ago
Oh boy, I still love this show. Sat in front of the TV, an impressionable 4 year old, and the show mostly SCARED THE PANTS OFF OF ME at that age. One fright of memory was "It Crawled Out Of The Woodwork" where an energy creature is born out of a vacuum cleaner, then is used to literally scare victims to death. The head of an evil company (Norco) then revives the victims and installs cardiac pacemakers, threatening to turn the creature loose on them again if he doesn't get his way. The Architects of Fear, Fun and Games, Nightmare, A Feasability Study, The Man Who Was Never Born and Ellison's stellar "Demon With A Glass Hand" are so profoundly good, one cannot help but remember that they've seen them. And generally, the "bears" were more human than the humans themselves in each episode.
Effects today render some of the shows laughable, yet so much can be said for the brilliant writing, acting, direction, lighting, and musical score of each episode. I stand by this even today, so many years later as one of the best science fiction shows of all time. No longer scared so many years later, but I am still in awe of what Daystar productions was able to create on a weekly basis so long ago.
Like Reply Delete

JoeSHill 48 months ago
The ABC Network's treatment of "THE OUTER LIMITS" was monumentally stupid in every respect because the executives knew how popular that the show was, but ABC unwisely took it off its Monday evening timeslot and replaced it with "VOYAGE TO THE BOTTOM OF THE SEA" in Fall 1964, and Joseph Stefano along with Daystar Productions' executive/associate producer Dominic Frontiere-also the music composer for the series (among many) all left the series to film a CBS pilot called "THE HAUNTING" (1964) previously released by Kino Lober, which Villa Di Stefano Prods. and United Artists TV had produced, so the withdrawal of the first season crew had forced "THE OUTER LIMITS" to become a whole new deal under Ben Brady (producer of CBS's "PERRY MASON" and "RAWHIDE" series) who used Harry Lubin ("ONE STEP BEYOND") as the music composer for the show's remaining 17 episodes, but hand-picked writers like Harlan Ellison and others, like Sam Newman & Seeleg Lester, who were responsible for the impressive two-parter, "The Inheritors" which was an amazing feat of brilliant writing and storytelling of the highest, but ABC's stupidity was unforgivable and blatant (they actually wanted to give "THE TWILIGHT ZONE" another season) and United Artists Television officially syndicated "THE OUTER LIMITS" in 1965 after the network cancelation (they replaced the series with "THE KING FAMILY" variety series) and that is how a brilliant sci-fi anthology ended! as for Showtime and MGM Television's 1995 revival of the series, it was a pathetic piece of garbage "made in Canada" version that just couldn't hold a candle to the original ABC series, and the ultimate insult that MGM, Trilogy, and Atlantis did in their version was taking away Leslie Stevens & Joseph Stefano's creative control, which explains why this bastard version deviated with a pathetic credit opening and lousy music, and the cheap Canada route, proving that no remake can succeed an original, which is something that just didn't work with either remakes of "THE TWILIGHT ZONE" and "THE OUTER LIMITS"-total waste of time!
Like Reply Delete

ndebrabant 50 months ago
Leave it to the suits to kill off a good thing.
Like Reply Delete