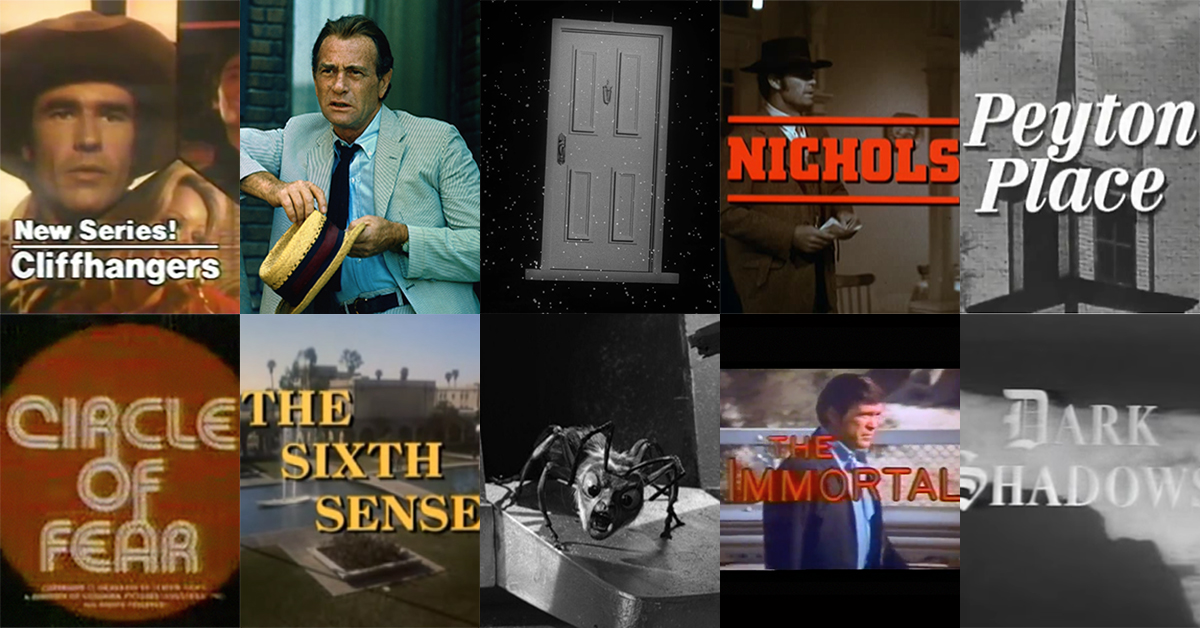 Twin Peaks remains one of the strangest series in network television history. The hallucinogenic noir filled its sometimes baffling episodes with omninously beautiful music, quirky characters, reverse dialogue and a mysterious sense of place. There was nothing else like it on the small screen in 1990–91. What else would you expect from the mind of David Lynch?

That being said, it was certainly not the first TV show to get weird. Twin Peaks was part of a lineage of eerie-cool television dating back to the 1950s. The show itself was steeped in TV history. A one-armed man named Gerard was an obvious nod to both the killer and the law enforcement officer in The Fugitive (1963–67). Lynch and co-creator Mark Frost, a writer from Hill Street Blues, binged on the Sixties progressive soap opera Peyton Place for inspiration. This sort of homage is part of Lynch's toolbox, as the director routinely transforms Hollywood nostalgia into a dark dream state.

So, as we here at MeTV are all about vintage television, we thought we'd explore some of the brilliantly boundary-pushing TV shows of the '50s, '60s and '70s. Without them, Twin Peaks might not have been made.

For those who love: The overall eerie sense of dread

Of course, we have to begin with the original. Rod Serling's anthology series set the mold for unnerving TV, blending sci-fi, horror and philosophy in its twisty tales. A few episodes in particular strike us as particularly Lynchian. Those who savor the small-town hysteria of Twin Peaks should gobble up stories like "The Monsters Are Due on Maple Street" and "Stopover in a Quiet Town," pictured here. Laura Palmer lovers must see "Little Girl Lost," in which a young girl passes into another dimension. If you can't shake the image of Agent Cooper smashing his head against a mirror, well, get a load of "Mirror Image." 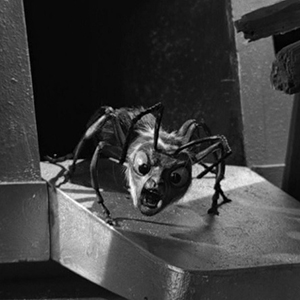 For those who love: The Black Lodge

The source of evil in Twin Peaks is the Black Lodge, the extradimensional place in the woods that Killer Bob calls home. The Outer Limits is often compared to The Twilight Zone, rightfully in terms of quality and influence, but it takes a more outright monster-horror approach. If Bob creeps you out, you definitely need to see the unsettling man-faced ants in "The Zanti Misfits." We bet a young Lynch saw that one. 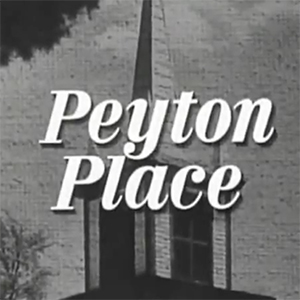 For those who love: The edgy, knotty soap opera in a small town

Soap operas are known for their salacious romance, shocking deaths, and complicated family sagas. Much of that started with Peyton Place, which amped up the soapiness of soap operas to levels that had some clutching their pearls. Inspired by Peyton Place's setting of a small mill town, Lynch and Frost decided to first develop the town of Twin Peaks before its citizens. 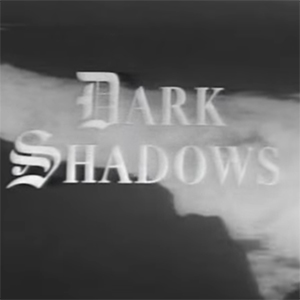 For those who love: Soap operas with a supernatural twist

Dark Shadows took the melodrama of Peyton Place and spiked it with… well, a stake through the heart. Boomer teenagers adored this dark daily diversion, which introduced vampires to soap operas. Barnabas Collins, the vampiric anti-hero at the heart of Dark Shadows, in some ways inspired the first wave of goth kids. Just like Twin Peaks, this was a mainstream show for outsiders. 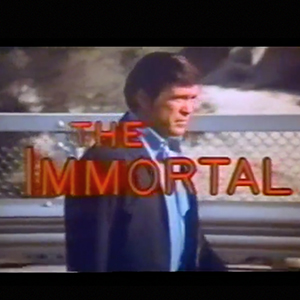 For those who love: Bizarre plots

Now we dip into some lesser-known shows. This ABC series centered around a "virtually immortal" man with powerful, antibody-rich blood. Eccentric billionaires who lust for their own immortality chase "The Immortal" around the country, trying to steal his cure-all blood through transfusions. They even use computers to track his movements. It's a bizarre series for 1970, based on the writing of sci-fi master James Gunn. 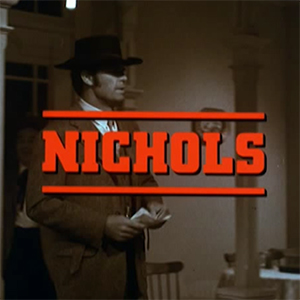 For those who love: Baffling endings

This overlooked James Garner gem, made between Maverick and The Rockford Files, might not seem particularly Lynchian — until you reach the finale. Sure, it's rather atypical on its surface. Nichols was a Western with a sheriff who rode a motorcycle instead of a horse. In the finale, Nichols' darker twin brother (Garner with a mustache) shows up and kills the main character. The killer new Nichols then rides off, teasing he might return "some time." It was both a definite ending and a potential set-up for a sequel. It brings to mind Agent Cooper's own doppelgänger who closes season two of Twin Peaks on such a mysterious note. 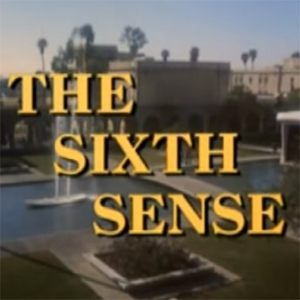 For those who love: Criminal investigations into the paranormal

Agent Cooper saw dead people, and so too did Dr. Michael Rhodes and Nancy Murphy, the lead characters in this. The episodes were populated with amnesiacs, psychics and phantom horses. The Sixth Sense was later chopped up and recycled as entries into Rod Serling's horror anthology series Night Gallery. 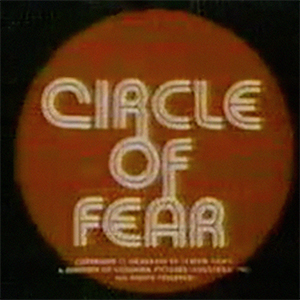 For those who love: Doppelgängers, spirits and strange characters 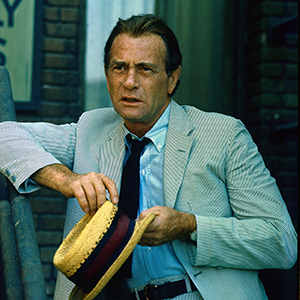 For those who love: Quirky protagonists like Agent Dale Cooper

Darren McGavin, best known as the dad in A Christmas Story, starred as the titular Kolchak, a reporter with a nose for the supernatural. The series would have heavy influence on The X-Files, but there are definitely some threads of Twin Peaks here, too. For all the dark supernatural stuff happening around him, McGavin remains charmingly comedic, much like Agent Cooper. They'd get along just fine. 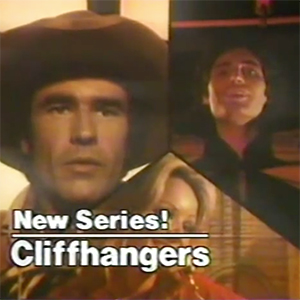 For those who love: A kooky take on nostalgia

Twin Peaks spruced up the crimes and characters of film noir, films like Double Indemnity, with a postmodern flair. Lynch paid tribute to his beloved lounge crooners and cops of old, while turning conventions on their head. Similarly, this oddity attempted to revive a lost artform — the film serial. The series bundled three short ongoing series. "Stop Susan Williams" centered around a journalist who stumbles upon a vast conspiracy while trying to solve her brother's murder. Meanwhile, "The Curse of Dracula" followed the modern exploits of ol' Count Dracula as he taught college in 1970s San Francisco.