It was the heyday of the action figures, video games, Eastern European puzzles and talking bears. Here are the most popular toys from each year of the decade. 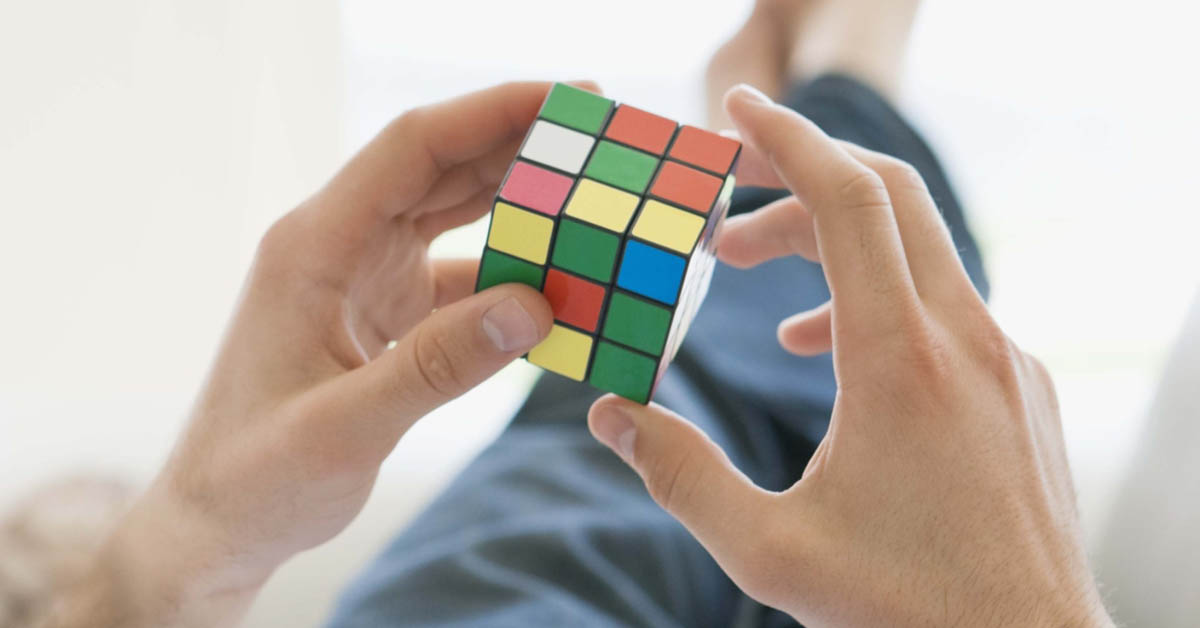 The action figure reigned supreme in the Reagan Era. After the 1970s created the fervor for Star Wars toys and Atari, children spent the 1980s listening to synth-pop while playing with their little plastic heroes, ponies and video game cartridges. There were countless franchises for boys and girls, from M.A.S.K. to Strawberry Shortcake, each with a cartoon to help promote it.

Such an abundance of toys filled the aisles that this list does not contain the likes of G.I. Joe (reintroduced in 1982 with its A Real American Hero line), Pound Puppies or My Buddy. We flipped through the wish books of the past to find the most-desired toy for each holiday season in the decade. Certainly you had some of these — or raced to buy them for your family. 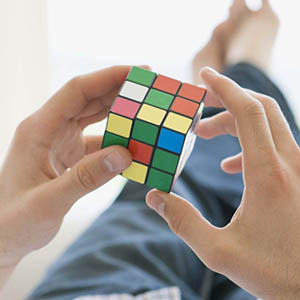 The brilliant Hungarian puzzle was developed by Ernő Rubik in the mid-1970s and presented at toy fairs at the dawn of the decade. It would go on to become the best-selling toy of all time, shipping a third of a billion units. The current record for solving the 3x3 cube is 4.9, by the way. We are not ashamed to admit we moved the stickers around after getting stuck. 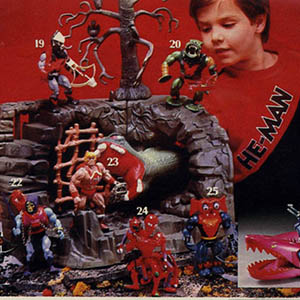 Mattel's He-Man toys hit the shelves a year before the popular animated series. In those early cartoon-less months, we wonder what kids yelled instead of "By the power of Grayskull!" Whatever came to their imagination, we suppose. Core characters like He-Man, Skeletor, Man-At-Arms and Battle Cat hit the stores first. More creatures — and the She-Ra spin-off line Princess of Power — followed shortly thereafter. 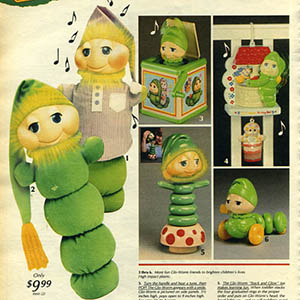 When squeezed, the plush green bodies would illuminate the plastic head with a light inside. The doll was such a hit with the younger set, it spawned dozens of other products, some you can see here. 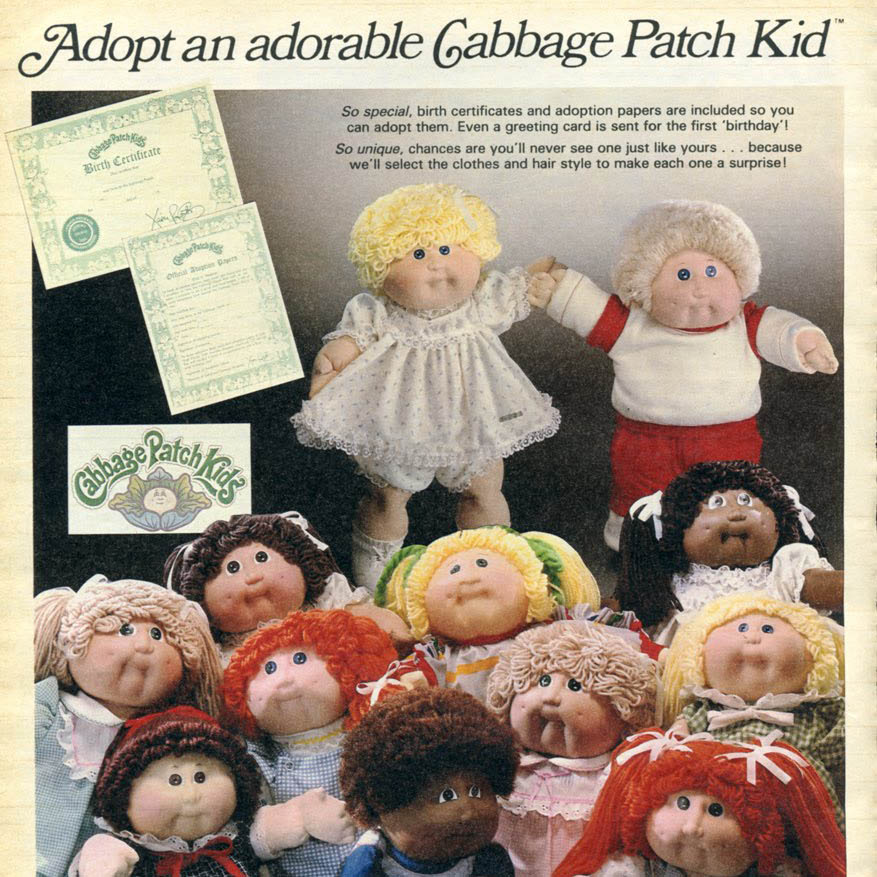 Xavier Roberts began selling his chubby-cheeked baby dolls in north Georgia before licensing them to Coleco in 1982. By 1983, parents were knocking down doors to get their hands on the things, creating one of the first true toy crazes of the modern era. Kids too cool for the cute things would have to wait until 1985 to collect the parodying Garbage Pail Kids. 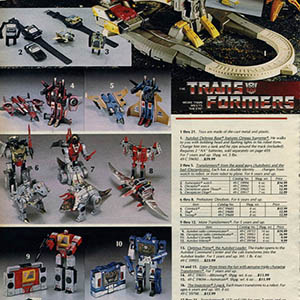 Tonka's Gobots hit toy stores months before Hasbro's Transformers, but being first doesn't always mean victory. Who would have guessed that these vehicular (and dinosaur and cassette player) robots would spawn four blockbuster movies… and counting. The fifth is on the way in 2017. 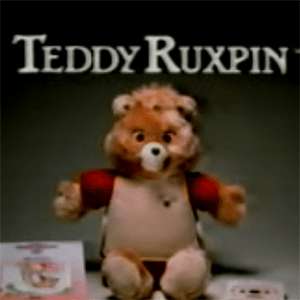 Talking dolls were nothing new. Chatty Cathy was one of the most popular Christmas toys of the 1960s. But the cassette deck tucked away in Teddy's torso made the bear a more mystical storyteller. He mouth would move even if you put heavy metal tapes in your little sister's Ruxpin. Not that we did that. It was a, er, friend. 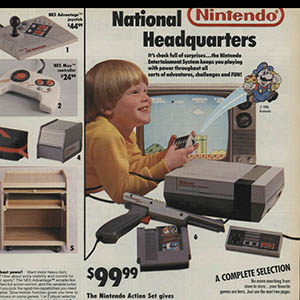 For all the advancements in graphics, the 8-bit visuals of Super Mario Bros. remain the perfection of the medium. Upon launch, the sytem game with a bunch of peripherals, such as the NES Zapper light gun (for Duck Hunt) and a gyroscope-spinning robot named R.O.B. (for Gyromite). 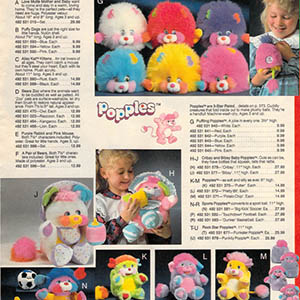 Susan Trentel, a toy designer for TCFC, is the unsung genius of 1980s playtime. She worked on prototypes for Strawberry Shortcake and Care Bears (which would have made this list if not for Cabbage Patch Kids). She then dreamt up Popples based on rolling up socks, reportedly. This colorful mishmash of hedgehog, bear and koala were hot for just a couple years, but the fever was high. 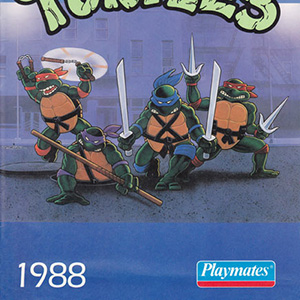 The cult comic book premiered in 1984, but hardly put a dent in Marvel or DC sales. When the action figures were presented to potential manufacturers, many toy companies turned them down. Playmates wisely took a chance on what became one of the most popular lines of all time. 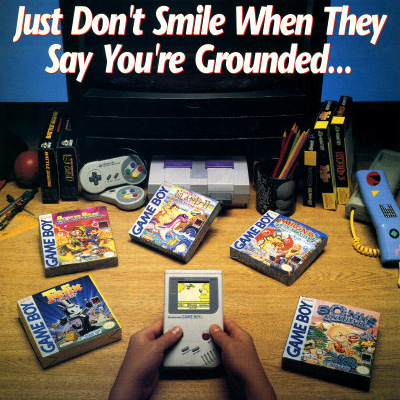 Yep, Nintendo again. A few years removed from their massive NES, the Japanese company launched this handheld pioneer. Most picked one up to play the ultimate puzzle game Tetris, a nice way to bracket a decade that began with the Rubik's Cube. Thanks to those falling blocks and the catchy digital soundtrack, millions of people can now whistle the Russian folk song "Korobeiniki."