From unknown actors who rocketed to fame to major stars who took a chance on a TV script, this is what it took to get cast. 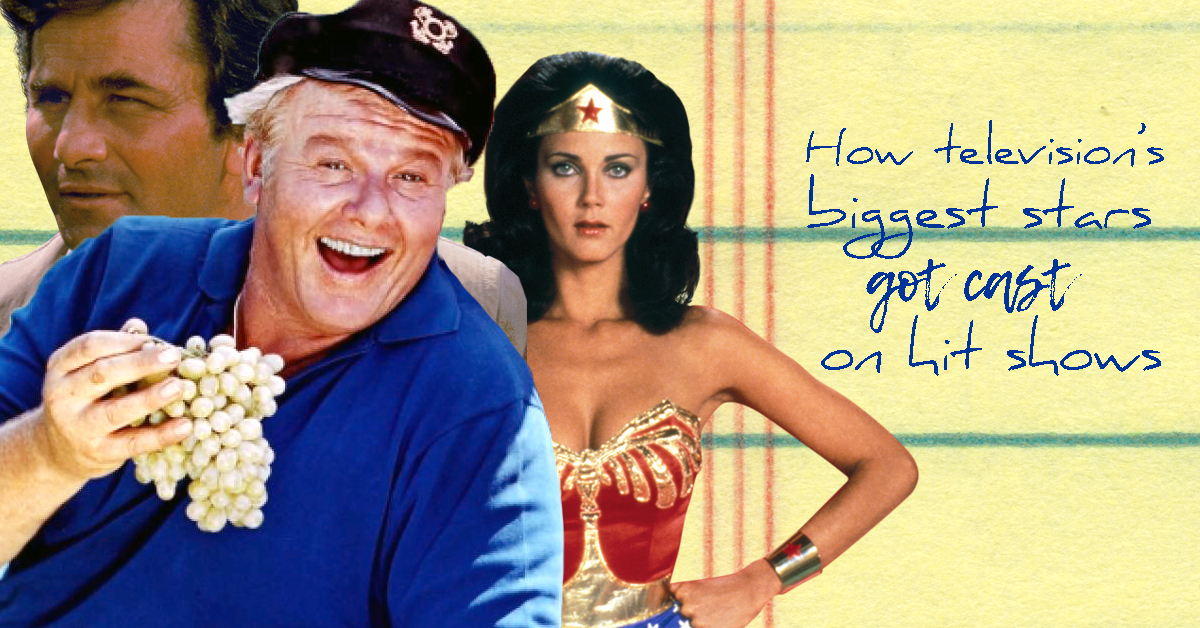 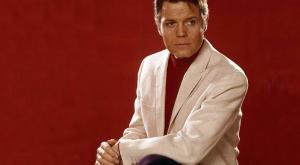 Casting for a TV show is a tricky business. If you don't have a star in mind from the start, finding the right person takes a lot of soul searching.

Sometimes the major star the shows wants won't get involved. Other times networks can be too cautious, advising certain shows not to take a chance on an unknown name. It can be a long, gruelling process finding the right fit, but for passionate show creators, the rewards can last forever, as they watch their character come to life onscreen - and maybe even become an icon.

Here, we've collected 10 of TV's crucial audition stories that led to casting everyone from Captain Kirk to Wonder Woman. Find out what it took for your favorite stars to land the part that made them household names. 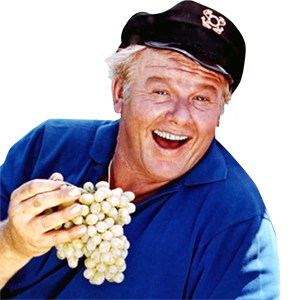 To get to his audition for The Skipper on Gilligan's Island, the story goes that Alan Hale Jr. went on an epic adventure. He was filming the movie Bullet for a Badman when he was called to come read for the part he's now best known for. Frantic to get there, he jumped on a horse and rode off from his film location in Utah. The horse got him to the highway. From there, he hitchhiked to Las Vegas, where he hopped a plane to Los Angeles. Needless to say, he made it in time. 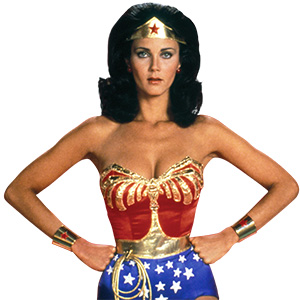 When Lynda Carter went out for the lead in the 1975 Wonder Woman series that rocketed her to fame, it wasn't her first time trying out for this particular part. She'd gone out for the 1974 movie, and that role ultimately went to Cathy Lee Crosby. So when she saw her second chance to become the superhero, she was nervous she'd be rejected again. She said she'd never been successfully cast after doing a cold reading, and she was certain she'd have to do that for this audition. Turns out her old screen tests from auditioning for the Wonder Woman movie stuck around, and those images were enough for at least one producer. Carter says she had $25 in her bank account when the producer said she was the only person who could play the part. 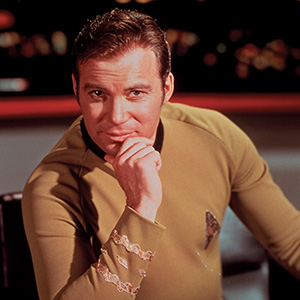 Trekkies know that the original Star Trek pilot had an entirely different star when it was originally pitched to the network. The network recognized the potential in the story and its character, but they told creator Gene Roddenberry to recast. That's when Roddenberry called up William Shatner to request he play the part. After Shatner watched the pilot, he got excited, but he thought the role required a little more humor than the original actor portrayed. His read was a hit and his more playful take on Captain Kirk is the one, as we all know, that ultimately endured. 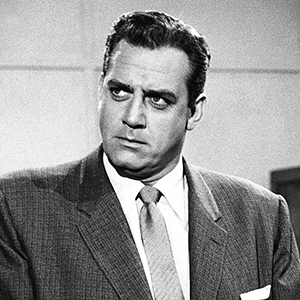 In 1951, Raymond Burr portrayed a district attorney in the movie A Place in the Sun. Years later when he auditioned for the 1957 hit Perry Mason, the executive producer Gail Patrick Jackson remembered his previous role and thought he was just right for the part - except for one thing. Jackson told Burr he needed to lose 60 pounds to be Perry Mason. He shed the weight, and when he came back for his screentest, the novelist who created the character, Erie Stanley Gardner, stood up and declared, "That's Perry Mason." 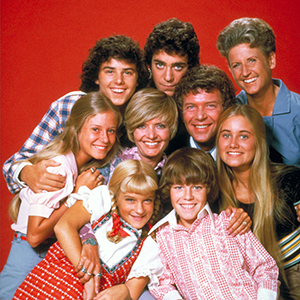 To figure out the best kids to work with, The Brady Bunch series creator Sherwood Schwartz had a novel strategy. He auditioned kids in his office, where he'd lay out a bunch of toys on his desk to distract them. It would appear that the child actors we know so well now like Susan Olsen (Cindy) and Mike Lookinland (Bobby) were consummate professionals, since they got the parts, while other kids took the bait. Schwartz's theory? If kids could ignore toys while auditioning, they could probably stay focused while filming scenes. 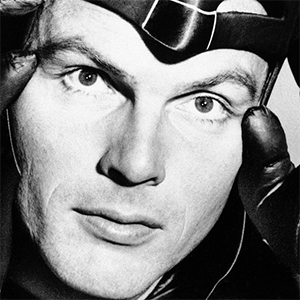 It's unlikely the name Ty Hardin rings many bells for today's Batman fans, but for the 1966 show, series creator William Dozier had his heart set on Hardin as the caped crusader. Hardin passed on the part, and Dozier got that news through Hardin's agent, who tossed Dozier a bone and recommended Adam West. You'd think that was it, but later when West was considering the role, he was afraid it would lead him to be typecast, but his agent calmed those nerves and convinced him to say yes. So if you love Adam West's Batman, you have a couple super-convincing agents to thank. 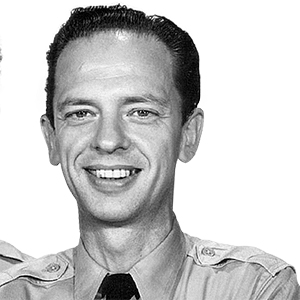 Don Knotts first met Andy Griffith when they were both cast in the Broadway play No Time for Sergeants. They formed a friendship, and later when Knotts left The Steve Allen Plymouth Show, he saw the pilot of The Andy Griffith Show and called up his old castmate. Knotts told Griffith he should have a deputy, and Griffith thought that sounded like a good idea. He told Knotts to call series co-creator Sheldon Leonard, so Knotts picked the phone back up and scheduled a meeting. That meeting became a grueling audition, where Leonard played inquisitor, asking Knotts a billion questions about his character concept. Luckily, Knotts had all the right answers, and when Knotts left Leonard's office that day, it was after signing a 5-year contract to play the part. And that's how Barney Fife was born! 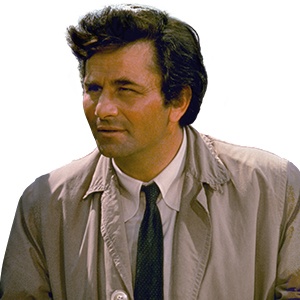 Do you know who Columbo co-creator William Link wanted to play his lead detective? Bing Crosby. The only problem? Crosby was retired, and he didn't want the part. Link moved on and asked Lee J. Cobb to take on the role. That didn't pan out either. So, Link was at a loss when Peter Falk one day randomly called him up. Falk had read the script and Link says his exact words were, "I'd kill to play that cop." That wouldn't be necessary. They skipped the screen test and Leonard hired Falk and never looked back. 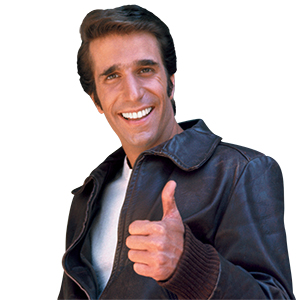 Henry Winkler says he was the complete opposite of coolguy Arthur Fonzarelli when he showed up to audition for the part on Happy Days. He was terribly nervous and still reeling from a severe lack of self-confidence he'd developed in his youth. His solution was to change his voice, change how he carried himself, and even change the lines on the script he was reading from. At the end of his reading, he says he tossed the script up in the air and just walked out. At the time, series creator Garry Marshall was leaning toward casting the Monkees singer Mickey Dolenz. Good thing for Winkler, Marshall decided in the end that Dolenz was too tall for the part. And that's how we got the shorter-statured Fonz the world came to love and even emulate. 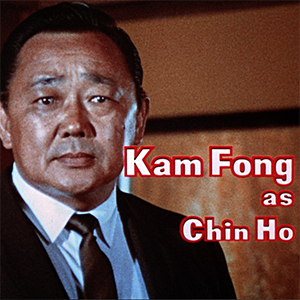 Kam Fong had only been cast in a handful of uncredited movie roles when he showed up to audition for the part of Wo Fat on Hawaii Five-O. It wasn't that he was a struggling actor, though. He actually had spent 16 years as a police officer for the Honolulu Police Department. He didn't have to say one word to convince series creator Leonard Freeman he belonged on the show. The story goes that Freeman saw Fong walking up and got the director's attention, saying, "There's Chin Ho, standing right there."