What are your theories on D.B. Cooper, Jimmy Hoffa and other puzzling events from the past? 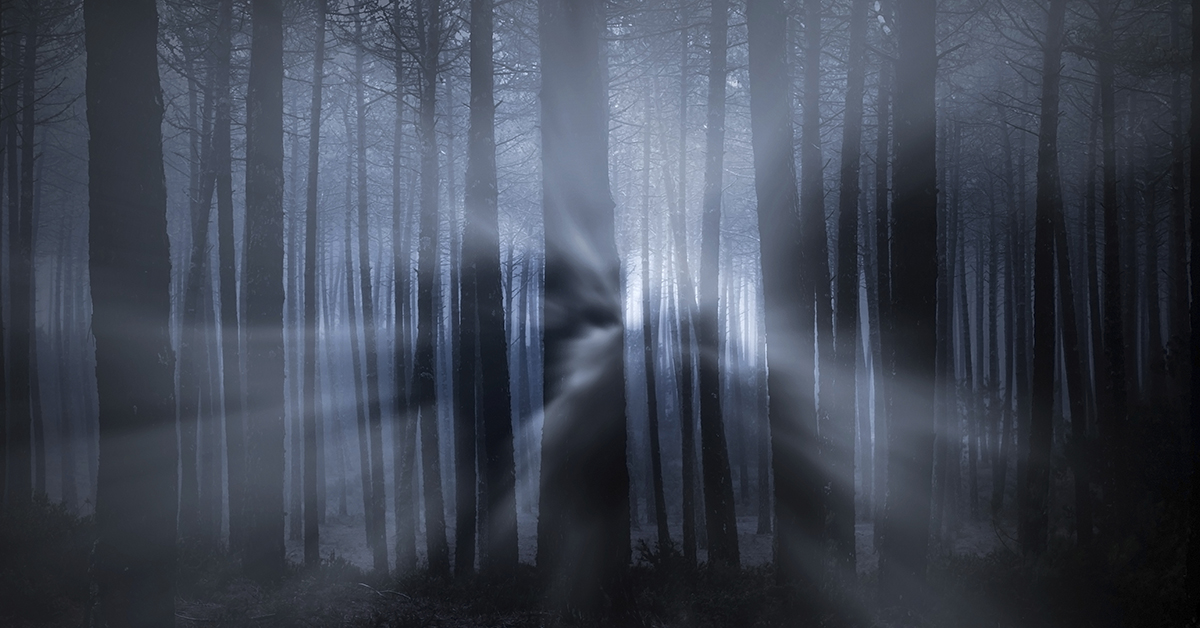 At-large serial killers, mysterious signals from outer space, a shadow man with red eyes – these are just a few of the mysteries from our childhood that remain unsolved.

Do you remember these eerie incidents? What are your theories? 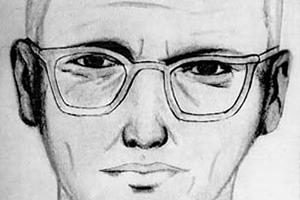 Arguably the most notorious serial killer of all time, the Zodiac Killer wreaked havoc in the Bay Area in the late 1960s and early 1970s. Though investigators agree on seven confirmed victims, the Zodiac might be responsible for as many as 37 murders. That’s the number he claimed in the coded letters he sent to local newspapers – The Vallejo Times Herald, The San Francisco Chronicle and The San Francisco Examiner – always signed with his now-infamous circle and cross insignia. The Zodiac Killer has been the subject of rampant speculation since his first noted murder in 1968; dozens of books and films have claimed different identities of the killer, though DNA testing has eliminated most of the prime suspects. The scariest part? Enough time has passed that he’s probably dead, meaning we may never know the answer. File this one away with Jack the Ripper. 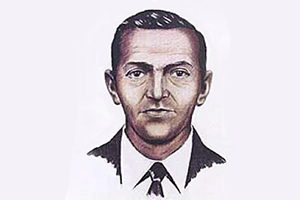 On November 24, 1971, a man dressed in a raincoat and sunglasses who called himself Dan Cooper boarded a Boeing 727 flight to Seattle claiming to have a bomb in his briefcase. Cooper informed the pilot that he would set the bomb off if he wasn’t given $200,000 in ransom money and four parachutes. Cooper’s demands were met in Seattle and the rest of the passengers were let off. When the plane took flight again, with just Cooper and a few crew men aboard, he distributed $2,000 to each remaining passenger, then jumped off the plane into a rainstorm with the remaining money strapped to his body. He was never seen or heard from again. Though the FBI launched an immediate investigation, they never pinned down the identity of Cooper, who was thought to have extensive aerial knowledge of the area and military training. Despite several promising leads, this one remains a mystery to this day. 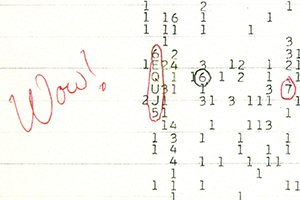 In 1977, astronomer Jerry Ehman discovered what might be our best evidence yet that aliens exist. While looking through observation data from the Big Ear radio telescope at Ohio State University, Ehman picked up a radio signal from the constellation Sagittarius that appeared to be non-terrestrial in origin. (The name of the signal comes from the red-pen exclamation Ehman wrote on the data print out.) The 72-second signal has not been detected since, though several attempts have been made to find it again. Though detractors (including Ehman) insist the signal was likely not the product of intelligent extraterrestrials, the fact remains that it was broadcast from a part of space where there are no planets or solar systems, making it highly unlikely that the signal has any Earthly origins. 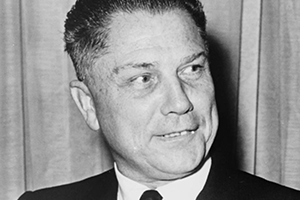 On July 30, 1975, former Teamsters union president Jimmy Hoffa called his wife from a pay phone in Bloomfield Township, Michigan – a suburb of Detroit – to inform her that he was stood up by the two Mafia leaders he was supposed to be meeting. When Hoffa didn’t return home for dinner that evening, his wife called the police, who discovered his 1974 Pontiac Grand Ville at a nearby restaurant with no indication of what happened to Hoffa. The Mafia members he was supposed to meet – Anthony Giacalone and Anthony Provenzano – had alibis for that afternoon and were never arrested. Mob-connected Salvatore “Sally Bugs” Briguglio was identified as the prime suspect in Hoffa’s disappearance in a 1985 FBI memo, but nothing ever came of it. Hoffa was declared legally dead on July 30, 1982. 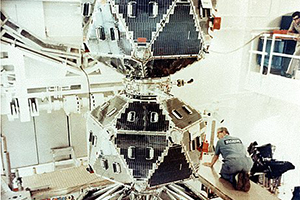 Also known as the “South Atlantic Flash,” the Vela Incident was an unidentified double flash of light detected by the Vela Hotel satellite on September 22, 1979, near Antarctica. The unique double flash typically indicates a nuclear detonation, though no one has been able to determine who might have ordered it. Even the Carter administration had trouble getting answers. The most popular theory is that the Vela Incident was a joint African-Israeli effort, but the extreme secrecy surrounding the event means that its origins remain unknown almost 40 years later.

6. The Disappearance of Frederick Valentich 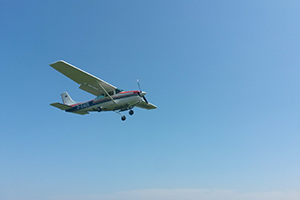 On October 21, 1978, 20-year-old Frederick Valentich disappeared in a Cessna aircraft over Australia after radioing to Melbourne air traffic control that he was being followed by another unidentified aircraft. Valentich was a known UFO enthusiast, which made authorities skeptical of his story. In fact, the Department of Transport speculated that Valentich likely became disoriented and saw his own lights reflected in the water before crashing. Others suggest Valentich might have staged his own disappearance. Alien abduction or not, Valentich was never seen again and his remains have never been found. 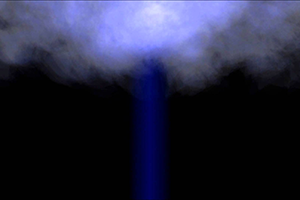 Another alleged UFO encounter occurred August 27, 1979, near Stephen, Minnesota. Deputy Sheriff Val Johnson claims that while on patrol a beam of light appeared to him on the road, sped towards him, engulfed his squad car and broke its glass. After falling unconscious, Johnson woke up and realized his watch and the car’s clock stopped for 14 minutes. The story received national attention and is considered one of the most significant UFO events of the 1970s. 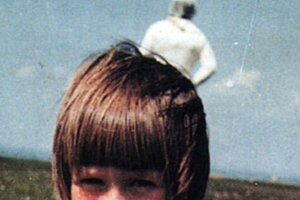 On May 23, 1964, firefighter Jim Templeton took three photographs of his 5-year-old daughter on a trip to Burgh Marsh, England. When the photos were later developed, the image of what appears to be a spaceman appears in the background of one of the shots. The photo received attention from the press, and, Templeton says, the government; he claims two men who refused to show identification visited his home asking questions. Though mostly debunked – modern photo software shows that the figure is probably Templeton’s wife – the picture still sends a shiver down the spine.

9. Mothman and the Collapse of the Silver Bridge 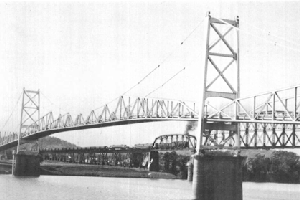 In 1966, the residents of Point Pleasant, West Virginia, were haunted by a specter known locally as the Mothman, a man-sized figure with bright red eyes and wings who swooped from trees and flew after cars. At least twenty people claimed to have seen the creature, including local policemen. Then, in December 1967, tragedy struck the town when the Silver Bridge collapsed, killing 46 people. Mysteriously, this event also marked the end of the Mothman sightings, leading many to believe the Mothman and bridge collapse were somehow connected. Different groups had different theories: UFOs, paranormal manifestations, precognitive visions, demons. Biologists offer a less sinister idea: the descriptions of the Mothman, usually seen at night, match that of a sandhill crane, a man-sized bird with a seven-foot wingspan and red circles around the eyes. 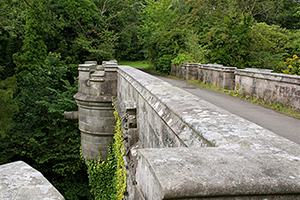 This Scottish bridge gained notoriety starting around the 1960s when it was noticed that dogs leap from it to their death at a rate of about one per year. Often call the "Dog Suicide Bridge," there is no known reason for the motive behind the leaping pups, though some suspect the odor from male mink urine is to blame. To keep dogs safe, a sign has been erected at the bridge that reads: "Dangerous bridge – keep your dog on a lead."