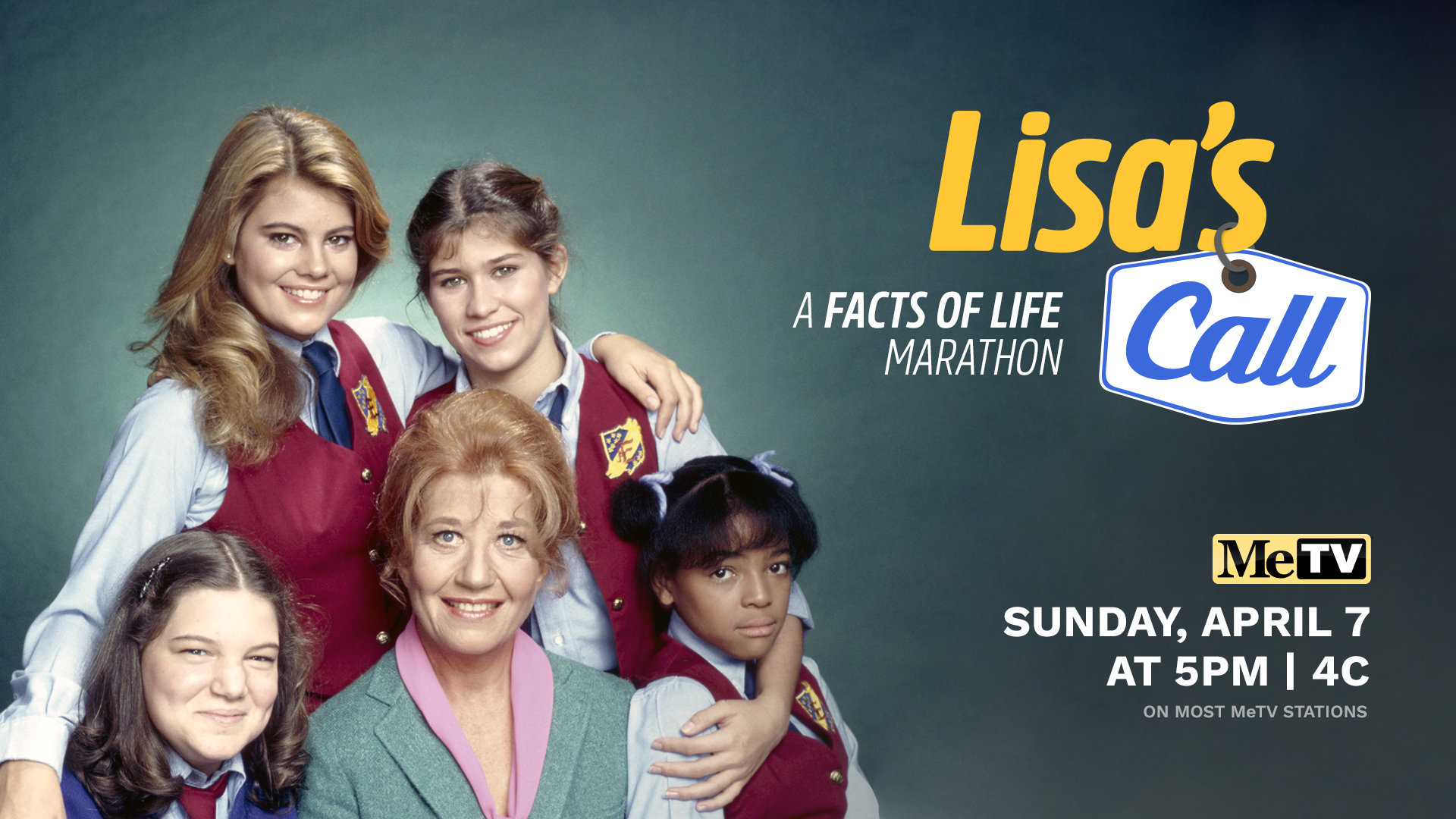 Series star Lisa Whelchel (Blair Warner) is presenting her favorite episodes of this beloved sitcom and sharing her fondest memories in Lisa’s Call, a three-hour event on MeTV.

Tune in Sunday, April 17, from 5–8PM Eastern, and watch Whelchel’s five most fondly recalled episodes. Plus, you’ll get sneak peaks at future episodes of her new series, Collector’s Call, which premieres later that same night on MeTV at 10PM | 9C.

Tune in Sunday, April 7, starting at 5PM | 4C, to see the best from Blair herself! Then, don't miss the premiere of Lisa Whelchel's new MeTV series, Collector's Call, at 10PM | 9C.

Beginning in 1979, The Facts of Life was one of the first sitcoms to center around a cast of young women. Go behind the scenes, as Whelchel selects highlights from the hit show’s nine-season run and shares anecdotes of working with costars like George Clooney, Nancy McKeon and Geri Jewell.

Here are Lisa’s top-five favorite episodes — and a little taste of why she picked them.


This groundbreaking episode introduced Blair’s cousin Geri (Geri Jewell), a comedian who has cerebral palsy. “She wasn’t acting,” Whelchel notes, “She had cerebral palsy and she was a comedian.”


Whelchel selected this episode to shine a light on her character’s development. “I do love the evolution of Blair,” she says. “She mellowed a bit and grew a lot.”


Jo and Blair must work together on the campus TV station. “This was my number-one favorite,” Whelchel says with a big grin. Why? “I love working with Nancy McKeon so much,” she says — and she relished showing off her slapstick skills.


“It’s because I got to kiss George Clooney,” Whelchel explains. But here’s the funny thing — she totally forgot she had ever kissed the actor. Find out what jogged her memory.


Set on a dark and stormy night, this tale spoofs The Twilight Zone, complete with a “Rod Sperling” as host. “Not only was it the biggest hair that Blair had ever had — and that’s saying a lot — it’s just farcical and so much fun.”