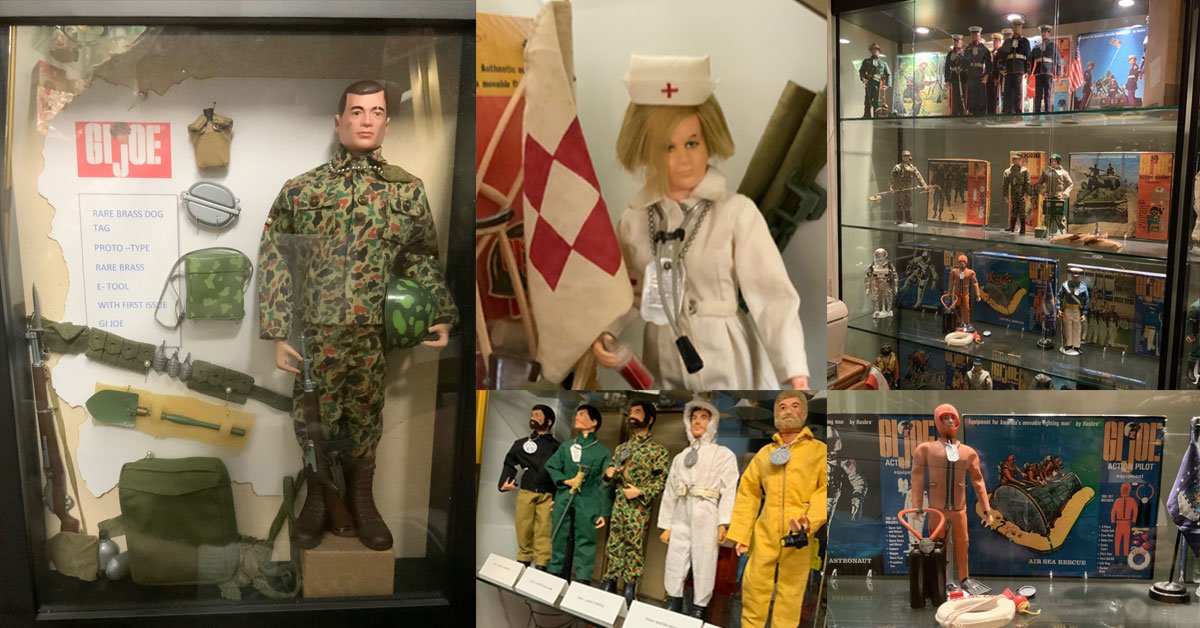 He has over 1,000 figures – including pre-production salesman's samples!

High school teacher and retired Marine Corps Reserve veteran Neil La Sala received his first G.I. Joe action figure as a child in 1967. By the early 1990s, his love for these classic toys grew into a passion for collecting. As he puts it, "It is a childhood toy that has really become a fun adult hobby."

"Hobby" seems like a bit of an understatement. La Sala has amassed more than 1,000 pieces, ranging from early pre-production salesmen's samples to Adventure Team sets from the Seventies. And that first figure he got at five-years-old? It remains a cherished part of his collection, alongside some of the rarest G.I. Joe figures on the planet. 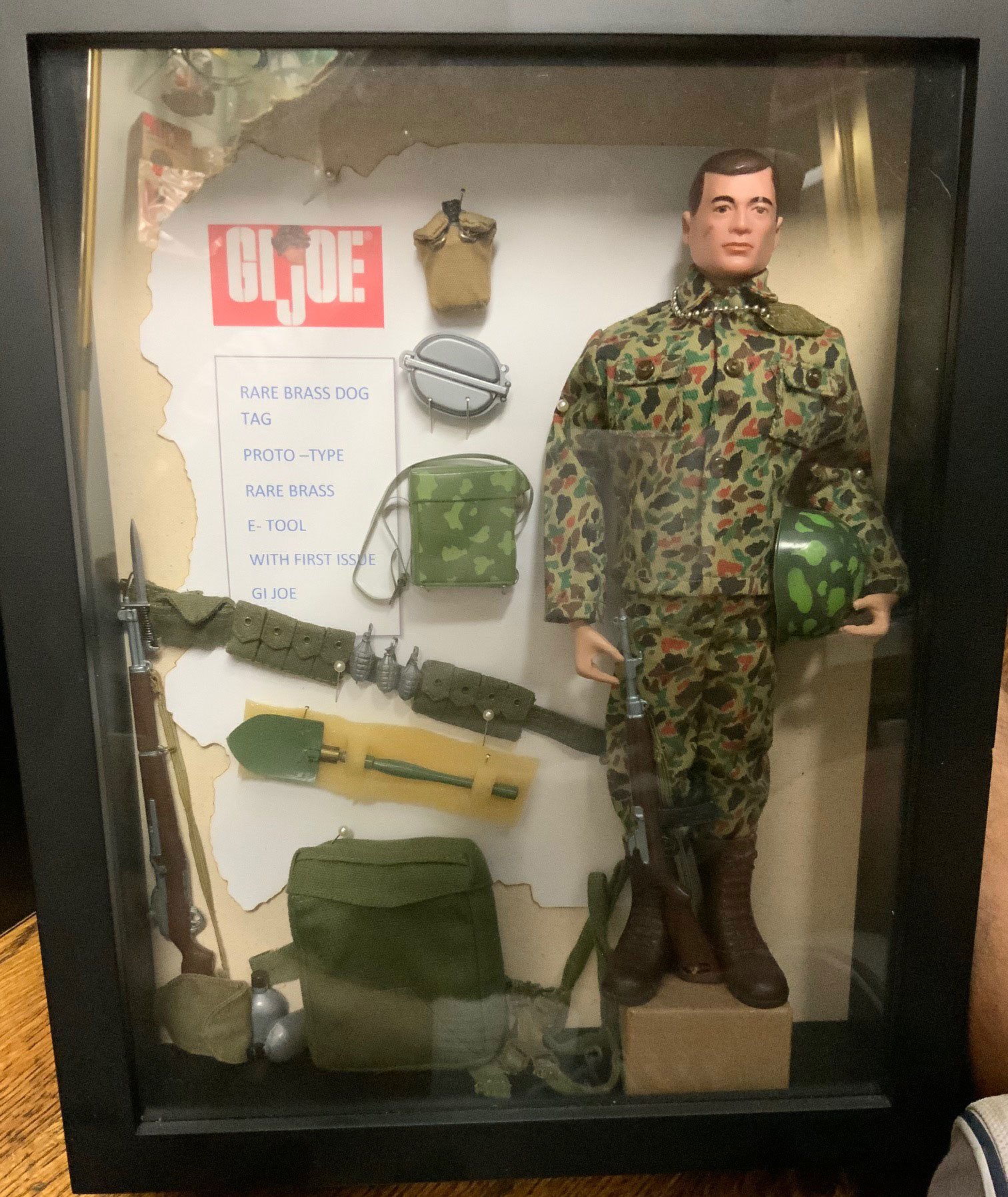 This rare saleman’s sample figure has many unique accessories like a brass dog tag and mess kit. 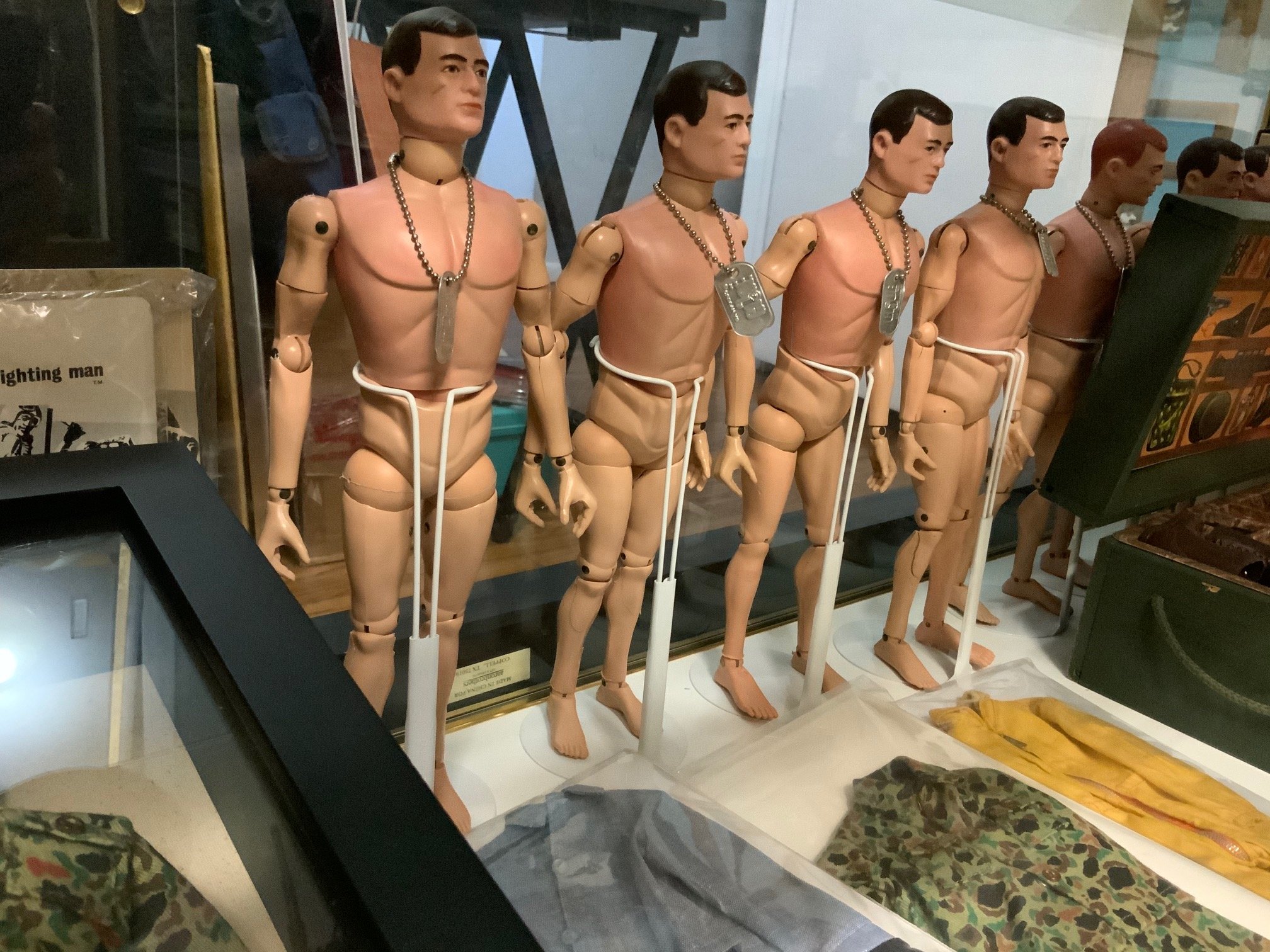 These salesman’s samples have a red tint – said to be from an error in the pre-production molding process. 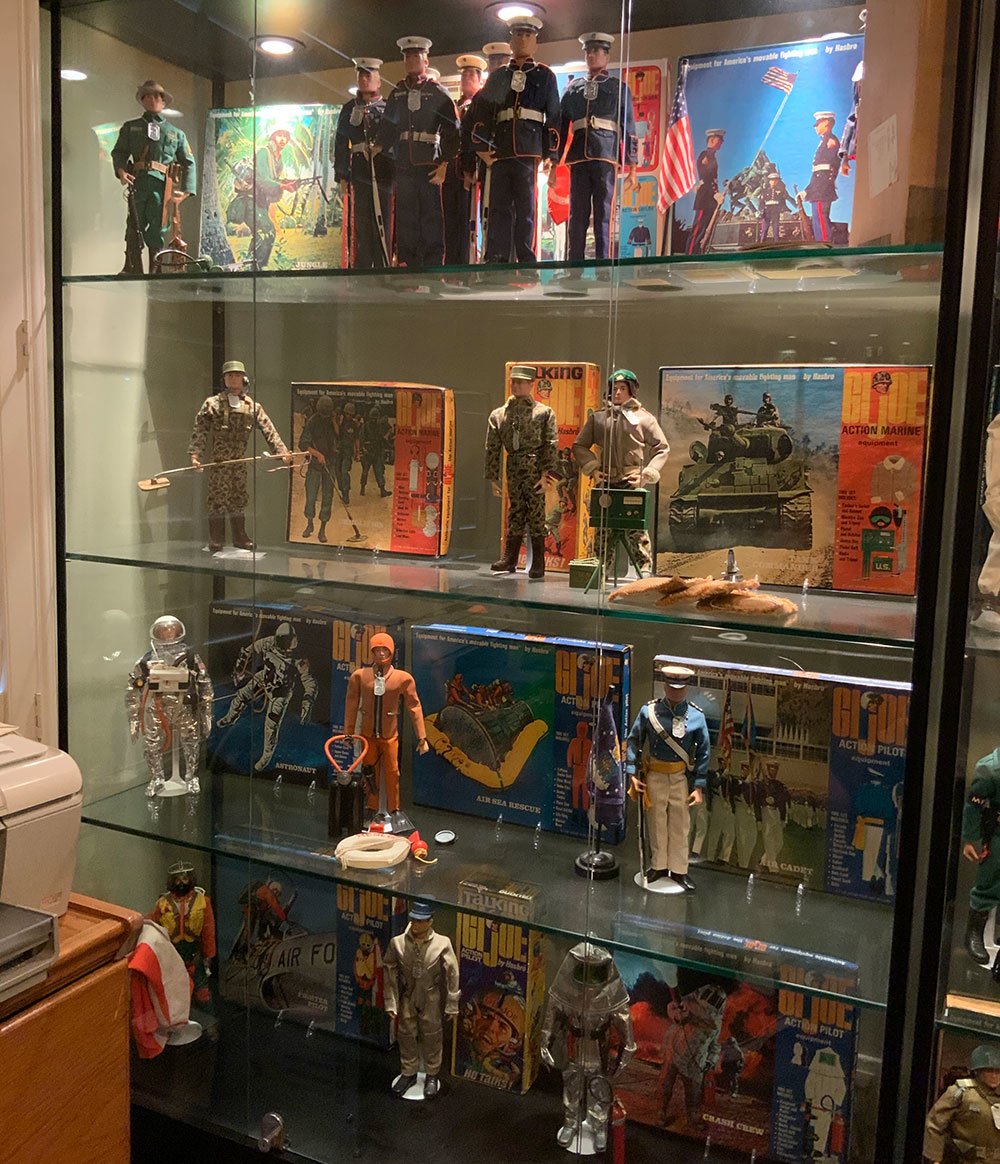 This is one of only two known collections to have the complete photo box series sets. 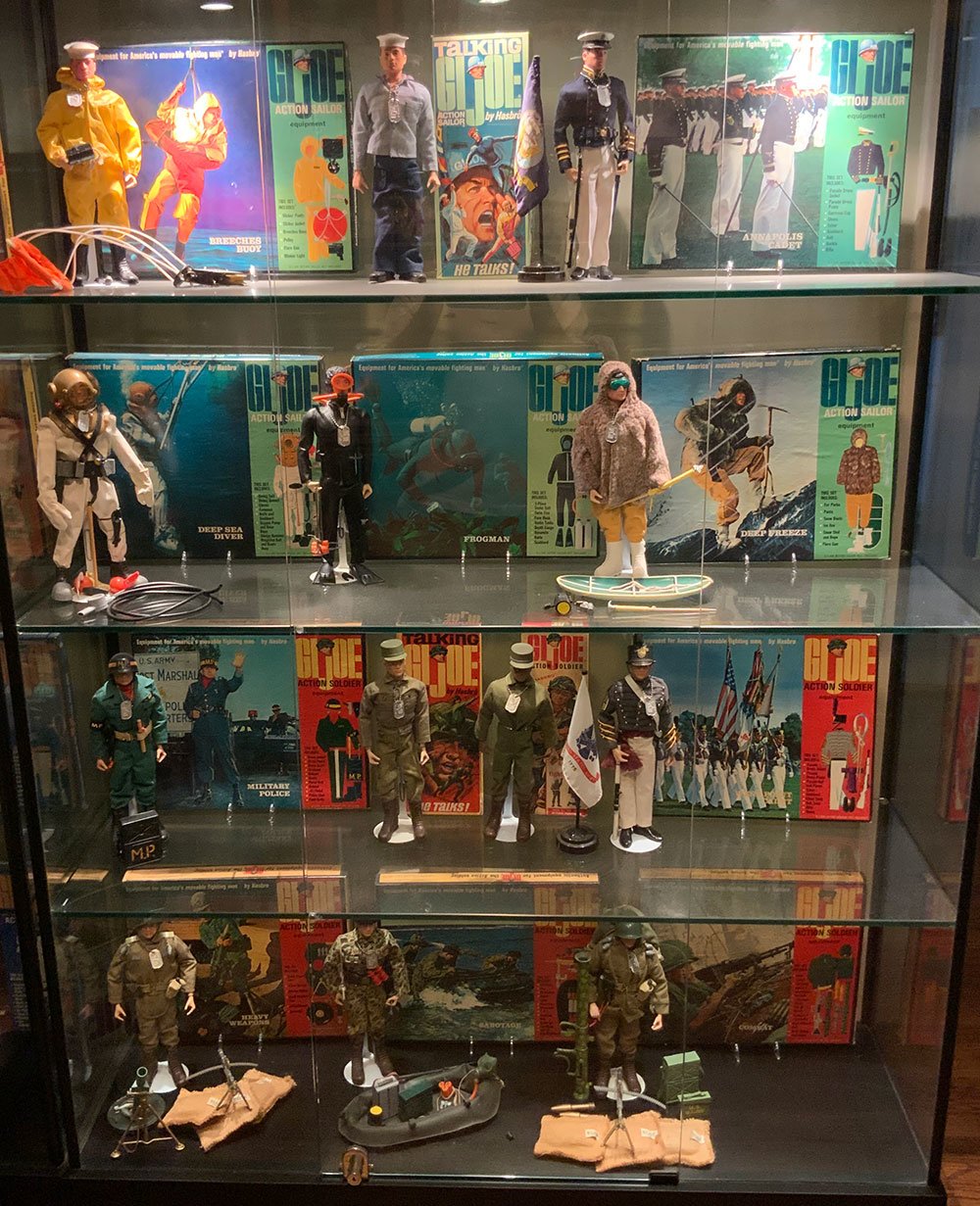 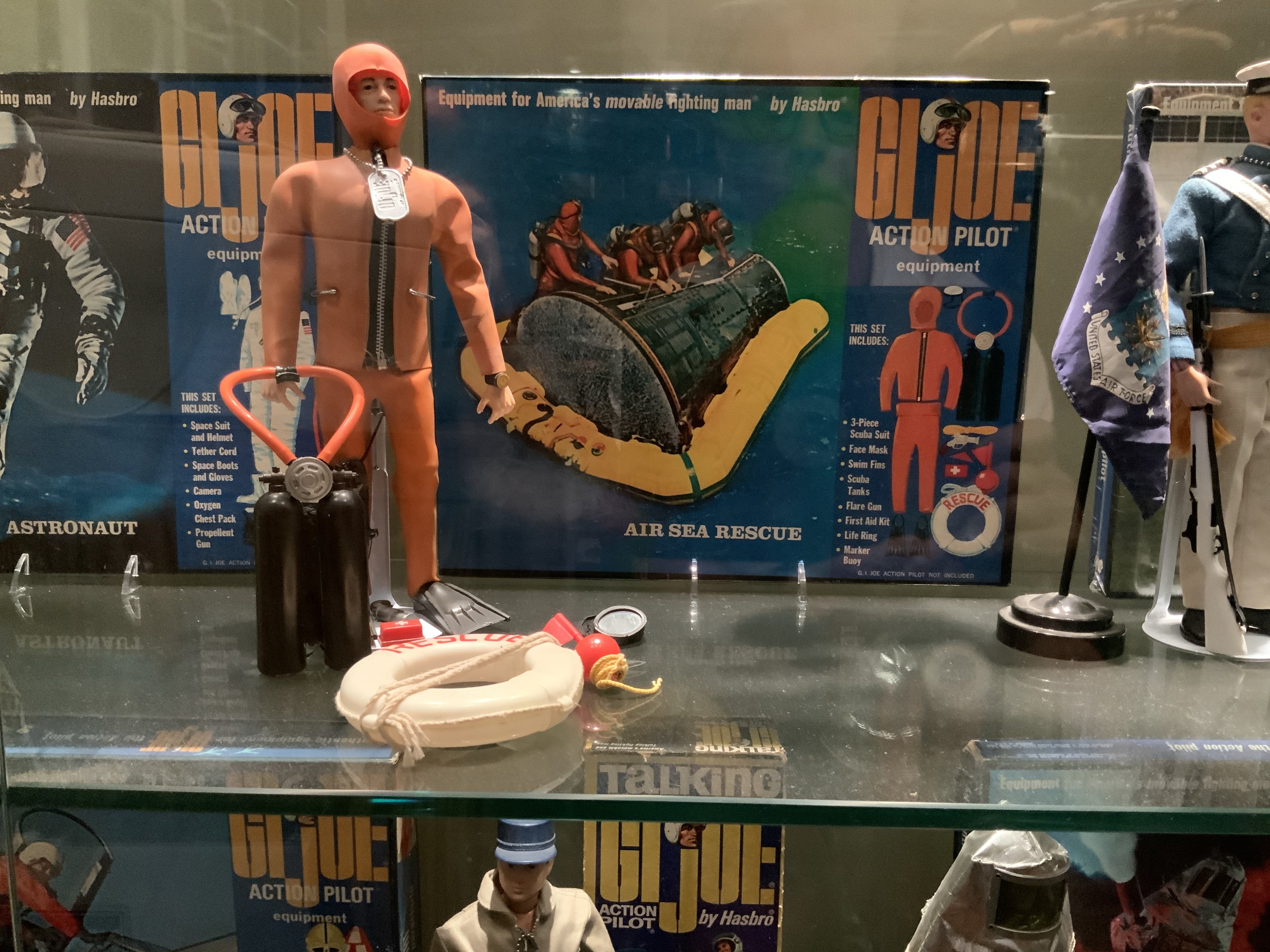 La Sala describes this set as "impossible to find." 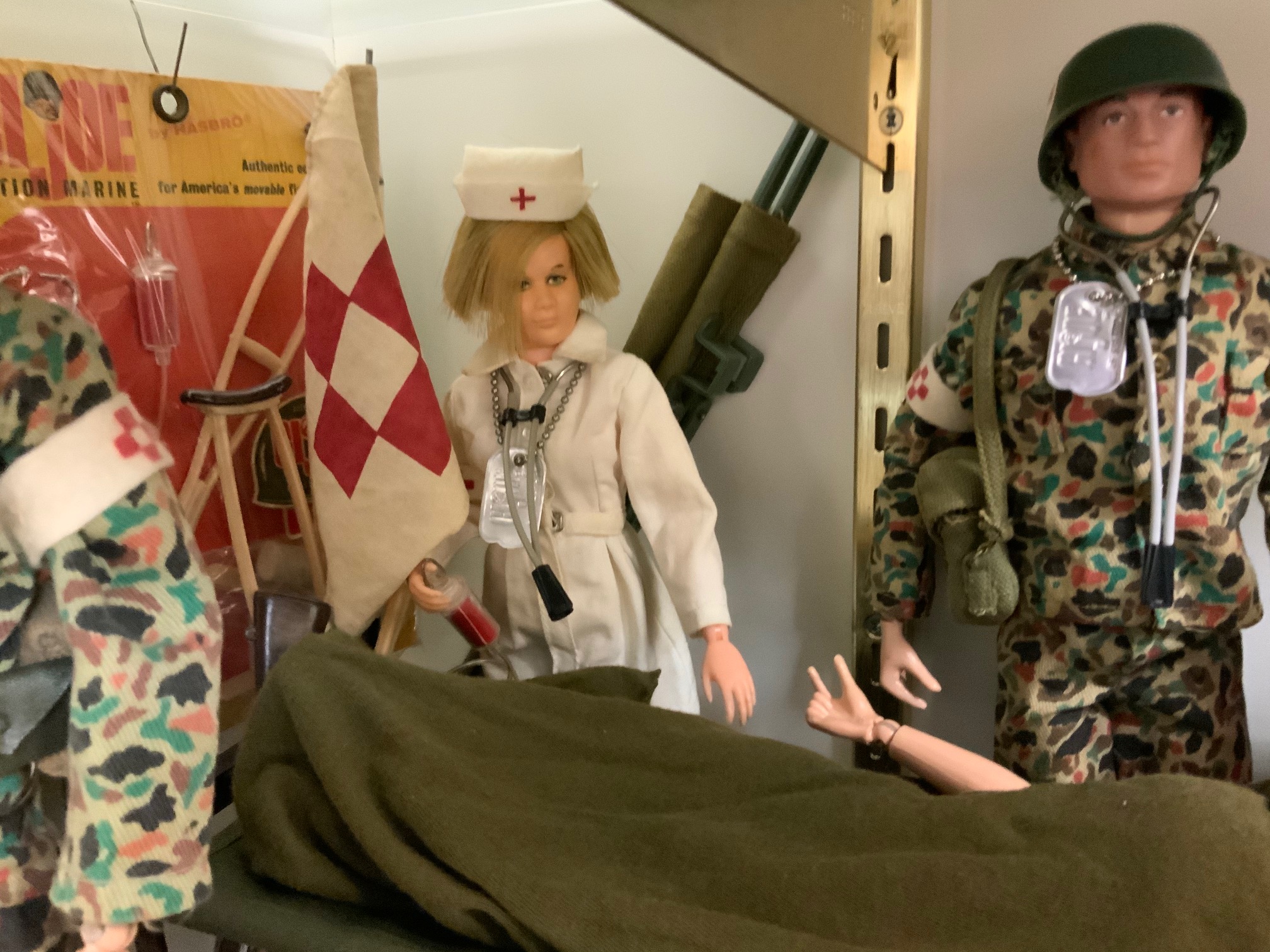 This rare nurse figure was discontinued soon after release.

7. Soldiers of the World figures 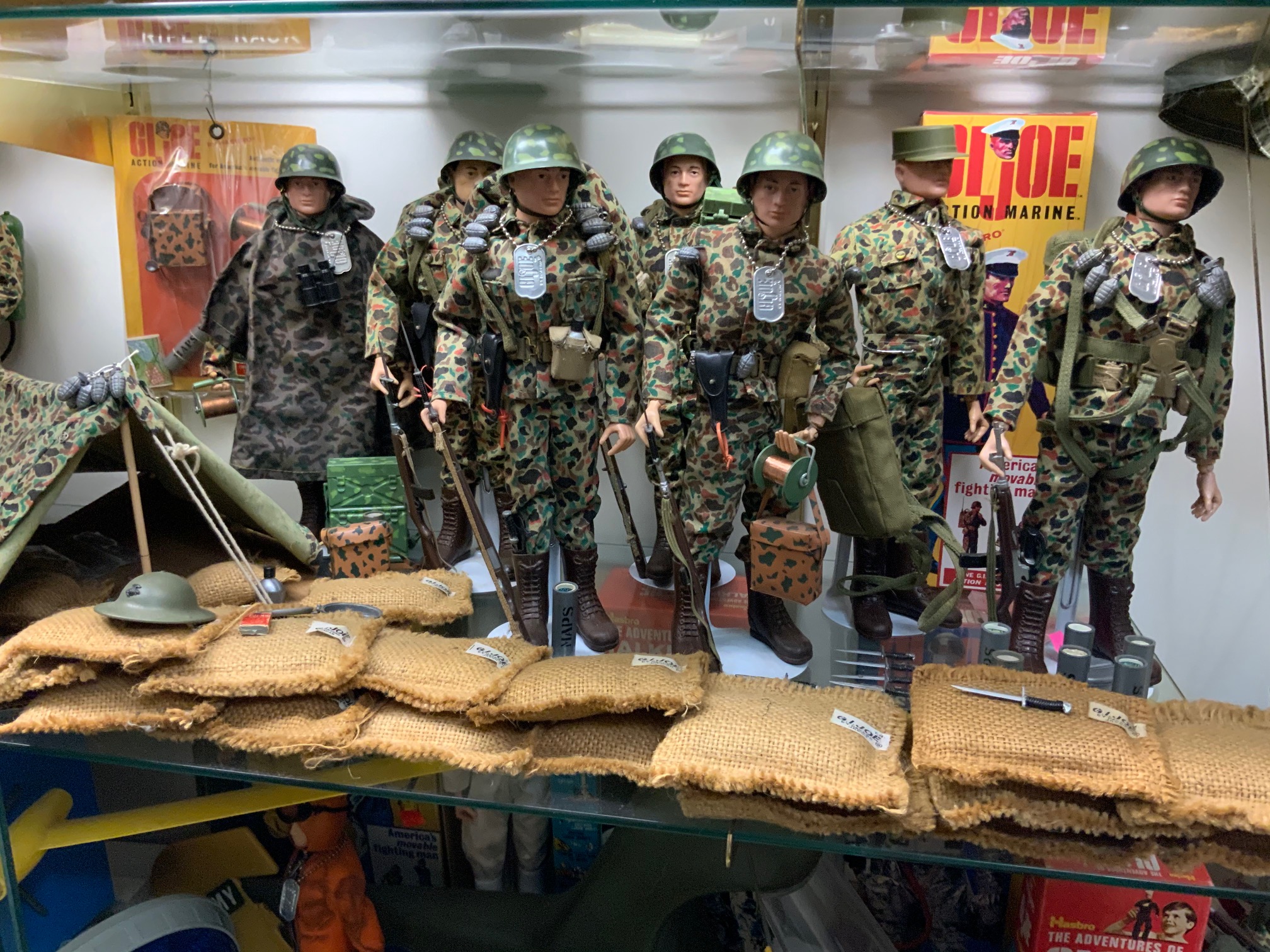 The "Soldiers of the World" line showcased Joe in different military branches from WWII.

8. Soldiers of the World figures 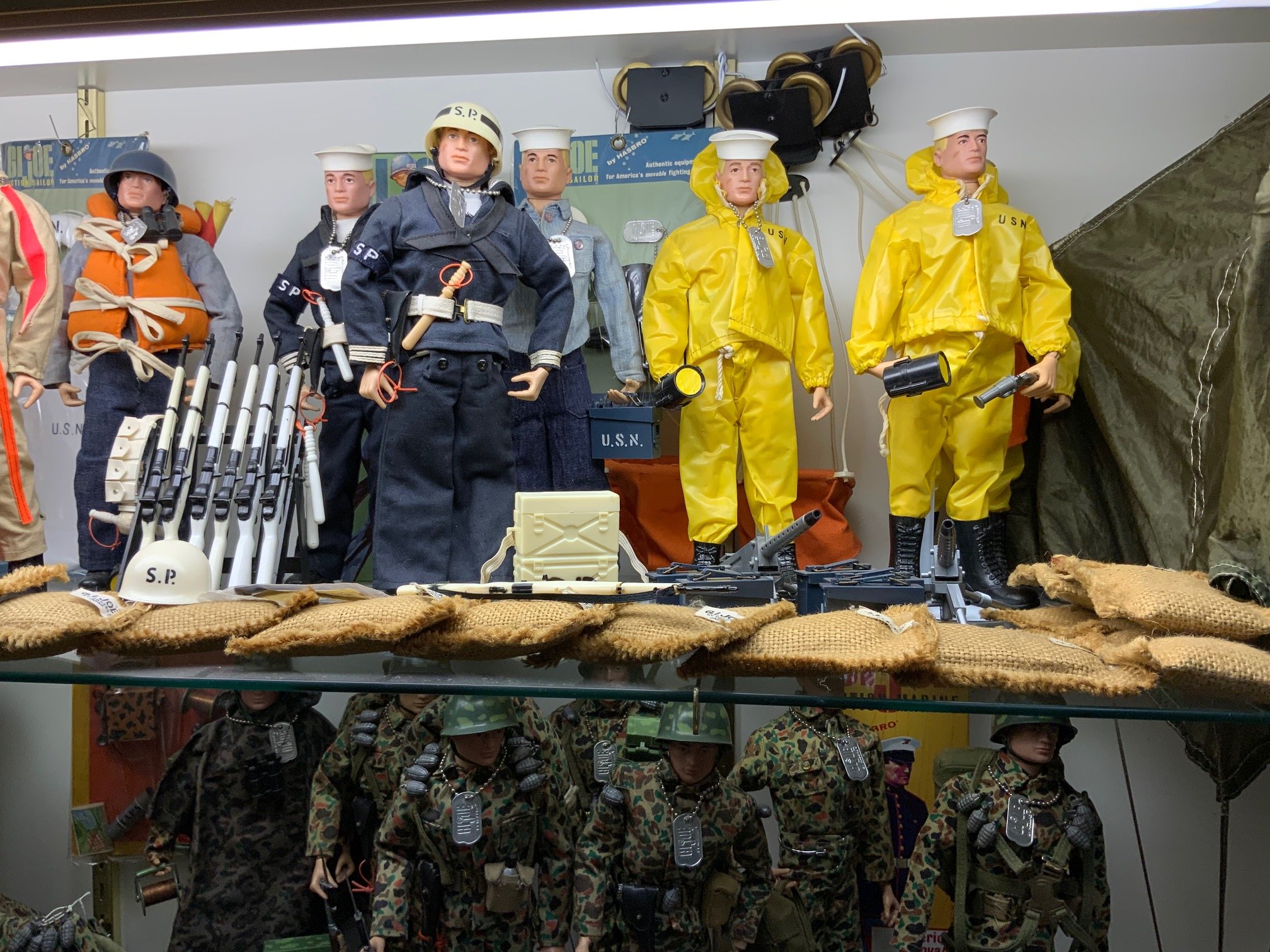 9. Soldiers of the World figures 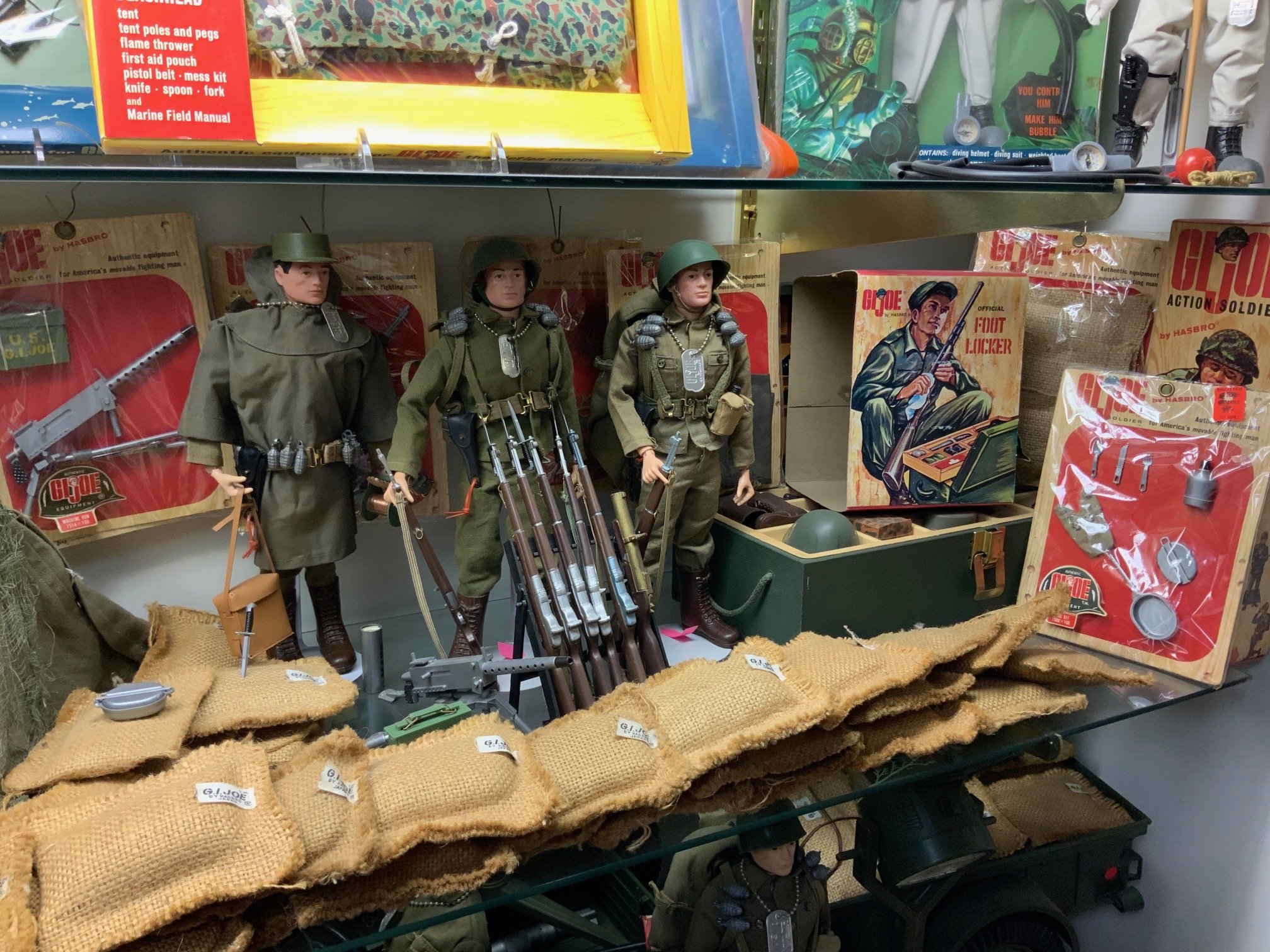 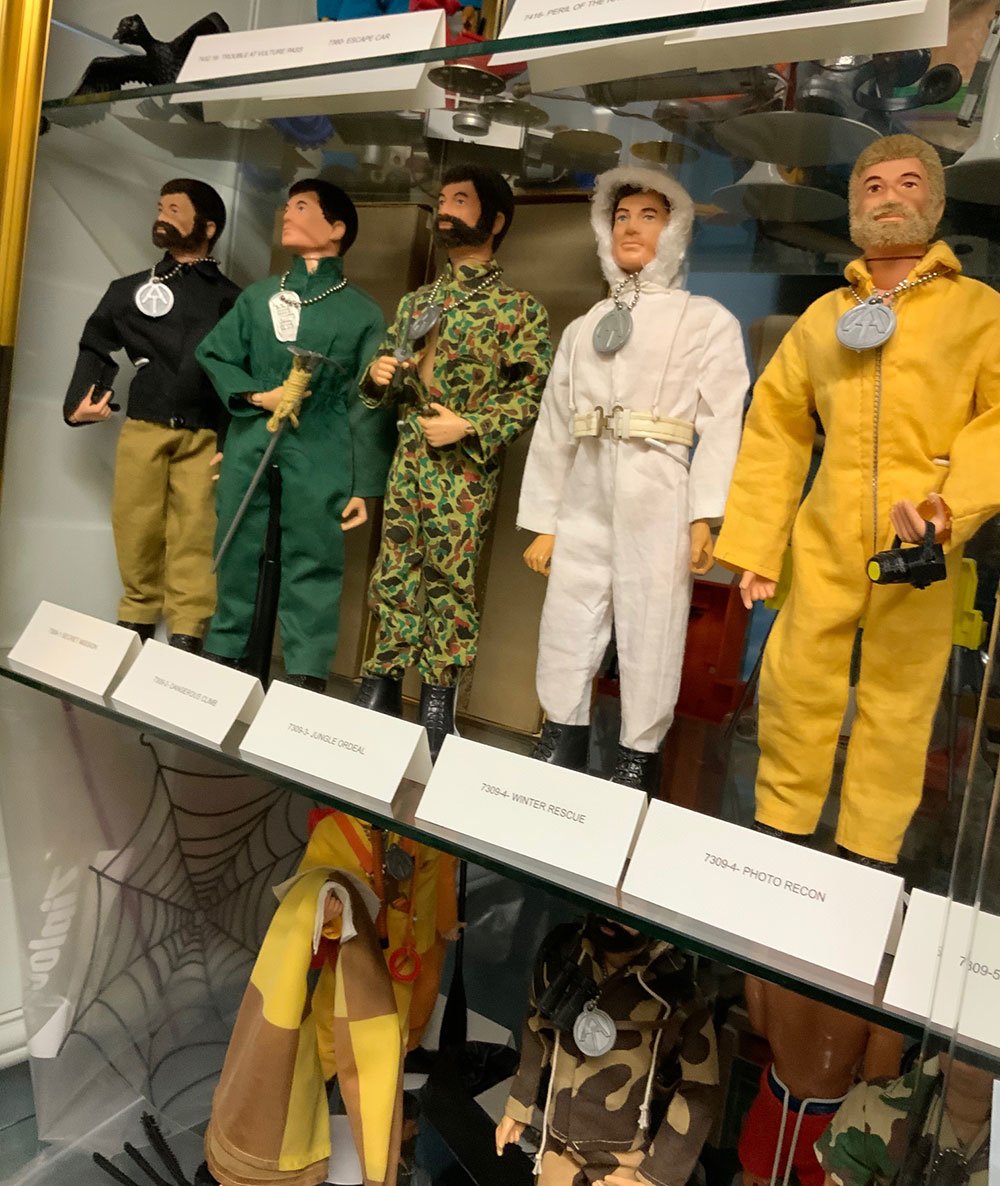 In 1972, G.I. Joe introduced "Adventure Team" sets, moving away from war and into scientific expeditions and rescue missions. 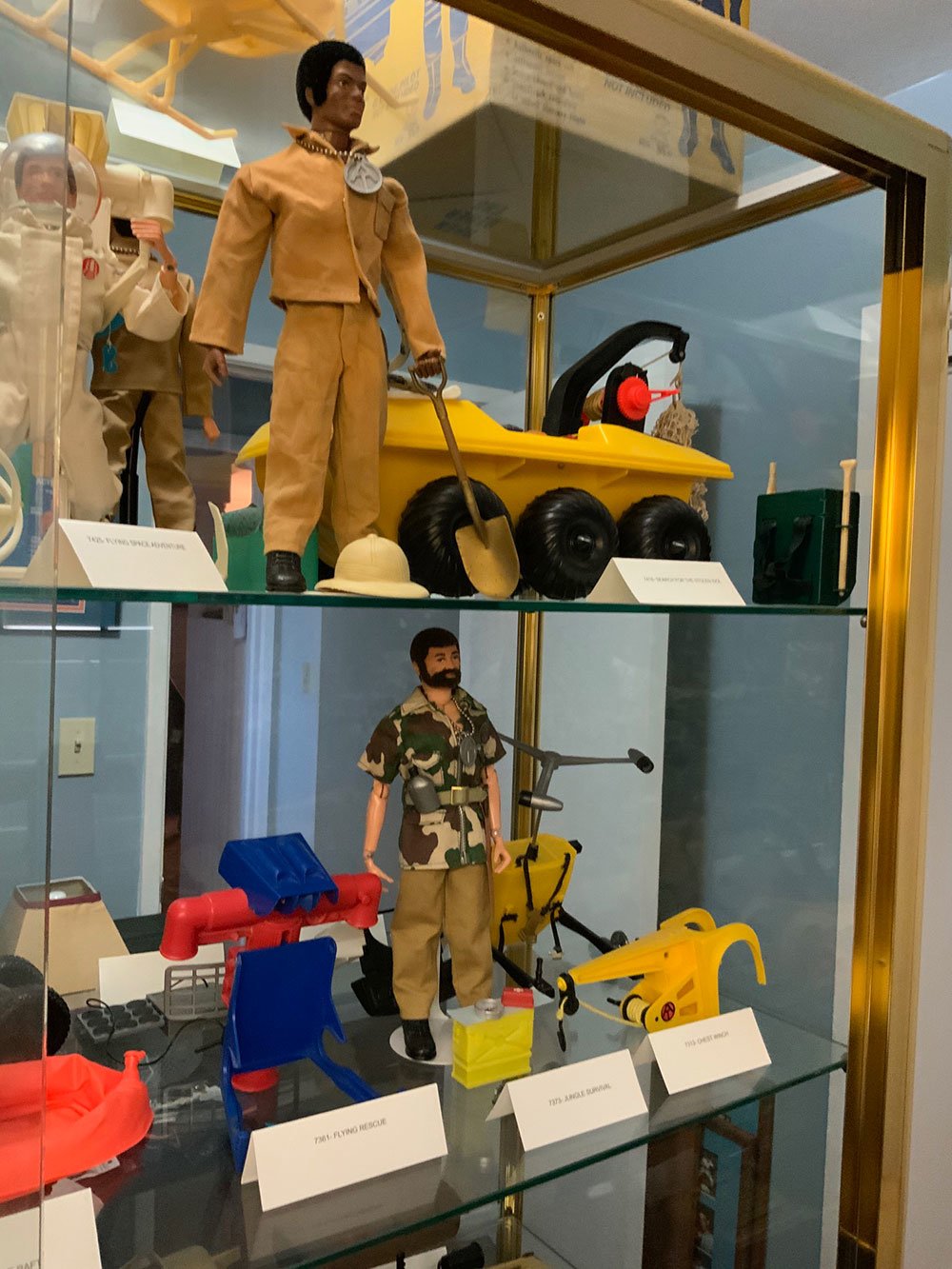 Instead of the painted-on hair of previous figures, these sets had lifelike hair and a kung-fu grip!

Tags: Toys
Are you sure you want to delete this comment?
Close 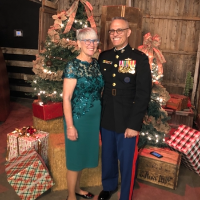 NEIL1964 ChrisBBBBB 10 months ago
Thanks for your kind words! We have a great hobby and some great relationships have grown among collectors.
Like Reply Delete

ChrisBBBBB NEIL1964 10 months ago
Yes indeed! Are you in New England? You could join our group on Facebook. https://www.facebook.com/groups/1598731963696710
I would like to ask you about your photo boxes. Friend me if you like, or send me an email [email protected]
Thank you!

NEIL1964 21 months ago
A great hobby where some great friendships have developed! In many ways, Joe has stood the test of time and has fostered camaraderie.

NEIL1964 BillMeikle 10 months ago
MP is incomplete and radio is broken, that’s not the correct helmet for the set, uniform is ok, $200

Talker has knock off accessories, hard to tell if you cannot hear pullstring voice, $150
Like Reply Delete

BillMeikle NEIL1964 10 months ago
That's good to know Neil. Thanks for letting me know their value. I have more to sell. I'll share the details with you when I list them.
Like Reply Delete

RoyandDale1 26 months ago
I was hoping that this amazing collection would be highlighted on the show! Ever since Collectors Call became a thing I have been hoping to see one of the premier Joe collections featured. I have a number of nice pieces but I would never be able to accumulate one as amazing as Neils! My wife would not be enthused. She doesn't understand my desire to collect now!
Will Neils collection make it on to the show?
Like Reply Delete 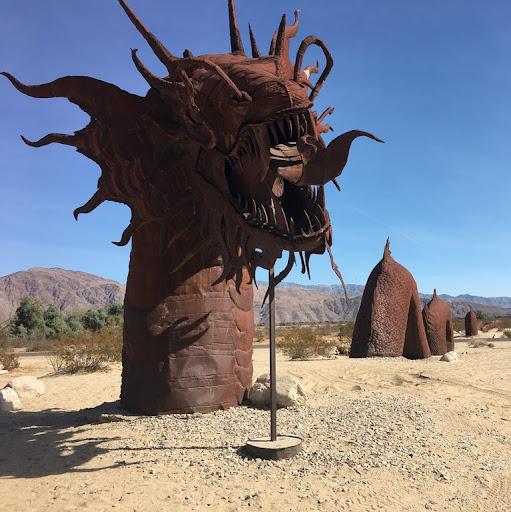 Tarakian10 27 months ago
Where is my favorite? The shiny silver "Space Blanket" plastic suit of a NASA Astronaut and Gemini capsule. This shiny plastic was actually developed for real astronauts to survive cold weather., bit of trivia.
Like Reply Delete