Meet Rick Heinz: Inside the Collection 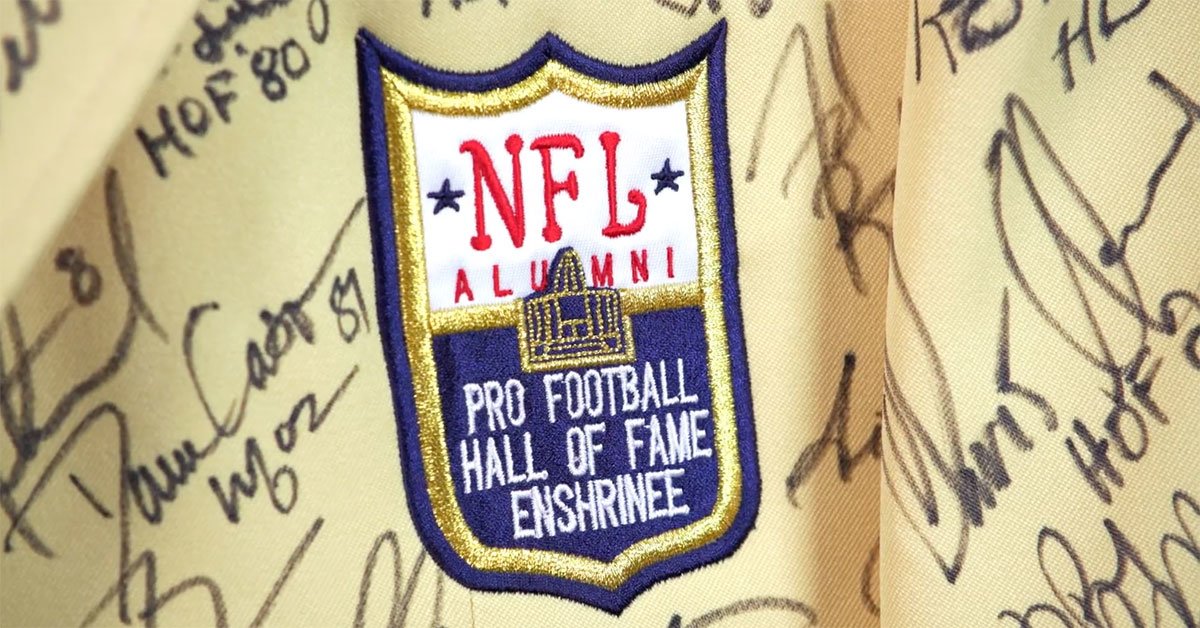 These unique football, baseball and basketball autographs run up the score into the seven figures!

Accountant and philanthropist Rick Heinz has been collecting sports memorabilia and art for more than 40 years. Some of his more storied treasures include a blazer signed by nearly 200 NFL Hall of Famers, a rare collection of NBA legends, and several baseballs autographed by former U.S. presidents.

We brought along sports memorabilia appraiser Michael Osacky, who estimated Rick's massive collection to be worth at least $1,000,000.

Let's take a look at some of those big-ticket items. 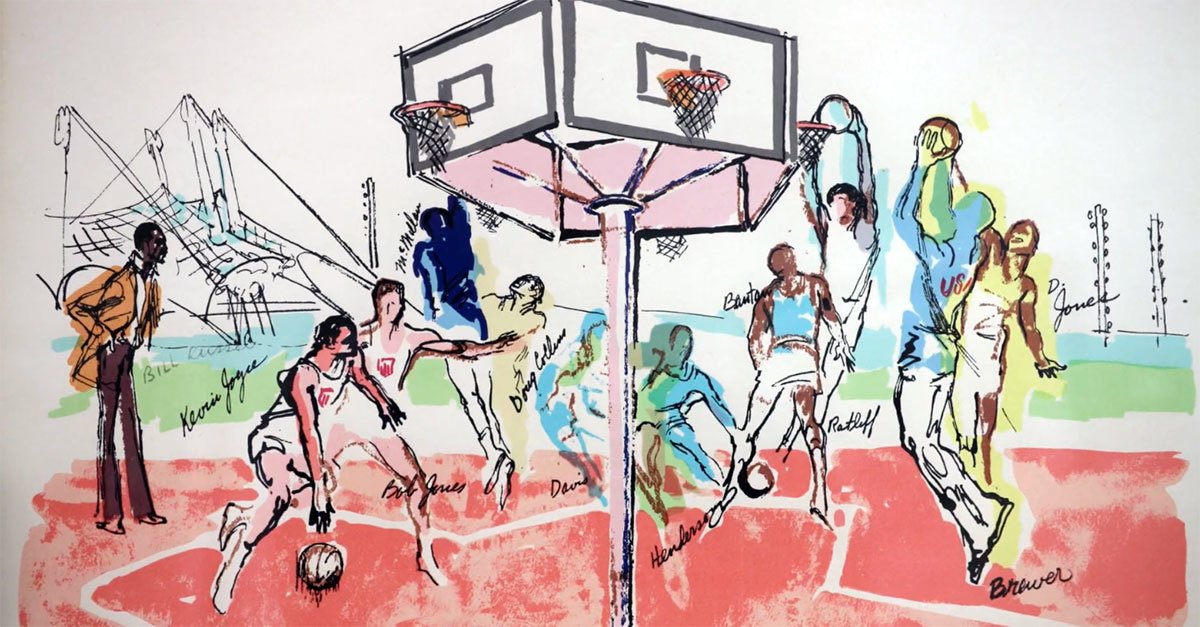 This historic squad famously refused to accept their silver medals after the gold medal was given to the U.S.S.R. in a scandalous game. Neiman remains one of the most renowned sports artists, and this pencil was limited in prints. Signed by the team members, it's worth about $4,000. 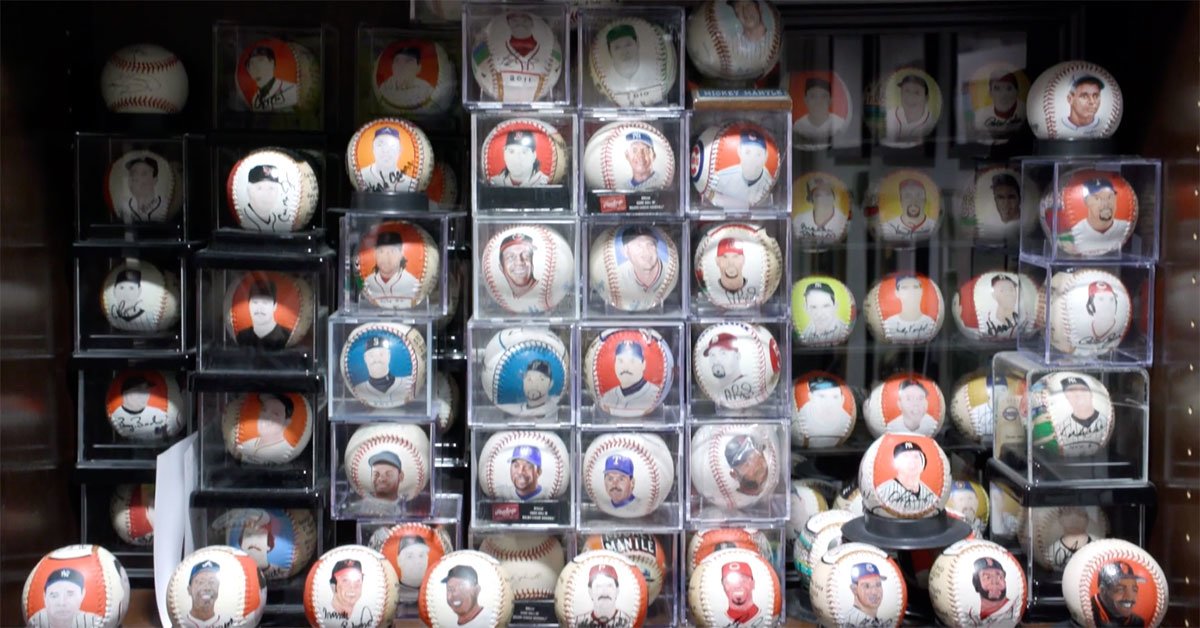 Rick's collection contains somewhere between 300–400 hand-painted baseballs depicted MLB stars — who also happen to sign the pieces. In total, this baseball collection is worth about $100,000. 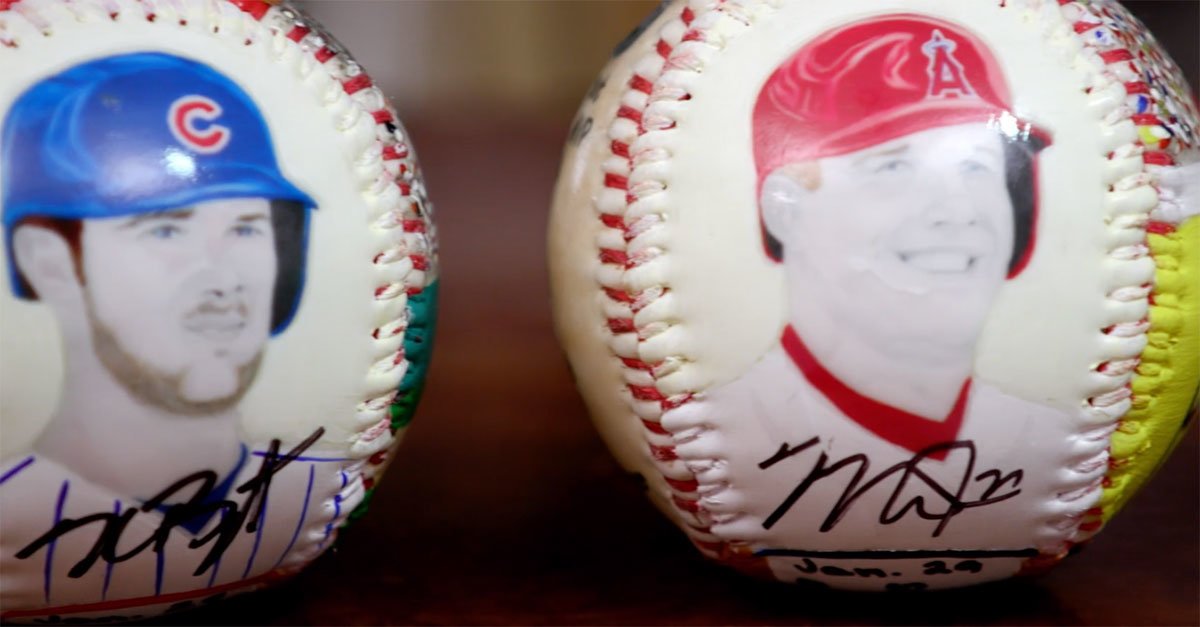 Specifically, this piece with the Angels' Mike Trout carried significant value. It can fetch around $2,500. 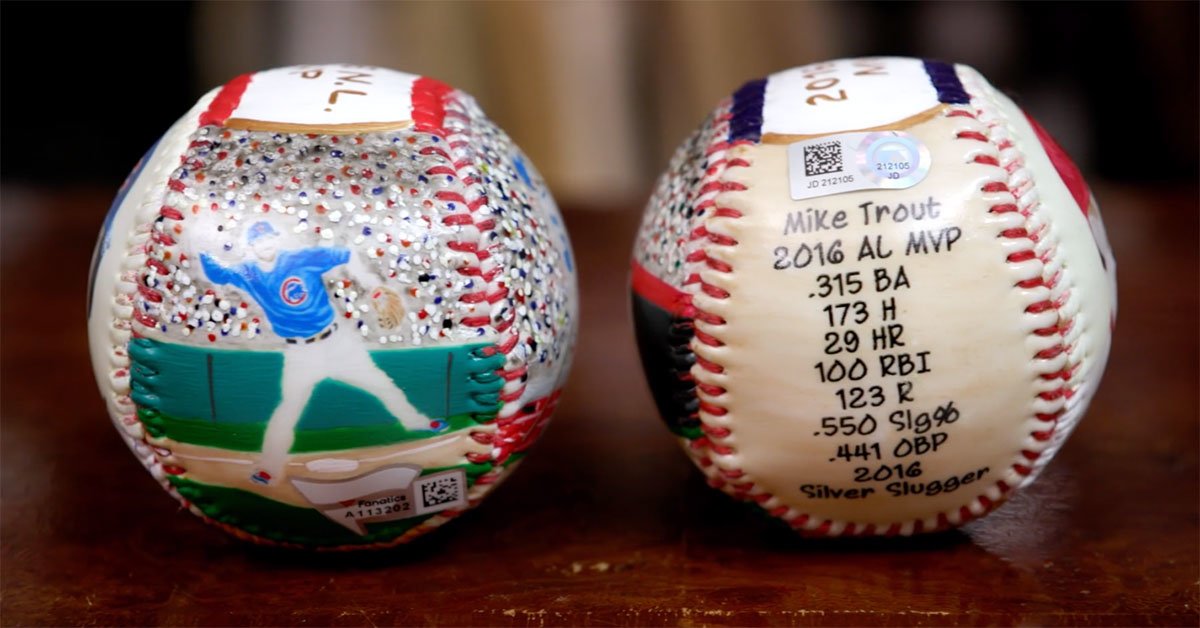 Here you can see that the artwork covers the entire ball, carrying some stats like a baseball card. 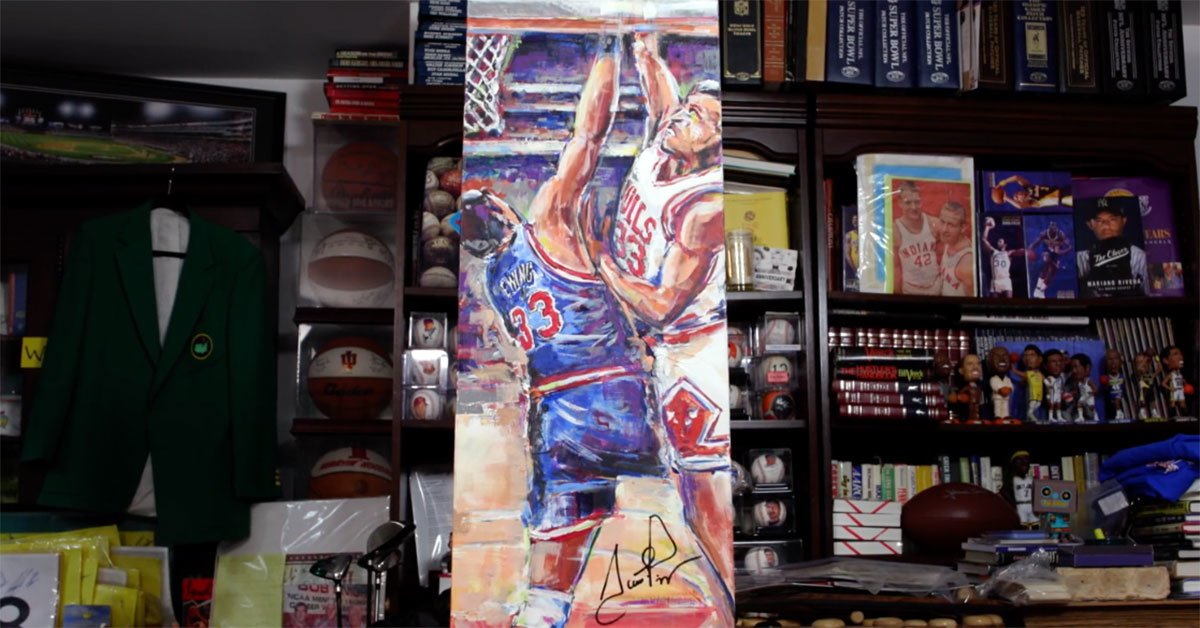 The Chicago Bulls icon posterized (well, in this case, "painterized"?) Patrick Ewing in Game Six of the 1994 Eastern Conference Semifinals. The Knicks legend rarely gives autographs, and took particular offense to this one. When Rick brought the painting to Ewing to sign, the former New York center said, "Get this @&%!£ $*#@ out of my face." 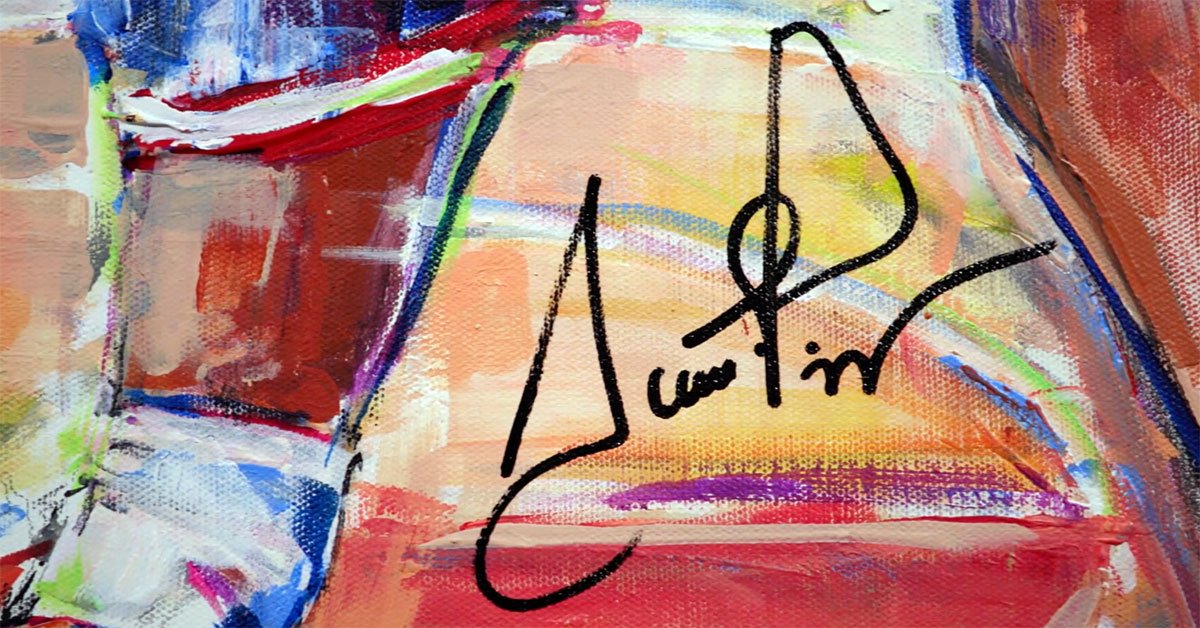 Pippen's signature makes the painting worth about $2,000. If Rick manages to get Ewing, the value rockets up $15,000. 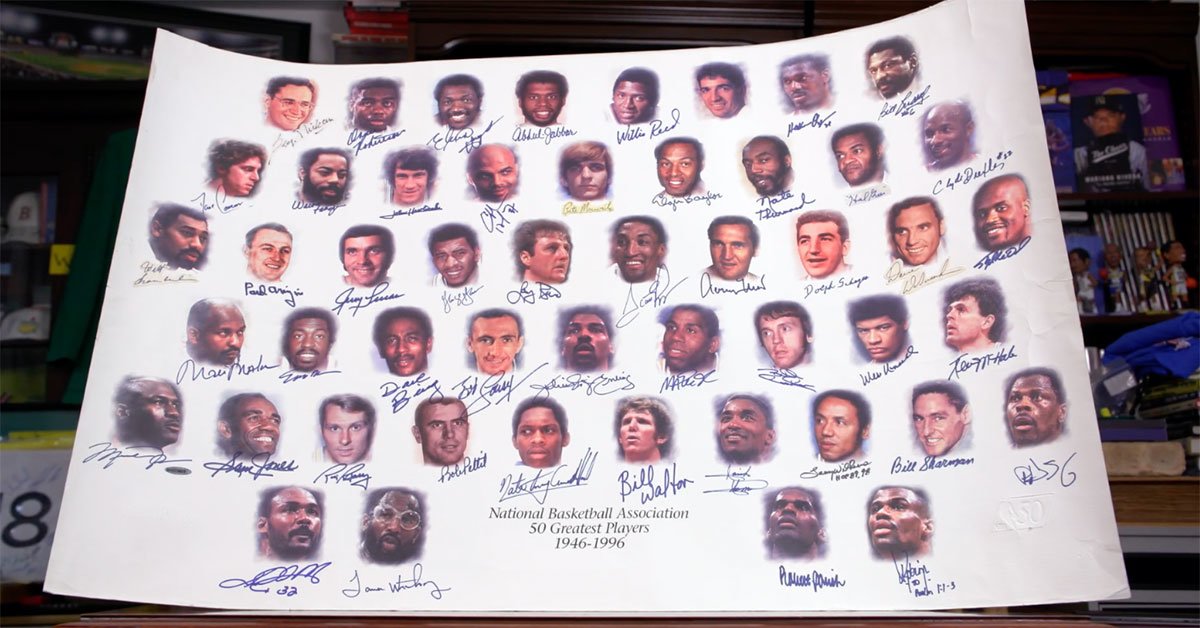 The NBA honored its 50 greatest players of all time in 1996 to celebrate the 50th anniversary of the Association. Some lithographs with all the players and their signatures (minus "Pistol" Pete Maravich) were sold… for a whopping $25,000. Rick purchased an unsigned lithograph and set about collecting all the signatures himself. Rick has 49 of the 50 (included Pistol Pete, which he has applied to the poster). The only holdout? John Stockton. C'mon, John! Even Patrick Ewing signed this one! This "holy grail" of basketball signatures is worth about $50,000. 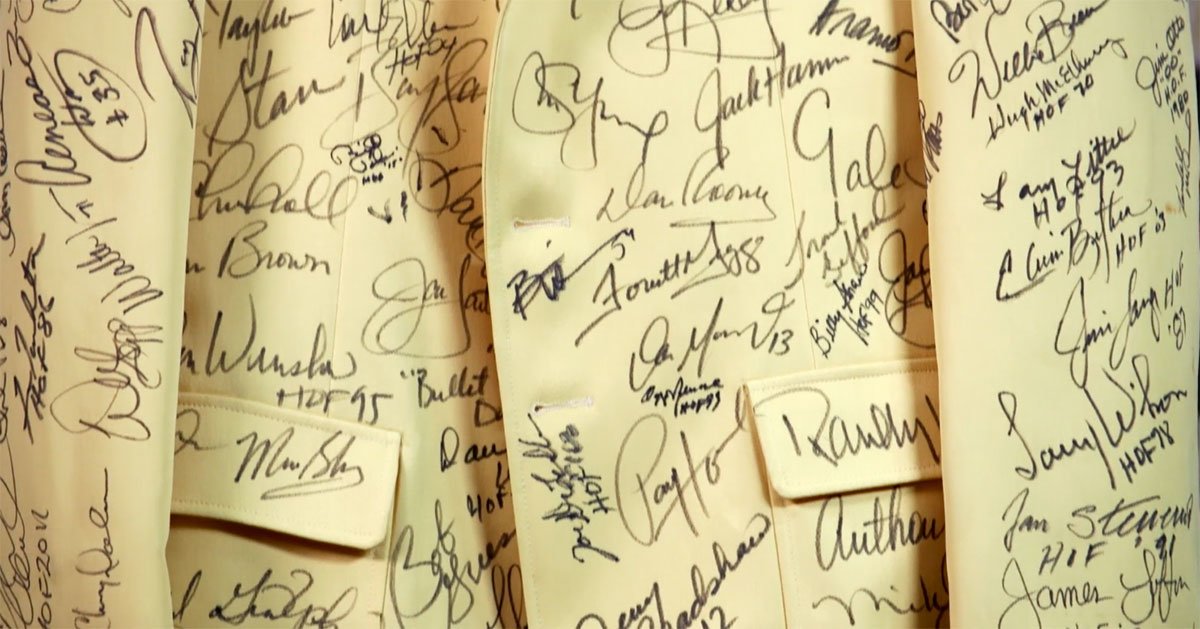 This yellow blazer, like the ones received by inductees to the Canton institution, features the signatures of more than 200 NFL Hall of Famers. There are only 326 total, so that is a good percentage of them. Rick has invested around $5,000 into the piece, which is now valued at $12,000. 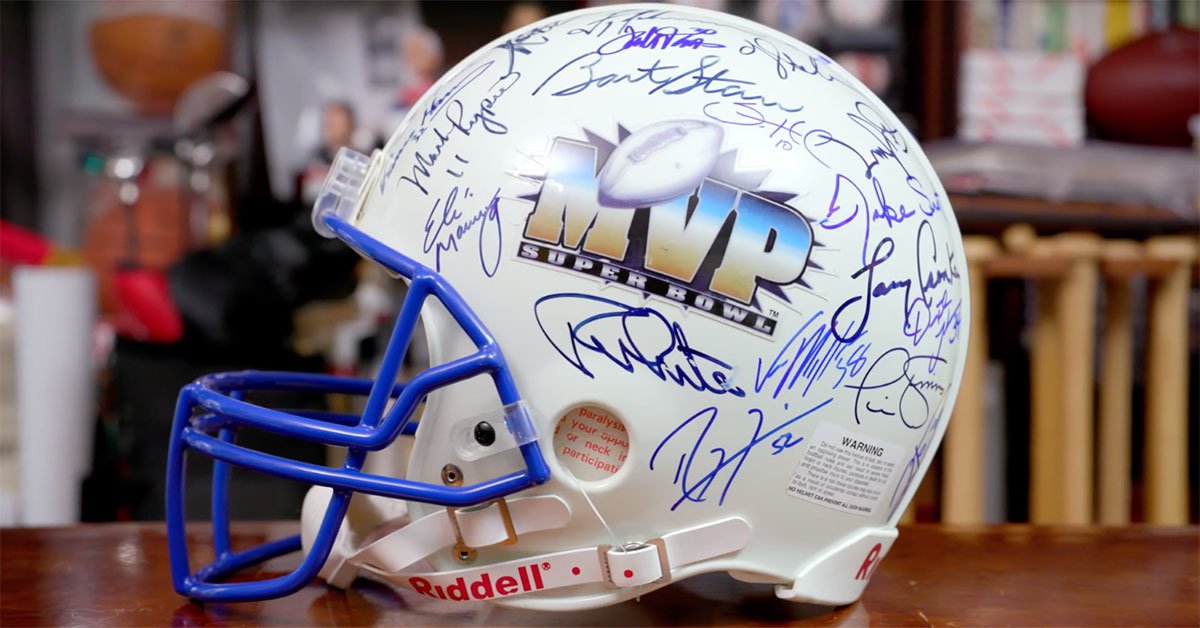 Similar to the jacket, this helmet features the signatures of Super Bowl MVPs — every single one of them over the last five decades. Rick purchased the helmet with the first 30 autographs, and has collected the last 20 himself. Consider it worth around $7,000.

Tags: Sports
Are you sure you want to delete this comment?
Close