Meet Danny Biederman: Inside the Collection 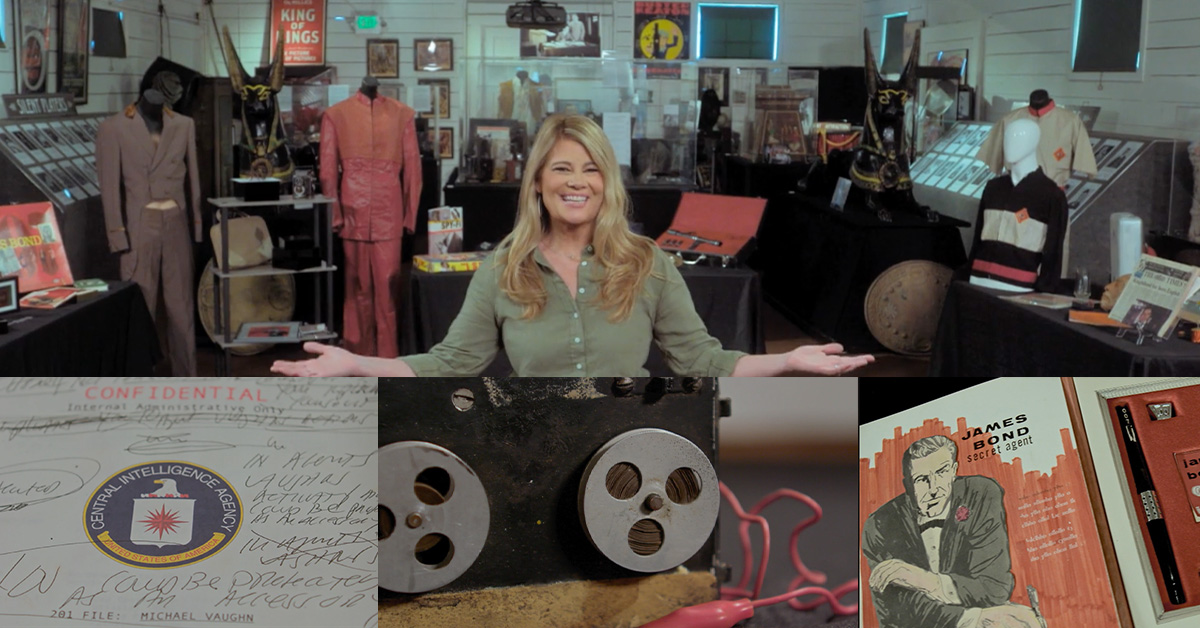 A broad valuation of Danny's collection just might be enough to cover the cost of the world's best spy.

It’s no secret that Danny Biederman knows his spy stuff. With more than 4,000 spy and espionage-related collectibles, Danny’s obsession for all things spy began after seeing some spy shows and movies in the 1960s.

His collection includes some of the most iconic items you can think of, like shoes and cigarette cases – or are they? – as well as some one-of-a kind-collectibles from the James Bond series, Get Smart, Man From U.N.C.L.E. and Mission Impossible to name a few. He even had his collection exhibited at CIA headquarters. Joining Lisa is our pop culture expert Mark Short, who’ll appraise Danny’s collection and see if he can convince him to make a spy-guy trade—a quintessential Get Smart gadget for one of Danny’s more modern and recognizable collectibles. 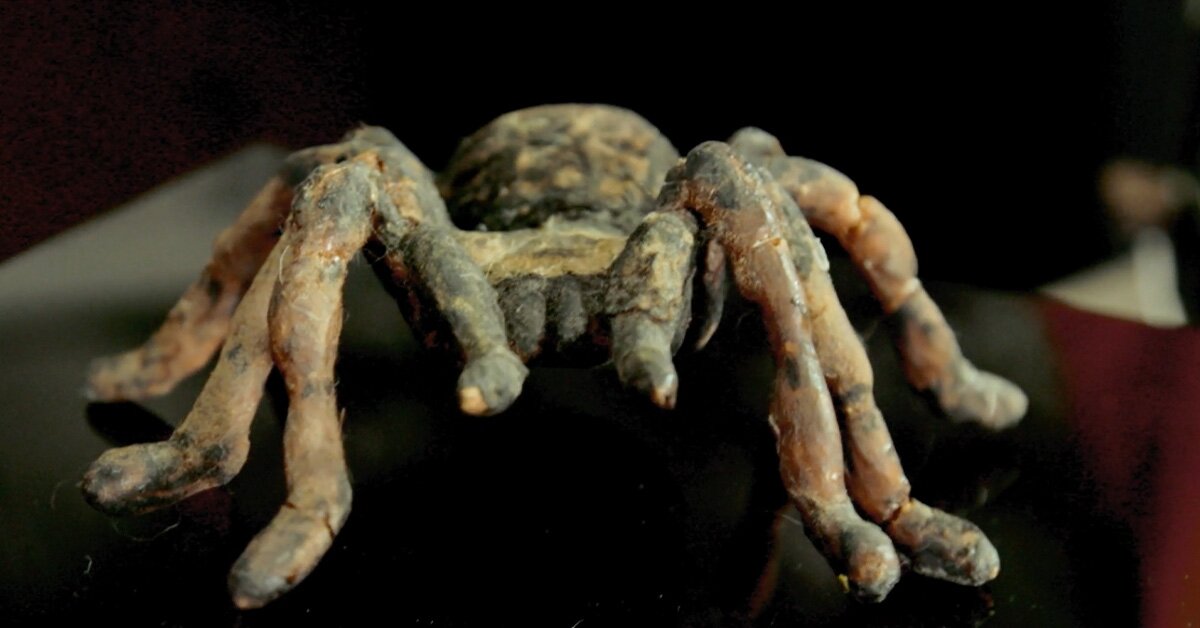 While this isn’t the actual spider that crawled along James Bond, this prop tarantula did get to interact with legendary actor Sean Connery while Dr. No, the first Bond film, was in production. With the correct documentation and photo evidence to prove it, this killer-crawler could be worth several thousands of dollars! 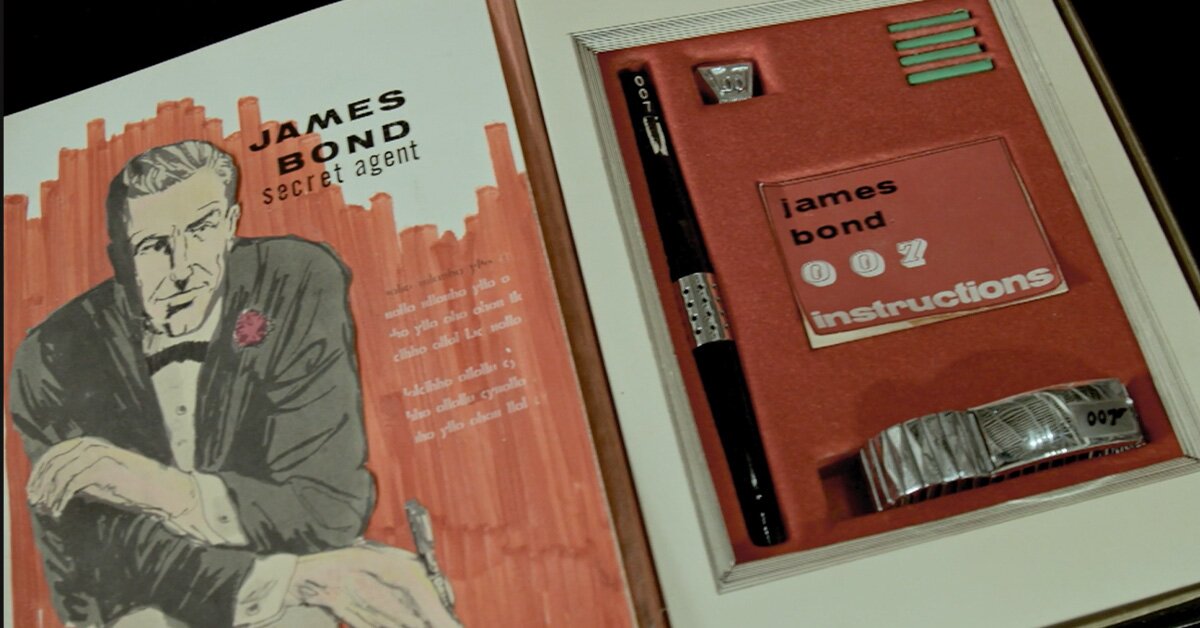 The best spy is the most deceptive spy, and this book could have been the ultimate toy for espionage! Danny has a one-of-a-kind toy prototype of an item that never went into production as a complete set. The toy book, with hand-drawn and original artwork, is authored by “J. Bond.” It seems like a regular old novel until it’s opened and the hidden compartment is revealed! While the gadgets inside the book - such as a Bond ID bracelet and trick pen - were sold separately, these items together make it unique. 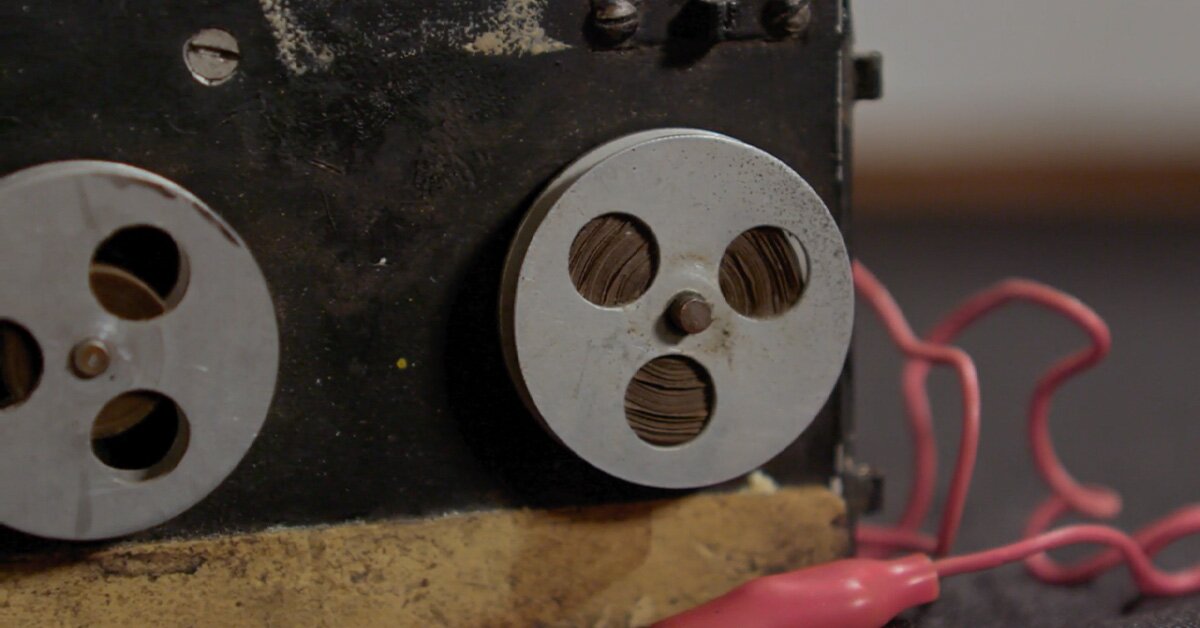 Another one-of-a-kind prop has found its way into Danny’s collection. This is the only tape recorder prop ever created for the series Mission Impossible! Plenty of tapes were used in the show, but were all simple, regular and real tape recorders. This one was custom-made for the series and is perhaps one of the most iconic parts to the show. There is only one way to receive information regarding an impossible mission, and that is from a tape recorder that self-destructs after the message is revealed! 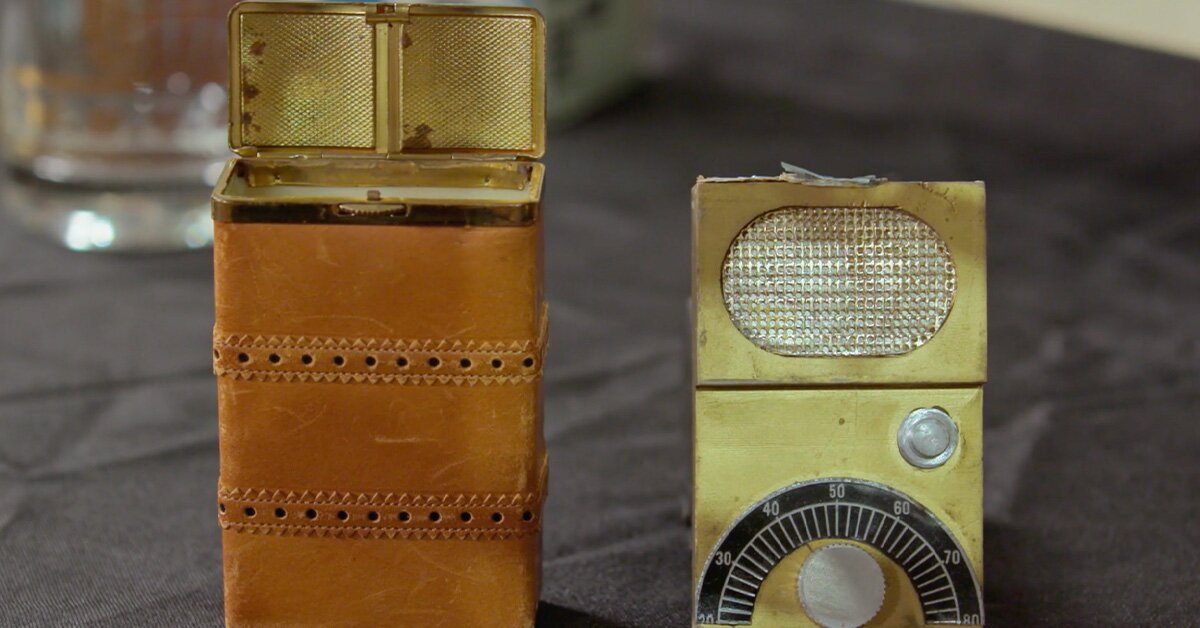 Danny says this piece was the hardest to find throughout his entire collection, part of the reason it is his favorite collectible. Robert Vaughn and David McCallum used this communication device as Napoleon Solo and Illya Kuryakin in the spy series. Masked by a cigarette case, the golden communicator is hidden away for maximum deception. Danny, during his pursuit of this collectible, quite literally saved this piece from being swept away in the trash. It might be a priceless item for Danny, but there is nothing deceptive about how much this piece could be worth! 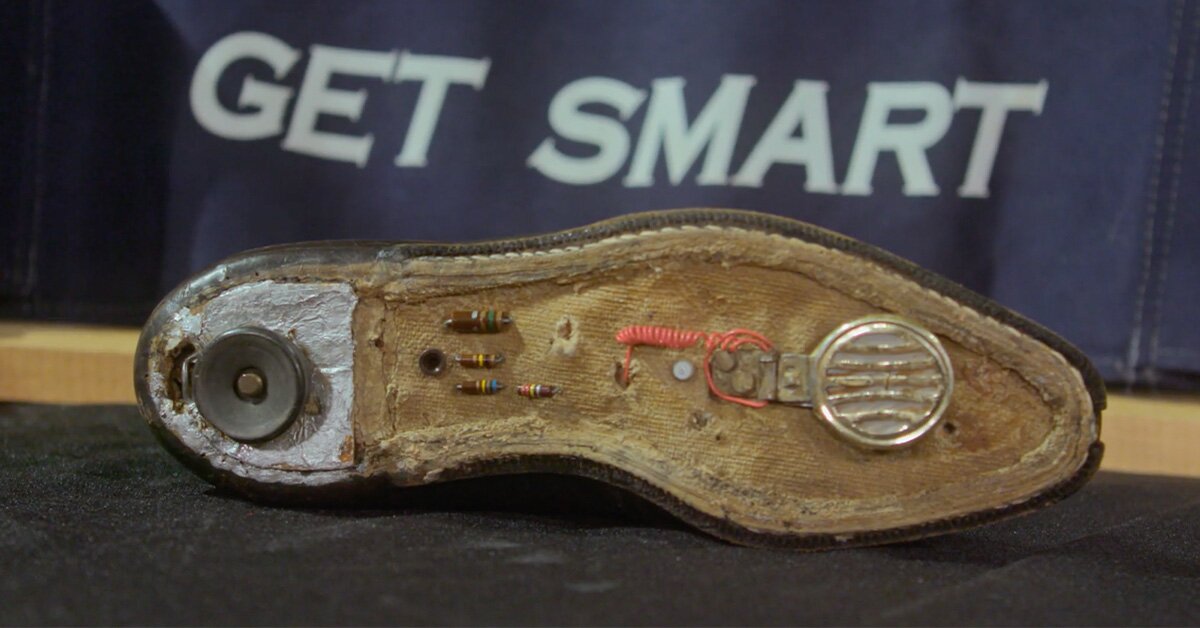 This iconic piece of spy-based technology is arguably the most recognizable piece in Danny’s massive collection. It’s a special collection, especially when the real-life CIA calls and asks to see it! That’s exactly what happened to Danny and of course this was a shoo-in to be the best item. 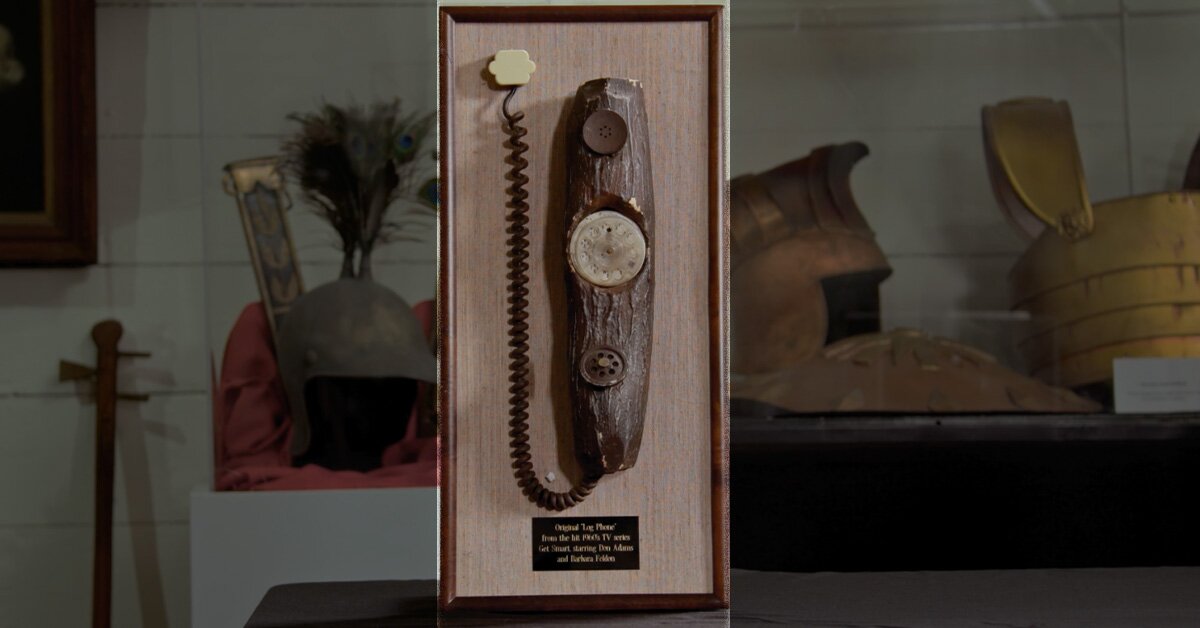 If communicating by shoe doesn’t have the best reception, perhaps Danny can try to reach a spy via this Get Smart  log phone! It’s no surprise Danny is already familiar with this communicator, which up for trade from our expert Mark. Will a deal get done? 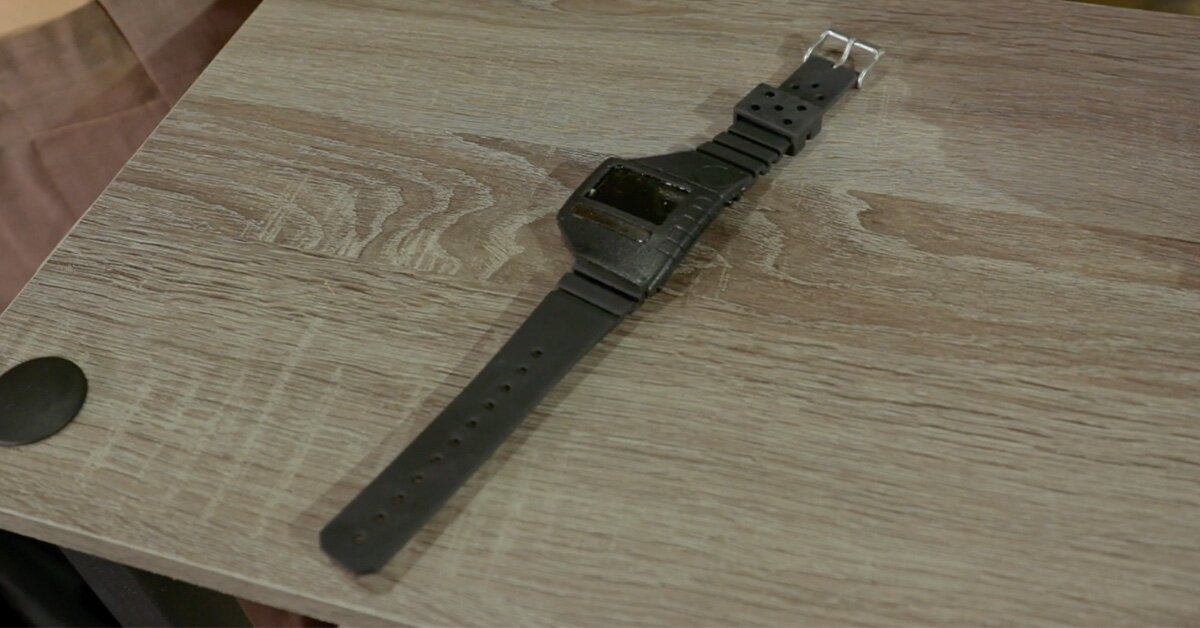 This communication device, used by Ethan Hunt in the Mission Impossible movies is perhaps the best way to discretely communicate as a spy. Hunt is played by Tom Cruise, part of the reason this is a widely recognized item in the spy-movie world.

RichLorn 5 months ago
I would love to read the instruction booklet inside the James Bond Prototype Toy.
1. Try on size 5 bracelet.
2. Make a squiggly line with the pen.
3. Return to store for your $19.95 refund.

Dave 5 months ago
I'm a secret agent and spy toy and prop collector and found this collection outstanding! Lots of cool stuff from all areas of spy collectibles!
Like Reply Delete

Monteolsen12 5 months ago
Awesome article and lots of fun to read and remember. Except the “log phone?”