Meet Victoria Maclean: Inside the Collection 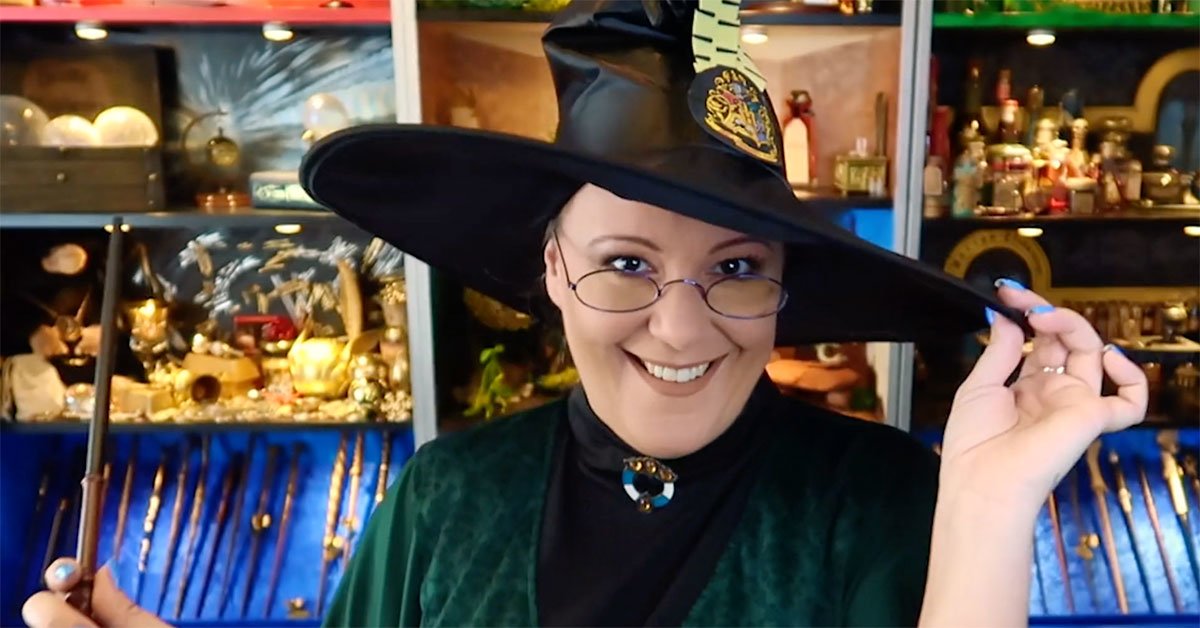 She has the world record for the largest Harry Potter collection on the planet!

With more than 6,000 items in her possession, Harry Potter fan Victoria Maclean holds the Guinness World Record for the largest collection of Wizarding World memorabilia. She showed us some of her most treasured pieces. 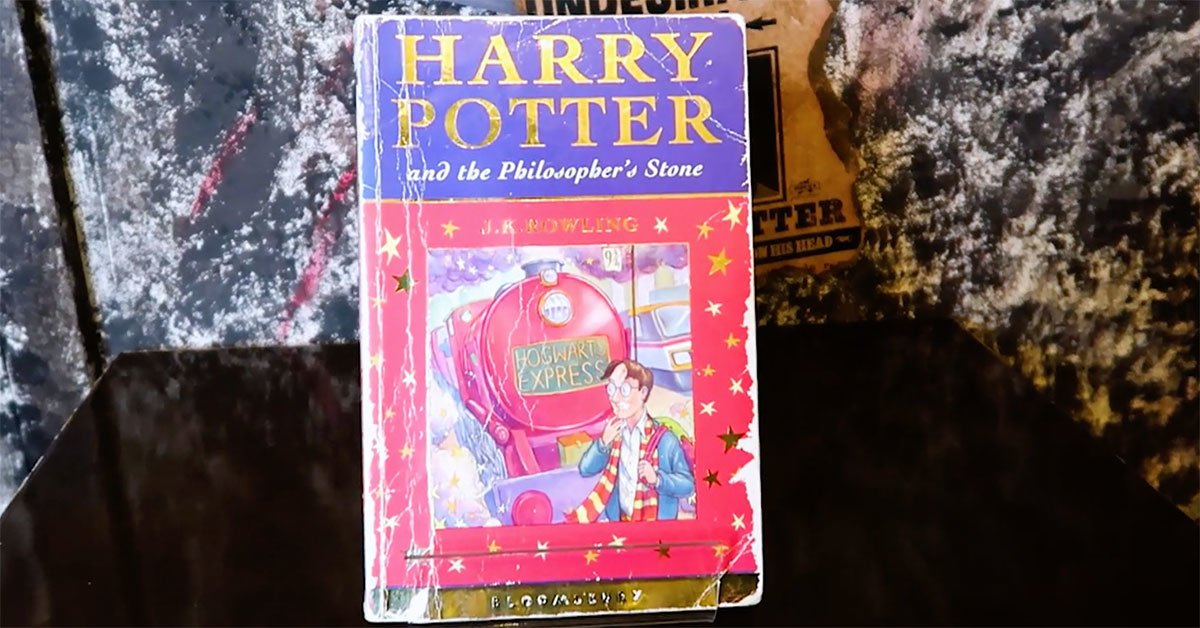 While it is far from the most expensive item in her collection, this paperback novel holds a special place in her heart. It was her first book — and the piece that ignited her love for Harry Potter and her passion for collecting. 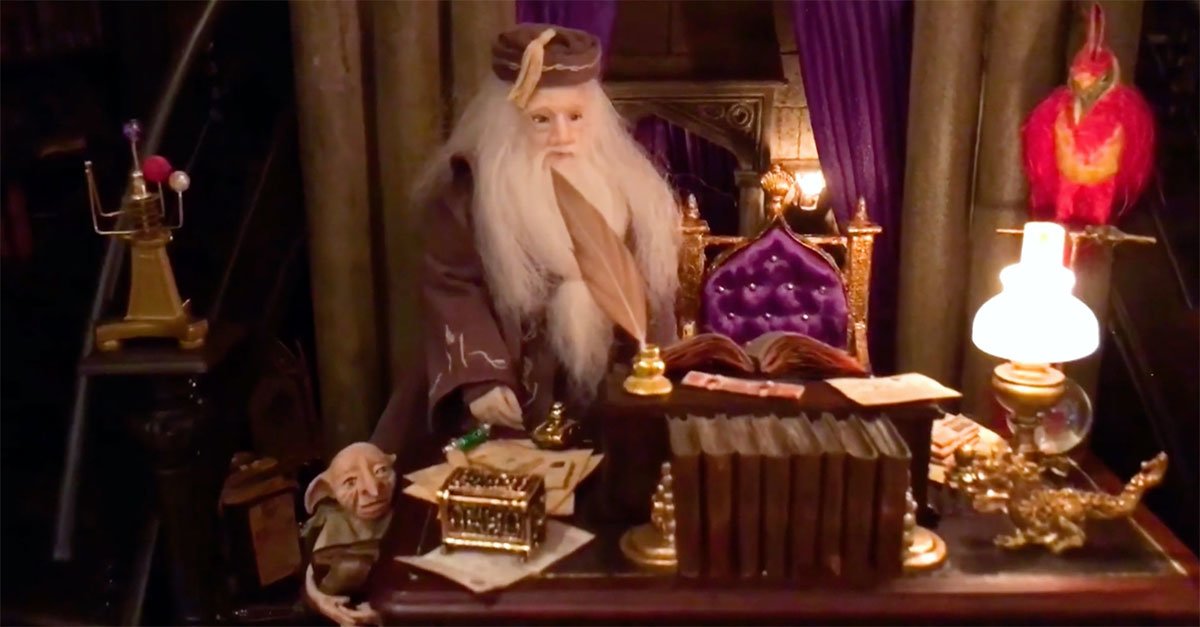 This handmade miniature is one-of-a-kind and took 11 months to build. It has 24K gold leaf. Just look at the detail! 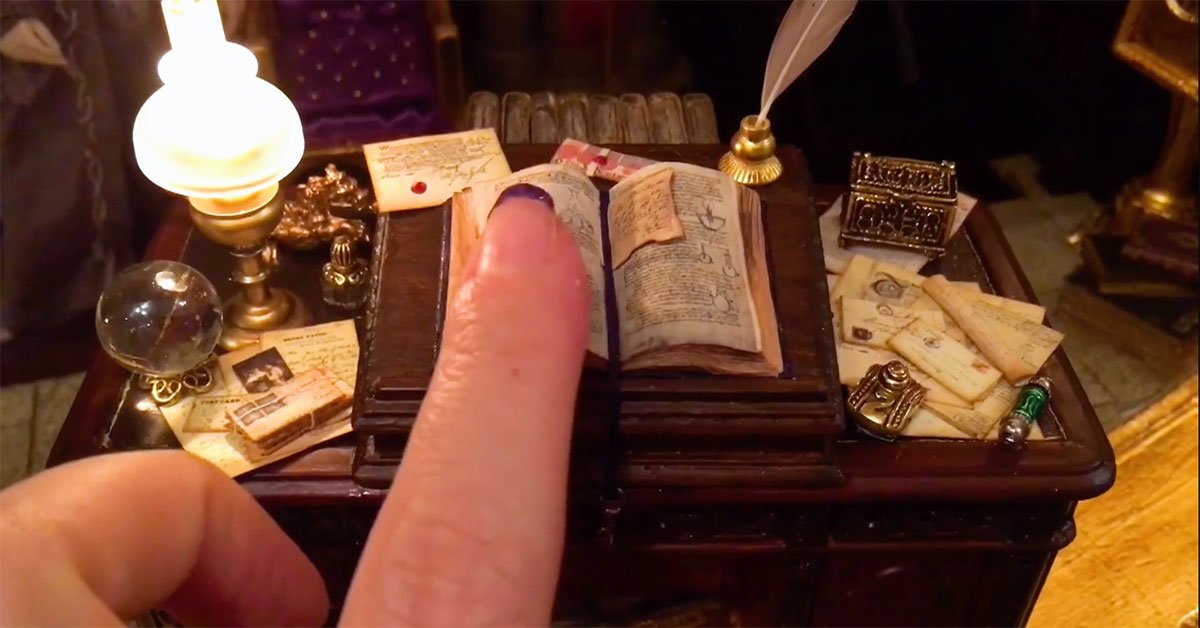 Here is a finger for scale. 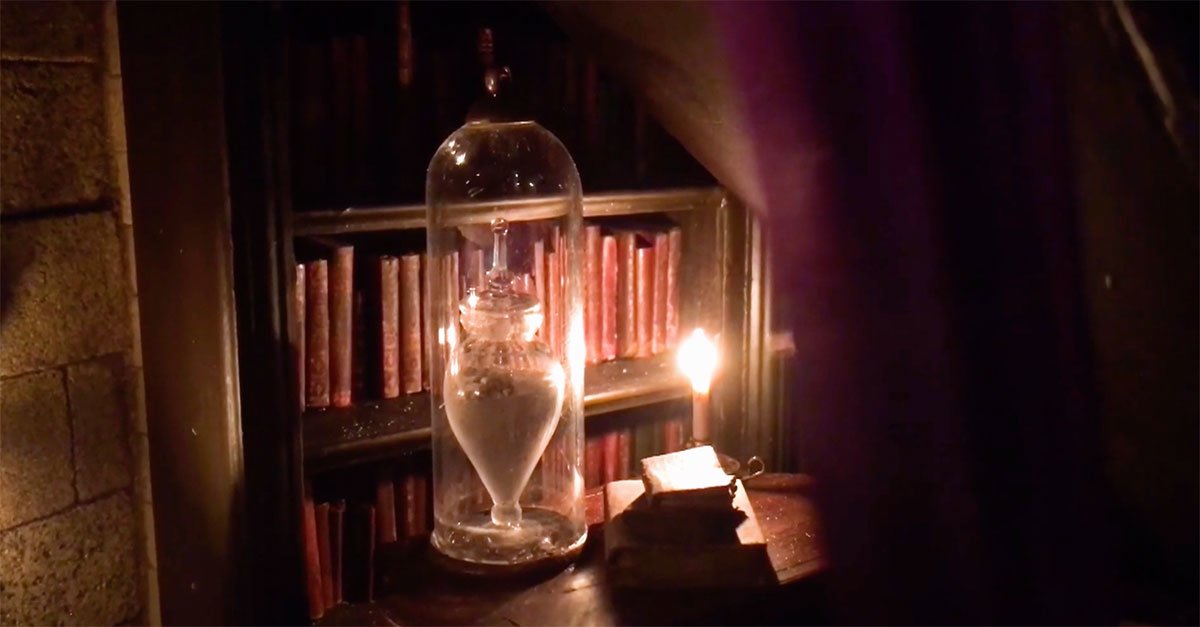 This miniature cabinet, built by Valentines Miniatures, is valued at $20,000. 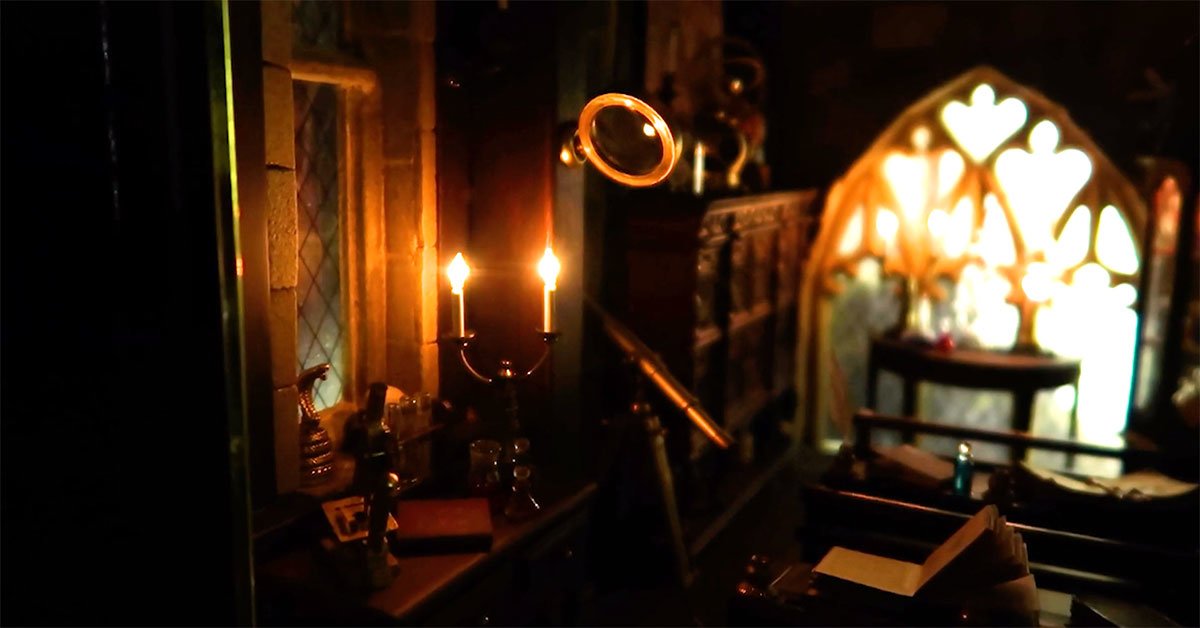 Another stunning cabinet set from Valentines Miniature, this classroom piece is valued at around $15,000. Victoria paid about £700 for it. 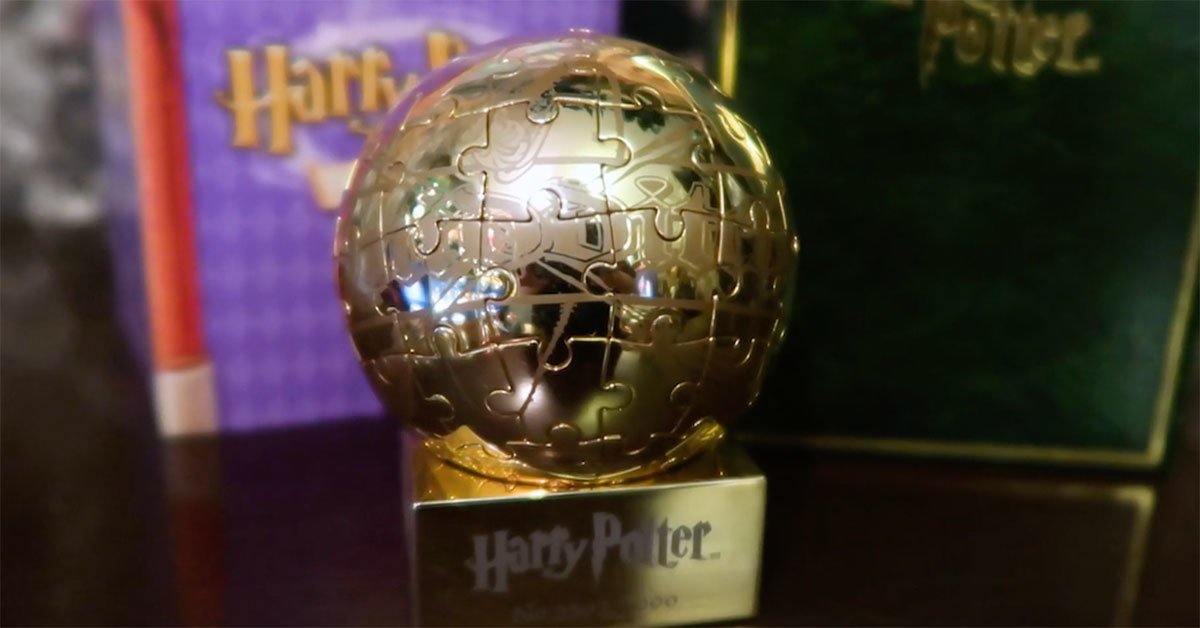 This 24K gold-plated "Snitch" puzzle was a limited production from Japan. It's worth about $300. 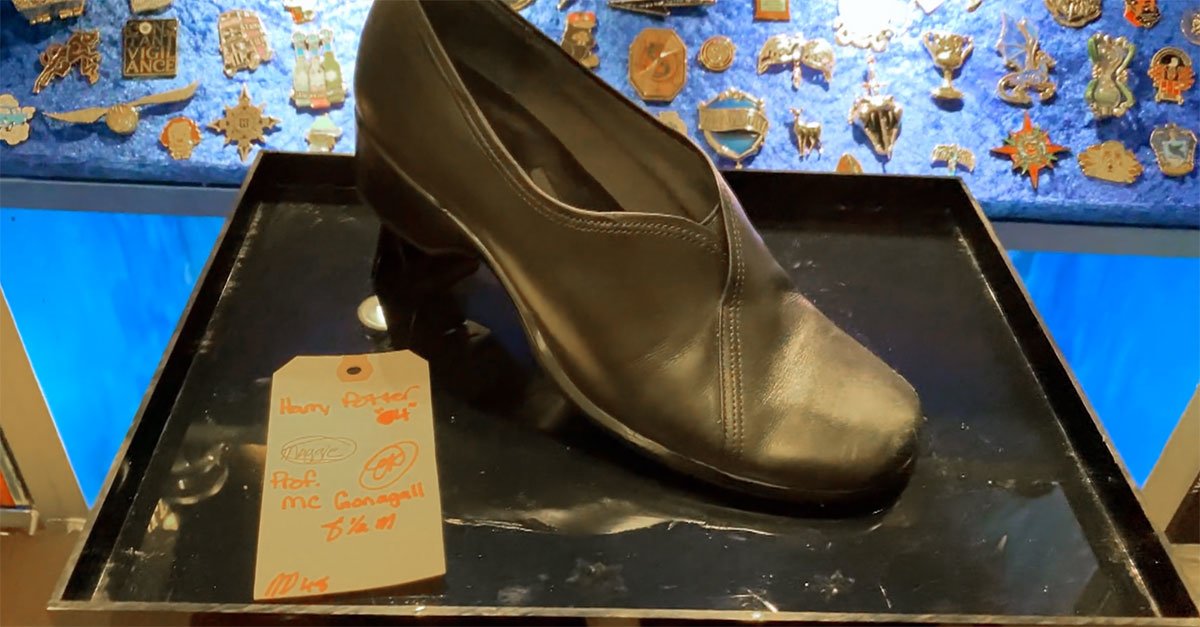 This leather shoe is purportedly a part of Dame Maggie Smith's costume from the fourth Potter film. Unfortunately, it has not been officially verified. But if it is, it's worth about $1,200. 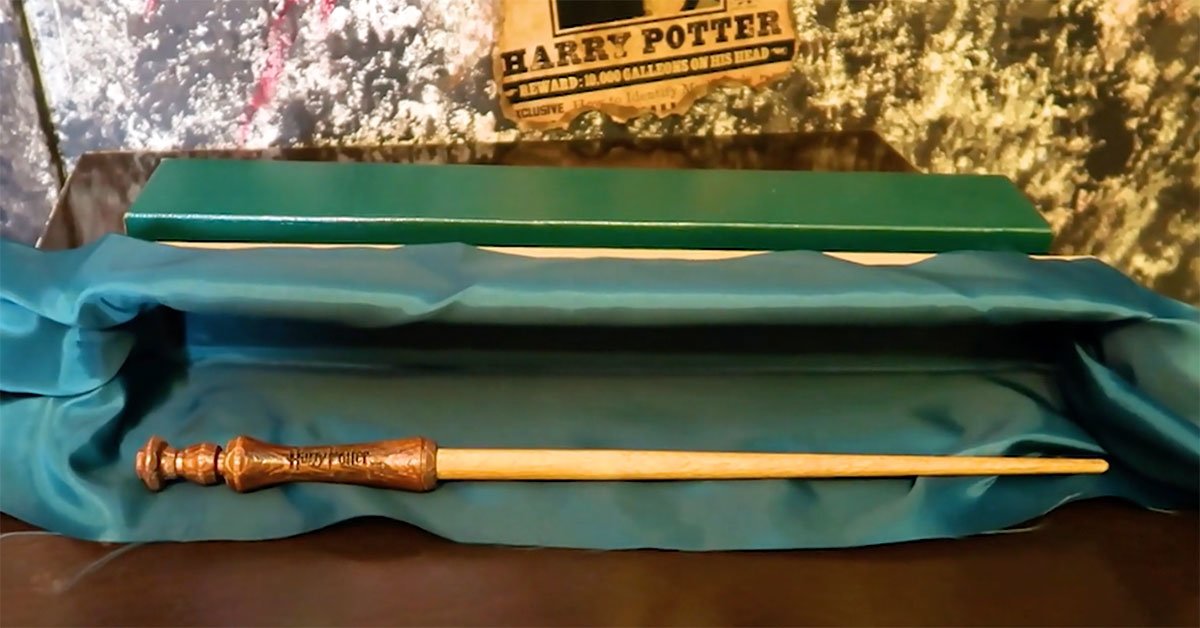 This wooden wand was given to early moviegoers who saw the 2001 cinema debut of Harry Potter. It is likely the first official tie-in wand made by Warner Bros. for the public. Victoria still has its original box with tissue paper. It's worth about $1,000. 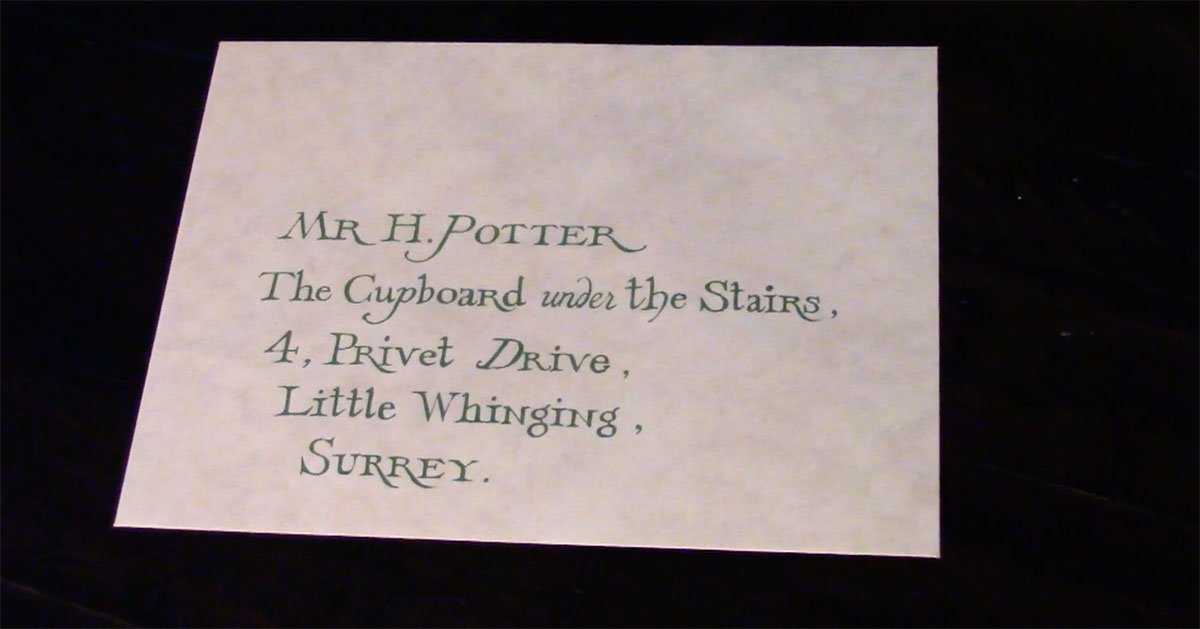 The latest addition to Victoria's collection, this letter was one of the prop letters that flooded Harry's house in the first film. You will note how the American title for the first tale was Sorcerer's Stone, while the British original was called Philosopher's Stone. 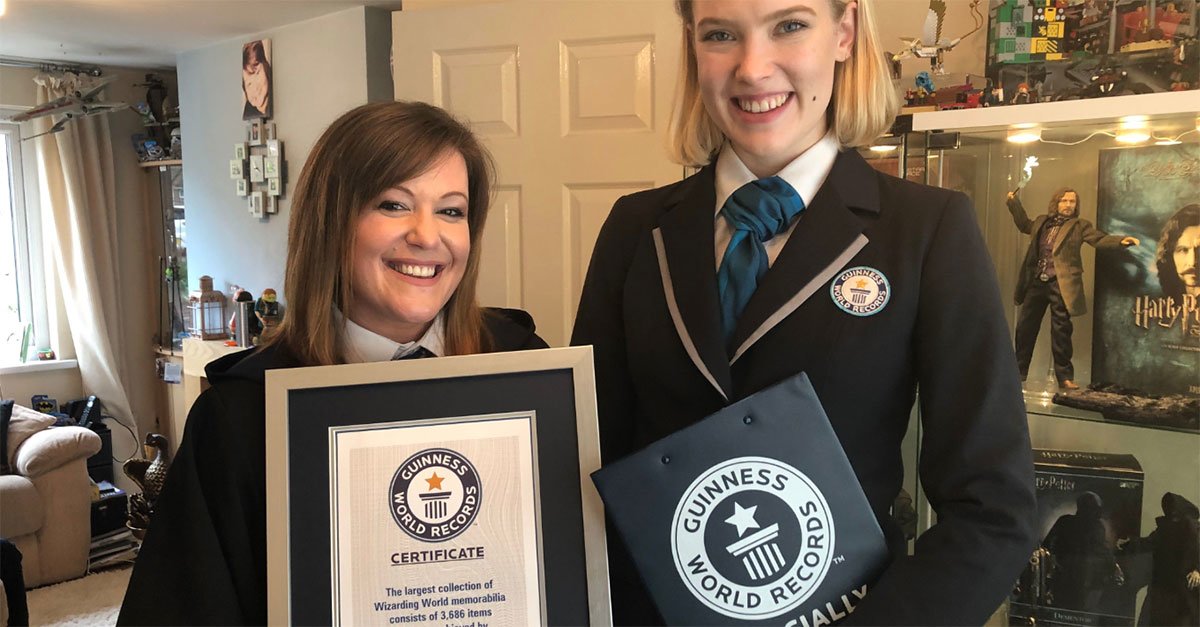 Indeed, Victoria is the Guinness World Record holder for Wizarding World memorabilia. She has the certificate to prove it! 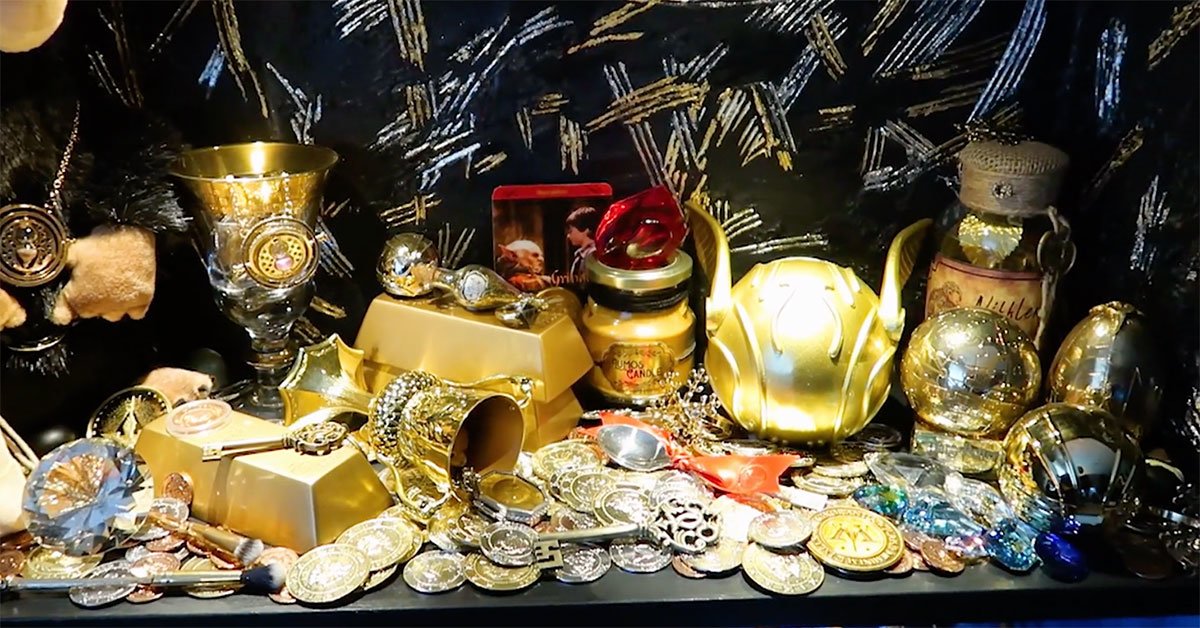 Victoria's collection is magnificently displayed in her home.