'Winky Dink and You' was the first tablet

The shift from keyboards to touchscreen is one of the major technological leaps of the new millennium. But using a stylus on a video screen predates personal computers. In fact, children were doing six decades ago.
Mention the name "Winky Dink" to a Boomer and chances are their eyes will light up. The spirited little sprite had an interactive Saturday morning show, Winky Dink and You, which aired at 10AM from 1953 to 1957 on CBS. The show asked kids at home to scribble on their televisions in a series of puzzles, games and connect-the-dots.
No worries — the cathode ray tubes of your living room's Zenith were safe. For half a dollar, families could purchase a thin sheet of static-cling acetate film (er, a "Magic Window") and a set of crayons. "Send your name and address, along with 50 cents, to Winky Dink, Box 5, New York, 19, New York!" Winky Dink would proclaim. After applying the film to the front of your TV, you could doodle away with your wax sticks. 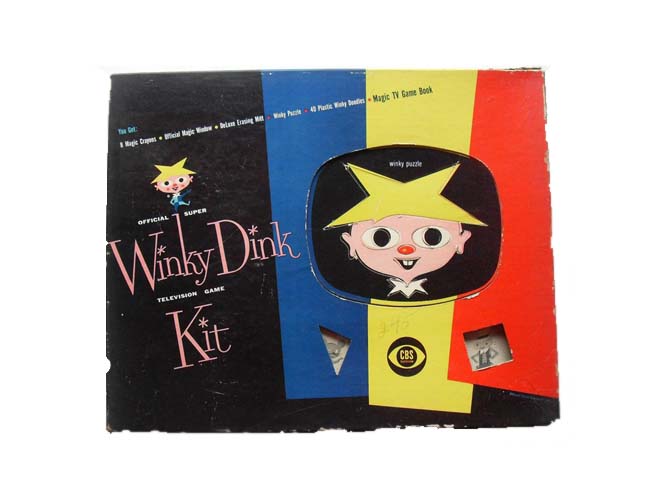 It sounds simple, but the show had a profound effect on the youth of the era. Bill Gates used a Winky Dink kit to explain Microsoft's interactive television, dubbing Winky Dink and You "the first interactive TV show." So the Surface just might be the brainchild of this 62-year-old slice of weekend entertainment. Fans of 1990s art-rock might recognize the name of the show's sidekick — Mr. Bungle. The Winky Dink character appeared in comic books and Golden Books.
Naturally, the show didn't last. Kids either felt excluded for not having the kit or scribbled on their naked TV screens regardless.