William Shatner is writing a biography of Leonard Nimoy 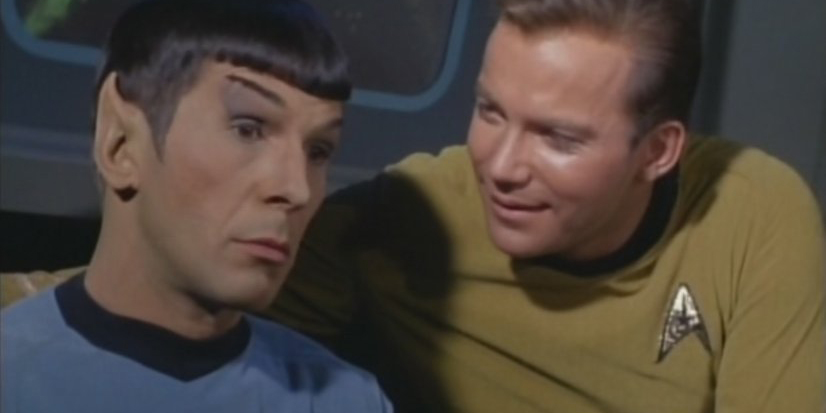 William Shatner is no stranger to publishing, from his nine TekWar novels to over a dozen Star Trek books and his own autobiography. Yet as the original Star Trek approaches its 50th anniversary, the 84-year-old is in a more reflective mood. Months after the unfortunate passing of his friend and costar Leonard Nimoy, Shatner is reportedly at work on a biography of the actor, tentatively titled Leonard: A 50 Year Friendship. The book is slated for release in 2016 from St. Martin's Press.
The bookshelves of Trekkies is bound to get full in upcoming months. Next week, Titan Books will publish The Autobiography of James T. Kirk, which takes a full fictional look at the captain's life.
Catch Kirk and Spock together every Saturday on Star Trek at 9PM | 8C as part of MeTV's Super Sci-Fi Saturday Night.