Where To Watch Shop Store Contact
Home / Stories / Who remembers the other two 'Trilogy of Terror' stories?
Nostalgia

Who remembers the other two 'Trilogy of Terror' stories?

It wasn't all about the Zuni warrior doll. 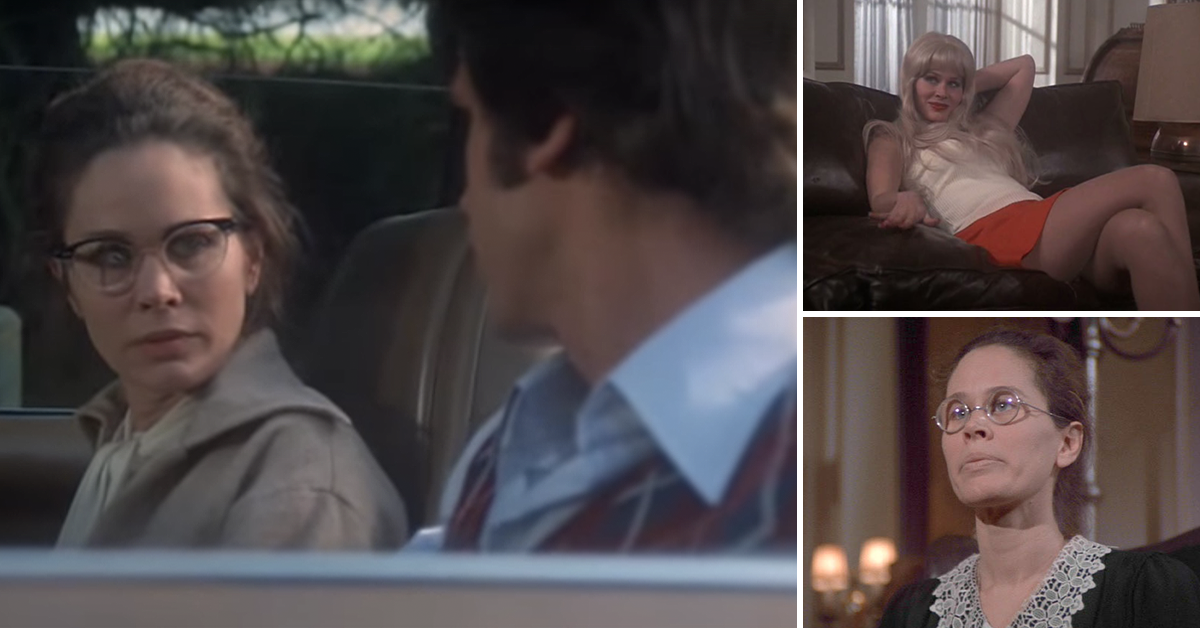 Scary movies have a way of resonating with an audience more than any other genre. That's why adults still turn off the television when thrillers like The Exorcist and Halloween come on during October.

When we talk about the made-for-TV movie Trilogy of Terror, it becomes clear that most people of a certain age have vivid memories of the frightening tale featuring a Zuni warrior doll who harasses a woman in a high-rise apartment building.

We decided to revisit the other two stories in the trilogy that spooked the nation back in March of 1975. Do you remember being scared by these classics?

The first installment of the series is more disturbing than it is scary. It's about Julie, a shy and unattractive college professor who doesn't get out of the house very often.

Julie does have an admirer though, and it's one of her students. We come to find out the admiration is more of an obsession, with Chad drugging Julie on their first date in order to take naked photos of her and blackmail her into seeing him again.

Fast forward one month later, and it seems Chad has a complete lock on Julie. Things have gotten so out of hand, Julie's roommate even notices a change and begins to worry.

But wait a second! Not all is what it appears to be. One day, Julie calmly tells Chad she's bored with the situation. Chad seems confused, and that feeling is amplified when Julie begins to explain she was actually the one in charge the whole time. Suddenly, Chad has a hard time breathing.

Yep, it turns out Julie is a serial killer who preys on her students. The installment closes with Julie tearfully crying to her roommate about Chad's death, followed by her taping the newspaper clippings of his death into a scrapbook.

Karen Black returns for double duty in the second story as sisters Millicent and Therese, who are locked in a brutal rivalry.

As you may have guessed, Millicent seems a little bit crazy. She's cross-eyed, has a maniacal laugh, and makes outrageous claims about her sister studying voodooism and satanism.

Millicent scribbles in her diary that she's scared for her life and immediately calls over the family doctor.

When Dr. Ramsey rings the doorbell, Therese answers wearing platform shoes and a mini skirt. She tells the doctor her sister doesn't want to talk at the moment, and everything will straighten itself out.

The rivalry spirals out of control when Millicent decides to kill Therese by using voodooism. She calls Dr. Ramsey to foreshadow the murder by saying, "I've found a way to deal with Therese."

The doctor rushes to the house to find Therese dead on the ground and Millicent nowhere to be found. It's only then we find out Millicent and Therese are the same person. Surprise!

Therese had multiple personality disorder and came up with Millicent to deal with a past tragedy. Out of the three installments, this one is the weakest and most predictable. We knew something was up when Therese answered the door the first time wearing the cheapest blonde wig we've ever seen.

Do you remember these two other tales? Or are you still frightened by the third installment?