We're you a fan of 'The McLean Stevenson Show' or 'Hello, Larry'? 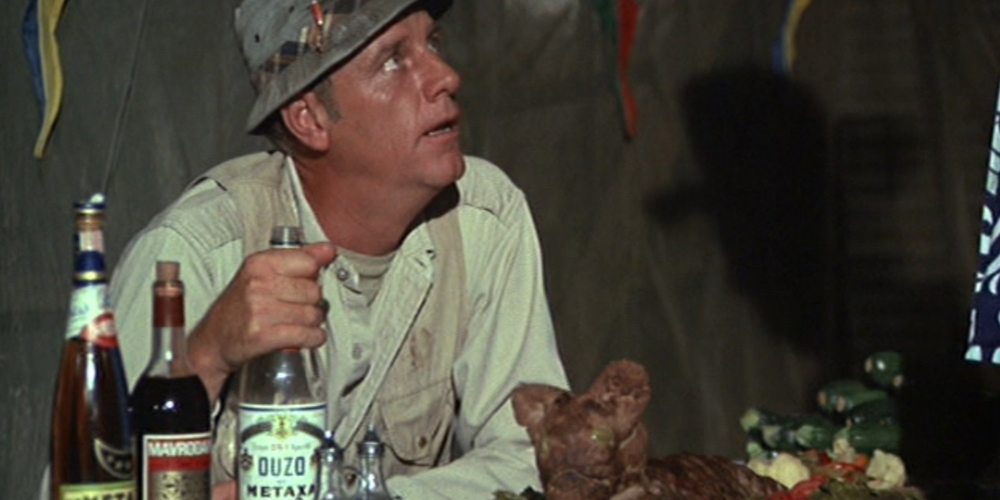 McLean Stevenson certainly had his fair share of television success. The Illinois native, a relative of politician Adlai Stevenson, graduated from Northwestern and went on to appear in That Girl and The Doris Day Show, before landing the role of Henry Blake in M*A*S*H. He had auditioned for the role of Hawkeye, but we think they got the casting just right. Stevenson's character was famously killed off the dramatic sitcom in what was arguably the series' greatest episode, the season three finale, "Abyssinia, Henry." He left the ensemble cast to pursue spotlight roles as a lead star.

November 14 marks what would have been the actor's 88th birthday. After M*A*S*H, Stevenson worked an infamous string of television flops (not to be confused with AfterM*A*S*H). From 1976 to 1983, he headlined four different comedies. Only one of them scrapped its way to a second season. While the shows are not classics, they far from abysmal. Even his Norman Lear collaboration bombed. The network biz is a dog-eat-dog world, and Stevenson's shows faced stiff competition for public eyeballs.

These are the four shows starring Stevenson in that post-M*A*S*H run. Do you remember them? Which one do you think deserved more time?

The Mclean Stevenson Show (1976–77)
Episodes: 12
Competition: The Bionic Woman, CBS's evening of Good Times, All in the Family and Alice.

We have a soft spot for this first go, partially because it is set not far from our office in Evanston, Illinois — just blocks from Stevenson's alma mater! It also sported a bouncy theme song from Paul Williams. Veteran western actress Barbara Stuart, also born in Illinois, played the wife. At least the casting was true to the setting!

In the Beginning (1978)
Episodes: 9
Competition: Eight Is Enough

Norman Lear created this one, about a priest and a nun running a mission in a rough part of Baltimore. "You'll pray for more when a conservative priest works with a liberated nun!" the promos promised. Alas, it was not meant to be. Another solid theme song, though.

A lead in of Diff'rent Strokes, which was hovering around No. 25 on the Nielsen charts, gave this third try more legs, but not much. There was pedigree here, as creators Dick Bensfield and Perry Grant had classics like The Adventures of Ozzie and Harriet and The Andy Griffith Show to their credit. Stevenson played a talk show host in the Pacific Northwest, giving the show a bit a Frasier vibe. However, this one had a Harlem Globetrotter in the cast. This over-descriptive theme song bordered on spoiling too much of the show, like a trailer that shows too much of a movie.

Stevenson's insurance salesman character falls on hard times and moves into a less-well-off neighborhood in Los Angeles. One of the more notable things about this gig was that it co-starred Marc Price, a.k.a. "Skippy" from Family Ties.