Commercial break: The most popular phone colors of the 1960s 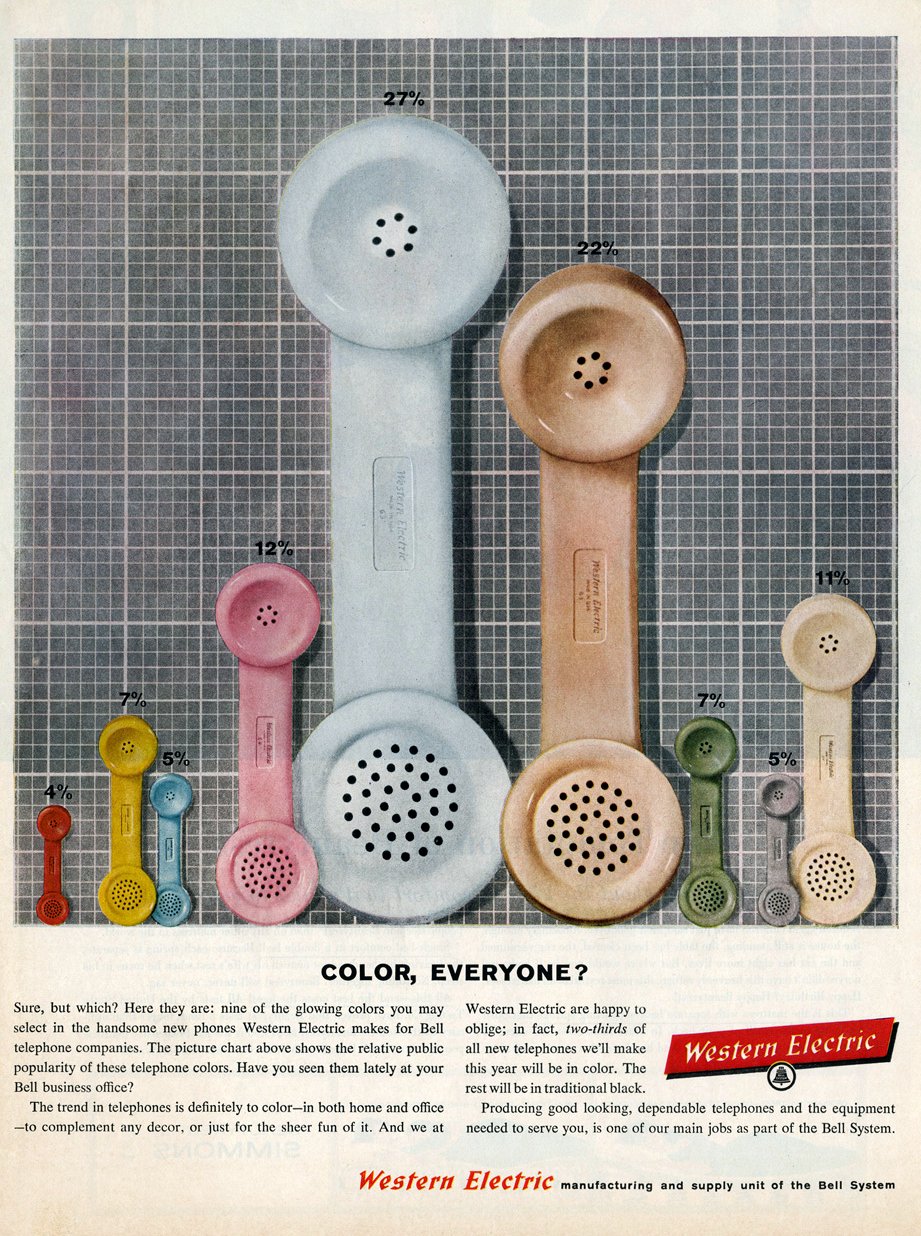 In today's modern world, our smartphones come in a rainbow of colors. We snap bright plastic protective cases on our Samsungs and iPhones, while Motorola's Moto Maker allows tech heads to customize their cell in everything from violet to bamboo wood grain. But colors are nothing new to the world of telephones. This vintage Western Electric advertisement from the 1960s shows off the company's range of the era.
What's more interesting is that the print ad doubles as an infographic ranking the colors in popularity. Baby Blue leads the pack at 27%, while plain ol' Gray brings up the rear at 5%. This being the 1960s, Pink comes in at number three. Hey, they had to match all those delightfully bright kitchens.
The ad copy proclaims that two thirds of all telephones at the time were colored, while the remaining third were black. In contrast, a survey conducted in 2014 found that consumers prefer black cellphones over all other colors — in some countries by a majority. Where's the fun in that?
Which color phone did you have growing up?