We love this map made of 700 TV show names

This art print would make a great gift for the television lover. See how many titles you can spot. 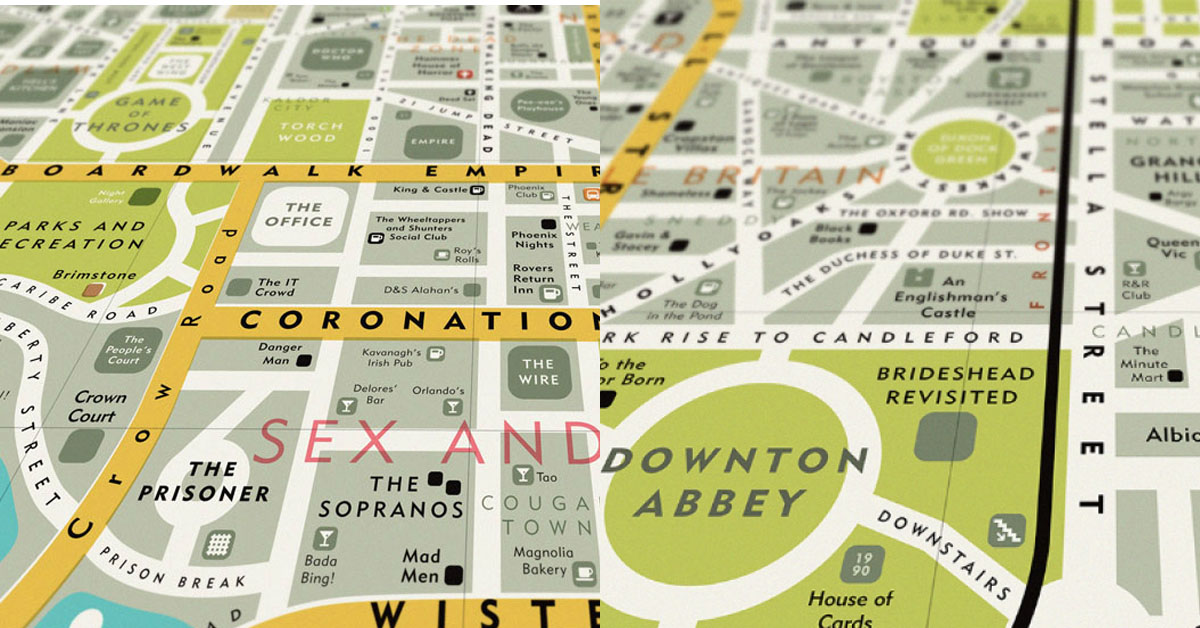 Dorothy is an art studio based on the U.K. The Brits have been churning out lovely pop culture prints based on classic television and movies. One in particular catches our fancy, as it's riddled with our favorite shows.

The four color lithograph simply titled "T.V. Map" depicts a fictional city with streets, parks, landmarks and islands named after classic television series. According to the website, it's based off a 1960s map of Washington, D.C., to honor the home of America's first television station.

In the lower right, you can see the Star Trek road cutting through The Twilight Zone district. It's just across the water from Naked City. We also spotted 21 Jump Street (of course), Fantasy Island, The Land of the Giants, Gilligan's Island and Mission: Impossible. In total, there are 700 titles. The print costs £25 (about $38).

Previously, we shared holidays gifts for the television lover. Add this one to the list. 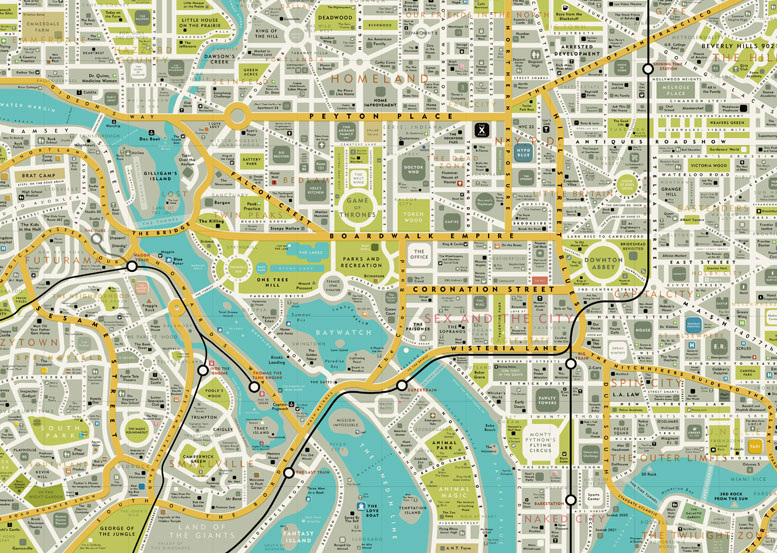